Inflammation of the prostate, unfortunately, is a fairly common ailment. According to statistics, almost half of men at this or that age face this problem. The causes of inflammation may be different, and therefore in modern medicine, several types of this disease are distinguished. One of them is bacterial prostatitis.

Because of the widespread spread of the disease, many men are interested in more information about it. What are the causes of bacterial inflammation? What symptoms should I pay attention to? What methods of modern treatment are most effective?

What is prostatitis? The main forms of the disease 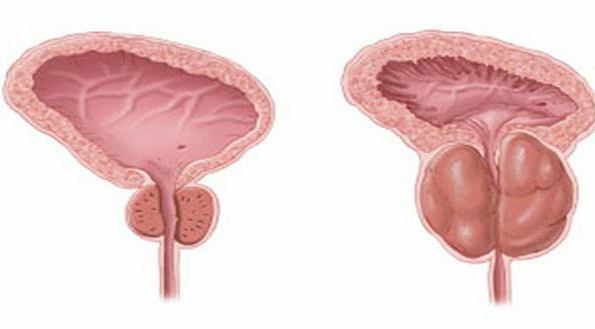 Before considering the question of what bacterial prostatitis is, it is worth analyzing what the prostate gland or prostate is. It is a small organ that is part of the reproductive system. It is located just below the bladder, around the urethra. The prostate produces up to 70 percent of the seminal fluid, which then mixes with the sperm that forms in the testicles. Also, the prostate gland plays a role in the process of ejection of sperm and supports an erection. In addition, it affects the retention of urine.

Prostatitis is a disease that is accompanied by an inflammatory process in the tissues of the prostate. Depending on the causes of development in modern medicine, several main types of disease are distinguished:

As the name itself says, the inflammatory process in this case is related to the activity of bacterial microorganisms. The causative agents of bacterial prostatitis often penetrate into the prostate tissue in the presence of venereal infections in the patient. Virtually any sexually transmitted disease( eg, gonorrhea, chlamydia), can lead to inflammation of the prostate.

In middle-aged men, opportunistic pathogens, for example E. coli, can act as pathogens. A slightly different picture is observed in elderly patients. The fact is that many men over the age of 50 are diagnosed with benign prostatic hyperplasia( accompanied by proliferation of tissues).With a similar pathology, the evacuation of secretory fluid from the prostate is difficult, as a result of which it begins to accumulate inside the gland. Stagnation of secret leads to active multiplication of pathogens and, accordingly, to inflammation.

Also bacterial prostatitis can develop against a background of various pathologies of the genitourinary system. For example, inflammation is much more often diagnosed against the background of bladder obstruction, urinary tract infection, epididymitis, urethritis. Distribution and penetration of the infection inside facilitates phimosis( fusion of the extreme flesh).Provoke inflammation of the prostate can various perineal injuries, the installation of a urinary catheter, a previous cystoscopy( internal examination of the bladder), or a biopsy.

Are there risk factors?

As can be seen, the causes of inflammation of the prostate gland may be different. In addition, there is a group of so-called risk factors, the presence of which increases the likelihood of developing both acute and chronic prostatitis:

What are the symptoms associated with the disease? 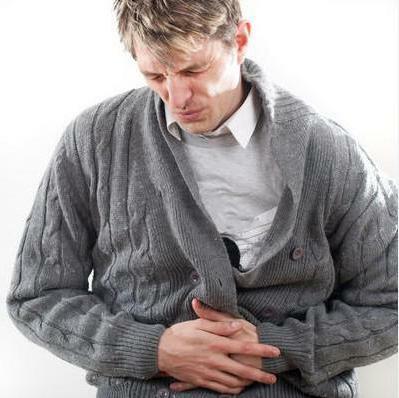 Along with this, there are problems with the work of the genitourinary system. The process of urination becomes difficult and painful, urges are more frequent. However, the bladder is not fully emptied. The jet with urination becomes weak, while urine itself acquires a rather unpleasant odor. Also, it may contain small amounts of blood. Perhaps the appearance of soreness and burning in the urethra.

Patients often notice other symptoms of bacterial prostatitis. In particular, there is pain in the pubic region, which also gives to the lower back. There may be soreness in the testicles and crotch area. Men have problems with erection, and ejaculation is accompanied by painful sensations. Sometimes in the semen you can see traces of blood. Also, pain is present during defecation.

Having noticed similar symptoms, you should immediately consult a doctor. The earlier a patient receives qualified medical care, the less likely the transition of the disease into a chronic form.

Immediately it is worth noting that this form of the disease is rare. Chronic bacterial prostatitis can be associated with the activity of bacteria that are protected from the effects of drugs, since they are deep in the tissues of the prostate. In addition, some microorganisms become insensitive to antibiotics of a wide range of effects.

Exacerbation of chronic bacterial prostatitis is accompanied by almost the same symptoms as the acute form of the disease. There is soreness with urination, pain in the abdomen and perineum, the presence of blood in the urine and semen. On the other hand, an increase in temperature and other signs of intoxication of the body are rare. The aggravation is replaced by a period of relative well-being - the man feels normal, but there are some irregularities in the genitourinary system. In particular, patients suffer from frequent urge to urinate. There are also problems with erection( sometimes up to serious erectile dysfunction) and a decrease in sexual desire. 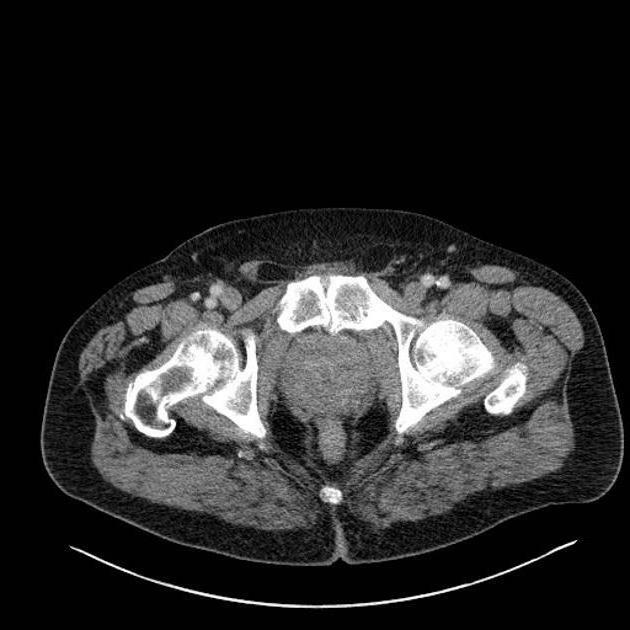 To begin with, the physician conducts a physical examination and collects an anamnesis in order to obtain a complete picture of the symptoms that disturb the patient. As a rule, this is enough to suspect prostatitis and prescribe additional tests.

The patient gives blood and urine specimens, the analysis of which helps to detect markers of inflammation. Also, a digital rectal examination of the prostate gland is necessary, which allows the doctor to determine the size, contours, consistency of the organ, the degree of soreness and some other parameters. In addition, during the massage of the prostate, samples of her secret can be obtained, which are then sent for laboratory analysis. Sowing samples helps determine the type of infection and the degree of its sensitivity to certain drugs.

Further examination is only carried out if there are suspicions of complications. With the help of cystoscopy, the doctor can examine and assess the condition of the urinary canal and bladder. Sometimes urodynamic tests are additionally carried out. Transrectal ultrasound and computed tomography help to better study the condition of the prostate, to detect the presence of abscesses or stones. If a malignant cell degeneration is suspected, a biopsy of the prostate gland is performed. 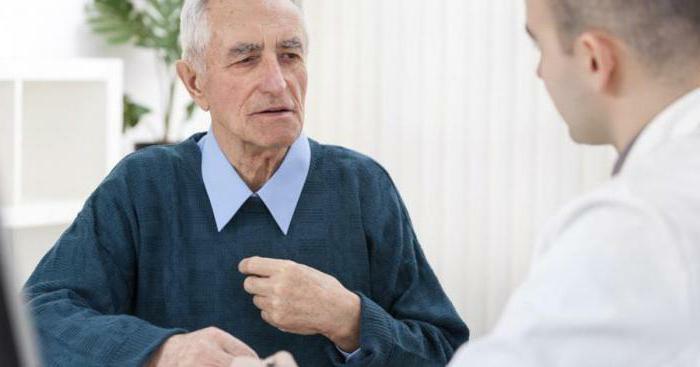 After a full examination, the doctor will be able to make the most effective therapy scheme. As a rule, in the first place, the treatment of bacterial prostatitis with antibiotics is prescribed. In particular, drugs containing tetracycline and ciprofloxacin are considered to be quite effective antibacterial agents. Depending on the severity of the disease and the type of infection, antibiotic therapy can last from four to six weeks. Sometimes in the first few days the drugs are injected intravenously, and then they switch to the tablet form. With a chronic form of inflammation, treatment can last up to 12 weeks.

Other drugs are also used to treat bacterial prostatitis. In particular, relieve the condition of the patient can antispasmodics, which help to relax the neck of the bladder and reduce pain during urination. As a rule, the treatment regimen includes Alfuzosin, Terahozin, Silodozin, and others.

If necessary, the patient is prescribed pain medication, namely non-steroidal anti-inflammatory drugs( Paracetamol, Ibuprofen), which also help to remove fever. Positively on the condition of the man will affect the reception of multivitamin complexes, immunomodulators, biostimulants.

Also in the process of treatment can be used various methods of physiotherapy, in particular:

All of the above methods help to normalize blood circulation and eliminate stagnant processes.

When is surgery necessary?

Surgery is an extreme measure. It is used only if long-term medication and other methods of treatment do not have any effect. The surgical procedure for partial resection of the prostate gland is usually performed by elderly patients. At a young age so radical treatment is avoided, as it sometimes leads to impotence, enuresis and infertility. The operation is most often prescribed for elderly patients with chronic forms of prostatitis, because they have to suffer from problems with urination and constant pain for many years. If necessary, an additional plastic correction is performed, which helps restore the urinary tract, normalize the bladder.

Alternative treatments for the disease

Naturally, there are some other, less traditional methods of treatment of prostatitis. For example, sometimes a good effect gives medicinal microclysters, treatment with leeches, acupuncture, massage.

Patients with chronic forms of the disease are recommended to have a sanatorium treatment. Also positive on the condition of the body will affect special physical exercises that will help restore blood circulation and eliminate stagnation of blood in the pelvic organs.

How to treat bacterial prostatitis using folk remedies? To date, there are many tools available to eliminate the inflammatory process. In particular, warm sessile baths from yarrow broth, horsetail, sage are sometimes positive on the condition of the pelvic organs. Also, special rectal suppositories are prepared from bee products and medicinal herbs.

In any case, it is worth remembering that before using any remedy, you should always consult a doctor.

What are the patient projections? 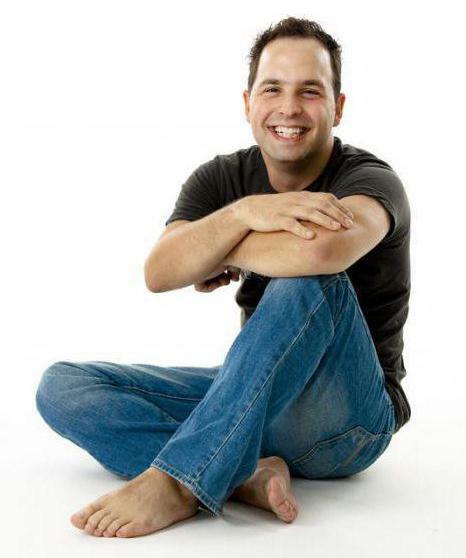 Does the treatment of bacterial prostatitis in men achieve good results? Immediately it is worth saying that the success of therapy will depend on many factors, including the stage and form of the disease, the age of the patients, the presence of concomitant diseases, etc.

Acute bacterial prostatitis responds well to drug treatment. Already a few days after the start of therapy, the patient can note an improvement in well-being. On the other hand, improper treatment, lack of it, or cessation( for example, quite often men stop taking medication with the disappearance of symptoms without completing a full course) can lead to the development of a chronic form of the disease.

Chronic prostatitis is a disease that is much more difficult to treat. Relapses can happen again and again. And in such cases, doctors often recommend surgical intervention to patients. The results of surgical treatment are usually positive. Again, sometimes the operation is fraught with not too pleasant consequences.