"Pnevmo 23" is a vaccine, with the use of which prophylaxis of diseases arising from the defeat of the body by pneumococci. This immunostimulating agent, it is administered once to form the immune system to the main serotypes of bacteria( 23 serotype).The drug is contraindicated in children under two years of age due to lack of immunogenicity. At this age, children do not develop a permanent immunity to pneumococci. Vaccination, which protects against infections caused by pneumococci, is included in the vaccination calendar, which is performed with a preventive purpose to protect the population. First of all, vaccination is necessary for children. To reduce the incidence of pneumococcal infections among the population, two drugs are used in Russia. This is Prevenar and the Pnevmo 23 vaccine. The instruction attached to each of them contains different information on the composition and scheme of vaccination. These drugs have significant differences.

It is known that there are approximately 90 different serotypes of pneumococcus, in the vaccines there are only those that represent the most serious danger to humans.

Form release, the components of the drug "Pneumo 23"

The drug is available in the form of a solution for injection. The instruction "Pneumo 23" is presented as a highly purified polyvalent vaccine. It consists of various purified serotypes of Streptococcus pneumoniae, to which a person subsequently develops immunity.

The volume of one dose of the drug is 0.5 ml of the solution, intended for administration subcutaneously and intramuscularly. Each of the 23 serotypes in the vaccine contains 25 μg, the total volume is 275 μg. Additionally, preservative phenol is used. The auxiliary ingredients include sodium phosphate and injectable water. 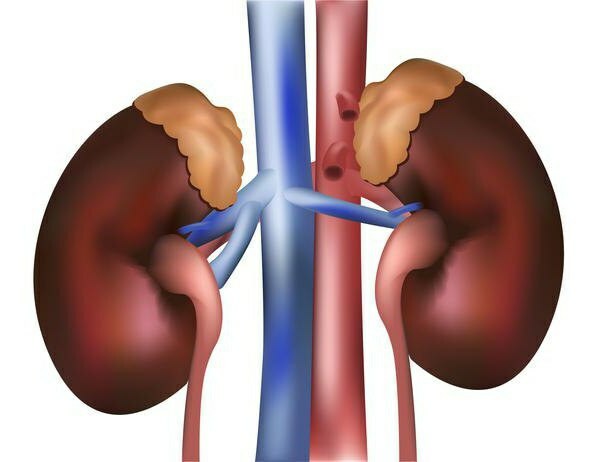 The drug contains those serovars that are the most common in Europe. Most pneumococcal infections develop precisely because of their negative effects on the body( about 90%).These serotypes are resistant to many drugs with antibiotics.

Pharmacological action of the drug "Pneumo 23"

Acquisition of immunity occurs ten days after the introduction of the vaccine, no later than the fifteenth day. It lasts at least five years. The vaccine can prevent the development of diseases that are characterized by severe course. The instruction "Pnevmo 23" allows to use together with some other vaccines( means that are used for the prevention of influenza).

The drug prevents the emergence of infectious processes of different locations, the causative agents of which are pneumococci. The vaccine is aimed at preventing diseases such as otitis media, meningitis, pneumonia and other diseases. The drug helps to reduce the likelihood of developing sepsis.

Indications for the use of the drug Pneumo 23

The vaccine is administered to the body in order to prevent the development of infections, the occurrence of which can cause pneumococci. The need for its application is highest among representatives of at-risk groups, those who have had splenectomy, or when this procedure is planned. The administration of the agent is indicated in nephrotic syndrome, sickle-cell anemia. It is worth the vaccination after 65 years, as well as with weakened immunity and frequent hospitalization."Pneumo 23" instructions for use recommends the use of leaking CSF, depending on nicotine and alcohol. 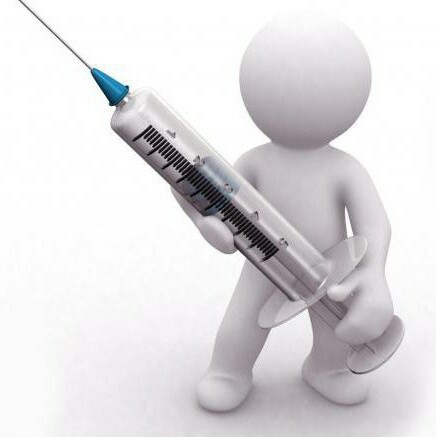 Vaccination is needed for patients with chronic bronchopulmonary diseases, those who suffer from diabetes, tuberculosis, cirrhosis. Indications include diseases in which blood composition changes, HIV, immunodeficiency states, severe neurological lesions, diseases in which the work of the cardiovascular system is disrupted. There are also medical indications for servicemen, soldiers, inmates of boarding schools.

It is believed that vaccination of a healthy child over six years of age is not practical. At this stage in life, the body of children can independently resist infectious diseases, since the immune system is already sufficiently developed. Usually, children after six years of age and adults are vaccinated only if there are appropriate indications, mainly if they are at risk.

Contraindication is hypersensitivity to the composition of the drug, which could be detected after previous injections of the drug. The vaccine is not used in cases of severe allergic reactions. Contraindications include antipneumococcal vaccination, after which less than three years have passed, but in such cases there may be exceptions. Do not vaccinate children under two years of age.

No data showing the effect of this procedure on fetal development, so pregnant women are vaccinated in rare cases and on special indications."Pnevmo 23" instructions for use prohibits use in acute infectious diseases and non-infectious processes, with hyperthermia. If the chronic disease has become aggravated, immunization should be postponed until the state of health is normalized. 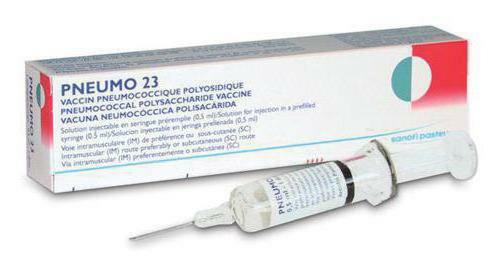 During pregnancy, you should avoid using the vaccine in the first trimester and the second. If there are serious indications, it can be done in the third trimester inoculation."Pneumo 23" instruction recommends in such cases to be administered under the close supervision of a doctor. After immunization it is necessary to monitor changes in the patient's condition. Pregnant women are observed longer than other patients for at least three hours. During lactation there is no reason to interrupt breastfeeding.

The vaccine is administered under the skin or intramuscularly. Injection is done in the deltoid muscle region. If immunization is carried out for the first time, the agent is used once. Revaccination is indicated after five years or later. Exception I leave patients who undergo immunosuppressive therapy, and representatives of the risk group.

Immediately from the syringes into which the preparation is packaged, a vaccine is given."Pneumo 23" instruction prohibits intravenous administration. Vaccination is carried out exclusively in specialized medical institutions. Should be administered by a qualified specialist.

Inspection is an obligatory procedure before applying the vaccine. If there are temporary contraindications, the vaccine is given later, when the symptoms that have been identified disappear. As the instruction shows, "Pnevmo 23" has the ability to cause anaphylactoid reactions, so patients who have been injected with the solution are observed for thirty minutes. In case of side effects, urgent treatment is necessary. What are the negative reactions of the body caused by the vaccination of Pneumo 23?The instruction shows the likelihood of allergies, some people have reddened skin, there may be a slight soreness or a small seal on the site where the drug was administered. In rare cases, a chill appears, the body temperature rises slightly. There may be headache and asthenia. All common reactions and functional disorders usually disappear about a day after the onset. People who have been revaccinated earlier than prescribed by the instructions may experience severe local reactions. Please read the instructions carefully before use.

It is not possible to administer therapy based on the use of immunosuppressive agents when it is necessary to vaccinate using the Pnevmo 23 vaccine. Instruction, doctors' reviews do not allow their combination due to a decrease in the immune response or its absence.

If you need to perform immunization with several vaccines, you need to check with your doctor about the possibility of combining them. Before deciding on vaccination, you need to make sure that it is really necessary. Do not ignore the contraindications to the "Pnevmo 23" remedy. Instruction, reviews contain information about the development of quite serious side effects. Among the possible reactions is the phenomenon of Artyus. This vaccination must be taken seriously.

The drug is sold in pharmacies. Only according to the prescription of the doctor allows the purchase of the vaccine "Pnevmo 23" instruction. The price of the money is approximately 1300 rubles.

Analogues of the drug "Pneumo 23"

You can replace the vaccine with Prevenar 13 or Prevenar. The most optimal option is chosen by the doctor taking into account the state of health of patients, the individual characteristics of his body. The Prevenar 13 contains fewer serotypes than the Pnevmo 23 vaccine, but, according to patients in their reviews, negative reactions of a local nature are often observed after its use. For this reason, for many, the best option is the Pneumo 23 vaccine. The instruction for the preparation "Prevenar 13" does not contain age restrictions. This drug is administered even to children under two years old. Vaccine for vaccination is always selected together with a doctor.

Reviews of doctors about the drug "Pnevmo 23"

In the network, you can find many reviews on the effectiveness of the vaccine, made by the vaccine "Pnevmo 23".Reviews are different. Parents who decide to inject for prophylaxis often report that the infants are less likely to develop infectious diseases. In their opinion, the drug can strengthen immunity. This result is confirmed by the instruction."Pneumo 23" helps to increase the body's resistance to pneumococci. The testimonies indicate that after the vaccination the illness proceeds without serious complications and is quickly treated. It is worth to visit a good specialist who will consult about vaccination.

Reviews almost do not contain information about the side effects of the drug. Typically, patients indicate the presence of minor local reactions, such as redness or condensation. Such side effects do not need to be removed, they usually disappear on their own and quickly enough. 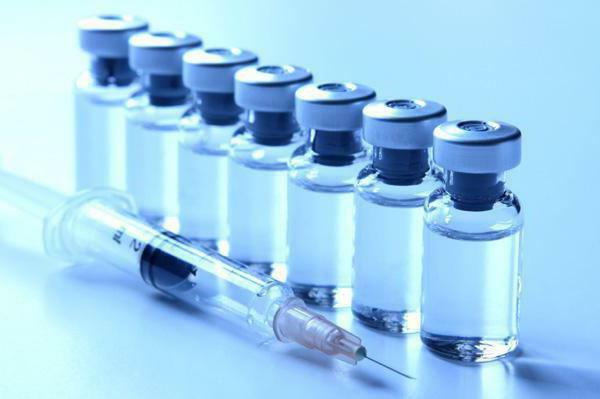 Doctors of the vaccine "Pnevmo 23" respond well. Most experts consider this tool to be quite effective in the prevention of diseases, the causative agents of which are pneumococci. For such purposes, experts recommend using this particular vaccine, but after eliminating contraindications. Help to understand what the vaccine "Pnevmo 23" is about, instructions, reviews. Having studied this important information and received a doctor's consultation, you can make an exact decision about the need for vaccination with this drug.