Chronic periodontitis is one of the forms of the inflammatory process that develops in periapical tissues. This pathology of the peri-toothed ligaments can proceed in acute form or without pronounced clinical symptoms. The ingression of pathogenic organisms into the periodontal tissues can provoke inflammatory processes in other tissues and organs far from the tooth. Therefore, the treatment of chronic periodontitis must start on time to prevent progressive effects and complications. 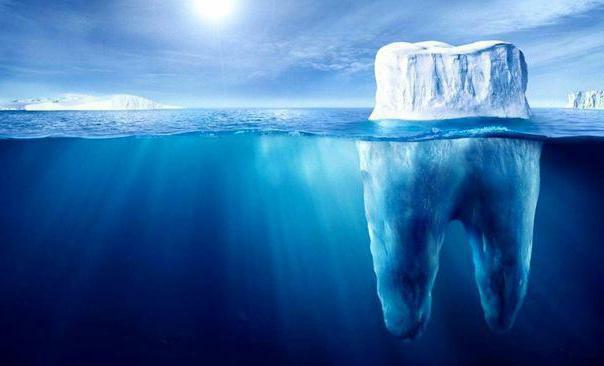 The main factors that can provoke chronic inflammation are caries and, as a consequence, pulpitis. Depending on where the inflammatory process started, the reasons can be related to both trauma to the tooth and infectious infections.

Periodic( aikalny) periodontitis can usually be caused by infection of the pulp, marginal or marginal inflammation is often caused by mechanical microtrauma( the habit of cracking nuts, biting a pen or pencil, less often bruises, strokes).The third reason can be a medical factor - when the treatment of chronic periodontitis was performed incorrectly, if there was an allergic reaction to the drug administered, as well as when filling the tooth.

In stomatology, according to statistics, infectious chronic periodontitis is leading, caused by the damage of periapical tissues by hemolytic and non-hemolytic streptococci. Pathogenic organisms release into the pulp toxic substances, they penetrate through the root canals, it happens that the infection comes through the lymph.

There are also secondary factors that contribute to the development of such a disease as chronic periodontitis:

What is the most dangerous form of chronic periodontitis? The fact that the course of the disease is completely asymptomatic, inflammation may not be felt at all. Therefore, the treatment of chronic periodontitis is often delayed, patients rarely turn on time. The consequences are catastrophic and can lead to early tooth loss. It is necessary to pay attention to such disturbing signs, as small painful sensations at nakusyvanii firm food. Perhaps a feeling of slight discomfort when tapping on the tooth, percussion. The most manifested symptom is a fistula on the gum, it is formed for the outflow of exudate, which accumulates during inflammation. Unfortunately, when a fistula is formed, the decay products come out, after which all the painful symptoms subsided. In such cases, patients rarely consult a dentist. Inflammatory process continues to develop, serious aggravation may occur. Treatment of acute / chronic periodontitis is a necessary measure.

Symptoms depend on the type of inflammation:

Exacerbation of chronic periodontitis, treatment of

Treatment of acute chronic periodontitis can be both conservative and surgical. The main task of the dentist is to stop inflammation by carefully sanitizing the source of infection. It is necessary to prevent infection of nearby tissues. Anti-inflammatory therapy can be performed under the following conditions:

The first stage in the treatment of chronic periodontitis is the mechanical processing of the dental cavity, as well as the canal. There is cleaning from carious decomposition. Channels are treated with special antiseptics, if possible close with a permanent seal. With a significant accumulation of exudate, it is necessary to open the obturated channel. The temporary filling is put on for 2-3 days, after which the channel is sanitized again and a permanent seal is placed.

Treatment of chronic periodontitis in the acute stage often requires surgical intervention. This is an extreme measure, but if it is necessary, then one of the methods is applied:

The most unexploited type of periodontitis in the clinical sense is fibrous. Coarse fibrous fibers replace periodontal structures. When examined, focal infiltrates are observed, which contain lymphocytes. In the apical opening of the root - hypercement( deposition of cement elements), along the periphery - areas of osteosclerosis. The periodontal cleft begins to expand, and the periodontium loses its functional properties. Since fibrous periodontitis is mostly asymptomatic, only thermal tests or radiographic images can diagnose its chronic forms.

If the doctor diagnosed chronic fibrous periodontitis, treatment of the disease is always successful, as this is the most favorable form in the therapeutic sense. Even if there is an obstruction of the canal, there is no need to open it, since in this case the exudate does not accumulate. The inflammatory process only extends to the periodontal gap, close tissues are not affected. After the sanation of the cavity( primary or secondary) a permanent seal is placed.

Chronic periodontitis in a granulating form is one of the most active types of this disease. The resulting granulation causes a feeling of discomfort, so patients turn to dentists in a timely manner, receive adequate help at the same time. In acute phases of the process a fistula is formed, through which the accumulated exudate finds an outlet, immediately after this the exacerbation subsides. Then the process can again become asymptomatic, slow. Characterized by chronic granulating periodontitis by toxic effect, the products of inflammation are absorbed directly into the bloodstream. Paradoxically, but to reduce intoxication helps the fistula, which allows to pour out the exudate into the oral cavity. As soon as the fistula occludes, the process of exacerbation begins, the total poisoning is activated.

Symptoms of this form of periodontitis depend on the stage of the process( attenuation or exacerbation):

Chronic granulating periodontitis, whose treatment is usually a long process, most often can be completely eliminated. But if there is a threat of spread of infection, the root of the root is destroyed, then the extraction of the causative tooth may be required.

In its clinical manifestations, the granulomatous form is the most sluggish. It develops as an independent disease, and as a consequence of the granulating process, when a fibrous capsule is formed, which turns into a cystogranulum. The formed fibrous tissue serves as a barrier and does not allow infection to enter the body.

Chronic granulomatous periodontitis is characterized by asymptomatic long-term course. Significant signs include granulomatous formation, which appears in the apical root zone of the tooth. The disease is classified into three types:

Methods of treatment of chronic periodontitis of granulomatous form depend on the type of disease.

Treatment of a single root tooth is performed in one session, if the patency of the channels is good. Multi-rooted units are more difficult to heal, because access to channels is often closed, or it is difficult. There can be exacerbations of the process, which can be suppressed by physiotherapy, anti-inflammatory drugs, aseptic rinses. 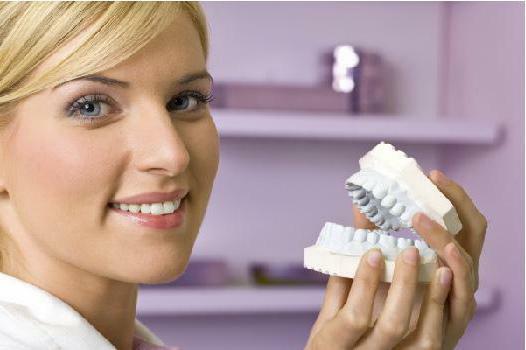 Chronic granular periodontitis can not be cured in one visit to the dentist. Sometimes it takes six months to finally cope with this disease. At least 4 visits are required.

During the second visit, the following procedures are performed:

With advanced forms, surgical treatment of chronic periodontitis may be required. In which cases are they shown? 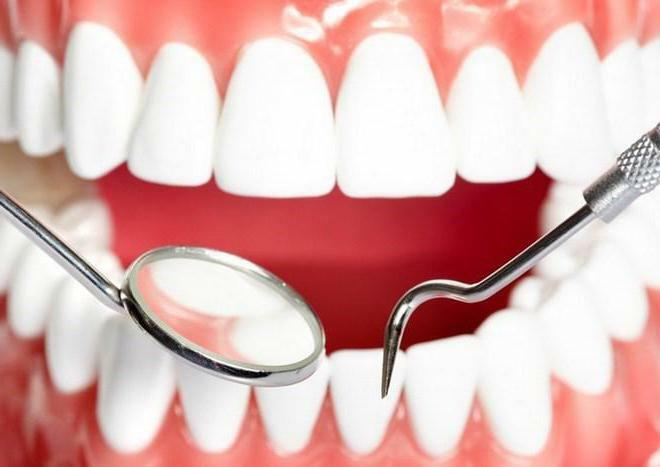 Treatment of chronic granulomatous periodontitis is carried out using several methods. The choice of this or that technique depends on the form of inflammation: granulomas and cystic formations can have a variety of sizes. To which method to resort - conservative or surgical - the doctor decides.

One-root teeth are most often treated in one session. If the patency of the channel is good, it is treated, sanitized, diathermic coagulation is carried out, and sealed with a seal.

Multi-rooted tooth( usually called the wisdom tooth) usually does not allow sanitation of canals, it is often treated with impregnation methods( resorcinol, potassium iodide, silvering).In addition, antiseptic rinsing, physiotherapy can be prescribed. Complete restoration of periodontal tissues takes sometimes about a year. Treatment of this form of periodontitis is a rather laborious process. Regeneration and scarring of tissues should be constantly monitored using X-ray images. After a month of treatment, if the doctor does not see positive dynamics, a decision can be made about the implantation, resection of the tooth. 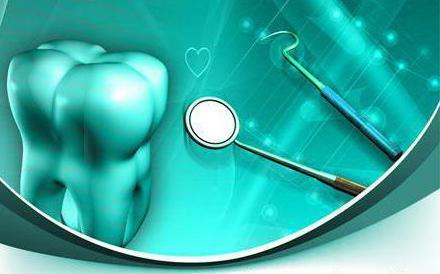 Before starting the treatment of chronic periodontitis, it is necessary to carry out a diagnosis. It is carried out according to the standard scheme: a patient interview, an anamnesis, tests, an evaluation of the results of the examination. The examination includes:

If one of the forms is detected during diagnosis( or there is an exacerbation of chronic periodontitis), a competent, highly qualified dentist should prescribe the treatment.

Measures that will prevent the development of the disease, are primarily aimed at the prevention of dental caries and pulpitis. Surgical treatment of chronic periodontitis is used in extreme neglected forms to avoid this, preventive measures should be taken:

To date, periodontitis of any form is on the second place after caries in the list of dental diseases. Chronic form is dangerous for its asymptomatic course, as well as the ability to infect the entire body. A visit to the dentist once every six months will provide you with a timely identification of the problem and its elimination. Watch your health.