What is somatic pathology?

"Somatic pathology" is a term that a patient can often hear from the mouth of a treating doctor, but its meaning is not known to everyone who is far from the medical field. It is important to understand that this definition is the starting point of medicine in the fight against bodily ailments. The word "pathology" refers to a process that goes beyond the normal functioning of a healthy organism, and the definition "somatic" indicates a disease of the body. Next, consider the issue in more detail. We will discuss what diseases are hidden behind the term "somatic pathology", what are their distinctive features, how they proceed, how they are treated and whether it is possible to protect themselves from such ailments.

So, the topic of our conversation is somatic pathology. What it is? The answer will sound something like this: it is a violation of the functional activity of any systems and organs. The opposite of this phenomenon is a disease provoked by the psychological or mental state of a person. 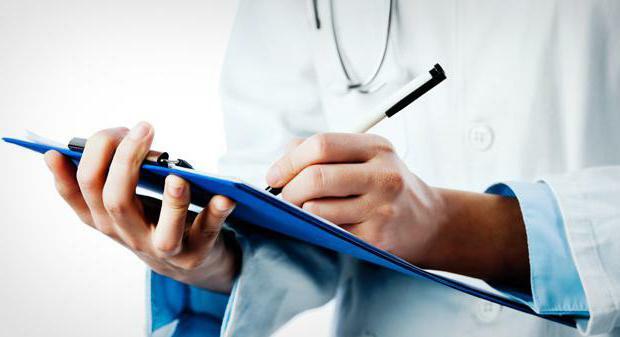 Differences from the non-somatic pathology

It is extremely important to differentiate these two concepts, because there are diseases that have a set of specific symptoms that cause physical significant discomfort to a person, but which do not fit the definition of "somatic pathology."

A classic example of such a disorder is vegetovascular dystonia. Panic attacks that occur in a person suffering from VSD can be accompanied by pain in the chest, lack of air, strong weakness, tremor. That is, the symptoms are similar to the signs of cardiovascular pathology, but in fact there is a functional impairment of the nervous system, provoked by stress or weakened organism.

Thus, when a patient addresses a medical institution, the doctor must first determine whether a person has a physical pathology, or the patient needs a consultation with the therapist.

Acute form of the disease

When talking about somatic processes, it is necessary to classify them according to the nature of development and course into acute and chronic.

Differentiation of these forms is sometimes conditional, because the vast majority of diseases in the acute stage without proper treatment is transformed into a chronic pathology. The exception is the disease, the symptoms of which can pass independently( ARI), or those that result in death, if the disease causes in the body processes that are incompatible with life.

Acute somatic disease is a pathology that develops rapidly, and the clinical picture has a pronounced character. It's almost impossible not to notice signs of acute pathology in oneself. 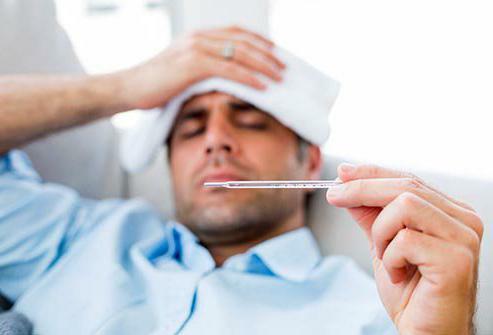 First of all, most of the virus and bacterial processes, poisoning, inflammation against the background of infections belong to diseases with acute course. Thus, for the disease with acute form, the influence of an external factor, for example, a virus, a bacterium, a toxin, is characteristic.

The process can last from one day to six months. If during this period the disease is not eliminated, we can assume that the acute form has passed into the chronic.

Chronic form of the disease

Somatic pathology, the signs of which are present in the body after the cure of the acute form, is called chronic.

Most often, the transition to this form occurs when the treatment of an acute disease has not been performed properly and in the required volume. This may mean the wrong choice of the drug for treatment, and even non-compliance with the regime. That is why for the successful elimination of a number of diseases, the patient's stay in the hospital is recommended: with strict bed rest and balanced nutrition, the body spends time for quick recovery. In the event that the patient tolerates the disease "on his feet," the strength to fight the disease is not enough, so the body adapts to the disease, transferring it from the acute form to less pronounced. 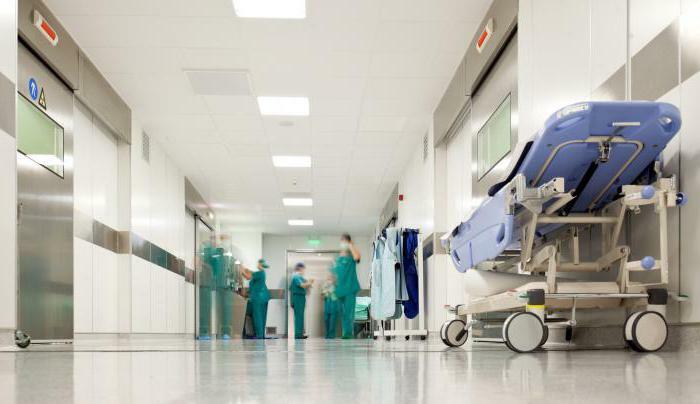 The second reason for the occurrence of chronic somatic pathology is the lack of an effective therapy algorithm in modern medicine. For most diseases, there are methods of maintaining health against a background of chronic disease. Sometimes this allows you to cope with ailment on the condition of lifelong medication, in other cases - to slow the loss of organ function or simply extend the life of the patient.

Finally, the chronic form of the disease can be a consequence of the genetic factor.

In chronic somatic pathology, diseases are characterized by a slow course with unexpressed symptoms. On the one hand, it provides patients with a higher standard of living: a person can remain working for a long time. On the other hand, this has a negative effect on the diagnostic process. Few people undergo regular medical check-ups, so patients often go to see a doctor at a fairly advanced stage of the disease.

According to the definition, both acute respiratory disease and functional insufficiency of any body system equally fall under the definition of somatic pathology. However, it is quite obvious that there is a difference between the diseases according to the degree of risk to the patient and the severity of the symptoms. Therefore, there is a reason to classify bodily ailments, dividing them into at least two categories: mild and severe somatic pathology.

An easy disease can be identified by two characteristics: the absence of pronounced symptoms, when the ailment is tolerated by a person relatively easily, without causing a loss of efficiency, and because there is no risk to the patient's life. Another thing - a serious degree of illness. That's about this and talk.

Severe somatic pathology has a vivid symptomatic picture. In the inflammatory process, other body systems other than the one in which pathology is found may be involved. Such a disease entails a danger in the form of complications and the transition of the disease into a chronic form, at which functional insufficiency may develop.

To classify in this way, you can practically any disease. So, for example, the common cold can take the form of severe pathology, and a more dangerous disease, for example, meningitis, has a mild severity. There is also an intermediate grade estimate, which is called the mean.

To determine the degree of severity of the disease is very important for productive therapy, for choosing a treatment plan, drugs, methods of examination. In addition, the risk of complications depends on the form of the course of the disease. So, the length of the rehabilitation period and the number of restrictions during it will be different.

Acute phase of the disease can develop against the background of an already existing pathology, taking place in a chronic form. So, the illness most of the time will have a mild symptomatology, but under the influence of certain factors( lack of treatment, hypothermia, stress, climate change, pregnancy, etc.), the disease can pass into the acute phase, with the concomitant symptomatology.

In this case, we are talking about a process such as exacerbation of somatic pathology. Unlike the acute phase, exacerbation in a favorable course is characterized by not complete recovery, but a return to the chronic stage of the disease as more safe for the patient's life.

The methods of treatment of exacerbations and acute phases differ little in the scheme of therapy and the drugs used. However, for higher efficacy, medics are advised to perform preventive treatment to avoid exacerbations. In this case, the therapy is gentle and aimed at strengthening the body.

In order for a physician to diagnose a patient and establish that a physical illness occurs in his case, he needs to carry out a series of diagnostic measures. The main symptom of the disease is the presence of certain symptoms. However, the symptom is not always a guarantee of pathology. Disturbance of well-being can be triggered by a functional disorder of a particular system, and in this case the ailment can not always be diagnosed. 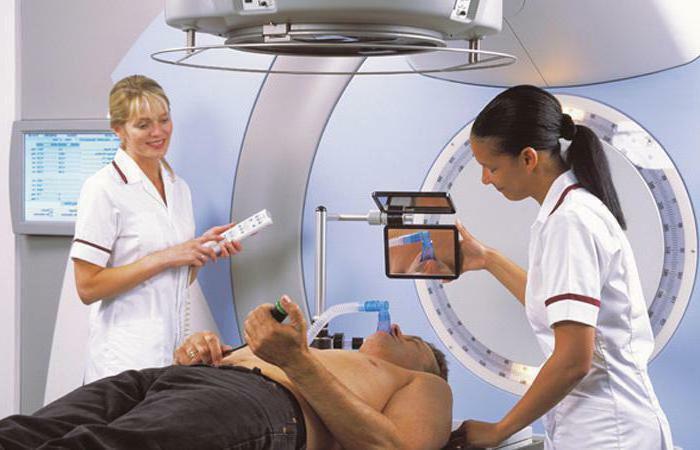 Therefore, it is important for the doctor to consider a combination of factors to establish that the patient has the somatic pathology: symptoms, their complex, duration, conditions of manifestation. So, for example, pain can not be a clear sign of pathology, but if it disturbs a person for a long time and, in combination with it, there is, say, vomiting, the fact of having a somatic disorder is more than obvious. At the same time, if the cause of the appearance of pain is the striking, the pathology in humans before the traumatic factor was not.

For diagnostics in modern medicine, several methods are used: 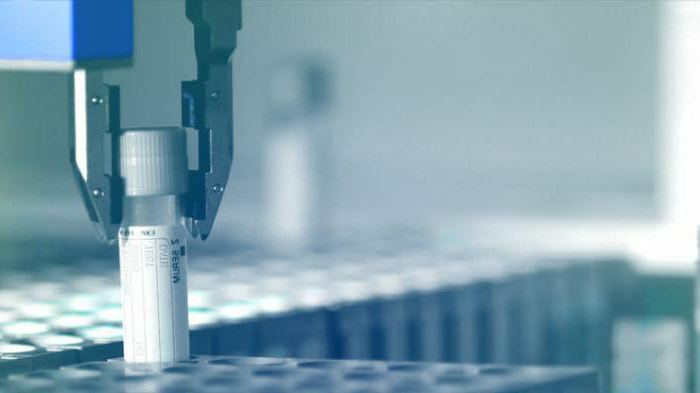 To confirm the presence of a physical pathology, several different analyzes with deviations from the norm or at least three surveys done with small intervals in time and necessarily one method are necessary.

Therapy of somatic diseases is the main component of the activity of doctors. Medicine today uses a demonstrative method, that is, only those methods are used, the degree of high efficiency of which is high, and the degree of danger is as low as possible.

Treatment of somatic pathologies is most often medically administered. Drugs can affect the cause of the disease, eliminating it( for example, antiviral agents affect the virus that provoked respiratory disease), or reduce the severity of symptoms( painkillers). 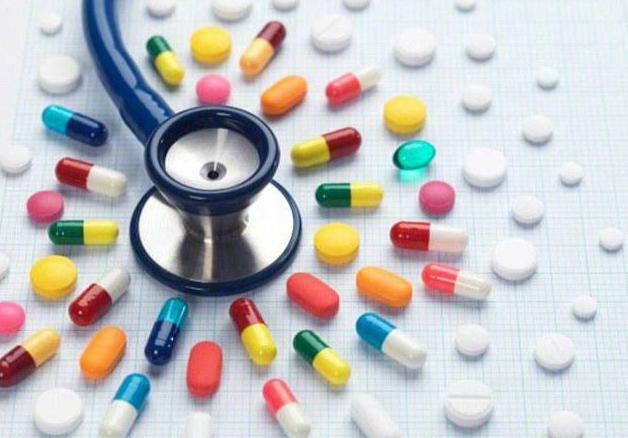 The second most common method of treatment is surgery. Priority for doctors is the medical method as more simple and safe. But if the drugs are ineffective, or the expectation of the effect of their effects carries a risk to the life of the patient, they resort to surgical interventions.

For the treatment of somatic pathology, the methods of physiotherapy, physiotherapy and massage, phytotherapy, and diet therapy also showed themselves well.

Other methods with an unproven scientific level of effectiveness are rarely used to treat somatic diseases. But they can successfully be used to eliminate nonsmatic pathologies, in which the placebo method often leads to a positive result.

With the overwhelming majority of somatic pathologies, it is possible to fight with proven prevention methods. Most of them are simple recommendations for maintaining a healthy lifestyle. This maintenance of hygiene, a balanced diet, the optimal level of regular physical activity, vaccination. 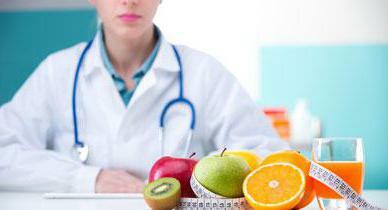 Non-somatic diseases, which are based on mental disorders, are more likely to develop under the influence of factors that a person can not prevent. As such factors may be heredity, trauma, the onset of a certain age.