It is known that such an important field of medicine as neurosurgery has appeared relatively recently. Just over a century ago, this industry was not distinguished from general surgery. However, operations on the brain were decided to do only some venerable experts of the time. The knowledge and skills of doctors practicing in the XVIII-XIX centuries allowed to conduct successful surgical interventions of severe head injuries only in some cases. 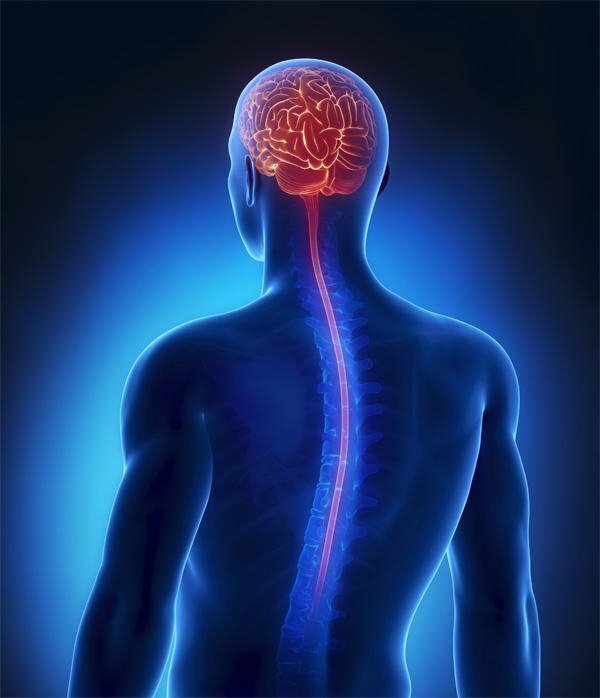 From the history of the emergence of neurosurgery

Since then, medicine has made a tremendous leap. Thanks to decades of intense creative work and research in neuropathology, general surgery, physiology, roentgenology, microbiology and technology development, did not bypass the rapid progress and neurosurgery.

Its foundation, as a separate science, was laid by the famous scientist and great surgeon N.I.Pies. Based on his many years of surgical experience, he described in the classic work "The Beginning of General Military Field Surgery" various types of brain injuries and methods of their treatment. This theory has not lost its relevance to this day. 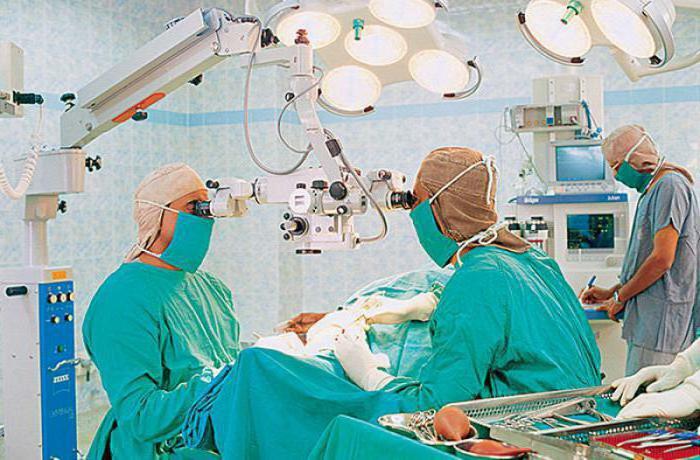 Today, in honor of an outstanding surgeon, many hospitals and medical schools throughout Russia are named. One of them is the Samara City Clinical Hospital No. 1 named after N.I.Pirogov. Hundreds of human lives are saved daily there.

There is such a vocation - spinal neurosurgeon

However, this area of ​​medicine is not limited to restoring brain damage. Spinal neurosurgery is a modern scientific and practical direction of medicine, in which surgical treatment of diseases of the spinal cord and spine is practiced. Here, the following disciplines have merged:

A successful spinal neurosurgeon should clearly orient in all these directions. He must competently diagnose pathology and determine the most appropriate methods of treatment. For this, the neurosurgeon must constantly practice and develop professionally - be aware of the latest changes and innovations in the methods of diagnosis, treatment and rehabilitation.

Sergey Sergeyev, a neurosurgeon, is considered to be one of Russia's leading experts in this field. Spinal neurosurgery is his "horse".Look at his unique operations come not only colleagues from different regions of our country, but also specialists from the United States, Poland and other countries.

The leading expert on the replacement of damaged spine discs

The fact that Sergeyev, the head of the neurosurgical department of City Clinical Hospital No. 1 in Samara, the candidate of medical sciences, the famous neurosurgeon himself tries not to miss the opportunity to attend the master classes of the best doctors of the world, says a lot. It is known that he was the first in Russia to successfully perform a complicated operation on the spine, where he was able to replace the destroyed intervertebral disk with an artificial implant. This was in 2006.Since then, patients from all corners of our country seek to get to this doctor. Today, foreign patients come to see him. 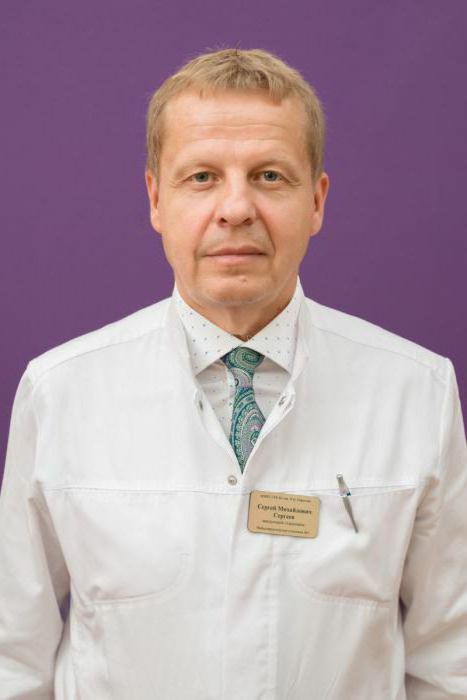 To take over the experience of eminent colleagues, Sergei Mikhailovich specially traveled to the most complex operations in the best clinics, where operations for the treatment of various pathologies and back and neck injuries with the use of high technologies - implant discs - were put on a high footing. Today not only colleagues, but also patients of the famous doctor admire his abilities.

Love patients and the general recognition of colleagues

The number of the doctor's fans is growing every day. People who have already lost all hope of a normal life without pain seek to get to it. After each subsequent successful operation, you can hear more and more often: "Sergeyev has golden hands!", "Talent from the god of neurosurgeon Sergeev."Comments like these are heard today more often.

Spinal neurosurgery in Russia - the beginning of a new era

And it all began in 2003.At that time, the possibility of implanting artificial discs seemed fantastic for most Russian doctors. In search of new technologies in the treatment of pathologies and injuries of the back and neck, neurosurgeon Sergeevobraschalas in some leading medical clinics of the country. He was lucky - a talented doctor was noticed! One of the Swiss medical offices invited Samarans to study and study abroad. Since that time Sergeev Sergey Mikhailovich does not lose sight of new opportunities in neurosurgery - he, as they say, keeps his hand on the pulse. 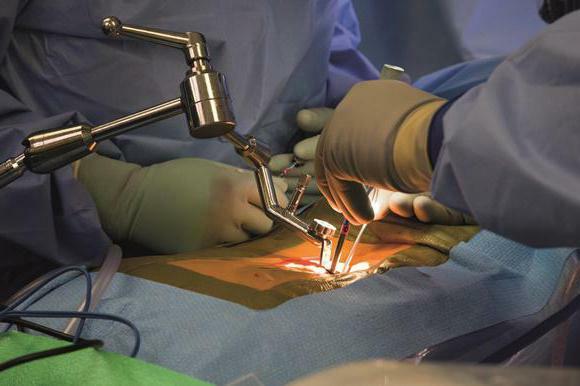 But this is now Dr. Sergeev known and respected. In fact, the road to universal recognition was not always easy.

It can be said that Sergei Sergeev was brought up in a family of doctors. His grandfather, Ivan Ponkratievich, served as a paramedic before the revolution. Mother, Anna Vasilyevna, and sister, Irina Mikhailovna, are well-known in Samara gynecologists. Sergei Mikhailovich did not change his family ideals: even in his childhood the future famous doctor knew exactly who he would be when he became an adult.

An interesting fact: the mother of the famous doctor worked in the same hospital where Sergey Sergeev is now taking over. It was she who instilled in her children an interest in medicine. Today a well-known neurosurgeon sometimes remembers: "She often told me interesting cases from her practice, her experiences in difficult situations. About how successfully they sometimes ended. Therefore, in a sense, I was familiar with "Pie" in early childhood. Most likely, even then, subconsciously, I realized that I would work in this clinic. "

While studying at school, the young Serezha seriously studied chemistry and biology. After graduating from school, Sergeev entered the Kuibyshev Medical Institute. DI Ulyanov( now Samara State Medical University) on the specialty "medical case".He finished his studies in 1985, then within a year was an internship in surgery. During this period he worked as a resident doctor. After graduation, I got a distribution in Cheboksary.

A year later, after returning to Samara, the neurosurgeon Sergeev settled in the district military hospital, where he worked for more than 12 years. During this time, from an ordinary surgeon, he served to the head of the military hospital department and left the post already in the rank of lieutenant colonel. During his work he proved himself to be a talented, brave and purposeful doctor, who successfully carried out complex operations. 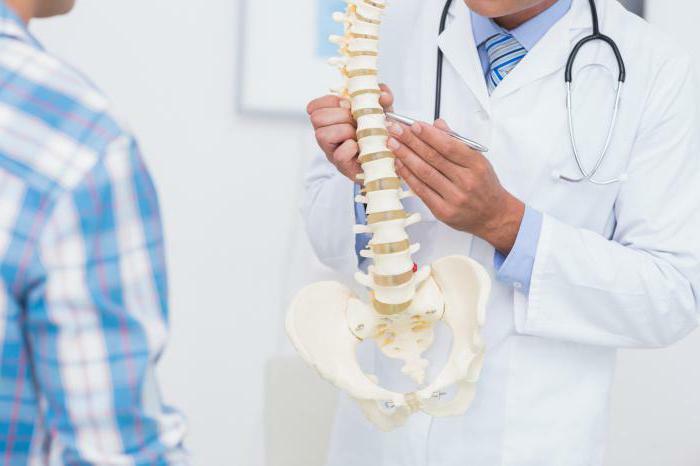 Difficulty early in his career

The doctor was forced into the hard 90s. To have enough for life, the young doctor had to work hard. However, work at the neurosurgeon's rate, surgeon's half-time and endless duty all the same brought a low income - money was catastrophically small. I had to work part time in a medical cooperative, where the future head of the department was treating pimples and warts. And for this he was paid twice as much as at the main place of work.

It was hard, but Sergei neurosurgeon Sergey was not going to give up his favorite thing. At about the same time, he went to study in St. Petersburg. For three months, Sergei Mikhailovich studied hard, but he also had to work part time - time was complicated and hungry.

This is Sergeyev Sergey Mikhailovich - a successful and self-sufficient person, candidate of medical sciences, chief surgeon and chief vertebrologist of Samara and Samara region. He manages the neurosurgical department of the clinical hospital, is a member of the European branch of the World Society of Spinal Surgeons and is the author of 8 scientific papers. Today the famous doctor laughs: "I, you might say, became a neurosurgeon by chance. And so, I wanted to be a urologist, but somehow it did not work out. " 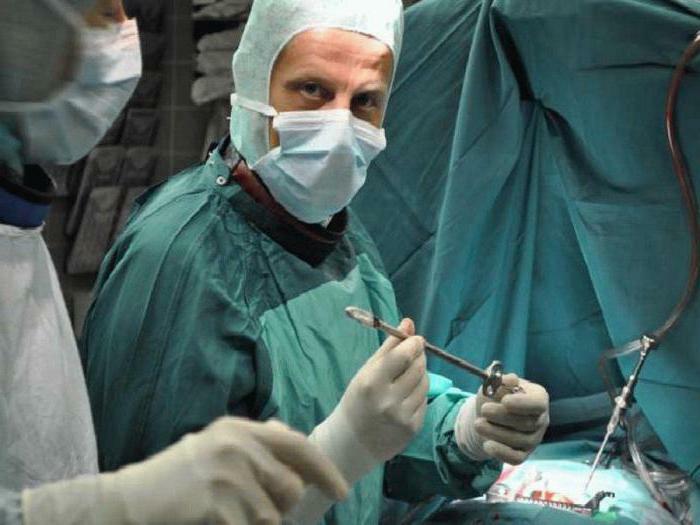 A new round in the development of medicine

Sergeyev left his post because of the invitation to work in the Samara City Clinical Hospital No. 1 named after N.I.Pirogova as the head of the department of neurosurgery. The beginning of the new millennium marked the era of the rapid development of spinal surgery. In the early 2000s Sergei Mikhailovich traveled extensively to foreign clinics and seminars of colleagues, brought home new knowledge and modern technology. In Samara, the neurosurgeon Sergeev Sergey Mikhailovich counseling on the problems of diseases and pathologies of the spine gave not only to his patients, but also to colleagues and students.

Special interest in the doctor has always been caused by operations using implants for the spine, which allowed replacing the destroyed disk with an artificial one. Now, thanks to his efforts, in Russia, complicated operations on the spine are not worse than in the West. It was the spinal neurosurgeon Sergeev Sergey Mikhailovich who conducted the first operation in our country to replace the intervertebral disc.

Biography Sergeev Sergey Mikhailovich dazzles with the most complicated cases in practice - unique operations, when he again put to the feet of already hopeless patients, who other doctors could not give even comforting predictions.

The neurosurgical department, headed by Sergeyev, is one of the best in our country. Here work the best specialists in this field."The department has excellent doctors, thinking, developing, modern!" - this is how the chief surgeon of Samara describes his subordinates. And indeed, when in the year before last the problems with the spine appeared in Sergei Mikhailovich himself - they let him know about the most complicated many-hour operations carried out on his legs, he decided to operate in his department, using his own technologies. The operation was carried out successfully - the doctor's back does not bother anymore.

Prospects for the future

Where Sergey Sergeev is taking Sergeyev, there are always many people who want to go to the consultation and consultation with a leading specialist in spinal surgery, not only Russian patients. There have been several cases when people who unsuccessfully operated in foreign clinics have applied to Sergeyev for help. It was necessary to remove implants and implant new ones. After treatment at the Samara Clinical Hospital, foreign citizens returned safely to normal life.

The only thing that the head of the department would like to change is to bring the service to a decent level. In the near future, on the basis of the neurosurgical department, it is planned to open a special center for forty places, which will satisfy the best world standards.

This would ensure the implementation of an integrated approach in the solution of patient care not only from Russia, but also from other countries.