Artificial respiration has saved more than a dozen lives. Everyone must have the skills of first aid. Nobody knows where and when we need this or that skill. Therefore, it is better to know what is not. As they say, warned - it means armed.

Artificial respiration is performed when the victim is unable to saturate the body with oxygen. Sometimes it is performed in conjunction with an indirect heart massage.

The methods of artificial respiration differ from each other insignificantly. In this regard, everyone can independently master these skills.

The need for this element of first aid arises when there is no possibility of self-saturation of the body with oxygen. 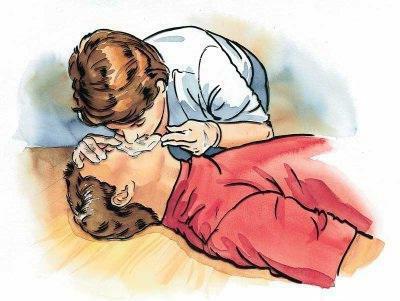 Respiration( breathing) is a natural process of human life. Without oxygen our brain can live no more than five minutes. At the end of this time, he dies.

Rules for the implementation of artificial respiration

The reasons for which a person stopped breathing, there may be many: poisoning, electric shock, drowning and so on. Artificial respiration is performed in the complete absence of respiration, intermittent or with sobs. In any of the cases listed, the rescuer must restore the normal rhythm of breaths and exhalations.

Signs of lack of breath are:

These signs in some cases appear somewhat together, but more often one at a time. 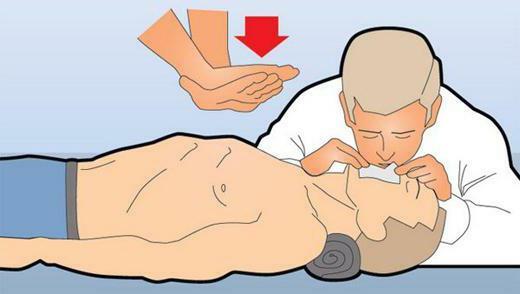 Before starting artificial respiration, the victim should be placed on a firm surface, with his back down. Unbind the clothes on the man. This is necessary so that it does not hamper the victim's breathing. Open your mouth to the man. Push aside the tongue of the victim with the fingers of his hand, onto which the napkin is wound in advance. Sometimes in the oral cavity of a person there may be foreign substances - vomit, sand, dirt, grass and so on. All this content will prevent you from providing first aid. Therefore, all the same, with your fingers wrapped in a napkin, you release the oral cavity of the victim from foreign substances, after having turned the person's head to the side.

From the handy tools, build a small roller and place it under the neck. Thus, the head of the victim will be slightly thrown back. This will allow the inhaled air to enter the lungs, and not into the stomach.

After the preparatory phase, you must decide which way of artificial respiration you will restore respiration from the victim.

This option is, let's say, classical. The method of mouth-to-mouth breathing is known to everyone. However, not everyone is able to perform it correctly and thereby reanimate the victim.

After preliminary preparation, you kneel before the person on the side. One hand is placed on the forehead, the other on the chin. Carefully watch that the tongue does not fall down. If you can not control it, and it interferes, then you will have to resort to an extreme method of fixing. With the help of a pin, you fasten your tongue to the collar of the shirt( shirt and other) of the victim.

The rescuer takes a deep breath. Delays exhalation. Leans toward the victim, tightly presses his lips to his mouth. He grips his nose with his fingers. He exhales. Removes and removes hands, allowing thereby to make a passive exhalation. Before the next breath, the rescuer breathes quietly for a couple of seconds. Then he repeats the whole process again. In a minute it is necessary to make from 13 to 15 such breaths in the victim.

Artificial respiration is carried out necessarily through a napkin or something like that. This is necessary to protect the rescuer. Since both he and the victim may have cracks or wounds on the lips, through which the transfer of various diseases is possible. Therefore, before you proceed to its implementation, without fail the lips of the person being rescued are required to put a napkin, gauze or bandage, previously stacked in several layers.

This version of artificial respiration is useful when the victim's jaw is clamped, teeth or lips are heavily injured. 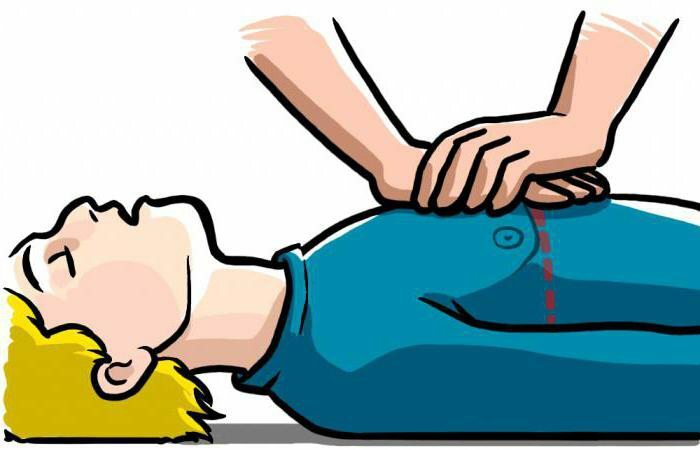 One hand is placed by the rescuer on the forehead, the other on the chin, thereby slightly compressing the jaws, so that the air does not come through the mouth afterwards. Then a deep breath is drawn. Exhalation is delayed. The rescuer leans over the victim and blows air through his nose, clasping his lips. After releasing his hands and withdrawing, allowing an artificial exhalation to occur. Then the algorithm of actions needs to be repeated. Between the breaths should not be more than 4 seconds.

When performing recovery of respiration, it is worth checking the pulse from time to time. As already mentioned, it should be looked for in the carotid artery.

If you do not find it, you need to start doing artificial respiration and indirect heart massage together. If the rescuer is one, then for every 2-3 breaths there should be 10-15 pressure. 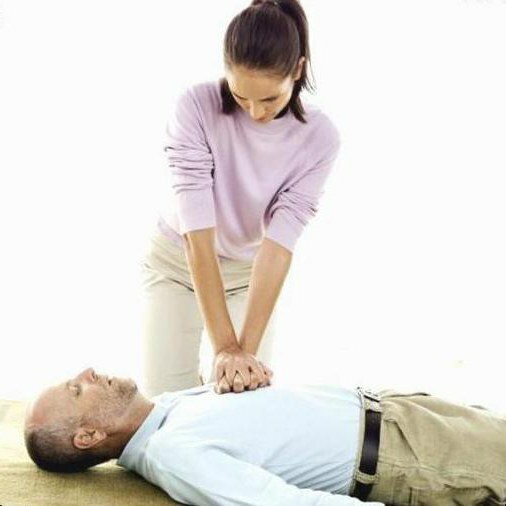 To begin performing artificial respiration and indirect heart massage, the entire preparatory procedure should be carried out. Namely: to lay the victim, remove clothes, clean the respiratory tract.

Standing on his knees on the side of the victim, put the inner part of the brush on the bottom third of the sternum. Hands do not bend at the elbows, they must be straight. Fingers raise up, so you will avoid fracture of the ribs in the victim. Gently push down to a depth of 3-5 centimeters.

With two rescuers, the algorithm should be the following: one breath, then five pressure.

Resuscitative care for a child is somewhat different from that for adults. The methods of artificial respiration are the same. But the depth of exhalation varies. For children, do not take as much as possible deep breaths, since their lung volume is much less than that of an adult. And it is worth noting that for newborns and children up to a year, a method of artificial respiration from the mouth to the nose is used. 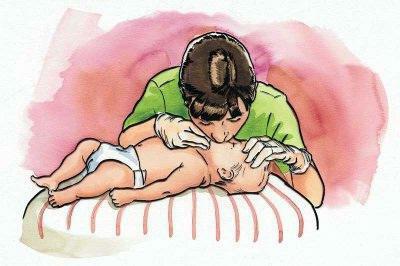