Sperm cells are one of the most common disappointing diagnoses for men in the study of the reproductive capacity of the body. To understand the essence of the problem, it is necessary to delve deeper into the physiology and anatomy of the male genital organs. Let's find out how to be, if the sedentary spermatozoons are diagnosed, what to do in such a situation. 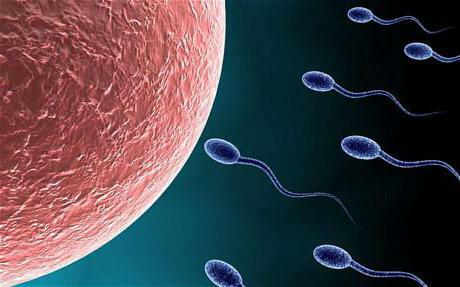 There are several degrees that cause a decrease in the activity of spermatozoa:

Movement of the spermatozoon occurs due to the rotation of the flagellum around its axis. The limiting speed here is about 30 cm / hr. This is sufficient to overcome the distance to the fallopian tubes, where the female reproductive cell is fixed.

Inside the seminal vesicles, the spermatozoa are practically immobile. Their release is achieved due to a sharp reduction in muscle tissue of the genital organs. And the ability to fertilize, they acquire only after the connection with the secretion of the prostate gland during ejaculation.

Inside the fallopian tubes, spermatozoa determine the desired direction of movement, focusing on the level of acidity, which is higher in the area of ​​the female sexual cell. In this case, they move against the direction of the flow of bodily fluids.

Once in the uterine cavity, the male germ cells enter a fertile environment. Especially strong spermatozoa, which are characterized by increased mobility, are able to remain active in such conditions for several days.

Causes of the development of the pathology of 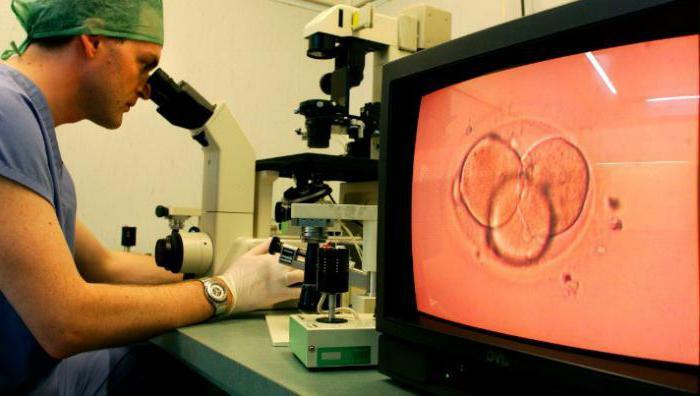 To reveal the specific cause that caused a decrease in the activity of spermatozoa is rather difficult. Among the main factors that can lead to this phenomenon, it is worth highlighting:

In addition to influencing the decrease in sperm motility, there can be: intoxication of the body with narcotic drugs, alcohol, nicotine, radiation exposure, varicose veins, exposure to reproductive organs of high temperatures, traumatic testicles. 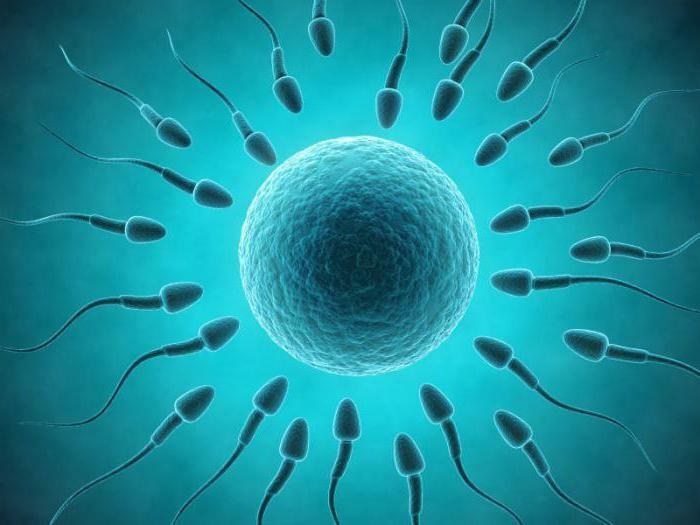 In terms of physical factors, the mobility of male germ cells reflects the degree of viscosity of the sexual secretion and the time during which it liquefies. A healthy ejaculate has a dense structure and loses adhesive properties, completely transforming into liquid for 45-60 minutes.

The density of the sexual fluids corresponds to the secretion-substance composition, which is produced by seminal vesicles. If the sperm has an excessively liquid structure, the spermatozoa die prematurely, never reaching the female sex cell.

Another physical indicator, the change of which affects the mobility of male germ cells, is the amount of ejaculate produced. Insufficient amount of bodily fluid often causes disturbances in the work of the prostate gland and seminal vesicles. This also leads to a lack of nutrients that are required for healthy development and restore the normal percentage of sperm in the semen secret.

As for the change in the chemical parameters of sperm, the most widespread phenomenon is the increased level of acidity of sexual bodily fluids. Such manifestations can be observed with the development of inflammatory processes in the body. The result is often the destruction of germ cells in an excessively acidic environment and their premature death. Therefore, any inflammation of the tissues of the urogenital system requires timely diagnosis and appropriate treatment.

Change in morphology of spermatozoa

Why are sedentary spermatozoa formed? The cause of the phenomenon lies in the change not only of their physical and chemical properties, but also of morphological characteristics, in other words, of the structure of the sex cells.

Anatomically adjusted form of spermatozoa is not accidentally foreseen by nature. It is oblong, streamlined outlines, as well as the presence of a rotating process, that promote the development of the sexual cell by the optimal speed during migration through the fallopian tubes.

Why are spermatozoa inactive? If to speak about morphological reasons, here it is possible to note elongation of their head, neck or calf. Often, due to systematic disorders in the body, the sex cells are "born" with a shortened flagellum, which affects their ability to actively move.

The influence of alcohol dependence on the activity of spermatozoa 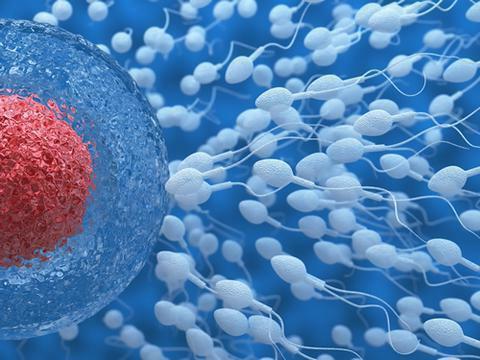 Does the dependence on alcohol make sedentary spermatozoa? The experts' testimonies testify that the use of alcohol abundance most negatively affects the reproductive function of the male organism, along with the intake of potent chemical preparations.

When alcohol abuse is not only reduced the mobility of germ cells, but also sooner or later there is complete infertility. With the elimination of the root cause, in other words, the rejection of addiction, the activity of spermatozoa is restored soon enough in a natural way.

How to treat sedentary sperm with medication?

Any therapy should begin with the identification of the root cause of the development of pathology. If the disease is caused by sexual infections, in particular trichomonads, treatment involves taking antiprotozoal drugs. Antibacterial agents are prescribed in case of infection with ureaplasmas.

With chronic intoxication of the body, after elimination of negative factors, vitamin and restorative drugs are used. In addition, men are often prescribed regular physical exercises aimed at improving the work of the pelvic organs.

Specialists rarely prescribe the use of chemical preparations if it is necessary to activate sedentary spermatozoa. Treatment with medicines often involves the use of funds on a natural, plant-based basis. Among these drugs, several most effective and affordable options can be noted: 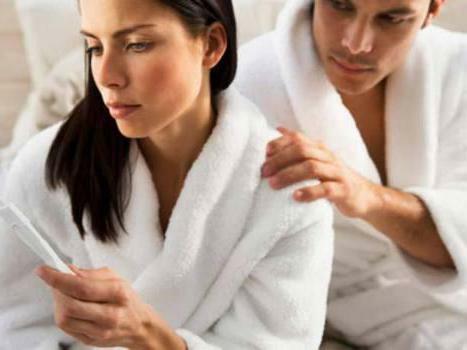 What if the cause of low sperm motility is testicular infringement or varicose veins? An effective solution for restoring the ability to fertilize in this case is a minimally invasive surgical intervention. Elimination of tissue tightening has a beneficial effect on the increase in the activity of germ cells, since an increase in the patency of the secretory ducts contributes to the formation of new spermatozoa.

Surprisingly, activating spermatozoa allows a short-term reduction in sexual activity. To ensure the development of mobile sex cells, it is sufficient to abstain from sex for 2-3 days. In this case, the fastest spermatozoa will be released during the first ejaculation. 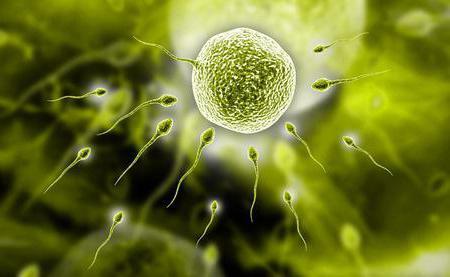 A good solution for improving the quality of sperm is the regular reception of trays based on field chamomile. To do this, it is enough to fill a deep container with warm water, adding a few spoons of dried inflorescences. Next, you need to immerse the sexual organs in the resulting composition. The duration of the procedure should be about 15-20 minutes.

With low mobility of male germ cells, decoction of rose hips excels itself perfectly. Dried berries pour boiling water and insist for an hour. Use the drug 3-4 times a day. The positive effect of taking the decoction comes about after 2-3 weeks. 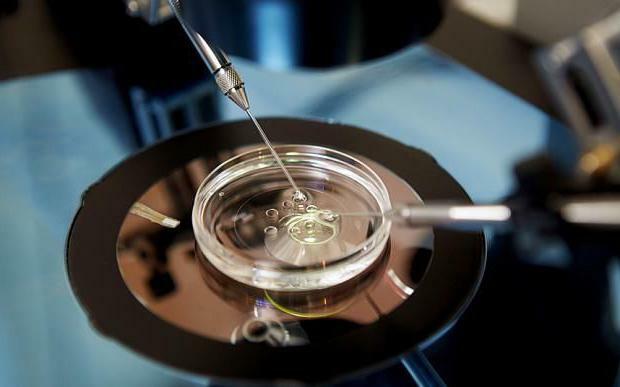 If a decrease in the activity of male germ cells is diagnosed, can I get pregnant? Inactive spermatozoa are treated both folk methods and with the use of drugs on a natural basis. In the presence of serious pathologies resort to surgical intervention. In cases where such solutions do not give a result, the only option is artificial fertilization of the egg.