Hypnosis from smoking: the types and principle of hypnosis

The impact on humans through hypnosis in order to relieve it of certain ailments has been widely used a little more than one and a half centuries ago. At that time it was believed that hypnosis treatment was an effective technique, but it did not give long-term stable results. But science does not stand still, and now hypnosis, quitting smoking with which it is possible to reach for good, became a widely known medical device.

Why do people not quit smoking?

The fact that cigarettes are slowly poisoning the human body is known, perhaps, to everyone. At the same time, only a few are ready to part with an unhealthy way of life. The rest of the people have a lot of excuses, for which they are not going to give up smoking. This is a strong psychological dependence, and lack of desire, and the suggestion that cigarettes are able to calm and relax.

To convince a person of the opposite on a subconscious level can the encoding from smoking hypnosis. This technique provides an opportunity to make people think differently. Hypnosis from smoking( reviews of patients, as a rule, unequivocally speak about high results of this method) will help nicotine-dependent to recognize that all the problems and diseases in his body are caused by smoking. 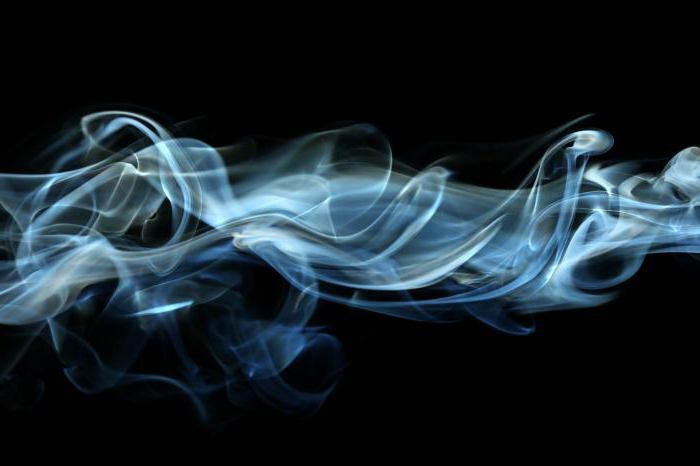 At each next session, a new internal installation will gradually form in the person, the functioning of which is directed to the appearance of a feeling of disgust towards tobacco products. If before the habit was associated with the patient with pleasure, then the coding from smoking hypnosis cardinally changes the attitude towards cigarettes.

Can I quit smoking with hypnosis?

Specialists give a positive answer to this question. With only one caveat: exposure to a person in a state of trance will help get rid of nicotine addiction only together with the desire of the smoker to do it. That is, hypnosis from smoking here is a technique that supports the patient, deepening the degree of his suggestibility. Often a person chooses hypnosis instead of nicotine replacement therapy or when it is impossible to exclude this element from life independently. 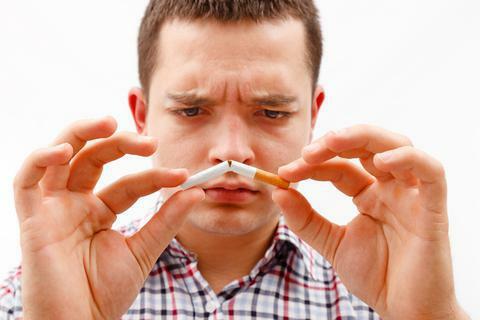 A person should make a decision to get rid of hypnosis by volunteering, while experiencing full confidence in the hypnotist.

To give in to hypnosis, a person can take a comfortable pose, relaxed, fixing a glance at something. The speech of a hypnotist must meet certain requirements.

What happens to a person when he experiences a hypnotic effect?

As a result of hypnotic exposure, a person is immersed in a certain state called trance, and has the following symptoms:

How to expose a person to hypnosis?

Achieve this by monotonously influencing the senses through subtle touches of barely audible music, calm speech( verbal suggestion).All these stimuli should be long enough, then the patient will calm down, feel a desire to fall asleep( he will have a feeling of heaviness in the eyelids, numbness), and then fall into a state of deep sleep. 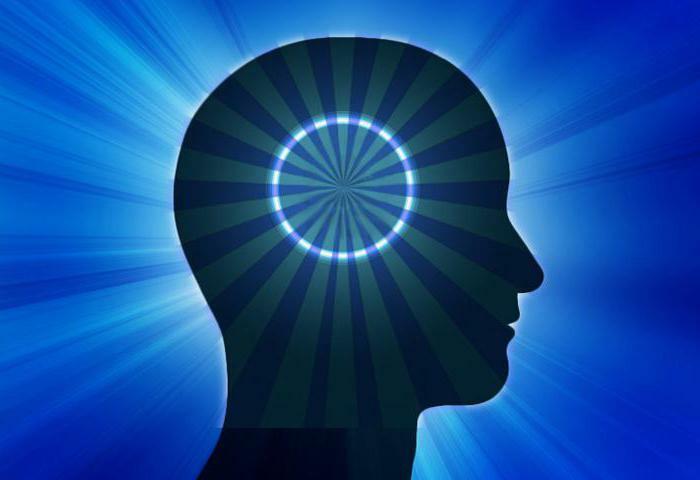 A person falls into a trance when braking reactions occur in the cerebral cortex under the influence of verbal instructions. But the condition is not uniform throughout the entire session.

The stages of hypnosis

What happens after a hypnosis session?

After leaving a hypnotic sleep, a person loses memories of what happened to him during the session. This condition is called hypnotic amnesia. But the received installation continues to perform. One should not forget that this only happens if the patient himself was determined to give up tobacco. 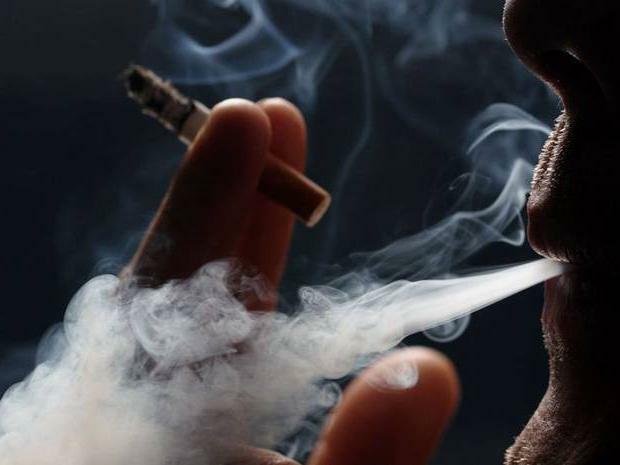 The session of hypnosis from smoking in itself is curative for a person. It positively affects the work of many organs and systems: cardiovascular, respiratory, endocrine, digestive, CNS.

Hypnosis from smoking can act as an independent treatment method or in combination with others when deciding to abandon a bad habit. To fix the result of hypnotic influence on the patient it is possible with the help of phytotherapy, appropriate gymnastics, psychotherapeutic influence, medicinal and acupuncture. It is best to conduct all activities in the complex.

It is noted that hypnosis against smoking in nicotine-dependent patients immediately has a rather weak effect. Strengthen the effect can be through group sessions. It should be noted once again that when working with a patient, a doctor should place emphasis on improving the condition of a person when this habit is abandoned. Make suggestions that you do not want to smoke, it's useless, so this statement is still not true: it is proved that the desire remains. The doctor's task here is to switch the attention of the patient. 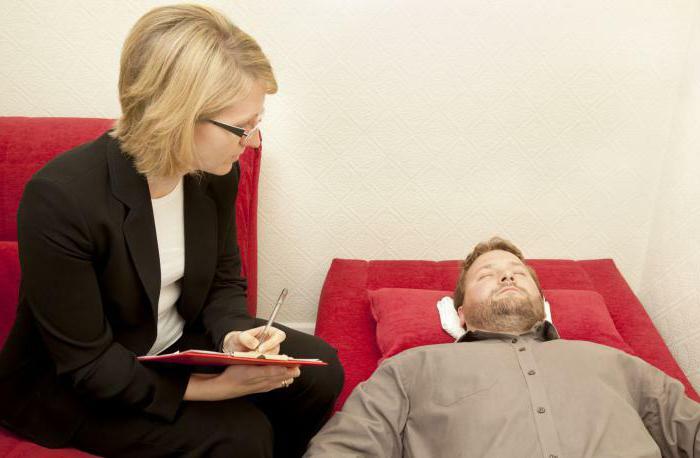 In addition to the above, hypnosis from smoking has a number of beneficial side effects: it helps to remove withdrawal symptoms that result from a failure of tobacco: it helps with insomnia, relieves irritability, reduces anxiety, calms pain in the head, and so on.

Currently, there are many types of hypnosis used in various fields of activity. For therapeutic purposes, some of them are used:

Regressive hypnosis from smoking - a kind of time travel. It is suggested to a person that he is much fewer years old than he really is. This allows the patient to increase energy by feeling the mood of the time when he was young, full of energy, happy and did not depend on any kind of addiction.

The method of age progression is a similar method with a minus sign. The essence of it is that the patient is deliberately increasing his age. To get rid of tobacco smoking it is not used, but to increase self-confidence it fits as well as possible. During the session, a person feels much older and more experienced, able to perform those actions that are actually lacking in spirit. After the session, he "remembers" how old he is, but he does not lose his inspired confidence and, therefore, is not afraid to do what he could not before. 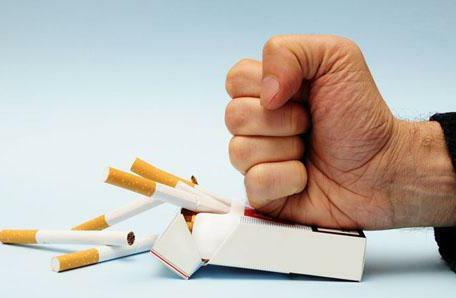 Treatment of smoking with hypnosis by age synthesis method is suitable for almost everyone and helps to get rid of nicotine addiction. The feeling of strength that allows you to easily abandon bad habits, both at a young age, combined with a mature self-confidence, can achieve a positive result in treatment.

Manual method is a powerful hypnosis from smoking, which is also called tactile, developed by VL.Raikov. The essence of it in the impact on the painful points of man. This method has several advantages: a quick effect( achieved in 2-3 minutes);absence of verbal contact with the patient;simple application;accessible to any person;does not imply knowledge about the location of points to be affected - you can only know the foci of pain;has no negative consequences.

Verbal hypnosis against smoking( reviews of many patients confirm the high effectiveness of this method) implies persuasion by word. Such suggestion can be:

Self-hypnosis - self-hypnosis for trans-diving - is often used to treat nicotine dependence. Self-hypnosis can be influenced by any organ. It is effective and safe, it is based on the application of certain rituals, allowing to identify the cause that led to smoking, and eradicate it.

Self-hypnosis is divided into several methods depending on the use of the hypnotizing object:

Another characteristic of the hypnotic effect is its stages: light, medium and deep.

The first and second stages are used for medicinal purposes to induce certain settings( easy) and fix them( medium).Deep hypnosis is used only for the purposes of scientific research. Usually a session of therapeutic hypnosis lasts about 30 minutes. To allow the patient to relax, you can extend the hypnotic exposure time a little.

Differences in the impact of hypnosis on men and women

Statistical studies have noted a different degree of exposure to hypnosis in order to quit smoking in the female and male body: it is easier for men than for women. The reason, apparently, lies in the difference between female and male psychology. It can be assumed that it is more difficult for a woman to overcome an addiction than a man, even despite the great suggestibility of women. Scientists explain this by the presence of a special gene that controls the metabolism of dopamine and is responsible for the sense of satisfaction. Many women are carriers of its specific combination, which makes it difficult to quit smoking. 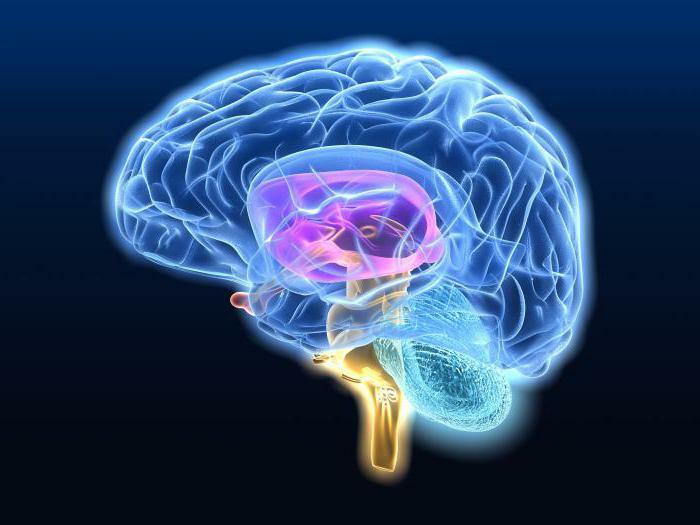 It should not be forgotten that the female body suffers more from nicotine than the male. In addition, the woman has a great responsibility for the offspring, as her egg is highly susceptible to toxic effects.

If you do not exclude the possibility of quitting smoking with hypnosis, you should first get a professional consultation from a doctor. After all, quitting this pernicious habit can never be too late. The earlier smoking ceases to be one of the fundamental elements of everyday life, the less likely it will be to be able to develop a severe oncological disease. In addition, to avoid a lot of health problems, you can also get rid of smoking.

Indeed, the treatment of smoking with hypnosis for many smokers with experience is a real way out of a very complex and difficult task, since it's quite difficult to quit cigarette habit without resorting to outside help. After all, this is not just a harmful occupation. The carrier of a potential threat to human health - nicotine - can lead to a stroke, heart attack, heart attack, eye diseases, osteoporosis, etc.

Tabacco-dependent people try to overcome their deficiency with the help of a lot of means: chewing gums, bandages, consultations with a psychologist, etc. Willpower here predetermines success. However, it is not always able to repel an irregular way of life. Getting rid of hypnosis smoking is probably the only hope of many heavy smokers.

A large number of people trying to quit using hypnosis do not really have a firm determination to do this, which in turn negates any physician manipulation, even if carried out in conjunction with other methods. Therefore, every smoker should make an informed choice in favor of giving up tobacco. This will be the key to successful treatment.