Generic - what is it? Generics: table

Do not save on your health, but the prices of medications make it do. Practically everyone who recently visited pharmacies was unpleasantly surprised by the increase in prices for all drugs. Alas, it is difficult to keep track of the pharmaceutical companies, therefore everyone sets the price that is profitable for him.

But for many years in the drugstores you can find a generic drug. What is it, than this tool is better or worse than the original and how to choose correctly - everything needs to be sorted out in order.

To be treated now is expensive, so some pharmaceutical companies overstate prices, while others offer cheaper products. Many people ask the pharmacists, buying a generic what it is. Respond most often with a simple phrase - a cheaper analog. But why it is cheaper and whether it affects quality, not even the sellers themselves are always aware. However, they can not answer the simple question of whether these preparations are safe.

Generics on the shelves of our pharmacies appear after the creator of the drug has a patent for its production. Let's say that today we are creating a unique cure for the headache. The one who invented it, keeps the formula secret and releases the drug itself, or sells the right to use it to anyone else. And after 20 years the patent will end and the recipe of this medicine will be available to all comers. Then there will be generics - the same funds with a simplified composition. 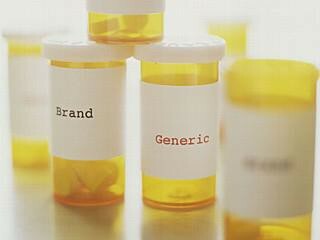 Nobody can unequivocally answer about all the drugs. It would seem that if the recipe is the same, then surely the action is the same? Here then begins the deception from the producers.

Generics are not an exact copy of the original drug. The creator of the drug knowingly added to the composition of the active substance and more. Often even a small feature in production can significantly affect the safety and efficacy of the drug. And generic manufacturers usually look for cheaper raw materials for their products, and not always they have the opportunity to use the same technology in production. It's like cooking: having a recipe for "high cuisine", not everyone can repeat it because of insufficient experience, lack of expensive quality ingredients and inattention.

Generics more than many think

Not all manufacturers mention in the name of the drug that it is analogous to any. Therefore, the goods with the prefix "generic" is very small, and often it is not even indicated in the instructions.

Usually, the name of the original drug will depend on the active ingredient in the composition. And generics( with the exception of some) are called trade names, which are often not related to the composition. This allows producers to mislead customers by offering them a new drug with an old formulation.

Do they control production?

Of course, before any drug enters the pharmacy, it is tested many times for efficacy. Under the laws of Russia, all new drugs are checked for bioequivalence. Thus, we do not get those medicines that have minimal efficacy.

However, there is no service that tests the generic in more detail - what it is and how it affects different people is not studied. Similarly, the equipment on which tablets, ointments, drops, etc. are produced is not particularly tested.

But the producers are really trying, so today in the world more than 50% of the most popular drugs are exactly generics. Especially they are popular in the treatment of erectile dysfunction, since the price of original drugs is much higher.

"For" and "against" this option

The main plus of generics is the low price. It is achieved either by replacing secondary substances with others, or by simplifying the production process.

The effectiveness of the drugs is checked, so you will not get a placebo at a lower price. And it helps to find the necessary generics list of drugs, which is partially given in this article.

But the downside is that not all drugs act as strongly as the originals. In addition, due to the lack of long and thorough clinical studies, there is no 100 percent guarantee that the generic will not cause allergic reactions. 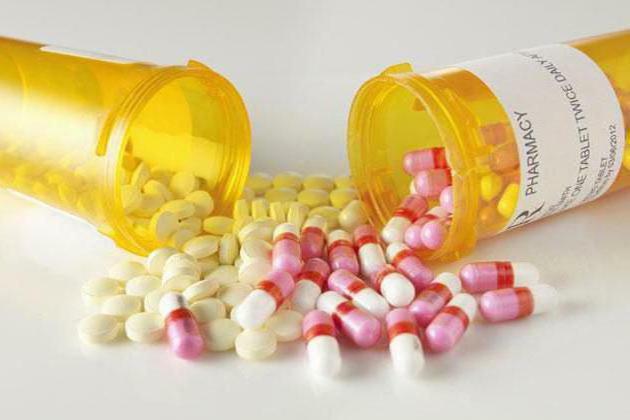 The three most popular drugs in the field of problems with men's health know many. First of all, everyone is interested in Viagra, since for today this drug is on hearing.

Not many understand that any means that support men's health have a number of contraindications. And while the original drugs were expensive, before they were bought, patients almost always consulted a doctor. So, they are contraindicated to the heart, to people under 18 years old, to those who have a curvature of the penis and many more. And since cheap analogs have appeared, the treatment of sexual dysfunction has become more accessible, which means that doctors are treated less often.

It does not matter what generics( Cialis, Viagra or Levitra), you need to understand that they may have more contraindications than the original drug. Of course, this does not exclude the possibility that the new manufacturer didthe best medicine than the original, but it is rather an exception to the rules.)

In general, when using any drugs to improve sexual life, one must understand that their main component( sildenafil in "Viagra", tadalafil in "Cialis" and vardenafil in "Levitra")affects the flow of blood to sexualthat is, if the problem in the intimate plan is associated with insufficient blood supply, the drugs will help, but in other cases they will be ineffective. Not important, the drug "Levitra"( generic), "Cialis" or "Viagra soft" you have purchased -their active components, roughly speaking, increase the pressure, which is why they work. 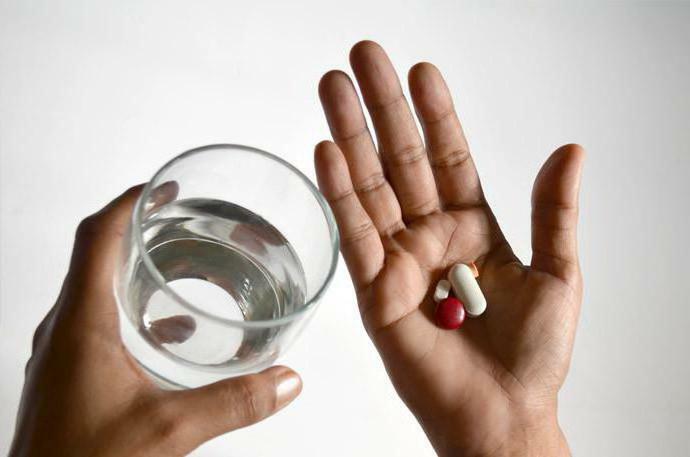 Generics for the treatment of viral and colds

The most popular ailments today are offered to treat in many ways - both pharmaceutical and folk. And, of course, in this sphere, there has been no analogue medication. If you want to know about all the generics, the list of drugs in the table below.

Many coming to the pharmacy were interested in the pharmacist, is there any drug is cheaper than what the doctor appointed. And sometimes the doctor himself was asked to immediately write the name of the cheapest medicine. It is in this sphere that today there is a huge amount of funds of different price category, which are generics.

For example, "Teraflu" generic. The drug itself was actively advertised on TV and for sure many were convinced of its effectiveness. It really does quite quickly remove many symptoms of cold and flu, and is simply irreplaceable if there is no time to get sick. The active substance of the drug "Teraflu" is paracetamol, but in addition there are both vitamin C and anti-allergenic agents. And the very form of the drug( powder) greatly accelerates the effect of the drug. So, if the main task is to bring down the temperature - you can replace Teraflu with ordinary paracetamol( a difference of 200 rubles), and if you need a generic, then "Influnoorm"( a difference of 100 rubles) will do. The latter in the composition will not have some substances, perhaps more contraindications, so before you "lead" to a lower price, read the instructions to the drug "Teraflu" generic.

You need to know a lot about the generic drug: what is it, what is the difference between it and the original, what are the contraindications. Some of this information can be found in the instructions to the drug, part of it is available from a pharmacist or doctor.

In the pharmacies are sold different generics, a table of these drugs will help you choose the most beneficial option. But remember: not all analogs are equally useful. 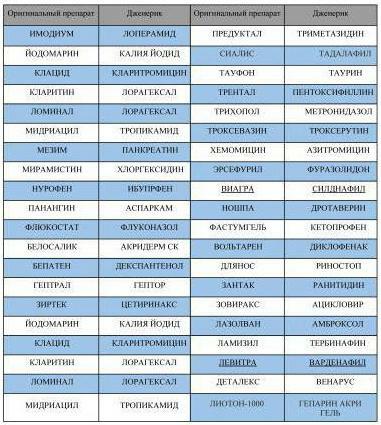 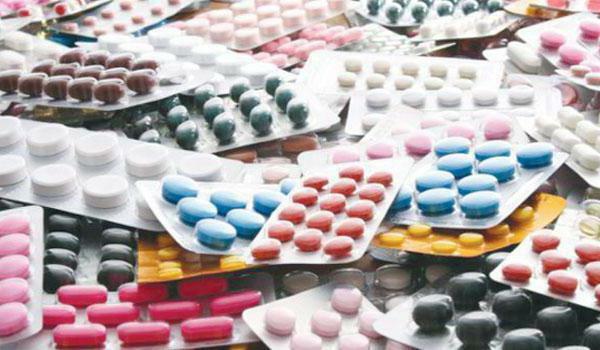