The nails in children are broken: possible causes and treatment

If you notice any changes in the appearance of the baby, you should immediately know the cause of their appearance. It often happens that the nails of children are cracked. What to do in this case, not all parents know. They raise panic, lead their kids to all sorts of doctors. In the worst case, they go to the pharmacy on their own, buy medicines and give them to their children. This can not be done categorically, because you risk undermining the immune system of the child.

The nails in children are broken: how to find out the causes of the

phenomenon. It's not difficult to understand why the toddler's nails are cracked. You just need to analyze your child's behavior in the last few days. Perhaps you have noticed any features in his usual rhythm of life.

You need to remember the following facts:

These common phenomena also determine the cause of the bundle of nails in childhood. There are several of them, each one should be discussed separately.

This explanation is most appropriate if the child has nails to crack, although sometimes the hands are prone to mechanical injuries. Kids are very mobile, they are constantly learning something and playing somewhere, do not sit in one place. Therefore, the child can hit the finger, because of which the nail will begin to separate.

To determine that it is for this reason that the kid has encountered a problem, it is easy. The nail changes color to cyanotic, then turns purple. And after a certain period of time, it becomes black. 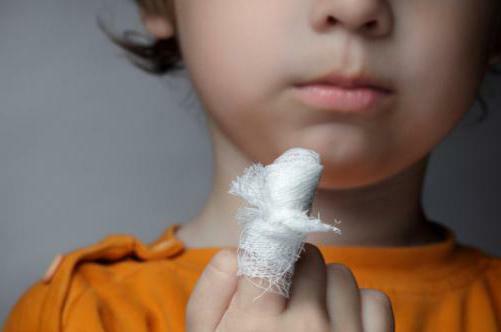 Mechanical injuries can also be caused by uncomfortable shoes. Therefore, if a child's fingernails are cracked after buying a new pair of boots or shoes, know: most likely, the reason is in the purchase.

Lack of vitamins and minerals

This is the case if the baby's nails fall apart at the very bottom. They may turn slightly yellow, white spots may appear on them.

This means that the child does not have enough calcium, iron or gelatin in the body. Avitaminosis is easily treated, but you can not prescribe the treatment yourself. It's about the health of a small child whose immunity is very vulnerable. Therefore, you should choose a good complex of vitamins along with the doctor. 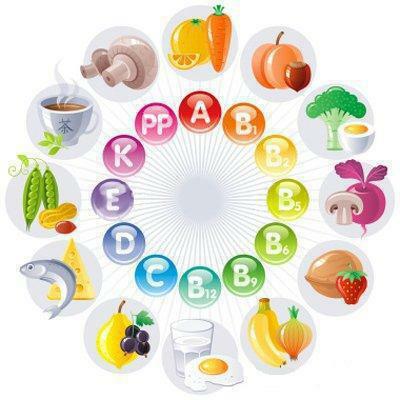 Fungus as a cause of stratification

Fungus is one of the most dangerous causes by which the nails in children are folded. The causative agent of the disease develops rapidly, reproduces and passes to other marigolds. Fungus most often affects the legs, but on your hands, too, you can see such a problem.

To delay with the appointment of treatment in this case is strictly prohibited. It is necessary to take the baby to the doctor, since only a professional doctor can prescribe a quality treatment that does not harm the child's health.

But remember that the symptoms of fungal infection in children differ from the signs of the same disease in adults. You may notice that the baby's nails became thicker, the surface began to peel off, and later the stratification began. In this case, the structure of the plate itself can not change. Contact your mycologist or dermatologist for treatment. 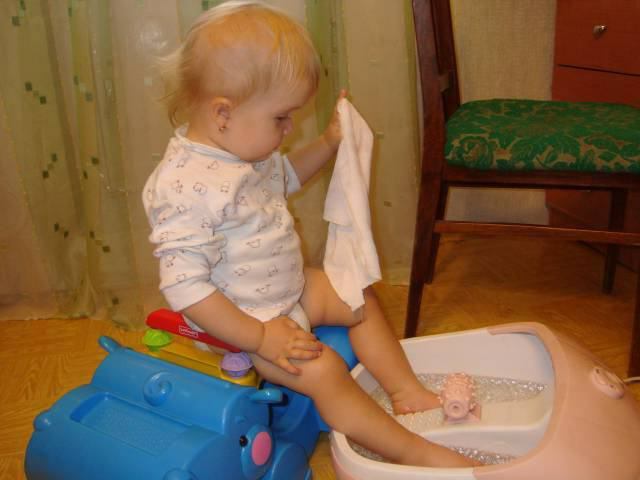 Problems with the psyche

If, as a result of nervous experiences, the baby chews or sucks his fingers, do not be surprised if the child's fingernails crack up. This is the case if the attendant symptoms are insomnia, frequent crying, problems with appetite, anxiety.

If the baby is in constant nervous tension, you need to reconsider the lifestyle of your family, because in the future your tactics of behavior can affect the child's psyche, causing irreversible deviations.

What are the reasons for the bundle of nails

There are some other reasons why the child's fingernails or legs are cracked. They are associated with more serious impairments in the child's body, therefore require careful diagnosis and treatment, appointed by a professional doctor. The causes of the ailment can be:

These problems are usually noticed by a doctor, but he also analyzes a number of other symptoms that may be incomprehensible to an ordinary person. Diseases must be treated promptly, without waiting for the manifestation of complications, so do not delay the trip to the hospital.

Having found out the reason of stratification of marigolds at the kid, it is necessary to start treatment. The first thing that needs to be done is to eliminate the factors contributing to the development of the disease. Some causes can be eliminated on their own, and some can not be cured without the help of a doctor. If you have doubts about the nature of the origin of the pathology, then it is better not to deal with self-medication so as not to harm the child's health. 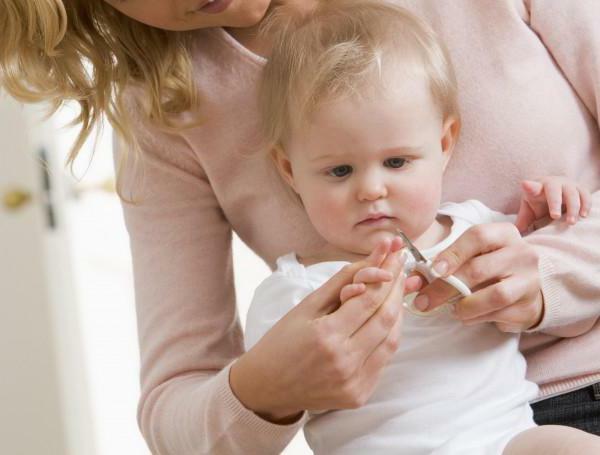 If the cause of the bundle of marigolds in a child lies in the banal lack of vitamins and minerals, the doctor usually prescribes children's multivitamin complexes. Most often pediatricians recommend "Pikovit"( for children), whose price is about 200 rubles. This is due to the fact that this complex provides the kids with all the necessary microelements, without affecting the family budget. Also popular are "Multitabs" and "Pregnavit". 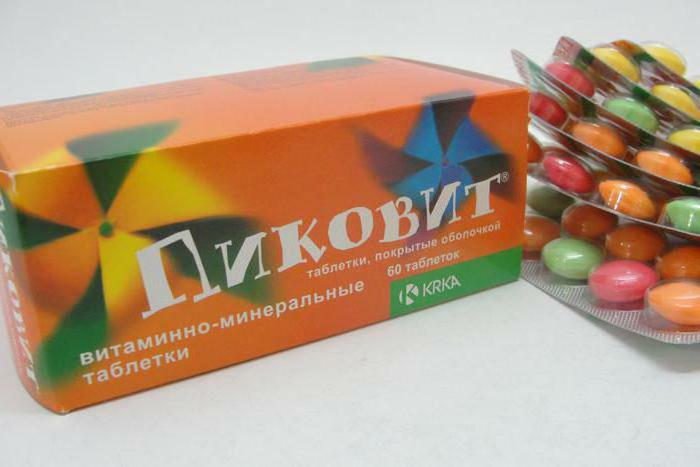 Usually parents buy "Pikovit for children".The price of the drug suits them, so they think they have done everything possible to treat the child. However, without special food all the same can not do. It is necessary to feed the baby products, which contain iron and calcium. It can be broccoli, tofu cheese, dried apricots, raisins or almonds. Dairy products are also popular.

Do not forget about external processing of marigolds with vitamins A and E. They can be bought in the form of oil and applied to damaged areas.

Benefits bring baths with the addition of iodine or lemon juice. Do not forget that the water temperature should be comfortable for the child.

If the cause of the bundle of nails lies in the fact that the child gnaws on the background of stress, then it must be taken to a psychologist. In addition, the atmosphere in the family should be benevolent. It is also often advised to apply a special bitter lacquer to the baby's marigold. After that, he hardly wants to take his fingers in his mouth again.

You should monitor the emotional state of the child, do everything possible to make it stable, and anxiety does not make itself felt. Try to spend more time with the baby, perhaps he lacks your attention. 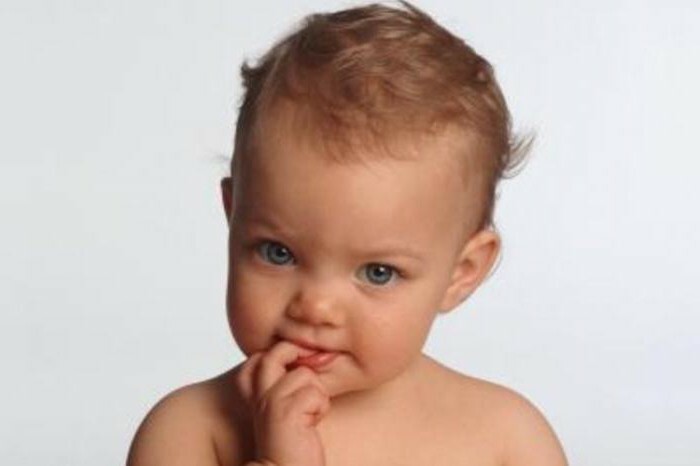 Treatment of fungal infection should be prescribed by a professional physician. There are many pharmaceuticals that help cope with the pathogen, but if they are not properly selected, you can deal a significant blow to the immune system of the child.

You need to do a general cleaning of the apartment and disinfect toys that are often in the hands of the baby. Do not forget about the regular hygiene of the crumbs. At the same time, follow all the recommendations that the attending physician will give.

Thus, if the nails in children break down, you need to find out the cause of this phenomenon, after which you should begin treatment.