A good plastic surgeon is like a real sculptor, capable of eliminating any imperfections in a person or figure and advantageously emphasizing their merits. But not every holder of this profession is a true master of his craft. Therefore, it is so important to seek the help of an experienced and well-proven specialist. This is Sergei Levin. What kind of specialist is this? And is it really as good as they say about it? 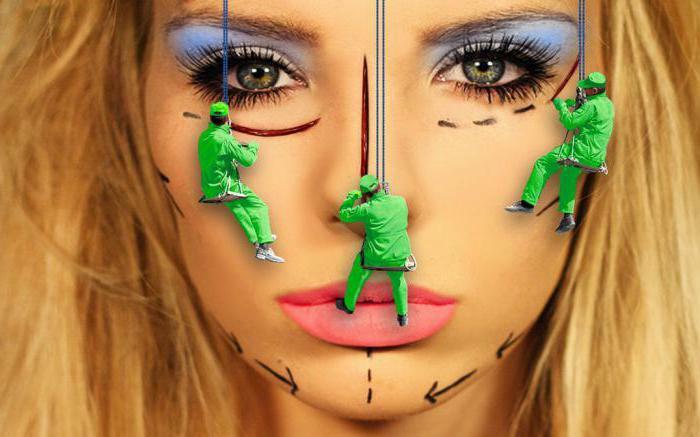 General information about the specialist

Besides this, Levin Sergey Lvovich is considered the successor and loyal pupil of the famous Geneva plastic surgery specialist Dani Montandon. 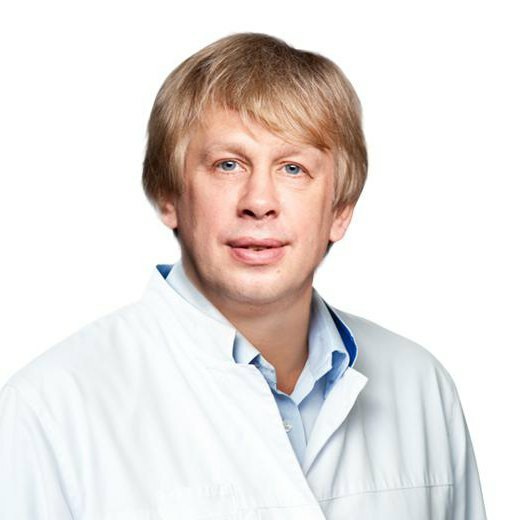 Where did the plastic surgeon go?

As Sergey considers it superfluous to make public the information about his childhood, almost nothing is written about this. But about the study and youthful hobbies of our hero told a lot of interesting things. For example, it is known that in his youth the young man was actively interested in science and medicine. He read a lot and even encouraged his parents to buy new books and magazines that corresponded to the subject of his hobbies. It is also said that at school he studied biology, physics and chemistry with passion. In a word, he preferred more exact sciences.

However, the real biography of Sergei Levin begins with the arrival of our hero in the Ivanovo State Medical Academy. He graduated in late 1987, receiving a diploma and an honorary certificate.

Unbelievable, but the young specialist decided not to dwell on this and exactly two years later he hastily defended his thesis at the Sechenov Institute on the topic "Microsurgical anastomoses". After the first successes in science and medicine, Sergei Levin( plastic surgeon with a capital letter) again plunged into books. Since 1990, he has been working productively on several scientific projects, one of which is related to the process of regeneration and healing of skin tissues.

It is noteworthy that at that time Sergey Lvovich was not a pure theoretician. On the contrary, he immediately tried to implement all his knowledge in practice. And most importantly, that for this he had all the necessary skills and capabilities, since his teacher was the head of the Department of Plastic Surgery, based in Geneva. It was here that the prospective specialist was invited to work in 1991.Here also his first acquaintance with real plastic surgery happened.

The first discoveries in the field of plastic surgery

During his practice, which Sergey Lvovich Levine( a plastic surgeon with 20 years of experience) incidentally took place in the Geneva laboratory at the above-mentioned institute, he managed to discover the incredible abilities of one of the types of cytokines.

According to the conclusions drawn, the information peptide molecules found by him contributed to the early healing and restoration of previously damaged skin. Levin came to such conclusions with the active support of the collective of the higher educational institution. 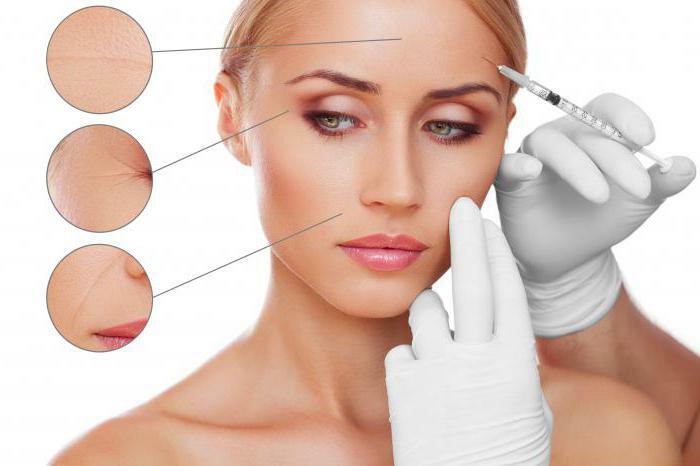 The first steps in the career of a plastic surgeon

A young specialist was so impressed by the staff of the institute that Sergey Levin( a plastic expert, known not only at home but also abroad) almost immediately joined the ranks of practicing surgeons in Geneva. After practicing a little, the young doctor was invited to work in a rather large Geneva clinic, "General Beaulieu".

After a while, Sergei Levin managed not only to prove himself on the positive side, but also to start training young professionals. In addition, our hero began to spread his scientific works on public display, involving for this foreign and domestic media. In 1993, he gave an exclusive interview to the famous American edition of Microsurgery.

During a conversation with journalists, Sergey Levin( a plastic surgeon of the highest category) held a vivid presentation of the innovative method of formation of invisible scars based on the use of the plasmacytic fraction. 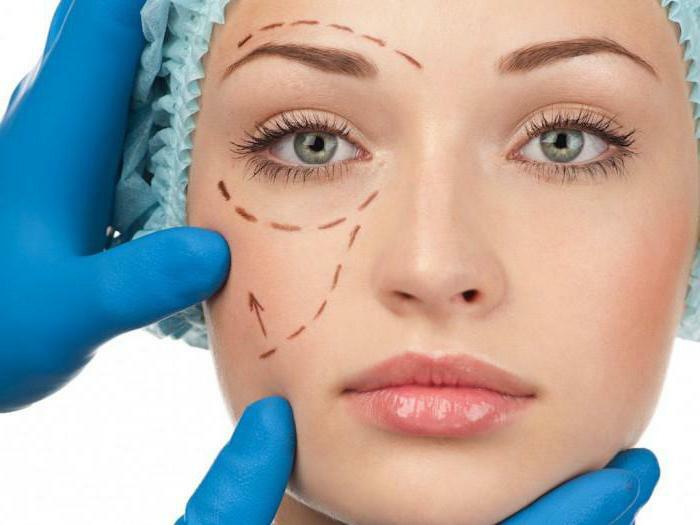 In early 1998, Levin spoke at one of the bright seminars of the Association of Plastic Surgeons, which was held at that time in Switzerland. It is noteworthy that the subject of his report was the author's technique of abdominoplasty, based on certain features of the muscles. As a result of the speech, the author made an incredibly positive impression and earned first reviews from experienced gurus of plastic surgery.

In the beginning of 2000 Levin Sergey Lvovich went against his profession and developed an incredibly effective non-surgical technique for facelift. According to him, this method is unique in that it is simple, accessible to almost everyone and recommended to people who want to rejuvenate without the plastic surgeon's knife. The total time of the procedure, named FEEL & LOOK YOUNGER®, is no more than 30 minutes.

In the same year, Dr. Levin became one of the invited lecturers of the European Medical Center. While working in a private Moscow clinic, Sergei did not just share his experience, but visually showed the young specialists the principle of rhinoplasty. Simultaneously, Sergei Lvovich was invited to a small Swiss town called Montreux. Here he also acted as a lecturer who read the course on "Profiling Exterior", and with pleasure conducted master classes in plastic surgery. 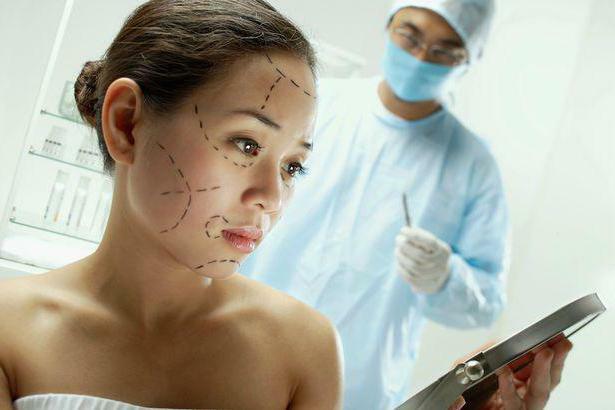 Moscow practice and further development of

In the beginning of 2001 Sergey Levin( photo can be seen in the article) returns from abroad to his homeland and decides to start his own practice. To do this, he opens a clinic, in which he begins to recruit promising professionals who are able to quickly learn and delve into the essence of the work.

Later our hero becomes a popular expert in the field of plastic surgery in Russia. He has many clients who speak positively about the doctor's work. And exactly one year later Sergey successfully leads the Esthetic Clinic of the EMC, opened on the basis of the "European Medical Center", and is a member of the commission of analysts specializing in repeated prosthetics of female mammary glands.

A few words about Levin's clinic

The aesthetic clinic of EMC, where Sergei Levin works, is considered one of the most famous medical institutions in Moscow. It consists of two buildings: the clinic of plastic surgery and cosmetology( located on Spiridonievsky lane), as well as the department of plastic and reconstructive surgery and cosmetology( located in Orlovsky pereulok).In addition to our hero, the famous French surgeon Nicolas Vayo, who previously founded the Paris clinic called "Spontini", works in the department of plastic surgery.

What services does Levin clinic offer?

Also in the clinic of our hero are engaged in such a juicy topic as intimate plastic. 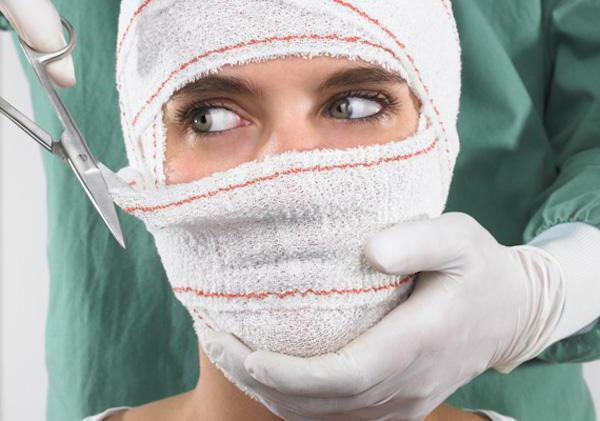 A new service in the field of trichology

One of the relatively new services of the center, headed by Sergey Levin, the hypothermia of a part of the head covered with hair deserves special attention. It is noteworthy that this procedure helps prevent total or partial loss of precious hair during routine chemotherapy.

According to experts, the treatment system involves the use of cold coolers "Dignikap".The essence of the job is to put on a special silicone helmet, which allows you to regulate the process of cooling the scalp.

The popularity of the Levin clinic

Currently, the clinic, founded by Sergei Levin, is very popular among the elite. Quite often clients of the famous plastic surgeon are show business stars. For example, such celebrities as Prokhor Chaliapin, Dima Bilan and the scandalous participant of one of the famous reality shows Diana Makieva addressed.

How to get an appointment with Sergei Levin?

In order to get an appointment with our hero, you need to go to the clinic's emcmos.ru website, select the "Make an appointment" tab and fill out the corresponding form. In it you need to specify the following information:

Then it only remains to agree with the processing of personal data, enter the verification code of captcha and send the application form online.

How professional is Levine Sergey: feedback

The wonderful work of Dr. Levin is often written not only by the media, but also by the patients themselves. People who went to the clinic say that the work the specialist has done on their face is huge. It is made so finely and professionally that you can not even distinguish it from the natural beauty.

Others are happy, because thanks to the skillful hands of the master, they managed to look 10-15 years younger and restore their former attractiveness. The third liked not only the final result of visible visual changes, but also the very atmosphere that prevailed in the clinic. In their opinion, in the process of the reconstruction of the body, all the employees were involved, including Levin Sergey Lvovich. Reviews about his work, as well as about the clinic, as you can see, are mostly positive.