Rules and scheme for canceling "Utrozhestan" during pregnancy

Increasingly in recent years, women face different problems during pregnancy. One of the popular diagnoses is habitual miscarriage. This means that a representative of the weaker sex can not give birth to a child due to miscarriages, frozen pregnancy and so on. Often the pathology arises from the lack of hormones, in particular, progesterone. Replenish the deficit of this substance can be modern medicines. 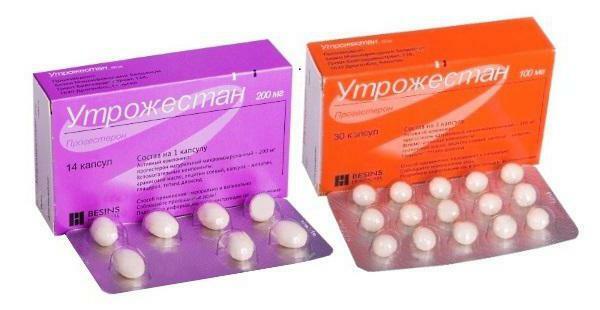 This is "Utrozhestan".To begin reception of this agent, as well as to refuse it, it is necessary only under the reference of the expert. Today's article will tell you how to cancel the "Utrozhestan" during pregnancy. The scheme will be presented later.

What is the medicine for?

Before you learn how the scheme of canceling "Utrozhestan" during pregnancy( after IVF or natural conception) looks, you need to get acquainted with the drug itself. Medication "Utrozhestan" is a gestagenic agent. It is recognized as a synthetic analog of progesterone. This hormone is normally produced by a yellow body located in the ovary, after ovulation. Progesterone promotes the preparation of the endometrium to attach the fetal egg, supports the uterus in a normal tone, does not allow the termination of pregnancy due to a reduction in myometrium and performs other important functions. If this hormone is not enough, which is often found in gynecological practice, then the drug "Utrozhestan" is prescribed.

The scheme for canceling "Utrozhestan" during pregnancy always depends on the dose of the drug taken. According to the instructions, the drug can be injected into the vagina or taken orally. The first option for doctors is more preferable, as it reduces the risks of side effects. Please note that the medication is not prescribed for severe hepatic insufficiency, the patient's tendency to thrombophlebitis, and also for certain diseases of the nervous system.

Dosage and duration of use are always determined by the physician individually. A medication can be prescribed to prevent miscarriage( after ovulation) or to treat a self-abortion that has begun. Instructions for use recommend using 200-400 milligrams of medication per day. This portion is divided into 2 receptions. But gynecologists can prescribe a different dosage.

It is often prescribed for the prevention of miscarriage. In this case, the drug is taken in a standard dose of 200 mg per day from the time of ovulation. If the pregnancy has occurred, then at the discretion of the doctor and the results of the analysis, the amount of "Utrozhestan" can be doubled.

When the pregnancy ends unsuccessfully and miscarriage occurs, the medicine is canceled. This action can provoke an independent exit of the fetal egg from the uterus. This woman will not need scraping. Cancellation of the drug is only if the termination of pregnancy is confirmed by reliable facts( analyzes, ultrasound, the patient's well-being).There are no special rules. Just stop using the pills.

The standard scheme for canceling "Utrozhestan-200"

In pregnancy with the diagnosis of "habitual miscarriage" the drug is prescribed from the moment of delay in the dosage of 200 milligrams. The patient will have to take medication for a long time. Approximately at 13-16 weeks of pregnancy, the placenta takes charge of progesterone and the survival of the embryo. Since then, the need to use "Utrozhestan" disappears. Therefore, you can gradually abandon the drug. Do this only with a doctor. The doctor will prescribe a scheme that looks something like this:

Taking the drug and canceling it at the threat of interruption

If a patient has a threat of miscarriage, which is manifested by pain in the lower abdomen, bloody discharge and other symptoms, the medication is prescribed in a larger dosage. Doctors increase the dose of the drug to 400 mg per day. In these cases it is convenient to use capsules, which contain not 100 mg of progesterone, but 200. The medication is used as standard: until the 13th to 15th week. The scheme for canceling "Utrozhestan" during pregnancy in this case is as follows:

The situation is different when using assisted reproductive technologies. The IVF procedure is quite expensive and difficult for the patient's body. Therefore, doctors are reinsured and prescribed medication "Utrozhestan" in large doses immediately after embryo transfer. Such tactics can prevent miscarriage and the threat of its occurrence.

Usually, the patient is given a daily dose of 600 to 800 mg of progesterone. Take the medicine until about mid-term. By 20-21 week the cancellation scheme is completed."Utrozhestan" during pregnancy, according to doctors, there is not much. Therefore operate as follows:

In what cases after a dose reduction is it increased again?

The scheme for canceling "Utrozhestan" during pregnancy is selected depending on the patient's condition. Pre-gynecologist appoints an ultrasound and a blood test to determine the level of progesterone. After receiving the results, the doctor decides whether to start reducing the dose of the drug, or wait for more. As you can see, in all situations the portion of the medicine decreases gradually. A sharp restriction of the drug or a complete withdrawal of it can trigger an abortion. 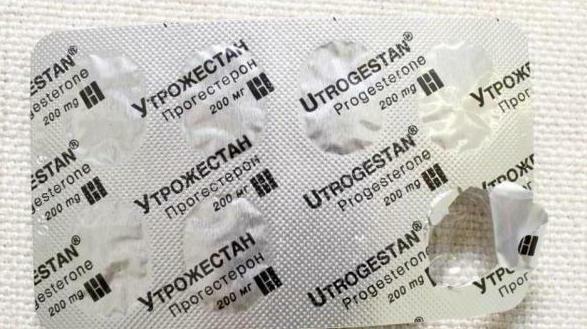 During the dose reduction, it is necessary to closely monitor the condition of the woman. Due to the large flow of patients, the gynecologist does not always manage to control the well-being of the future mother. Therefore, responsibility falls entirely on your shoulders. If suddenly you feel worse: the pain in the back and lower segment of the abdomen started, brown or pink discharge appeared, then you need to return the previously established dose of the medicine. A few weeks after the normalization of well-being, the scheme for canceling "Utrozhestan" is repeated. During pregnancy at the same time, the patient may be recommended sedatives and sedatives.

The representatives of the weaker sex say that the scheme for canceling "Utrozhestan" is almost always the same. In pregnancy, the dose reduction is smooth. First, the daily portions decrease. If you initially used 600 mg( 200 in the morning and 400 in the evening), then in the first week of withdrawal the drug is halved in the morning and left in full for evening reception. Next week completely refuse the first portion of the medicine and use only the second. 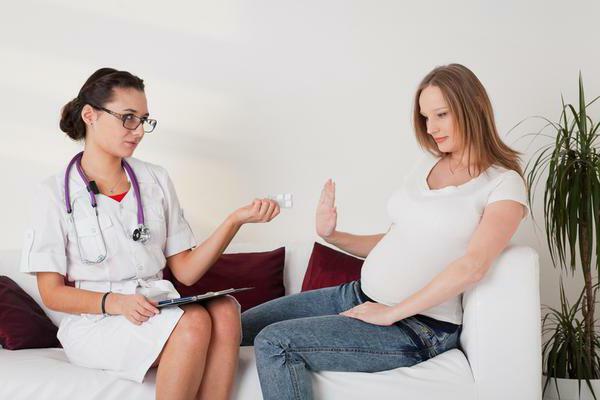 Especially neatly produced the abolition of "Utrozhestan" with IVF pregnancy. The scheme is appointed by the gynecologist always individually with obligatory account of features of an organism and quantity of the embryos attached.

The article provided you with information on what is the scheme for canceling "Utrozhestan" during pregnancy( 600, 400, 200 or 800 mg).During reduction of a portion of a medicine watch your feelings. In most cases, the cancellation occurs without negative consequences. But if you have any questions or concerns, then consult your doctor. Good luck!