Diseases of the digestive system are quite common pathologies that occur in the vast majority of the world's inhabitants. However, not everyone knows that many diseases of the gastrointestinal tract arise from the pathological conditions of the large duodenal papilla. From the materials of our article, the reader will learn about what BDS is, what types of diseases of this structure are known to medicine, how pathological conditions are diagnosed and what therapy is being performed.

The large duodenal papilla( OBD) is an anatomical structure of a hemispherical shape that is located on the mucosa of the descending part of the duodenum. In medical literature, BDS can occur under other names - a large papilla of the duodenum, or pectoral papillae. And yet, what is BDS?This structure is from 2 mm to 2 cm in size, which performs a very important function - it connects the common bile duct, the main pancreatic duct and the duodenum. BDS regulates the flow of bile and pancreatic juice into the small intestine and prevents intestinal contents from entering the ducts.

In the structure of the OBD pathological changes can occur under the influence of various factors - a diverse pathogenic microflora, pressure fluctuations and changes in acid-base balance, stagnant phenomena in the cavity, etc. In addition, the structure of the organ can be disturbed by migration through the bile duct of stones or other dense structures.

Diseases of the large duodenal papilla are very diverse. With the development of modern diagnostic methods, conclusions about functional disorders in this structure occur much more often than previously thought. However, due to untimely and rather difficult diagnosis, medical practice often encounters a huge number of unsatisfactory results in the treatment of patients with cholelithiasis or pancreatitis that have developed against the background of violations in the structure of OBD.

The common pathology of OBD is tumor-like neoplasms - hyperplastic polyps constitute up to 87% of the number of benign neoplasms. Polyps, as a rule, do not degenerate into malignant tissues. Adenomas are a rare disease, BDS cancer accounts for up to 25% of all malignant tumors. Stenosis of the OBD is diagnosed in 4-40% of patients. As a rule, the pathologies of the OBD are interrelated with cholelithiasis( CHD), which occurs in every tenth inhabitant.

Diseases of the large duodenal papilla are classified into two large groups:

Primary diseases include those disorders that occur and are localized within the structure of the OBD - papillitis( inflammatory disease);spastic stenosis of the OBD, which can later be transformed into papillosclerosis;age-related changes in OBD;congenital anomalies;benign and malignant neoplasms - lipomas, melanomas, fibromas, adenomas, polyps, papillomas.

Secondary Diseases BDS are stenoses caused by cholelithiasis. Symptoms of the disease are directly related to the cause that caused it. So, if the pathological process is a consequence of the disease of the biliary system, the course of the disease will be similar to those of the LCB pathology, which is characterized by the formation of stones in the gallbladder or bile ducts, accompanied by a feeling of heaviness in the hypochondrium, flatulence, heartburn, unstable stools.

There is the concept of combined stenoses - violations of the function of OBD, which arose against the background of duodenal ulcers. In this case there is a lack of OBD.

If the pathological processes in the structure of the OBD are caused by inflammation of the pancreas, the manifestations of the disease will be similar to those of pancreatitis.

Pancreatitis is an inflammatory process in the pancreas. It is noteworthy that the picture of the course of the disease can be different - pathology can develop rapidly, taking an acute form, or not manifest itself for a long time, which is characteristic of the chronic form of the flow. 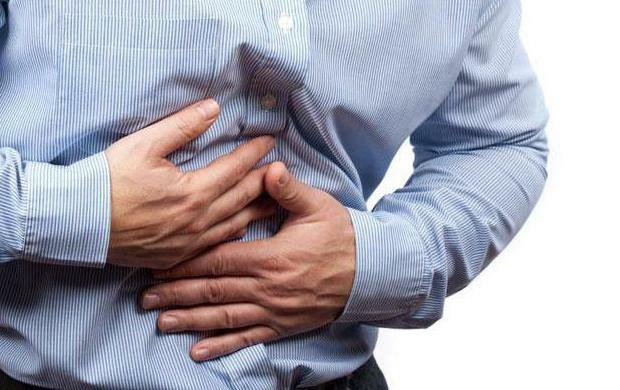 The main symptom of acute pancreatitis is a very severe cutting pain in the upper abdomen - right or left hypochondrium. The pain can be of a circumvallent nature and not stop even after taking antispasmodics or analgesics. That's what BDS is and what the consequences of this are in violation of its functions.

In addition to pain in pancreatitis, there is a vomiting reflex, muscle weakness, dizziness. The main signs of pancreatitis in ultrasound investigation are the change in shape and unevenness of the edges of the pancreas. When diagnosed in the body can be found cysts. I must say that the disease is difficult. And if untimely intervention can lead to death.

Stenosis BDS is a pathology with a benign course that is caused by the obstruction of the biliary and pancreatic ducts due to inflammatory changes and cicatricial narrowing of the papilla. How's it going? The passage of the stone causes injury to the papilla, and an active infectious process in the folds leads to the development of fibrous tissue and stenosis of the areas of the ampoule of the OBD. 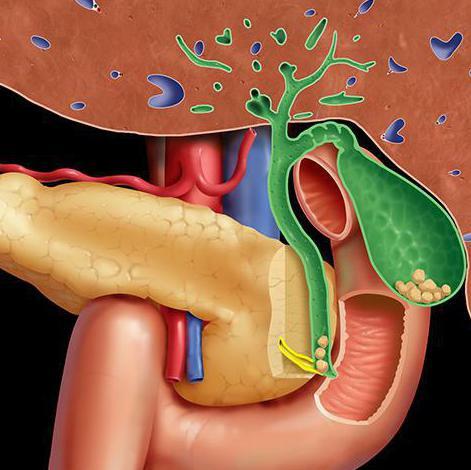 As it is known, the age of a person has a direct influence on the structure of the OBD.People of advanced age with cholelithiasis suffer from an atrophic-sclerotic form of chronic papillitis. The contingent, whose age has not reached the sixty-year limit, is subject to hyperplastic changes in BDS( adenomatous, adenomiomatous).

In recent years, due to the fact that endoscopes are used in diagnosis of OBD diseases, it became possible to clearly distinguish between stenosing and catarrhal( nonstenous) papillitis. The first form of pathology is associated with cholelithiasis. If the body does not form stones, then the development of the disease causes a chronic infection that spreads with a current of lymph.

Depending on the morphological features distinguish three forms of stenosis:

In addition, cicatricial stenosis of the OBD is classified:

Secondary stenosis is a consequence of the already existing changes in the structure due to trauma to the papilla by migration of stones or surgical intervention.

Depending on the extent of the spread of the disease, the stenosis of the OBD is divided:

To date, several quite effective methods of diagnosing diseases of the OBD are used in medicine. Let us consider some of them in more detail. 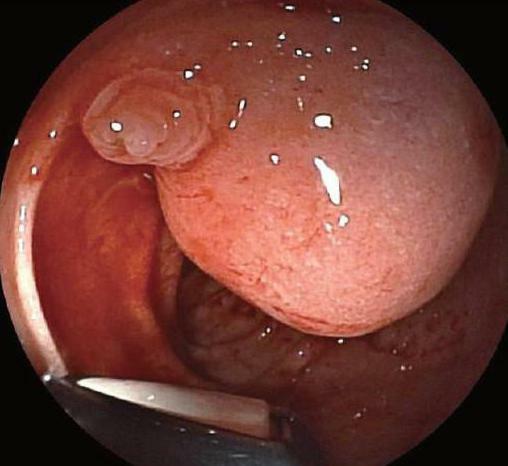 Endoscopic ultrasonography is a technique in which an OBD structure is examined using an optical device - an endoscope. A photo of the papilla made with such a study is given above.

Transabdominal ultrasonography is a screening method of examination using ultrasound, which allows very accurate identification of structural changes in the gallbladder, liver, pancreas, and ducts. In addition, the technique determines the homogeneity of the gallbladder cavity and its contractility, the presence / absence of intracavitary inclusions. 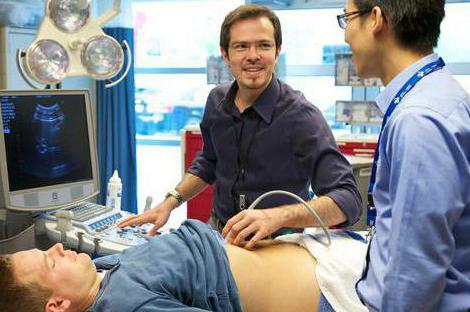 The next method of diagnosing pathologies BDS is ultrasound cholecystography-manipulation, which investigates the motor-evacuator function of the gallbladder within two hours from the time of taking the cholagogue breakfast.

Dynamic hepatobiliary scintigraphy is a procedure based on an evaluation of the liver's absorption and excretory function. Fractional chromatic duodenal sounding makes it possible to determine the tone of the gallbladder;colloidal stability of the hepatic fraction of bile and its bacteriological composition. In gastroduodenoscopy, the condition of the OBD is assessed, as well as monitoring the nature of bile flow. In addition to these methods, there is a computed tomography and laboratory diagnostics.

The basis of therapy for stenosis of the OBD is the task of restoring the normal outflow of bile and pancreatic juice into the duodenum. In accordance with this task, there are a number of principles, the following will help to achieve success in treatment:

In order to eliminate neurotic disorders, sedatives, infusions or decoctions of various herbs are used. In addition, the patient is shown psychotherapy sessions.

An important component of successful treatment is the diet: 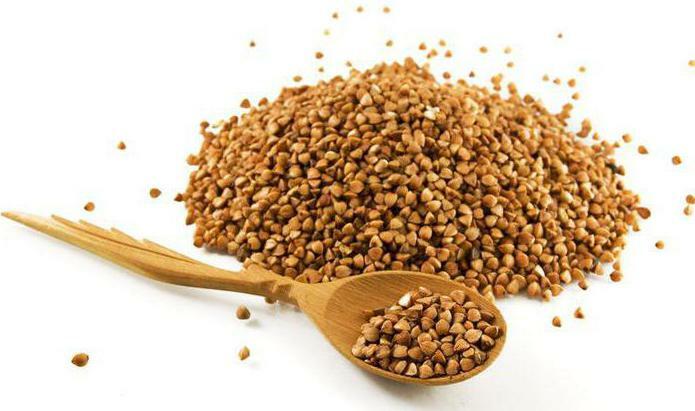 Often stenosis of the OBD is treated by surgical methods. There are corrigating and uncorrecting operations. The first group includes endoscopic PST, bougie BDS.

In the period of remission patients in addition to the diet are recommended maintenance therapy - the benefit is daily walking, morning exercises, swimming. 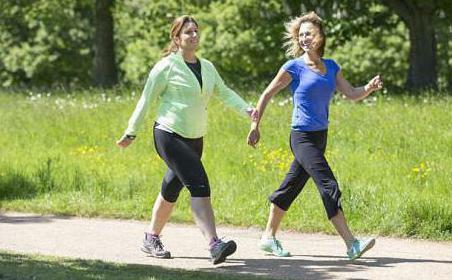 Summarizing the above, we can summarize that many diseases of the gastrointestinal tract occur against the background of a malfunction in the work of one small structure. Such violations lead to serious problems in the body and are often amenable to surgery only surgically. That's what BDS is.