"Engeriks" - a vaccine against hepatitis B. Composition of the vaccine, analogues and reviews

"Engerix" - a vaccine, the action of which is directed against the development of hepatitis B. As a result of its use, immunity to the causative agent of the disease is developed. This vaccine is the antigen of the virus( surface core) that has undergone a purification procedure adsorbed on aluminum hydroxide. The vaccine is produced by implementing recombinant DNA technology. 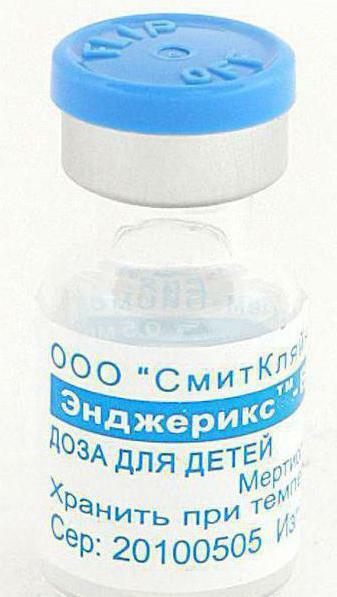 The effectiveness of the drug when administered to adults, children and newborns who are at risk is an average of 98%.Due to the introduction of the vaccine, specific HBs antibodies are formed, representing protection against hepatitis B. When co-infected, "Engericks" can prevent the development of hepatitis D.

Composition, form of the preparation "Angeriks"

The product is available in ampoules. The dose intended for administration to a child corresponds to 0.5 ml, for an adult human - 1 ml. The package contains up to 100 ampoules( ten, sixty or one hundred).

The composition of 1 ml of the vaccine includes the antigen of the causative agent( 20 μg), also aluminum hydroxide is included. The preparation used a preservative, called "2-phenoxyethanol", traces of the merthiolate are present, since with the use of this substance, the manufacture of a medicament is carried out. Merthiolate is eliminated from the vaccine when purification is performed. When preparing the preparation, dihydrogenphosphate hydrate and sodium hydrogen phosphate hydrate are used, sterile water is added.

For 1 ml of the preparation "Engerix" the composition of the vaccine is as follows:

The antigen is produced by the yeast culture of saccharomycetes, it has some influence. The removal of cells of saccharomycetes from the antigen is carried out, this is a process of thorough cleaning of a high level. There is evidence to prove the ability of the "Engerix" to reduce the likelihood of developing carcinoma hepatocellular due to the introduction of the vaccine to young children. 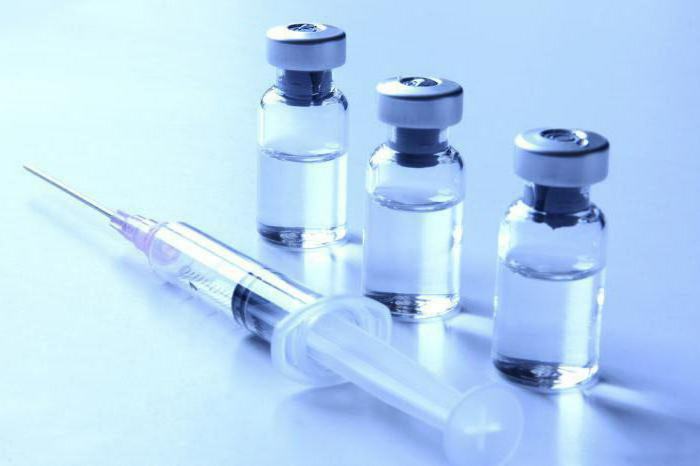 "Angiriks" instructions for use recommends the use for the prevention of hepatitis B, the occurrence of which is provoked by the virus. Vaccination of representatives of the risk group is recommended. It includes:

The vaccination against hepatitis "Angerix" can be performed at any age. It is done by those who were not vaccinated earlier, and those who are at risk.

The vaccine is not injected with hypersensitivity, which was detected after previous injections of the drug. The presence of severe and acute diseases, serious infectious processes, in which fever occurs, are contraindications for vaccination. Although there is no evidence of harm to the fetal vaccine, women are rarely vaccinated during the gestation period. Its implementation is usually carried out only in special cases, when for this there are certain indications.

It is practiced intramuscular injection in the anterolateral hip( small children, newborn), in the deltoid muscle. Perhaps subcutaneous administration, but it is performed in rare cases only when the patient has contracted the coagulating system of blood. The "Engerix" vaccination is never done by an intravenous route. Because of the likelihood of a low immune response, intradermal, subcutaneous and intramuscular injection into the buttock is excluded.

The container with the vaccine is shaken well before injection, until the whitish suspension is evenly distributed. There should be no foreign particles in the preparation. In cases where the type of vaccine does not comply with this description, it is not used for vaccination.

If the "Engerix"( vaccine) is used in the vial, take a sterile needle and syringe when taking each dose. The vial can be used up to the end of the day. This process requires compliance with the standard established rules of antiseptic, aseptic.

Vaccination is determined by the immunization scheme that is adopted in the country. Dosage of the drug is based on age:

The child is given an inoculation after birth, one month and six. When implementing such a scheme, the child develops immunity to the hepatitis B pathogen at the seventh month of life. If there is a need to accelerate this process, the next injection after birth is performed in the first month of life, and then on the second. On the twelfth month, revaccination is required.

If an adult in childhood was not given a vaccine, after the first inoculation, the second is done on the seventh day, the third on the twenty-first. One year after the first use of the vaccine, the drug is re-introduced.

In hemodialysis procedures, the hepatitis B vaccine "Engerix" is introduced according to this scheme: day zero - thirtieth - sixtieth. The remedy is used six months after the first administration. Patients who make up this group are injected with a double dose( 2 mg).After the administration of the drug, a serological test is recommended( the normal value should be at least 10 IU / L).

A newborn with serious kidney problems is injected with 0.5 ml of the drug, adhering to any suitable vaccination scheme. The same dose of the drug is needed for newborns who are undergoing hemodialysis. 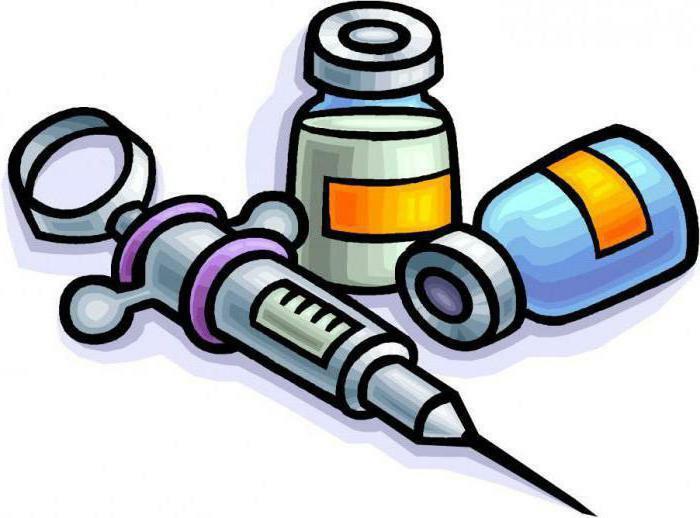 If a person has been exposed to the influence of factors that could cause infection, an accelerated vaccination scheme is used. The first dose is combined with a medication that contains immunoglobulin. Such drugs have a negative impact on the hepatitis B virus. Injections of the preparation "Engerix" instructions for use recommend doing separately from immunoglobulin injections( in different places).

If it is required to vaccinate a newborn whose mother is the carrier of the causative agent of the disease or has been suffering from hepatitis B, starting from the sixth month of pregnancy, after the birth of the vaccine, it is administered in the first half of the day. Further vaccination is carried out in an accelerated manner. Sometimes in such cases it is recommended to use a vaccine with immunoglobulin molecules.

After a person undergoes the entire vaccination plan against hepatitis B, booster is not needed. After hemodialysis and with a poor immune response, revaccination may be prescribed. The need for its implementation is determined by a serological test.

Adverse events of the "Engerix"

We will consider the negative reactions of the body, to the development of which the vaccine "Engeriks" can result. The instruction describes such side effects in which the musculoskeletal and digestive systems are affected. There may be irregularities in the functioning of the peripheral nervous system, cardiovascular, changes in the central nervous system are possible. After the injection, allergies and some local reactions can be detected.

The human body can respond to the introduction of a vaccine with flu-like symptoms, malaise, fever and decay. In some cases, thrombocytopenia develops, lymphadenopathy, bronchospasm appears. Usually, negative reactions of the body to the vaccine are poorly expressed.

No cases of an overdose of the vaccine in question have been identified. How to act in such situations with the development of unwanted symptoms, the instructions are not indicated.

Before use, carefully read the summary and consult with a physician.

"Engerix"( vaccine) when used concomitantly with immunoglobulins, when it is necessary to prevent hepatitis B infection, does not lead to a decrease in the antibody titer, provided that the administration of these drugs is carried out separately, at different points. Otherwise, the indicator will not be within the norm. 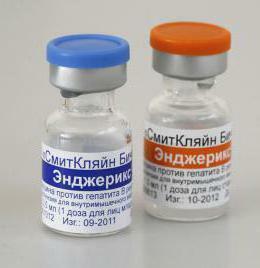 It is allowed to use a vaccine that prevents the development of hepatitis B, along with other means of this type, which are noted in the calendars of preventive vaccinations and vaccination for preventive purposes according to epidemic indicators. It is important that two different vaccines are injected into two separate syringes by separate syringes.

The "Engerix" vaccination can be the final stage in the passage of vaccination against hepatitis B when it was initiated using other vaccines that have the same effect. Under the same conditions, the "Engerix" can be used during the revaccination.

Unwanted reactions of the body when the vaccine was combined with various drugs were not observed.

Theoretically, the likelihood of harm to the fetus due to the introduction of the vaccine is minimal. Clinical studies that would have made it possible to determine the influence of the "Engerix" on the body, including women during pregnancy, were not conducted."Angerion B"( analogues, too) is appropriate for injecting women waiting for a child, only if there are appropriate indications set by the doctor.

Features of the use of the drug

The incubation period of hepatitis B is characterized by the fact that it lasts a lot, so there is a possibility of a latent infection at the time of vaccine introduction. In such patients, prevention of hepatitis B development is impossible.

Due to the use of the vaccine, it is not possible to prevent the occurrence of infections, which are promoted by other pathogens. For example, the drug is ineffective if necessary to avoid the development of hepatitis A, C or E. It also does not have the necessary effect on the causative agents of other diseases in which the liver is affected.

"Engerix"( vaccine) after administration into the body causes a response of the immune system, its manifestation depends on many factors. For example, the response of the immune system is determined by the person's sex, his age, the presence of such a harmful habit as smoking, the ways in which the vaccine was introduced. Often after forty years, the immune response is less pronounced than in younger people. Such patients receive additional vaccination if necessary. 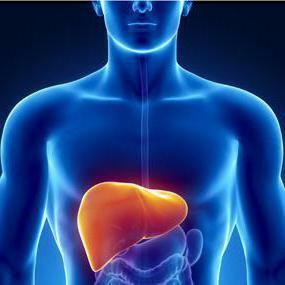 If the patient has HIV infection, other immune problems and due to hemodialysis, it may not be possible to achieve an adequate antibody titer. If the main course did not provide the desired effect, the results of the analysis may require additional injections. Because of the ability to cause an anaphylactic reaction, which is different from the vaccine, "Angeriks", reviews report the need to have special remedies that eliminate the consequences of this type, during the administration of the drug. Allergies can occur very quickly, so it should be followed for thirty minutes to monitor the condition of patients who were injected.

In the presence of a minor infectious process in the body, vaccination becomes possible when the body temperature returns to normal. The points at which the vaccine is planned to be administered should be treated with agents intended for anti-shock therapy.

The vaccine can be used for problems in the work of the liver, it is administered with caution to the elderly.

In the prevention of hepatitis B, you can opt for the vaccines "Engerix" or "Regevac".From the analogues of "Engerix" popular are the following means: "Euwaks", "Biowac".It is possible to vaccinate "Eberbiovac NV", "Shanvakom", "HB-Vax".A suitable preparation is chosen by the doctor.

If necessary, a vaccine "Angeryx" is often used to make a planned vaccination against hepatitis B.Parents do not notice any special side effects, they are usually happy with the result. Currently, there are many positive reviews about the drug.

"Euvax" is also quite a popular tool, but parents do not consider it as effective as "Engerix".The reviews show that it is the second variant of the vaccine that is most often recommended by doctors.

The composition of the drug does not include viruses, it does not contain any killed microorganisms, let alone live. The basis of the vaccine is an antigen formed using a pure yeast culture.

The management of any vaccine can lead to a slight temporary deterioration of well-being, but from hepatitis B, "Angerix" usually protects well. In the normal state of the immune system, the necessary immune response is always present. 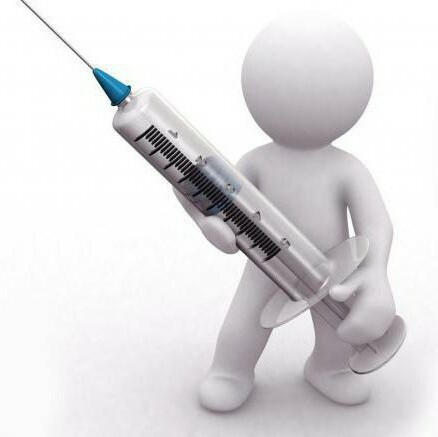 Not everyone wants to get vaccinated, but you have to understand that without them you risk getting many dangerous diseases. When vaccinated with the preparation "Engerix" specialist takes into account a large number of different factors that allows you to exclude possible harm to health. In almost all cases, due to the timely use of the vaccine, the disease does not develop.