Heparins of low molecular weight: preparations, indications for use

Thrombosis and thromboembolism therapy can not do without anticoagulants, which include low molecular weight heparins. These substances in the composition of medicines change the coagulability of the blood, thereby restoring the permeability of the vessels.

Given the mechanism of influence of antithrombotic compounds, it can be noted that they occur with direct and indirect action. The first group of substances is most often used.

Anticoagulants of direct influence in their structure are divided into heparins of low molecular weight and unfractionated. They can also be direct inhibitors of thrombin, such as, for example, hirudin.

They are termed differently fractional compounds in which the molecular mean mass varies from 4000 to 6000 daltons. Their activity is associated with indirect inhibition of the formation and activity of the thrombin enzyme. This effect has a heparin on the blood coagulation factor Xa. The result is an anticoagulant and antithrombotic effect.

Low molecular weight heparins are obtained from unfractionated substances isolated from porcine intestinal epithelium during a chemical or enzymatic depolymerization process. As a result of this reaction, the polysaccharide chain is shortened by one-third of the original length, which helps to reduce the anticoagulant molecule.

There are different low molecular weight heparins, the classification of which is based on the methods of obtaining salt-containing compounds.

Preparations based on these are injectable solutions for the administration of subcutaneous or intravenous. Usually, they are packed into single-use ampoules or syringes.

Low-molecular weight heparins in tablets are not produced.

Intramuscular medication is not used.

Description of the drug "Hemapaksan"

Refers to anticoagulant drugs with direct action. The active ingredient is enoxaparin in the form of a sodium salt, which is considered a derivative of heparin. This modification provides high adsorption when administered subcutaneously and low individual sensitivity. Produced by the Italian company Italpharmaco SpA in the form of a clear, colorless or light-yellow solution for injection, put into syringes at 0.2, 0.4 or 0.6 ml.

The dosage of sodium enoxaparin is 2000 IU per 20 mg;4000 IU in 40 mg and 6000 IU in 60 mg. The active ingredient of the drug is dissolved in water injectable.
Sodium enoxaparin exhibits a high inhibitory effect on the blood coagulation factor Xa at a dosage of 100 IU per mg and a low effect on antithrombin at a dose of 28 IU per mg.

The use of therapeutic drug concentration in various diseases does not lead to an increase in the duration of blood loss.

Prophylactic sodium enoxaparin dosage does not alter the partially activated thromboplastin time, does not disrupt the platelet agglutination and process their connection with fibrinogen molecules.

Introduction A subcutaneous solution with a dosage of 2000 and 4000 IU of 0.2 and 0.4 ml, respectively, is used to prevent thrombosis and thromboembolic state of the venous system:

The drug is used subcutaneously in the abdominal wall, in its posterior and anterolateral area. 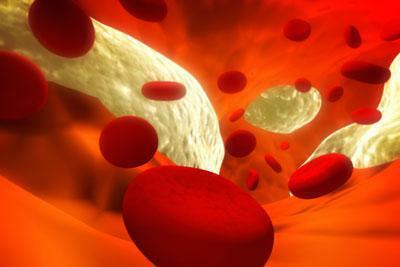 For a greater dosage of the drug "Hemapaksan" the price fluctuates within 1500 rubles per package with six syringes.

Description of the drug "Clexane"

Refers to similar products based on sodium enoxaparin. Produced by the French company Sanofi Aventis in the form of an injectable clear solution, which can be without color or with a slightly yellowish tinge. 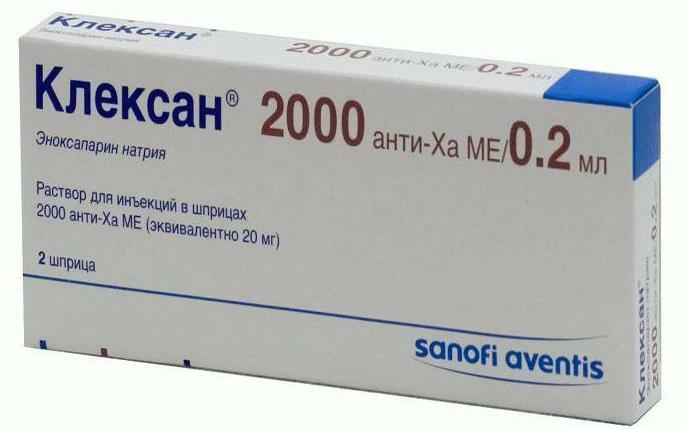 Low-molecular weight heparins are available in glass syringes, which can be 2 or 10 pieces in a pack.

The drug "Clexan" is used to prevent thrombotic and thromboembolic disorders in the veins during surgical intervention associated with orthopedics, and during hemodialysis.

The solution is administered subcutaneously when the thrombotic condition in the veins of the deep and the pulmonary arteries is eliminated.

The drug treats unstable angina and myocardial infarction in combination with "Aspirin" tablets.

Description of the drug "Fragmin"

The active ingredient of this drug is a heparin-derived substance, which is represented by sodium dalteparin. It is obtained by depolymerization under the influence of nitrous acid with subsequent purification, using ion-exchange chromatography. Sodium dalteparin salt includes chains of polysaccharide, subjected to sulfation, with an average molecular weight of five thousand daltons. 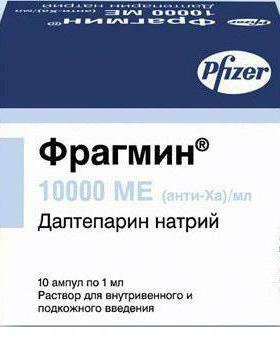 Auxiliary components are water injection and sodium chloride salt. The Belgian drug "Fragmin" describes the instruction as a solution for injections of subcutaneous and intravenous administration in the form of a liquid that is transparent, colorless or with a yellowish tinge.

The drug "Fragmin" recommends the use in preventive purposes to control the mechanism of blood coagulation in hemodialysis and haemofiltration measures aimed at treating kidney failure, to prevent the formation of clots in the surgery.

Medication is administered to eliminate thromboembolic injury of recumbent patients.

Description of the medicine "Anfiber"

It is classified as a low molecular weight Russian enterprise by Veropharm. It exists in the form of a solution that is transparent for injection, which can be without color or with a yellowish tinge.

Packed in 1 ml ampoules or syringes, which are packaged in packs of cardboard for 2, 5 and 10 pieces.

The drug "Anfiber" instruction recommends to use to prevent the development of thromboembolic state during surgical manipulations and hemodialysis, in the treatment of clot formation in deep-lying vessels.

A solution treats the unstable character of angina and the heart condition of the heart muscle, in which there is no Q tooth on the electrocardiogram.

Description of the drug "Fraksiparin"

To heparins, low molecular weight is the calcium of the supra -parrin, which is obtained during the depolymerization process. Its molecules are glycosaminoglycans, the average molecular weight of which is 4,300 daltons. 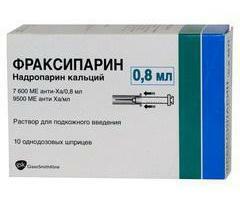 Preparation "Fraksiparin"( injections subcutaneous) in its composition contains hydroxide and salt of calcium suparoparin, which are dissolved in injectable water.

The drug is a clear or slightly opalescent liquid that has a light yellow hue or is completely colorless.

Nadroparinic salt binds well to the antithrombin protein III, which causes accelerated inhibition of Xa factor. The substance activates an inhibitor that transforms the tissue factor, lowers blood viscosity, and increases the membrane permeability of platelet and granulocyte cells. This is the antithrombotic effect of the drug.

"Fraksiparin" injections are prescribed to prevent thromboembolic state during orthopedic operations and hemodialysis. The drug is administered to patients who have a high risk of blood clots, acute failure of the respiratory and heart organs, unstable angina, myocardial muscle with a non-Q-wave infarction.

Use of anticoagulants in bearing a child

Low molecular weight heparins in pregnancy are prescribed to patients who have coagulation disorders to prevent the formation of a placental thrombus that leads to abortion, a pre-eclampsia with high blood pressure, detachment of a child's place with heavy bleeding, slow growththe embryo in the uterus, which will cause the baby's low weight. These anticoagulants are prescribed to women in the position with the possible risk of clotting in deep veins, for example, on the lower limbs, as well as obstruction of the artery of the lung.

Low-molecular-weight heparin therapy is a painful process in which a pregnant patient injects the drug daily under the skin on the abdomen.

However, in clinical randomized trials, results have been obtained that prove that often the use of such anticoagulants does not contribute to a positive effect. Also found that therapy with low molecular weight heparins can harm the maternal body associated with increased bleeding and reduced analgesia of labor.

These studies have shown that the abolition of anticoagulant treatment can save many women from unnecessary pain symptoms during childbearing.

In the instructions for the use of drugs based on heparin low-molecular therapy during pregnancy is contraindicated.