Seredavin Hospital( Samara) is one of the most well-known on the territory of the Volga region multi-profile medical institutions, which deals with the treatment of a huge number of diseases. The institution consists of 53 departments, in which almost 4,000 professionals in the field of medicine work daily.

History of the hospital 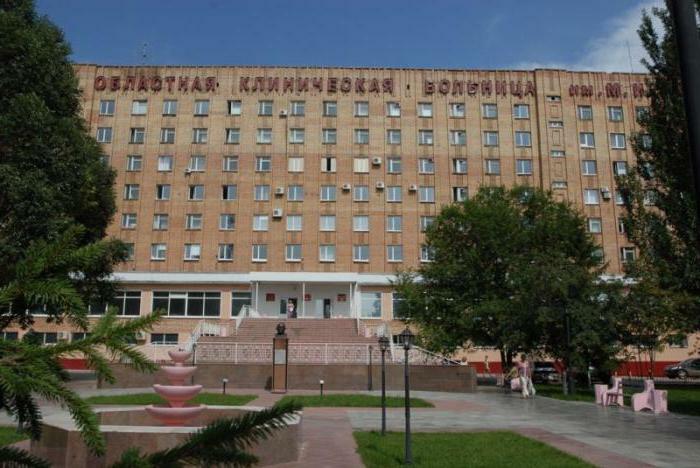 VD Seredavina was established in 1908 thanks to one of the largest merchants of Samara - Anton Nikolaevich Shikhobalov. Initially, it was a people's hospital for 60 places, where they treated neurological and gynecological diseases. Here there was a hydropathic institution, as well as numerous medical offices and laboratories where they made fluorography and treated patients with electrocution. At the time of opening, all the equipment of the hospital was the last word of domestic medicine.

For a long time, the medical institution was a physiotherapy institute, for some time it was an ordinary Soviet hospital under an undisclosed number. In the 1950s, the situation changed, and the hospital began to play the role of the leading medical institution in the region. In the 1970s and 1980s, it underwent major reconstruction, specialized departments appeared, and the number of seats increased several times. Nowadays the complex consists of adult and children's hospitals, as well as a maternity hospital. 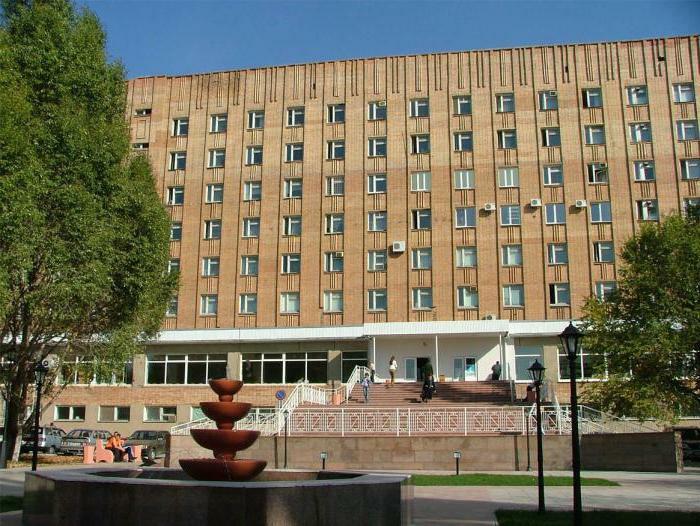 The Seredavin hospital( Samara) until a certain time was called the Samara Regional Clinical Hospital. Kalinin. In 1975, she had a new chief doctor - Vladimir Diamidovich Seredavin, who had previously participated in the reconstruction and expansion of the institution. The head inspected absolutely all the processes and even took an active part in the construction, without signing the documents on the reception of the buildings until all the shortcomings had been eliminated.

It was at Seredavin that obstetric and pediatric complexes began to operate, and the largest hospital complex in Samara was built, capable of hosting up to 1,000 people. The new head physician of the hospital turned out to be a very smart man, it was with him that this medical complex in the 1980s was recognized as one of the best in the territory of the Soviet Union. In 2003, after the death of VD Seredavin, the hospital was renamed in his honor. The high professionalism of the former head physician made it possible to build a medical institution in the rank of one of the best on the territory of the former CIS.

The Serdavin hospital consists of a large number of internal units, but separately it should be noted the laboratory for clinical diagnosis. It is here that leading experts of the industry conduct research in the field of infectious safety, traumatology, and oncohematology - one of the most poorly studied areas of modern medicine. The state-of-the-art equipment allows the use of more than 800 research methods in the laboratory, on the basis of which it is possible to draw conclusions about the patient's condition and prescribe appropriate treatment.

The complex, engaged in laboratory diagnostics, actively works with various insurance companies, as well as with budgetary preventive and medical institutions. By itself, such a diagnosis has the most direct relation to the study of diseases of internal organs. Laboratory diagnostics develops cyclically, following the example of clinical medicine. Annually this department is visited by about one hundred thousand patients from the Samara region and other regions.

The ideal place for delivery 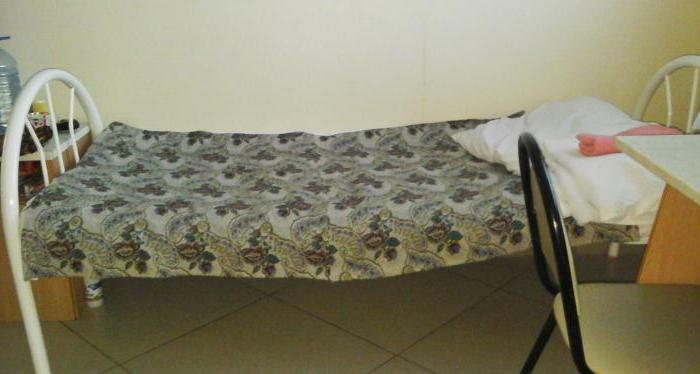 The Seredavina Clinical Hospital also has its own obstetrics and gynecology building, which in recent years has grown into a huge perinatal center. Specialists of this unit of the hospital provide qualified and ultramodern assistance in the field of neonatology, obstetrics, and gynecology. In total, there can be up to 235 young mothers at the same time, the corresponding complex was erected in the late 1980s.

As of 2016, the center is divided into three major divisions: pediatric, obstetrical and diagnostic, where about 90 doctors and 150 nurses work. This is where the future mothers and newborn babies come from all over the region who have been diagnosed with severe pathology. Thanks to the capacity of the center, regional doctors manage to collect in one place all pregnant women who are in the high perinatal risk category and provide them with full medical care. 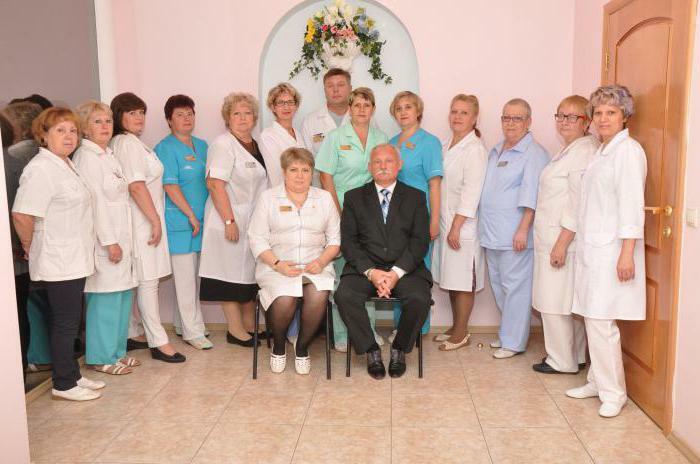 Seredavin Hospital( Samara) has its own pediatric service, which was previously a children's clinical hospital. Now this service is a separate direction of the institution, where the latest techniques in the field of nephrology, neurosurgery, loppathology, etc. are actively introduced. There are 12 clinical departments that were formed according to 18 profiles.

The pediatric service annually serves nearly 20,000 young patients, there are about 6,000 surgeries per year, resuscitators are constantly leaving for regional centers of the region. Every year, about 110,000 children receive ambulatory care. A professional team, formed over many years of the service, fulfills even the most complicated cases in the shortest possible time. Separately, it should be noted that the institution has its own psychologist, which helps the hospital staff to build relationships with the parents of small patients.

The Samara Regional Clinical Hospital has long been one of the most sought-after medical institutions in the region. It is here that parents try to send their children for treatment, as the expertise of the staff working here is very, very high. Adults and children who were treated in this institution, speak about it mostly positively. A large number of positive comments leave the parents of those children who were brought to the center with severe pathologies and which doctors could help.

Negative feedback is smaller, but they are available. In many respects, the fact that the institution can not afford to carry out treatment is completely free of charge, and patients have to pay for the passage of certain procedures. The management of the hospital believes that, since it is a budget institution, the cost of providing some medical services a priori can not be too high. However, the parents of some children do not agree with this and try in every possible way to get a discount for treatment.

How do I get a consultation? 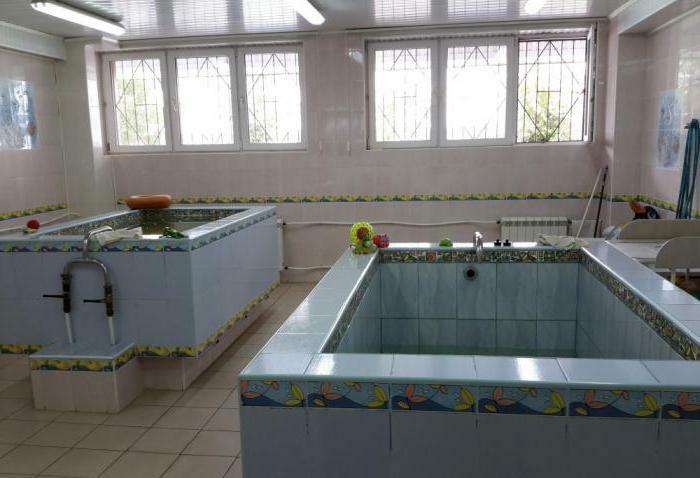 If you want to get a consultation from the doctors of the SSRD VD Seredavin, you need to dial the phone number of the registry: +7( 846) 9561260 - and make an appointment with the right person. In case you are not sure what exactly bothers you, and do not know who to contact, the registry specialists will gladly consult you, help you choose the right doctor, and also will write down for the time you need.

Please note that if for some reason you can not visit the hospital in person, you can arrange a doctor's call at home. However, this service is paid, you can specify its cost in the registry, in addition, it should be remembered that this assistance is not an emergency, and the doctor will not be able to come to you by magic. Recording is carried out a few days before the date of admission.

And if the question is not urgent? 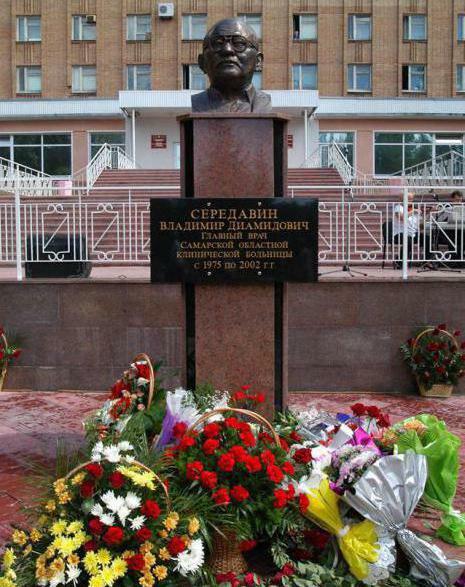 Are you a good friend of a computer and often use the Internet? Excellent, then the electronic registry of the hospital. VD Seredavina does not seem to you as something unthinkable and complicated. It is enough to go to the official site of the institution sokb.ru, choose the right specialist and make an appointment with him at the reception. It should be noted that in case of an emergency, you can go to the hospital without a record, the doctors will have to accept you.

If you are not interested in the reception and you just want to ask a question, you can use the corresponding form on the site. Experts respond to queries quickly enough, the main thing is to clearly formulate the question and leave the correct contact information, with which you can be contacted to clarify certain points. There you can leave and feedback about the work of the institution, which in the future will be read by all visitors to the site.

Where is it located? 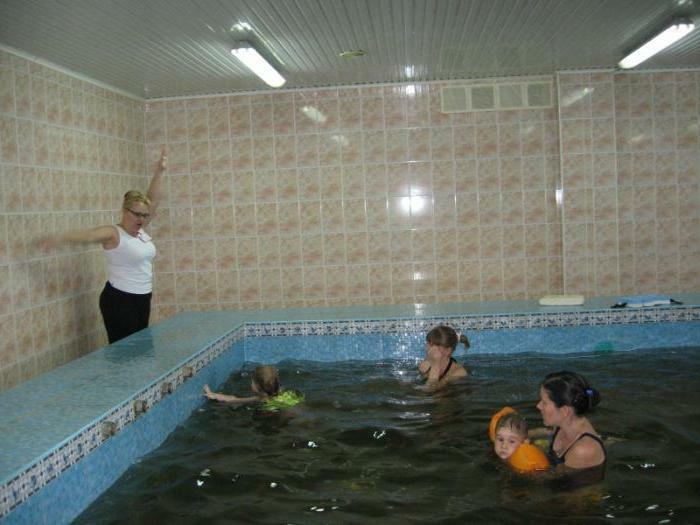 Seredavin Hospital( Samara) is located in a remote part of the city, near the park.60th anniversary of Soviet power. You can get there by bus routes №№ 1, 45, 51, 67, you need to leave at the bus stop "ul. Tashkent ".Also near the hospital there are trams of routes Nos. 21, 22, 24, 25, which stop at the stop "Regional Hospital. Seredavina. "Transport here goes often enough, so you can get to the institution without any problems.

If you talk about how to get to the hospital by car, then the driver will need to find out where the Tashkent street( Samara) is located. It starts from Novo-Sadovaya and stretches in the opposite direction from the Volga to ul. Stavropol. You will need to find a house number 159, which is located next to the intersection of Tashkent street and Moscow highway. You can save time searching, if you use the navigator.

Now that you know everything about Seredavin's hospital in Samara, you will not have any difficulty dialing the phone number of the registry and clarifying all the information you are interested in on this or that issue. Remember that specialists are not working around the clock, but only during working hours - from 8 to 20 hours, so it's best to contact urgent and urgent help on urgent matters during off-hours. There you will get advice much faster, which can be important in emergencies.

If you would like to visit this medical institution, there is an electronic registry that works around the clock and through which you can enter at any time to the right specialist. However, here too, there are limitations: for the record you will need to enter the number of your compulsory medical insurance policy. If you do not have such a document or it is overdue, the system simply can not write you down, so it's best to solve this issue in advance. If this can not be done, please check with the registry if they will be able to accept you for the first time without a medical certificate.