Mineral and vitamin complexes for men and women: composition, rating

The fact that vitamins and minerals in certain quantities are necessary for the normal life of a person, no one doubts. However, the controversy about the source of these substances does not subside to this day: what is better - pharmacological drugs or natural food?

Why do we need extra vitamins?

There was a time when it was almost impossible to convince people of the need for additional intake of vitamin and mineral complexes. Today, we know that the food from the supermarket is much less rich in vitamins than it was half a century ago, and therefore it can not cover the daily human need for these nutrients. 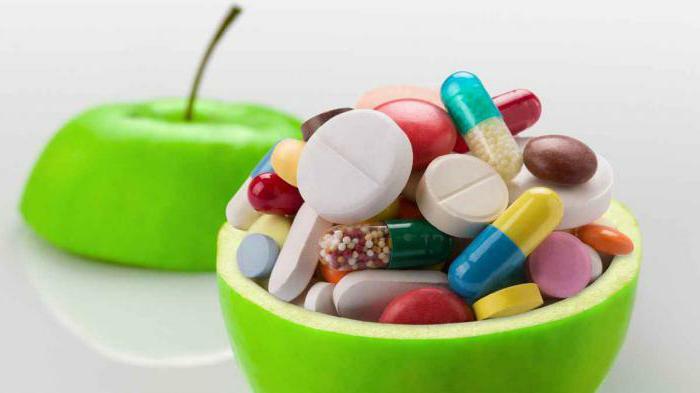 For example, 80 grams of spinach contains the same amount of iron as in 1 gram of just 50 years ago. According to the research of British scientists, 1 corn cob, grown in 1940, contained as many nutrients as 19 modern cobs. The same is true for other products: the current wheat contains half as much protein as 50 years ago.

This is due to the fact that the soils are depleted and the crops grown on them are extremely poor in nutrients and completely dependent on chemical fertilizers. As a result, we consume food that is practically devoid of vitamins and minerals. Soil depletion is caused by a sharp increase in the population of the Earth and, as a result, a food crisis. It turns out that we exchanged quality for quantity. As a result, we regularly receive less mass of nutrients and vitamins with food, therefore, the body develops a chronic deficit, which eventually leads to the formation of various diseases.

Thus, if you are a resident of any industrialized and socially developed country in the modern world, you are forced to at least periodically take mineral-vitamin complexes.

It may seem that there is nothing easier than to compensate for the lack of a particular vitamin in the body. It is enough to find out just what substance is missing, then make a tablet containing it, paste the appropriate label, and it's ready! 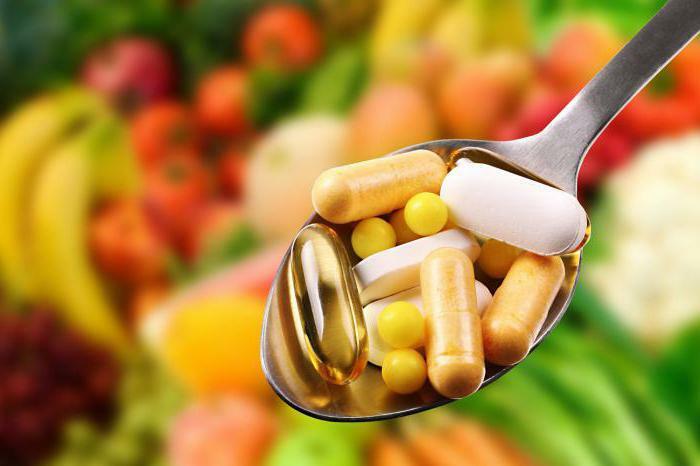 In fact, everything is a little more complicated. Here are some of the most pronounced problems:

Virtually no drug purchased by you in the pharmacy is completely natural. Why? Yes, because natural vitamins do not produce! First, it's incredibly expensive. For example, the fruits of cherries, one of the best sources of vitamin C, contain only 1% of this vitamin. Most drugs labeled "contains vitamin C from cherry fruit" include only 1% of natural "cherry" vitamin and 99% of synthetic ascorbic acid. And secondly, it is almost impossible - we would have had to destroy the whole harvest of the same cherry in the country to get at least some significant amount of this vitamin. 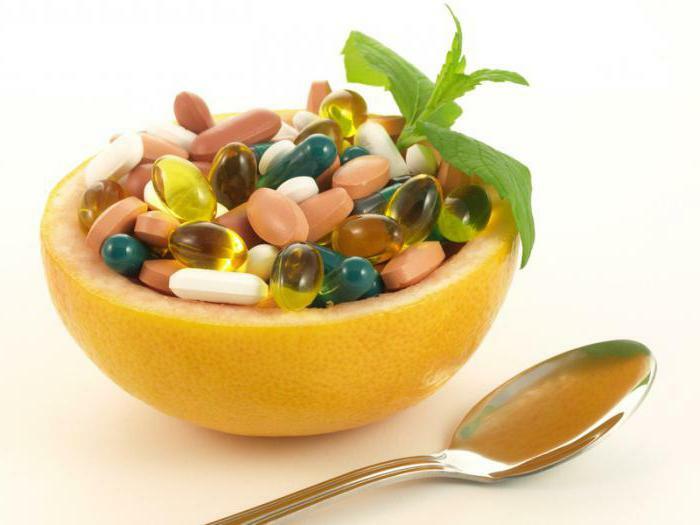 These pharmacological mineral-vitamin complexes contain vitamins of plant and animal origin. They are obtained from the biomaterial by solvent extraction, distillation, hydrolysis and subsequent crystallization. But from the point of view of chemistry, vitamins do not undergo any chemical changes. Nevertheless, the results of the analyzes show significant impurities of hexane( a solvent used to extract vitamins from biological raw materials), preservatives and all sorts of additional chemical components. And none of them are indicated on the packaging! Synthetic vitamins

Synthetic vitamins are obtained both from natural, natural raw materials, and through chemical synthesis. It should be understood that the body absorbs at best 50% of synthetic vitamins. In addition, regular consumption of vitamins of chemical origin can inhibit the body's ability to absorb natural vitamins from food.

What we get when we buy vitamins in the pharmacy

Almost all mineral and vitamin complexes are produced by large pharmaceutical or chemical companies from the same raw materials from which they make their other preparations( coal tar, wood pulp, oil products, livestock waste andetc.).Thus, vitamin D is produced mainly from irradiated oil, vitamin E is a by-product of the chemical synthesis of other compounds, vitamin P is obtained by boiling sulfur with asbestos, calcium compounds from animal bones or shells of mollusks.

As for the word "organic" in the name of the drug, you should not flatter yourself: organic - this is not a synonym for the words "natural, natural", it is chemically organic, that is, it contains a tetravalent carbon atom. And no more! 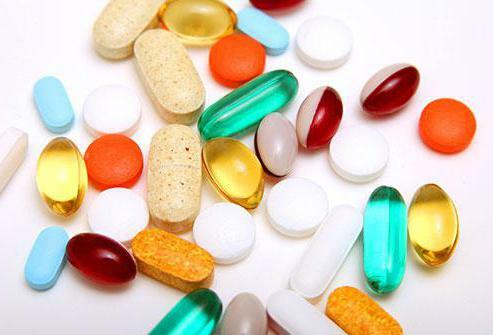 In addition to vitamins, fillers, preservatives and other chemicals( hydrochlorides, nitrates, acetates, gluconates, etc.) are always present in all pharmacological preparations.

Modern medicine refuses to perceive the human body as a holistic mechanism, but considers it as the sum of individual parts and details. The same paradigm is applied to nutrition. In other words, modern dietology is based on the concept that key nutrients can be identified and isolated. In reality, everything, unfortunately, is a little different.

Fifteen years ago it was very fashionable to take vitamin C( ascorbic acid).Then, scientists unexpectedly reported to consumers that ascorbic acid is poorly absorbed by the human body outside of the combination with the routine( vitamin P), bioflavonoids, and hepherdogen. Suddenly, all vitamin preparations of ascorbic acid urgently "completed".Then it was found that even in the presence of bioflavonoids, rutin and hesperidine, vitamin C is poorly digested if there is no calcium. Immediately there was again the modernization of pharmaceuticals.

The question arises: have all the people taking ascorbic acid before promulgating these studies done it completely senseless? Not certainly in that way! After all, we get a large portion of vitamins with food products. And nature initially "packs" everything correctly. In a pomegranate, grapefruit, cherry vitamin C is contained in combination with all the substances necessary for its assimilation.

Several years later beta-carotene was discovered. And he immediately received the widest popularity! It was also advertised as a universal remedy for all types of cancer, then scientists proved that beta-carotene does not heal or prevent oncology. Given that this substance in the modern market is made from acetylene, there are more and more questions.

And now forget about beta-carotene! Scientists have discovered another healing carotenoid - lycopene. It prevents prostate cancer, so any self-respecting vitamin-mineral complex for men simply must have lycopene in its composition. Then lutein appeared on the arena, preventing macular degeneration on the retina. But if we turn again to nature, we will see that she has packed all the carotenoids together. Seaweed Dunaliella salina, for example, contains all the "popular" carotenoids and a few less well-known - alpha-carotene and zeaxanthin. All known carrots contain in addition to beta-carotene about 400 more carotenoids. Once again: nature all "packs" in the complex!

We can continue to give examples, such as B vitamins and vitamin E, for which science has always failed to identify the key factors that determine the effectiveness. The essence, however, is that in nature, vitamins do not exist in isolation - they exist in molecularly bound complexes.

Some manufacturers are trying to solve the problem of molecular interactions of vitamins by their specific "packaging" - separate granulation. So, antagonist vitamins can be consumed in one session. One of these drugs is "Complivit", a vitamin and mineral complex, developed for the long-term prevention of avitaminosis.

And, in conclusion, let's note: taking into account the level and pace of development of science, it is possible that one day scientists will finally open the entire list of substances necessary for the full vital activity and health of the human body. And this list will contain several tens of thousands of titles. But it is impossible to determine all types of molecular relationships between these substances!

How to make a rating of vitamin-mineral complexes?

Among the modern assortment of the pharmaceutical market, it's easy to get lost even to a professional, not just to the average consumer. In addition, there are also biologically active additives. And concentrates of natural products. So how to choose vitamin-mineral complexes? Reviews about the same drugs are often very controversial. You can, of course, conduct an experiment and try everything on yourself, but the range is too large. The price policy and brand of the manufacturer also do not always guarantee the quality of the products.

In addition, the following question remains open: "Is the best vitamin and mineral complex natural foods or their chemical counterparts from pharmacies?"We divide this question into three conditional categories: "optimal", "acceptable" and "avoided at all costs."

"Avoid at all costs"

Vitamin-mineral complexes, the composition of which is full of completely synthetic compounds, is not an option. At best, they have very low efficiency, at worst - also a lot of side effects.

You can find good vitamin and mineral complexes in organic food stores. They include a combination of natural vitamins and there is no "synthetics" at all. The problem of such drugs is the interaction of vitamins and minerals with each other, which can not be fully accounted for. To such means it is possible to carry the vitamin-mineral complex "From A to Zinc", containing vitamins of natural origin, as well as macro- and microelements, enzymes, antioxidants. 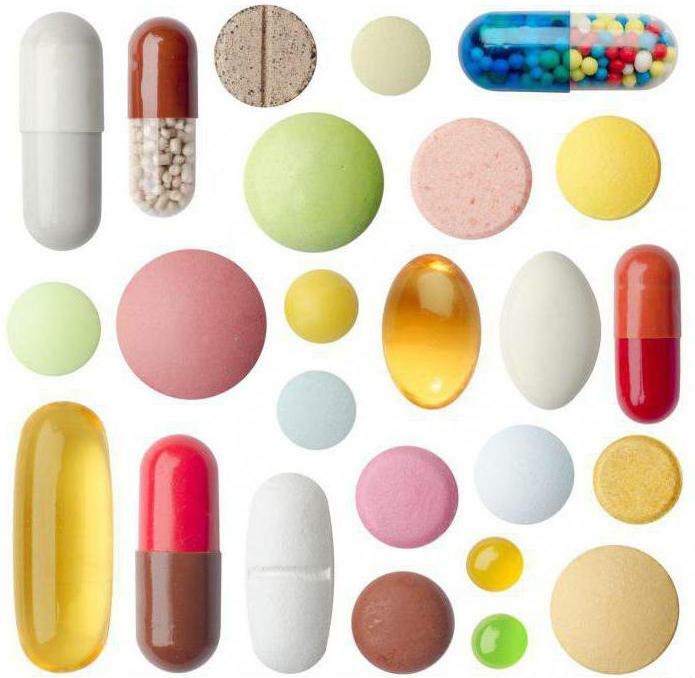 A good choice is the use of concentrated vitamin-mineral complexes based on food. Such preparations may contain, for example, a concentrated extract of the liver, yeast or wheat germ( Vitamax, Doppelgerz ginseng Active).

The best alternative is the combination of product concentrates, including spirulina, chlorella, pollen, wheat, yeast, barley, beet and so on. The actual amount of vitamins and minerals you get will be less, but the bioavailability is higher( "Comfrey with Vitamin E").

When choosing a drug, follow the excipients. Quality are expensive, and manufacturers often try to replace them with lecithin and others like it.

Vitamin-grown vitamin tops the rating of vitamin-mineral complexes. In Europe, specially extracted strains of microorganisms( bacteria - probiotics or microscopic yeast fungi) have gained popularity. They are grown on a specially developed nutrient medium and eaten. So you get not only vitamins and minerals, but also enzymes, amino acids and other undoubtedly useful substances. In addition, you can be sure of their origin - no "synthetics". 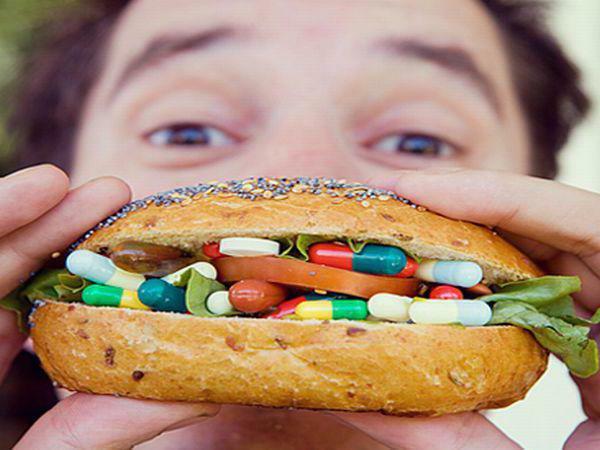 Depending on age, sex, lifestyle, the need for vitamins also changes. Therefore, scientists have developed a vitamin-mineral complex for men, which exceeds by the number of nutrients its female counterpart( "Alphabet", "Duovit", "Parity", "Velmen", etc.).Again, there are specially designed complexes for athletes, pregnant women( "Pregnavit F") and other categories of the population. All of them are created taking into account the specificity of each category of consumers. So, vitamin-mineral complexes for children do not contain dyes and fragrances that can cause allergies in small patients, but they are supplemented with flavor additives and sweeteners( Multi-Tabs Kid, Multi-Tabs Junior, etc.).Among the best vitamins for women - "Centrum", "Vitrum", "Complivit."