Chamomile officinalis and its properties

Chamomile officinalis is a herbaceous annual plant with a branchy stem and twice-pinnately-divided leaves with narrow-lobed lobes. 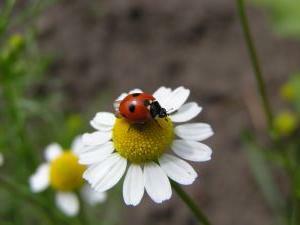 Flowers are collected in small baskets, the petals consist of reed white edge and middle tubular yellow petals. Unlike other types of chamomile, chamomile medicinal is endowed with an elongated-conical flower-head hollow inside. The height of the plant reaches 20-40cm.

A camomile flower is found everywhere - in gardens, in fields, cultivated on plantations for growing medicinal plants.

The treatment uses flowers. Chamomile officinalis is collected in May - August.

Chemical composition and action of 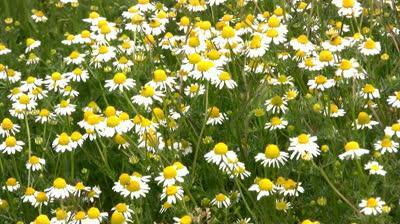 It is used for bloating of the intestines in the form of enemas and decoction. In chronic and acute inflammation of the stomach and intestines( gastritis, colitis, enterocolitis, hemorrhoids, ulcer of the duodenum and stomach, colitis with predominance of constipation, allergic gastritis and colitis), cholecystitis, hepatitis. With neurological diseases - chorea, hysteria, epilepsy, headache, migraine, insomnia, inflammation of the trigeminal nerve. When colds with respiratory diseases are used rinse with infusion of chamomile. Outwardly, flowers in the form of a decoction are used for skin diseases. Hot poultices are used for pain in the joints. 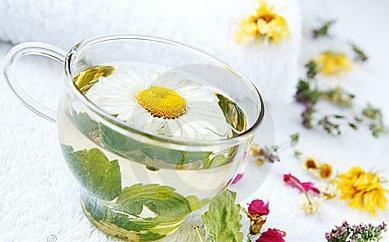 1. A tablespoon of dried camomile is insisted in a glass of boiling water and drunk several times a day on a tablespoon before eating for 15 minutes.

2. Insist a teaspoon of flowers in a glass of boiling water and drink three times a day for 1/3 cup for half an hour before meals. Children dose reduced to a teaspoon.

3. Painful joints are treated with flowers of chamomile and black elderberry. To do this, they are laid out in a gauze pouch in an even layer, folded with a roller, poured with boiling water and make compresses on the joints for 30-40 minutes.

4. A tablespoon of dried flowers is insisted in a glass of boiling water. For douching, rinses are applied externally. Used as lotions and enemas.

Chamomile drug is contraindicated in pregnancy, with a tendency to diarrhea to use with caution. Sometimes large doses can cause headache and weakness of the body.