Symptoms and signs of heartburn, treatment with medicinal and folk remedies

Quite common is heartburn - a symptom that occurs with various pathologies of the gastrointestinal tract. Moreover, women and men suffer equally from unpleasant sensations. The characteristic signs of heartburn bring not only discomfort, but also painful sensations. Sometimes the pathological condition occurs in children. Some people constantly face this phenomenon, but, unfortunately, do not know by what methods it is possible to deal with the problem and where to start. Let us consider in more detail possible causes of heartburn and the most effective methods of treatment.

Heartburn - what is it?

Currently, more than a third of the population suffers from various diseases of the digestive system. In addition to the pain in the abdomen, many patients complain of frequent attacks of heartburn. A characteristic feature of the symptom is a burning sensation in the chest area. The pathological phenomenon is the casting of the acidic contents of the stomach( gastric juice) into the esophagus and can be observed in absolutely healthy people. 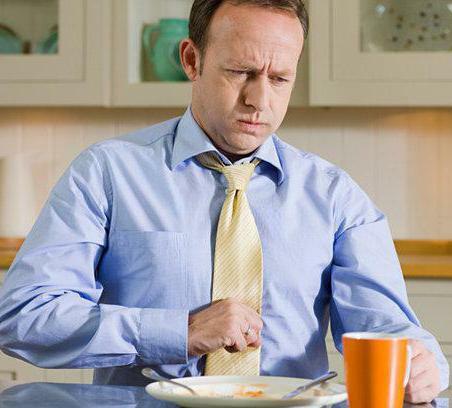 In some cases, the phenomenon is confused with heart disease. Burning is localized behind the sternum and gives to the left shoulder blade, shoulder and arm. The symptomatology is really similar to the one that occurs with food heartburn. However, the usual means to eliminate it will be completely powerless.

The contents of the stomach should not normally enter the esophagus due to a natural defense mechanism, the role of which is performed by the sphincter. Gastric juice irritates the mucosa of the esophagus and causes unpleasant sensations. Some patients say that they were tortured with heartburn, which occurs after almost every meal. This may be due to the presence in the history of reflux esophagitis - inflammation of the mucosa of the esophagus, caused by the constant casting of gastric juice.

The causes of heartburn also include:

If the symptom worries the patient constantly, it is necessary to consult the gastroenterologist without fail. This phenomenon may indicate a violation of the functionality of the organs of the gastrointestinal tract. Most often, these patients are diagnosed with gastroesophageal reflux disease. In the absence of adequate therapy, this illness goes into a chronic stage and can provoke a malignant degeneration of tissues.

Peptic ulcer, pancreatitis, cholecystitis are diseases in which a person can be stung by a burning pain behind the sternum. Frequent heartburn is a sign of what and how to get rid of unpleasant sensations - these are frequent questions that can be heard from patients of a doctor-therapist and gastroenterologist. It should be understood that to facilitate the condition it is important to correctly establish the etiology of the pathological phenomenon.

Most expectant mothers say that heartburn is one of the symptoms of an interesting situation. Unpleasant sensations arise already in the first weeks of bearing the fetus and accompany almost the entire period. Heartburn and nausea in the morning, bloating, flatulence and other digestive system disorders are in some ways a sign of pregnancy. 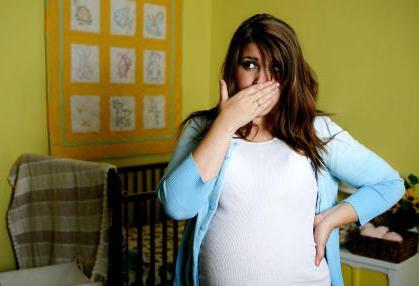 In late terms, the symptomatology is very painful and occurs at any time of the day, including at night. Provoke a burning sensation may be a certain food, increased intra-abdominal pressure, a change in the level of the hormone progesterone. Heartburns that occur during pregnancy should not scare a woman. This is a standard phenomenon, which is not associated with any gastrointestinal diseases. If the same condition was observed before conception, it should be reported to the doctor and examined.

The main signs of heartburn

The pathological condition can be determined by the characteristic symptoms:

Usually discomfort occurs after half an hour after eating. They are caused by food, which has pronounced taste characteristics. Heartburn in the stomach may appear after drinking coffee, strong tea, alcohol. Burning contributes to overeating and consumption of large amounts of liquid during or after a meal.

What should I do for heartburn?

Before starting treatment of a pathological phenomenon, one should find out its etiology. The exact diagnosis can be made only by a specialist after the patient passes the diagnosis. There are different methods of influencing the problem. Most often from heartburn at home take drugs-defoamers, antacids, enveloping medications. You can also use traditional methods of treatment.

In case of a frequently occurring syndrome, experts recommend that the ration be reviewed and that harmful food is completely excluded from it. Diet is a prerequisite for improvement.

In the absence of treatment, the effects of heartburn can be extremely undesirable. The constant transfer of acid into the esophagus provokes the appearance of erosions and ulcers on the mucous surface. Over time, such formations begin to scar, which leads to a narrowing of the esophagus, and the patient feels difficulty in swallowing food. Pathology is eliminated by surgical intervention.

Water with soda is one of the many home remedies for eliminating unpleasant symptoms with heartburn. Indeed, the substance can quickly stop painful sensations. The aqueous solution of sodium hydrogencarbonate can neutralize the increased acidity of the gastric juice due to the chemical reaction that occurs between the soda and the acid. As a result, harmless to the body - water, sodium salt and carbon dioxide. However, not everyone knows that such a method can damage the body.

Carbon dioxide irritates the gastric mucosa, which causes increased release of hydrochloric acid. That is, sodium bicarbonate can only bring temporary relief, followed by a significant deterioration in the condition. Signs of heartburn in this case will be more pronounced. Therefore, the use of soda is only in extreme cases, when at hand there will be no other, more sparing ways.

Most effective drugs are classified as antacids. As a part of such medicines there is magnesium, aluminum and soda. They are able to quickly eliminate pain, but do not affect the true cause of heartburn. Antacids are produced in the form of tablets, powders and suspensions for oral administration.

If after eating, heartburn and eructation are observed, drugs from this pharmacological group should be taken. Fast action has an absorption of antacids: Rennie, Vicalin, calcium carbonate( chalk).They act on the principle of soda and have only a short-term effect.

Neutralize and adsorb hydrochloric acid without side effects will help antacids that are not absorbed into the systemic bloodstream. Such preparations include "Fosfalugel", "Almagel", "Simetikon", "Relzer", "Gastratsid", "Maaloks".They have a prolonged therapeutic effect and are excreted from the body naturally. 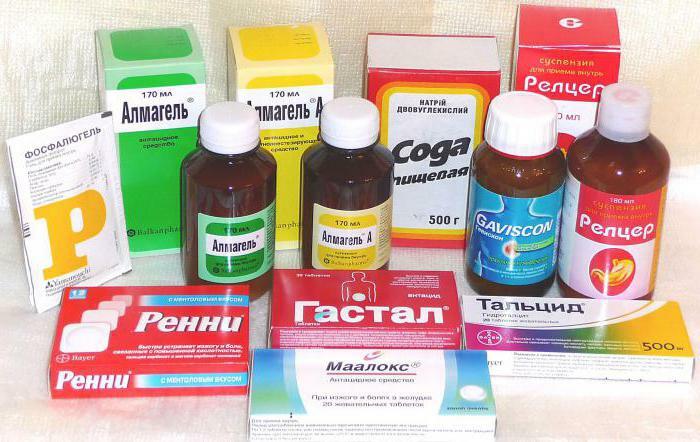 Reduces the production of hydrochloric acid antisecretory medicines. They can be prescribed only by a specialist in the event that diet and treatment with antacids did not bring relief to the patient. With prolonged and regular admission, such medications can prevent relapses. The most accessible means is "Omeprazole" - the blocker of the proton pump. Similar action is rendered by "Omez", "Ultop", "Losek".Cope with esophagitis, which causes heartburn, will help such a tool as "Emanera".

What drugs are allowed in pregnancy?

To get rid of the unpleasant sour taste in the mouth of the expectant mother, you can also use some medications. One of the safest drugs are antacids, which are not absorbed into the blood. The enveloping effect is possessed by "Gaviscon" in the form of a suspension. The drug has been clinically tested and can be used during pregnancy.

Heartburn after eating can significantly worsen the well-being of a future mother. Tablets for resorption "Rennie" will help to eliminate painful sensations within 5 minutes after ingestion. The presence of calcium and magnesium in the composition of carbonates positively affects the increased acidity. However, despite the high safety, according to the instruction, the tablets can be taken only from the second trimester of pregnancy.

Many people who suffer from frequent heartburn attacks use home methods to get rid of this unpleasant phenomenon. Experts warn that it is desirable to use such techniques together with drugs for the treatment of pathology of the digestive tract. 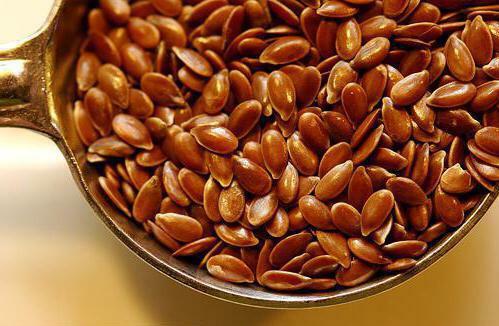 If you suffer from heartburn, abdominal pain and eructation, you can use potato juice for rapid relief of symptoms. To do this, fresh potatoes rub on the grater, squeeze the juice and take it from the very morning, before eating. It is recommended to drink at least half a cup of potato "medicine" at a time. You can take food half an hour after the manipulation. The duration of treatment in this way is 10 days.

To help with heartburn at home, can also infusion of flaxseed, known for its medicinal properties for various diseases of the gastrointestinal tract. A liquid is prepared from a teaspoon of seeds and a glass of boiling water. It is advisable to cook the infusion in the evening, in order to take it on an empty stomach in the morning.

Cope with bouts of burning and pain in the esophagus infusions of various herbs. The expressed therapeutic effect is possessed by a camomile, a plantain and a St. John's wort. The mixture is prepared in a 1: 4: 4 ratio, pouring a glass of boiling water and insisting for at least two hours. The liquid should be filtered and take 2 tbsp.spoons three times a day.

Acidification, which causes unpleasant signs of heartburn, can be temporarily eliminated with the help of ordinary chalk. It is ground into powder, calcined in a heated frying pan and cooled. After that, the powder must be grinded again with a coffee grinder and poured into a dry, clean glass container. To avoid uncomfortable sensations in the epigastric region after eating, it is necessary to take the powder one hour before meals 3 times a day.

How to avoid heartburn?

If you follow some recommendations, it is possible to prevent another burning sensation behind the sternum. First of all, patients who are predisposed to a pathological phenomenon, should change the diet. If you take food in small portions, the load on the digestive tract will decrease significantly, the production of hydrochloric acid will decrease. 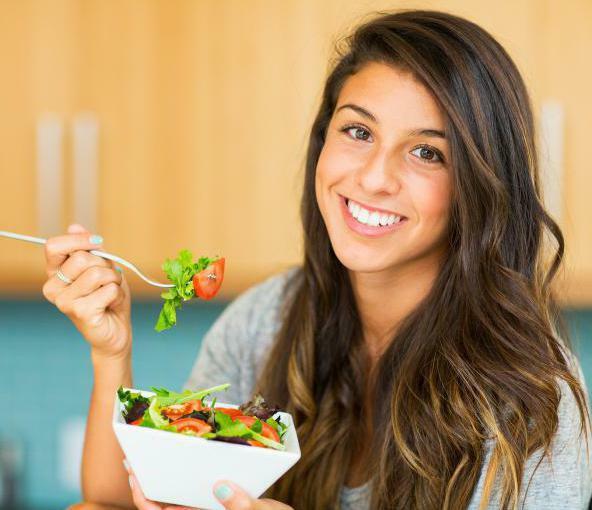 Dietary nutrition is the basis of any method of treating heartburn. Refusing smoked, fried, spicy, spicy and salty, you can not be afraid of the burning sensation in the esophagus. If the patient noticed that there is heartburn after sour or sweet, then it is necessary to reduce the use of these products.

The last meal should be at least 4 hours before bedtime. After a meal, you should move rather than take a horizontal position.

Pathologies of the digestive system are observed not only in adults, but also in small patients. Often children complain of a burning sensation in the upper abdomen. A similar situation is typical for teenagers aged 13-15.This is due to the fact that the sphincter is not developed enough to fully fulfill its functions. Also, the cause can be covered in neurological abnormalities, stresses, disorders of the digestive tract( flatulence, constipation).There is heartburn, bloating, belching, pain in the abdomen and with malnutrition.

To reduce the increased acidity in children it is possible with the help of medicines from the group of antacids. Appoint a specific drug and its dosage should be the attending physician. It is also important to follow a diet and eliminate harmful foods from the baby's diet. You need to eat at least 5-6 times a day. It is allowed to use a variety of cereals( especially useful buckwheat and oatmeal), fresh vegetables, fruits, water without gas, lean meat, dairy products.