One of the most insidious diseases in women is sarcoma of the uterus. The prognosis of life in this disease varies depending on the stage of the pathological process. However, most often he is disappointing. Five-year survival at the initial stage is 47% of all cases. At detection of an oncological disease at the fourth stage - only 10%.Talk about positive dynamics is not necessary even with timely diagnosis and competent treatment.

Sarcoma of the uterus is a rare but insidious pathology. Neoplasm is formed from undifferentiated elements of the endometrium or myometrium. Oncological disease occurs in women of all ages, including small girls. It is manifested by cyclic bleeding, abdominal pain, general malaise. Sarcoma is difficult to diagnose at the initial stages of development. The answer to the question of full recovery depends on the stage of the pathological process, the age of the patient and the state of her health. All forms of the disease are characterized by a high degree of malignancy. Therefore, they are difficult to treat. 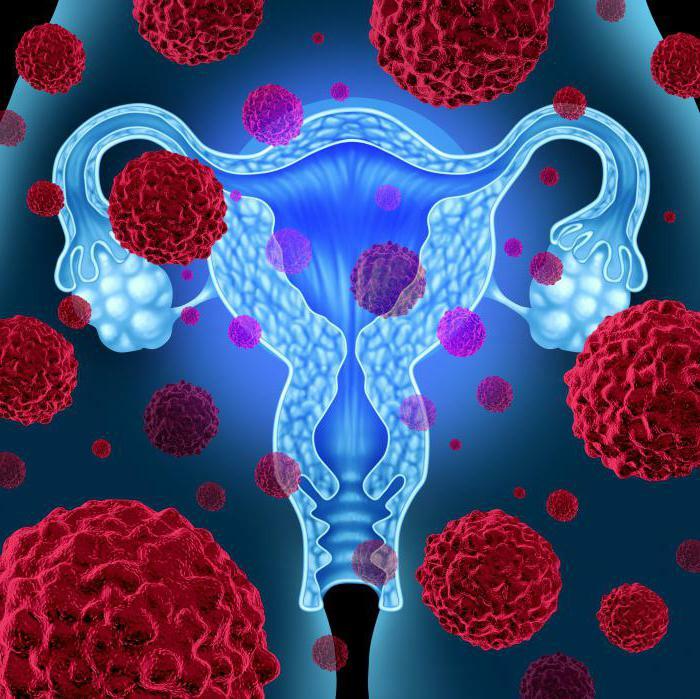 Forms of sarcoma of the uterus

Depending on the location of the malignant cells, the following forms of the disease are distinguished:

Many people confuse two diseases: sarcoma of the uterus and cancer. In fact, these are completely different pathologies. Cancerous tumors are formed from epithelial elements, and sarcomas affect only connective tissues.

Sarcoma of the uterus refers to pathologies of complex etiology. Scientists put forward several versions explaining its origin. Most of them are sure that the disease develops under the influence of a whole group of factors. This may be a failure in the hormonal system or multiple injuries of the uterus, an abnormal abdominal operation, an abortion, or any other interference.

The disease also occurs against the background of embryonic development problems. No less dangerous factor is the pathological proliferation of endometrial tissue. To the development of pathology sometimes leads to improper healing of the site, removal of the polyp or the fusion of several formations. Neuroendocrine disorders are another cause of sarcoma. An important role in predisposing factors is given to bad habits, abuse of medicines. Doctors should be alerted and a sharp cessation of ovulation. 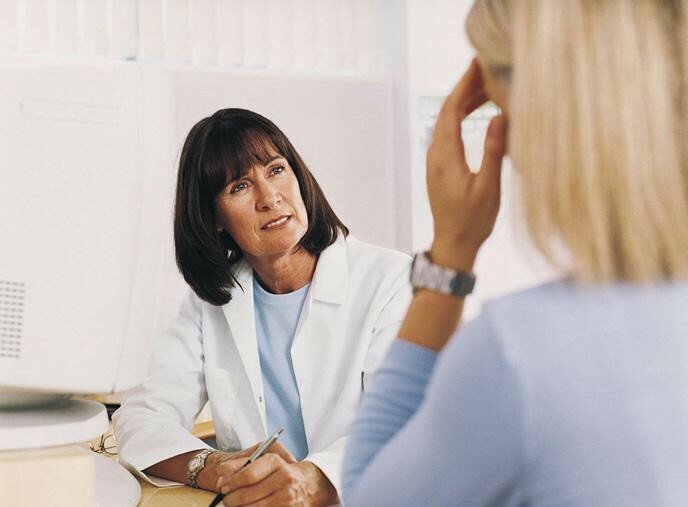 Who is at risk?

Gynecologists try to draw the attention of women to the prevention of sarcoma, since it is extremely rare to completely cure this pathology. First of all, it is shown to those who are part of the so-called risk group. These are women:

A huge role in this matter belongs to a hereditary predisposition. For health, special attention should be paid to women after 40 years of age, whose close relatives have been diagnosed with tumor diseases, including uterine sarcoma.

Symptoms and signs of the disease

Very often, sarcoma is called mute pathology, since there are no obvious signs of it at the initial stage of development. Women are slow to seek help from a doctor, perceiving a worsening state for stress or less serious illness. Even in the late stages of the sarcoma may not show characteristic symptoms, continuing to increase in size or mask under the fibroids.

As the disease progresses and depending on the specific location of the pathological process, there is a violation of the menstrual cycle. Women complain of the appearance of pain in the lower abdomen, abundant discharge with putrefactive odor. Also, the appetite disappears, the skin acquires a yellowish hue. In the blood tests, changes are clearly discernible.

Late manifestations of sarcoma lead to anemia, permanent weakness and ascites. Due to metastasis in the lungs pleurisy develops, and in the liver - jaundice. The penetration of malignant cells into the spine is accompanied by the appearance of pain in its various parts.

Often when gynecological examination for prevention purposes, doctors diagnose "sarcoma of the uterus".Signs indicating the onset of the pathological process may be absent. Such a combination of circumstances is considered successful, because timely treatment at times increases the chances of a positive outcome. Gynecologists regularly recall the importance of periodic examinations of women after 40 years, especially before the onset of menopause. 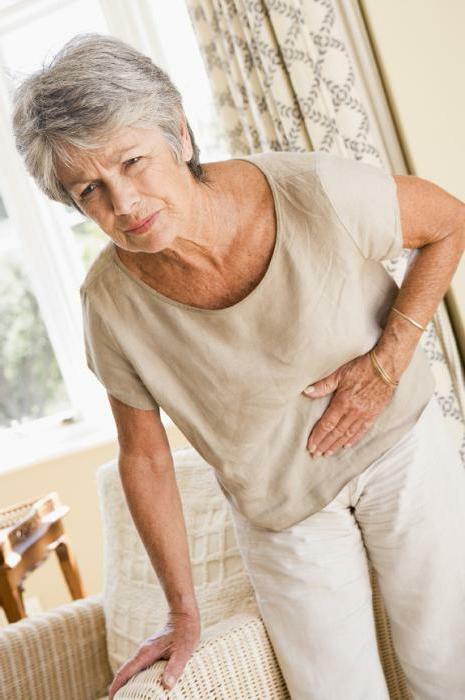 Stages of development of sarcoma

The disease is characterized by slow development.

Early detection of sarcomas is often difficult due to the absence of obvious symptoms. At the primary consultation, the gynecologist will find out an anamnesis and accompanying data on the cases of oncological pathologies with the next of kin. Gynecologic examination allows to reveal changes in the color of the cervix, to detect signs of neoplasm. Then a number of laboratory and apparatus tests( blood test, CT, MRI, hysteroscopy and ultrasound of internal organs) are assigned.

Differential diagnosis of uterine sarcoma can eliminate diseases with a similar clinical picture. These include ovarian tumors, benign genital organs, endometrial polyps. Confirmation of the final diagnosis is impossible without a biopsy. During this procedure, tumor tissues are examined in the laboratory. 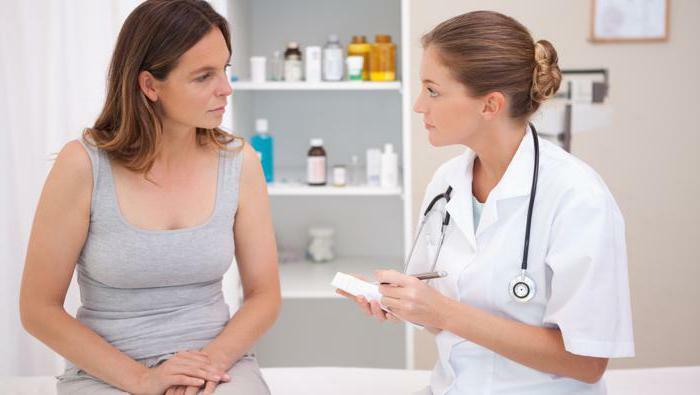 Neoplasm can disperse metastases along with blood flow, and also grow into adjacent organs. How does the process of malignant elements spread? Sarcoma throws its particles into the blood, from where they enter the respiratory and bone systems, the external genitalia. Most often, the lesion affects the left side of the lungs. Malignant cells often enter the appendages. Such a complication is usually found in the diagnosis of "endometrial uterine sarcoma".Metastases rapidly migrate throughout the body, which can lead to an early lethal outcome.

In medical practice, several methods of treating uterine sarcoma are used. Most often, patients are offered a combined option, which includes surgery and chemoradiotherapy. The operation is performed only at the initial stages of the pathological process. It allows you to determine the stage of the disease and carry out removal of the tumor. The amount of intervention depends on the location of the tumor and its size. At best, remove the uterus with appendages, and at worst - all adjacent organs. In case of neglected cases, only one surgical intervention will be insufficient. Regarding the issue of radiation therapy, today it is one of the most effective options for fighting the disease of sarcoma of the uterus. The forecast and in this case may be disappointing. It is prescribed to destroy the scattered cancer cells. 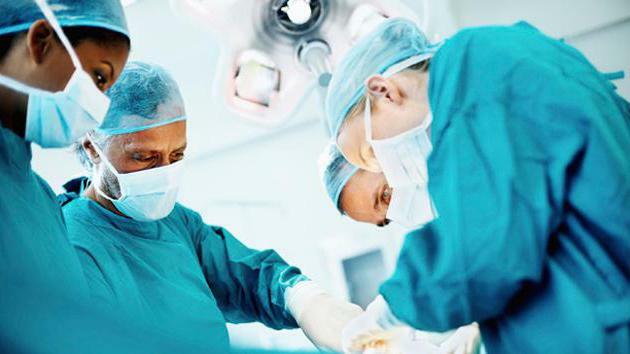 Chemotherapy courses for uterine sarcoma suggest the use of anthracyclines( Idarubicin, Doskorubicin, Epirubicin).These are the so-called antitumor antibiotics. Currently, experts are actively studying the effect of the drug "Ifosfamide", its use in both monotherapy and in combination with other medicines. At a chemotherapy positive dynamics is observed at 30% of patients.

Combined treatment is much more effective, but it has a number of side effects. Positive dynamics is observed from combined therapy "Docetaxel" and "Gemcitabine".It is usually used repeatedly for relapses.

What other drugs are used to diagnose uterine sarcoma? Treatment with hormonal agents is justified only with a low degree of malignancy of the neoplasm.

What is the prognosis of uterine sarcoma? Photos of patients who managed to survive this insidious disease, inspire hope. However, in most cases the outcome of the pathology is unfavorable, the probability of relapses is high. What does statistics say about this?

With the timely diagnosis of the tumor and the operation, the probability of relapse is 65%.In the case of detection of sarcoma in the late stages, the chances of re-development of the pathological process are 90%.Typically, the life expectancy of a patient after surgery is 2 years. Statistics confirm that a five-year survival after treatment of sarcoma is observed only in 40% of cases.

Depending on the stage of the disease, this picture may look like this:

However, this is just research data, during which the scientists recorded cases of a favorable outcome after treatment of uterine sarcoma disease. How many patients live with this diagnosis, it is difficult to say. When answering this question, it is necessary to know the stage of the disease, the treatment performed, the cases of relapse. Favorable course is characterized only by those sarcomas that are formed from fibromatous nodes. And in this case, timely diagnosis and treatment is required. 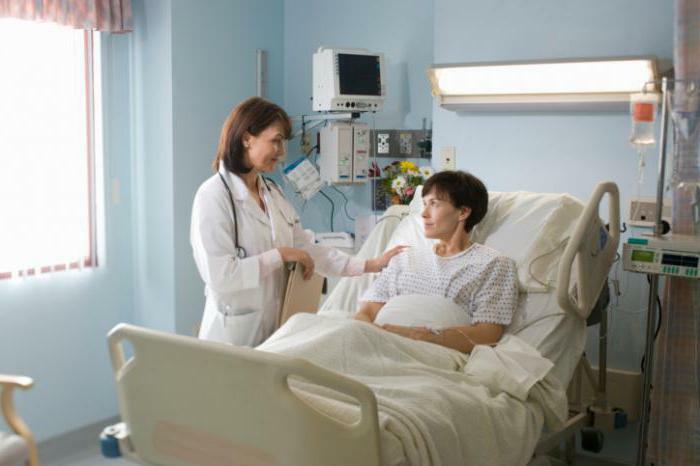 How to prevent the development of this dangerous disease? First of all, experts recommend that a gynecological examination be performed annually. It is also necessary to follow the prescriptions of the doctor in the treatment of "female" diseases, especially those relating to hormonal disorders. A special role in prevention is given to the issue of pregnancy. Doctors do not recommend delaying with the planning of the baby. If for some reason you do not want to try on the role of the mother, you should use contraception and not allow abortions. It is impossible not to mention the proper nutrition. The diet should consist mainly of fresh vegetables and fruits. And the number of animal fats is better limited. Abandon your addictions, spend more time outdoors and go in for sports. 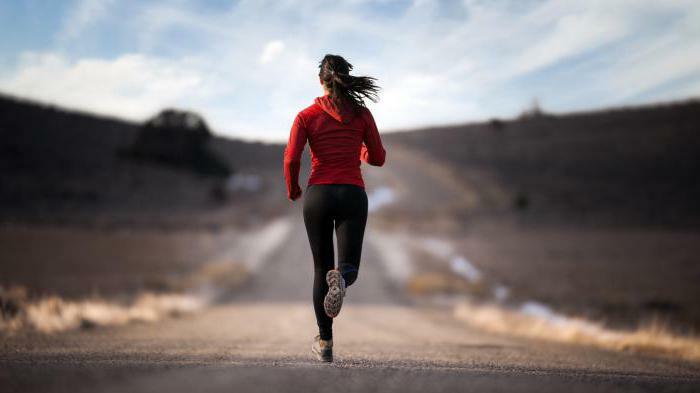 The attention of scientists and physicians still rivets such a rare disease as sarcoma of the uterus. The prognosis of life with this disease can not be foreseen. Although sarcoma is a rare disease, it is included in the list of aggressive malignant neoplasms. Even with timely and competent treatment, there is no hope for positive dynamics. Pathology can occur in women of all ages. When you have atypical symptoms and malaise, you need to see a doctor. It is even better to take preventive examinations every year. Be healthy!