Lymph node on leg: location, causes of increase and treatment

Enlargement of lymph nodes on the legs is quite a frequent occurrence, which every one of us has probably faced. However, in some cases, this phenomenon may indicate a serious illness. Today we will talk about lymph nodes located on the legs.

Lymph is a liquid medium of the body of a yellowish hue. It is responsible for the protective function of the body and contains lymphocytes responsible for the immune response. It washes the cells for internal purification. The liquid is collected from all organs, poured into the lymphatic vessels, and then into the total bloodstream. Numerous microbes enter the lymph nodes, playing the role of filters, where they are disinfected. However, if the lymphocytes are weakened, they do not cope with all microorganisms. 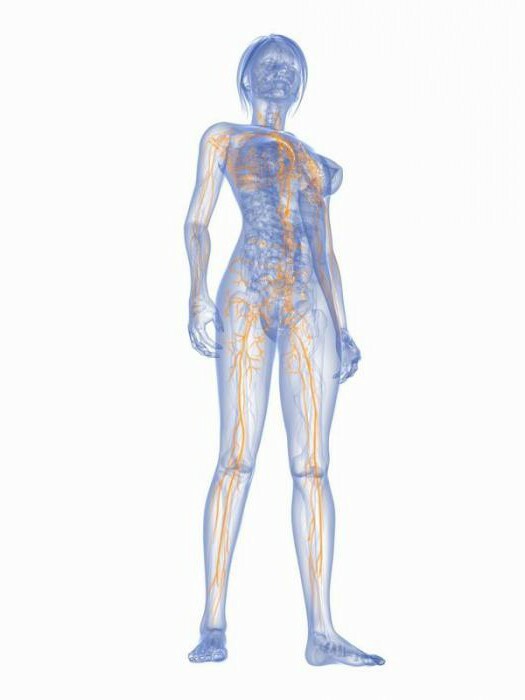 The functions of the lymphatic system are not only the production of lymphocytes that destroy bacteria, but also the provision of a uniform distribution of fluid in the tissues.

Lymph nodes are scattered throughout the body. They resemble small-sized beans from dense tissue that are practically not probed through the skin if they are not enlarged. Their size varies from a few millimeters to several centimeters. They are concentrated in different areas of the body and interfere with the development of the inflammatory process, and even oncology.

Today we will consider the location of lymph nodes on the legs of a person and the reasons for their increase.

Where are the lymph nodes located on the body?

There are the following types of lymph nodes:

In this case, the largest are cervical, axillary and inguinal. 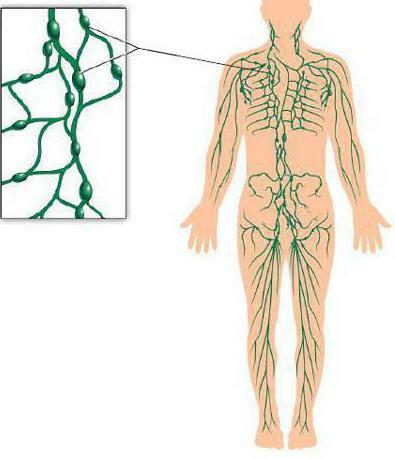 The inguinal nodes of the lymphatic system are located on either side of the groin and are scattered in small groups along the inner side of the thigh. They purify the lymph coming to them from the lower limbs and organs of the reproductive system.

Popliteal lymph nodes are located on the inside of the knees, in the area of ​​their fold.

Warning! If the lymph node is enlarged, this is due to the growing number of lymphocytes in it and indicates that the organism has noticed a pathogenic agent and started to defend itself. This is a good sign, but a prolonged increase in lymph nodes requires a referral to a specialist.

In people who have a dense physique and loose skin, lymph nodes can increase for no apparent reason. If soon the phenomenon passes, there is no need to worry about it. And we will consider below the symptoms and causes of enlarged lymph nodes.

How to find out what the lymph node has swollen? First, a seal the size of a walnut appears. When you touch, you feel a pain, but the increase in the lymph node on your leg can often not be noticed at all, if the process is uncomplicated.

Complicated lymphadenitis( inflammation of the lymph nodes) reports a purulent inflammation, which is accompanied by a headache, weakness of the whole body, an increase in temperature. If lymph nodes are inflamed on the inside of the knees, a person suffers from a pulling sensation in this area. Inflammation can be localized in one lymph node, their group or even cover all organs.

Doctors claim that if a lymph node has only increased one, and not the whole group, it can only mean that it works more actively than others, which is often the result of a transmitted infection. As soon as the body completely regains its strength, everything is normalized. But if there is pain in the area of ​​enlargement, it is better to seek advice from a specialist.

Lymphadenitis in the knee area: causes and complications

So, the main reasons for the increase in lymph nodes. This kind of lymphadenitis can manifest even after a common cold with a complication. But most often lymph nodes get infections from the wound on the foot or foot, if there is a purulent process. This is due to the fact that the lymphatic pathways are located in such a way that the infection easily gets from the damaged area to the lymph nodes.

Complications of such a "journey" can be a purulent abscess in the popliteal fossa if the microbes caught in the lymph are particularly active. In this case, the intervention of the doctor is necessary - he must open the abscess, which struck the lymph node on the leg, in an operative way, to provide drainage of pus. In medical practice, there are cases when there is no pus inside. In this case, doctors prescribe medication. 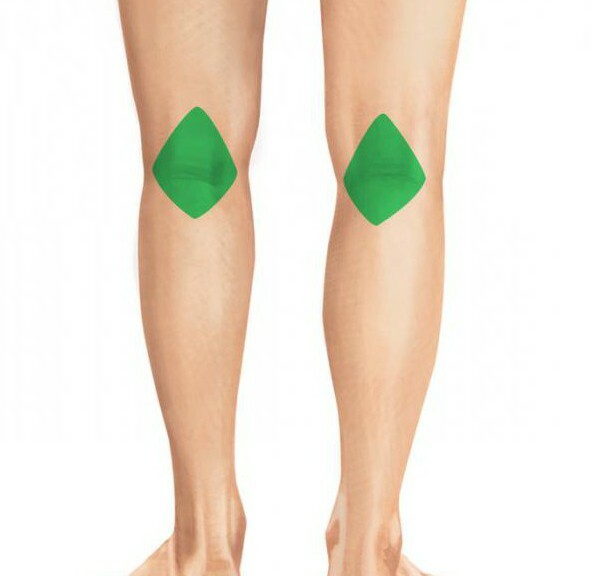 Warning! It is noteworthy that the abscess of the popliteal fossa is characterized by scarcity of processes, which often misleads patients. An inflamed lymph node on the leg practically does not manifest itself. Symptoms of abscess are expressed in painful sensations during flexion and extension of the knees, as well as during palpation. Swelling in this area is small, and redness is completely absent.

inguinal lymphadenitis: the main causes of

Why swollen lymph node in the groin area? The first cause of lymphadenitis in the inguinal region is also a purulent wound on the leg. In addition, doctors distinguish the wounds received from cats, abscesses, furuncles, phlegmon on legs and even face. 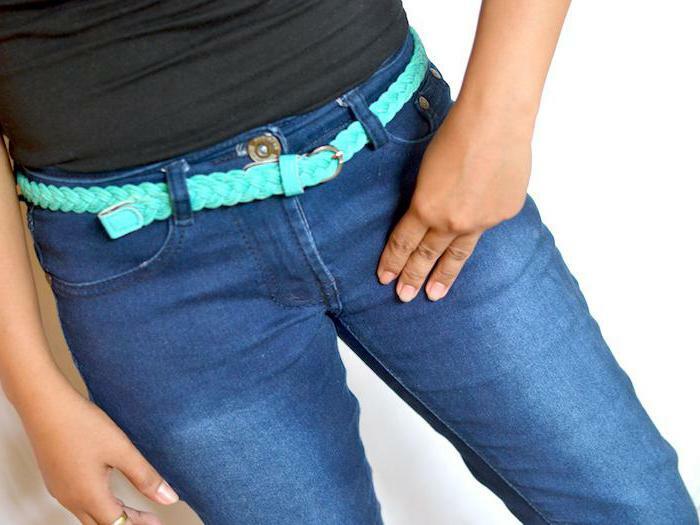 But besides this, the following diseases can be the cause of the increase in inguinal lymph nodes.

This is a type of venereal disease. It is common in the tropics, which is why it is rare in our countries, but in recent times, the incidence of infection has increased. The disease is characterized by the formation on the skin of a papule with a liquid, in the place of which an ulcer soon appears. After 2 months in males all the groups of lymph nodes increase, and in women, inflammation of the deep pelvic nodes is observed. Also, lymphadenitis is manifested in other sexually transmitted diseases - chlamydia, syphilis, gonorrhea.

A tumor that develops in the lymph nodes. The disease has a latent flow and a malignant character, so it is almost impossible to detect it in the early stages, and when it comes to metastases, it is too late to seek help.

Inflammation of the genitalia.

This includes vulvitis, urethritis, colpitis, balanoposthitis and other diseases. The cause of lymphadenitis are also systemic viral infections - HIV, cytomegalovirus infection, mononucleosis. The lymph node on the leg first receives information that not everything is safe, and begins to respond to the infection. 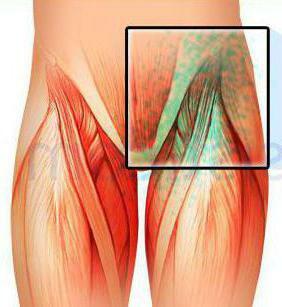 The nature of the increase in inguinal lymph nodes

In order to independently determine the nature of lymphadenitis, take into account a few nuances:

And then we will consider how to treat lymph nodes on the legs. 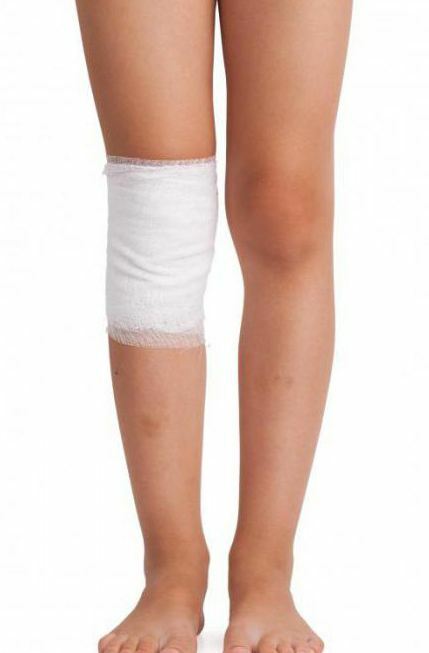 We treat lymph nodes on the legs

What should I do if you have an enlarged lymph node? This phenomenon in itself does not need therapy, since it is considered only a symptom of any disease or trauma.

An enlarged lymph node on the leg requires specialist advice. It is best to contact a district therapist who will prescribe the appropriate treatment or give a referral to another specialist. It is important to determine why the lymph node has become inflamed, and for this it is necessary to pass the necessary tests. They will help to diagnose and closely deal with the treatment of the underlying disease. With successful therapy, the lymph nodes will return to normal themselves. 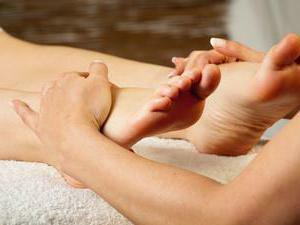 Than to treat lymphonoduses on legs or foots in house conditions? Experts do not advise to engage in self-medication without knowing the diagnosis. However, the warm compresses applied to the area of ​​the lymph node enlargement will temporarily relieve the inflammation.

After finding a painful enlargement of the lymph nodes, consult a doctor who will help identify the problem and prescribe a competent treatment.