Stargardt's disease provokes a degenerative process in a yellow spot. There are many diseases, the clinic of which is similar to this pathology. They are caused by a mutation of different genes. Therefore, the ailment is classified as a hereditary pathology.

The main clinical manifestation of the disease is the degenerative process in the yellow spot, as well as the central retinitis of the pigment, causing a drop in vision with the development of the central scotoma. 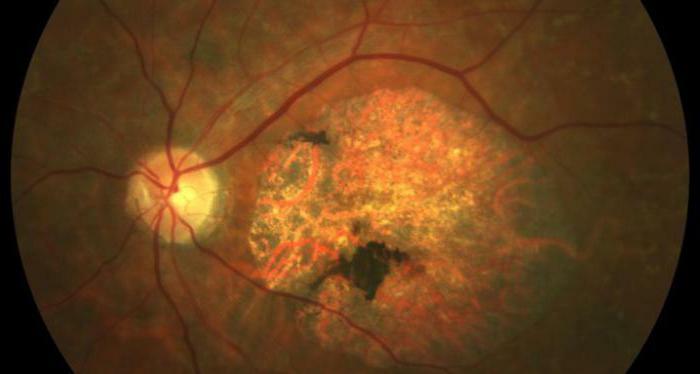 Stargardt's disease is one of rare, but very serious pathologies. It manifests itself at a young age - from 6 to 20 years with a frequency of 1: 20,000 people. In another age category, pathology, as a rule, is not encountered. Consequences of the disease are catastrophic. A complete loss of vision is not excluded.

The disease has a genetic basis. The dystrophic process affects the macular area of ​​the retina and originates in the area of ​​the pigment epithelium, which leads to loss of vision. The process is two-sided.

There is a clear distinction of pathology into four types depending on the area of ​​inflammation zone localization:

The degenerative process can be marked:

There is also a mixed form of the disease, which involves the localization of inflammation in the central part of the eyes and on the periphery.

Mechanisms of the development of the disease

The causes of the disease are described by the doctor K. Stargardt in the first half of the twentieth century. In honor of him, this disease is also called. Pathology is attributed to the macular area and, according to the scientist, is transmitted within the same family by inheritance. Usually, a polymorphic ophthalmoscopic picture called "atrophy of the choroid", "bull's eye", "broken bronze", etc. is designated.

By means of positional cloning, the main locus of the gene was identified, which causes pigmented retinitis, which is most clearly manifested in photoreceptors. In science, it was called ABCR.

Eye disease is inherited by an autosomal dominant type. Pathology is characterized by the localization of mutated genes in chromosomes 13q and 6ql4.

The genetic basis is not dependent on gender. According to the latest studies of geneticists, with the dominant type of transmission of the disease, it proceeds somewhat more easily and does not always lead to blindness. Most of the receptor cells continue to function. In such patients, the pathology proceeds with a minimum of symptoms. The sick can keep working capacity and the ability to drive vehicles.

How is Stargardt's disease developing? The causes of degeneration of macular cells lie in the lack of energy. A gene defect provokes the production of an inferior protein, which transmits ATP molecules through the cell membrane of the macula of the central part of the retina. It focuses the graphics and colors. 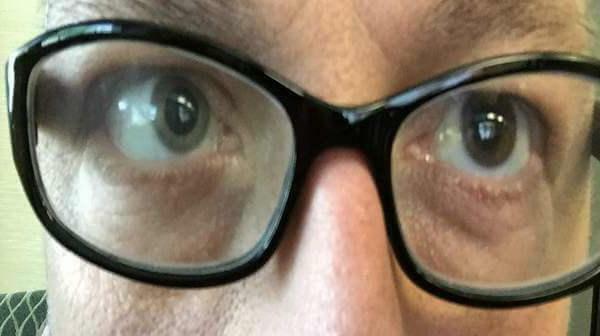 Symptomatology of the pathology of

What are the characteristics of people with Stargardt's disease? With the development of the disease, there is no pathology in other internal organs. The process affects only the eyes. The disease begins with loss of visual acuity. Subsequently, the symptomatology grows, and gross violations of the perception of color appear in the entire spectral range perceived by the vision.

Degenerative changes in the fundus appear in the following indices:

Such processes can occur in conjunction with the appearance of whitish-yellow spots. As the disease progresses, an increased accumulation of lipofuscin-like substance is revealed in the pigment epithelium of the retina.

All patients affected by this pathology are diagnosed with absolute or partial central scotomas that have a different magnitude due to the prevalence of the process.

In yellow-spotted form, the field of view in a sick person can remain within normal limits, but the central vision is markedly reduced.

In most of the diseased people who underwent examination, there was a violation of color perception by the type of deuteronopia, red-green dyschromasia. In the yellow-spotted dystrophic process, color vision may not be affected at all.

In Stargardt's dystrophy, the frequency of the spatial sensitivity of contrast is altered( in the range of 6 to 10 º with a significant decrease in the region of average spatial frequencies and a complete absence in the high frequency region).The syndrome was called the "pattern of cone dystrophy."

Symptoms include wavy vision of objects, blind spots, blurriness, color irregularity and difficulty of adaptation in the presence of dim illumination. 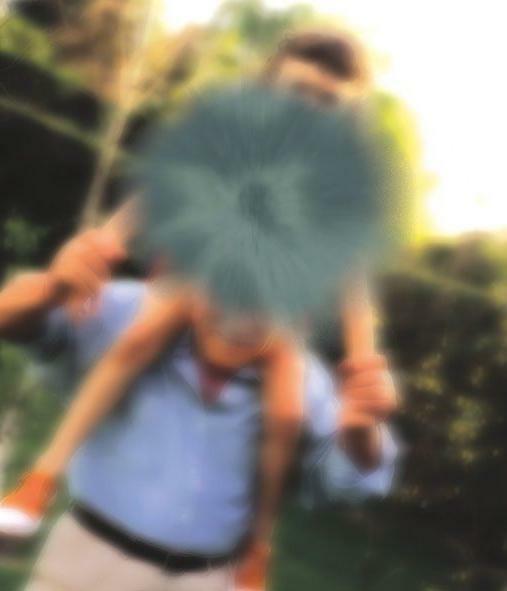 As a result of research at the genetic level, evidence is found that eye Stargardt's disease is determined by allelic disturbances of the ABCR locus.

Diagnosis begins with the examination of the condition of the fundus. Fluorescent angiography of the retinal vessels is performed, as well as electrophysiological examination. In this case, it is required to determine the extent of the lesion. This makes it possible to identify a number of disease indicators, including hyperfluorescent foci and fluorescence of the optic nerve disc.

Since the disease has a hereditary nature, the most accurate way to determine it will be diagnostics at the DNA level, which is capable of revealing hereditary monomonogenic diseases. 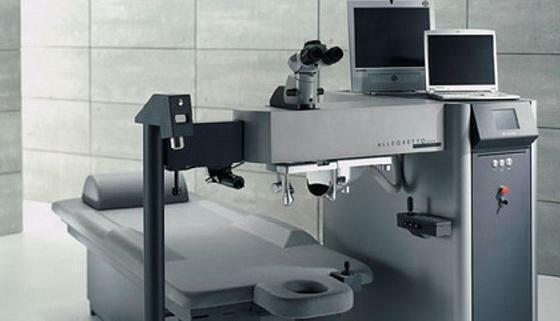 Also differentiated diagnosis is indicated in the case of the presence of toxicosis in pregnancy acquired due to drug dystrophy( in particular, with chlorokinin retinopathy).

Can Stargardt's disease be cured?

Etiological therapy does not exist. How is Stargardt's disease resolved? Treatment of ancillary nature involves the use of parabulbar injections of taurine and antioxidants, the introduction of funds that dilate the blood vessels( pentoxifylline, nicotinic acid), as well as steroids.

Treatment with vitamins, which contribute to strengthening the walls of blood vessels and improving blood circulation. Usually, vitamins B, A, C, and E. 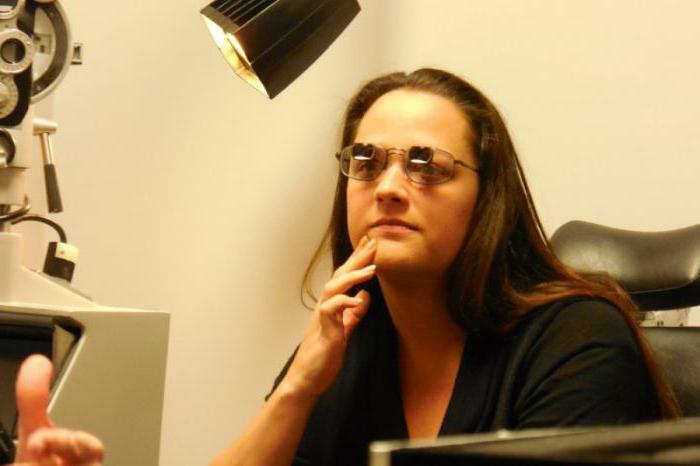 are used. Physical therapy procedures are shown. Among them, one should distinguish electrophoresis with the use of medicines, as well as stimulation of the retina of the eyes by means of a laser.

The revascularization of the retina is performed by transplanting the zone of the yellow spot of muscle fibers.

Earlier ophthalmologists around the world believed that the disease was not amenable to treatment. The above therapy helped to only slightly delay the progression of pathology, but in no case prevent it.

As a rule, treatment did not save people from a complete loss of vision. It was necessary to develop a different technique that would facilitate the restoration of damaged eye structures.

Is there an effective method for eliminating a pathology such as Stargardt's disease at the moment? How to treat a serious ailment? The method was proposed in 2009 by Dr. Alexander Dmitrievich Romashchenko, who is the head of the ophthalmology center "ON Clinic"( St. Petersburg, Marata St., Building 69, Building B).He was improved version of the therapy of the disease, based on tissue cellular treatment. 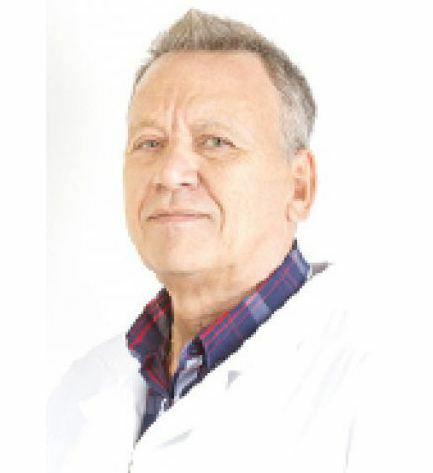 The basis of therapy is the use of stem cells of adipose tissue of a person who has fallen ill. The therapeutic method was developed earlier by the scientist V.P.Filatov. Thanks to innovative technology, patients are given the opportunity to restore lost vision and ensure a full life.

Dr. AD Romashchenko has registered a set of technologies in the field of biomedicine and has patented the following methods of stem cell treatment: