Disease of the palpable heart: symptoms and treatment

The palpable heart is a diagnosis, in medicine officially called pericarditis. This disease, which affects first of all the pericardial bag, that is, the tissue covering the main organ of the human body from the outside. The cause of such a problem is more often in infection, the consequences of a heart attack or rheumatism. Pericarditis is characterized by painful sensations, which are activated during the inhalation period, as well as by coughing, weakness. 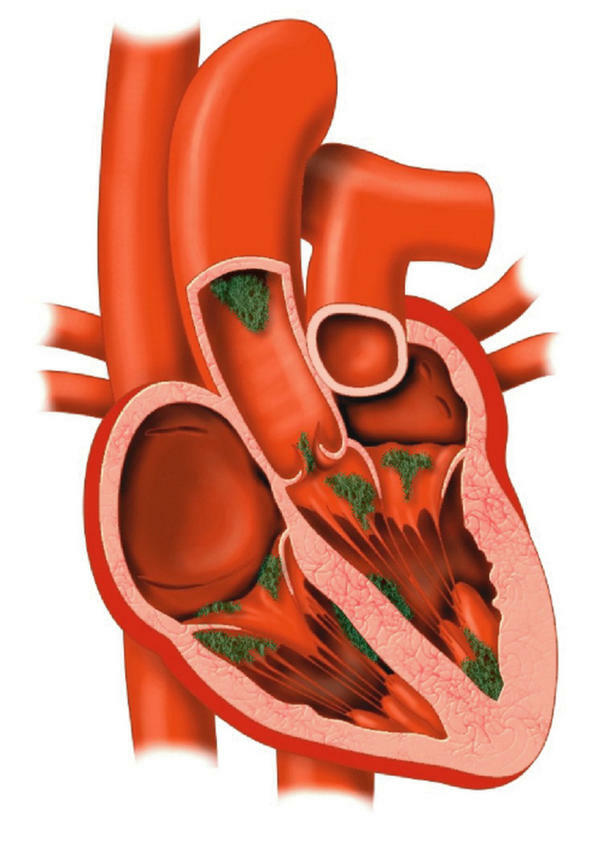 The palpable heart is often accompanied by the sweat of liquid volumes generated between the sheets of tissue. With this form of illness a person suffers from pronounced dyspnea. The form is considered extremely dangerous, as it provokes purulent processes and can cause a tamponade, that is, a condition where the vessels, cardiac muscle tissues are transmitted by the volumes of the accumulated fluid. In identifying this form, the only way to treat is often an urgent operation.

Despite the fact that the palpable heart is usually provoked by various causes, it is this disease for doctors that is often the most important, while other features of the state of human health are only secondary, because they are less dangerous. It is known that about 6% of patients with pericarditis, the disease was determined only posthumously. A similar pathology can overtake at any age, although the risk group is adults and elderly. Among the female half of the world's population, the problem is more frequent than in the opposite sex.

Often, pericarditis affects the serous membrane of the main organ of our body. In such a situation, the serous form is diagnosed, the tissues becoming permeable to the blood, and the vessels through which it flows expand. Leukocytes penetrate into the nearest regions, fibrin is deposited, spikes, scarring are formed, and pericardium sheets accumulate calcium. All this is accompanied by increased pressure on the heart and leads to a rather serious condition of the patient.

Where did the trouble come from?

Concerning the armature heart, the causes of pathology are currently divided into two groups: infection and aseptic pathway of the disease. Most often, pathology provokes tuberculosis, rheumatism. In the first variant, cases of transfer of an infectious agent from the lungs along streams with lymph into different tissues of the body are known. This can cause damage to the heart. The disease is somewhat similar to an allergy, while the process is contagious. 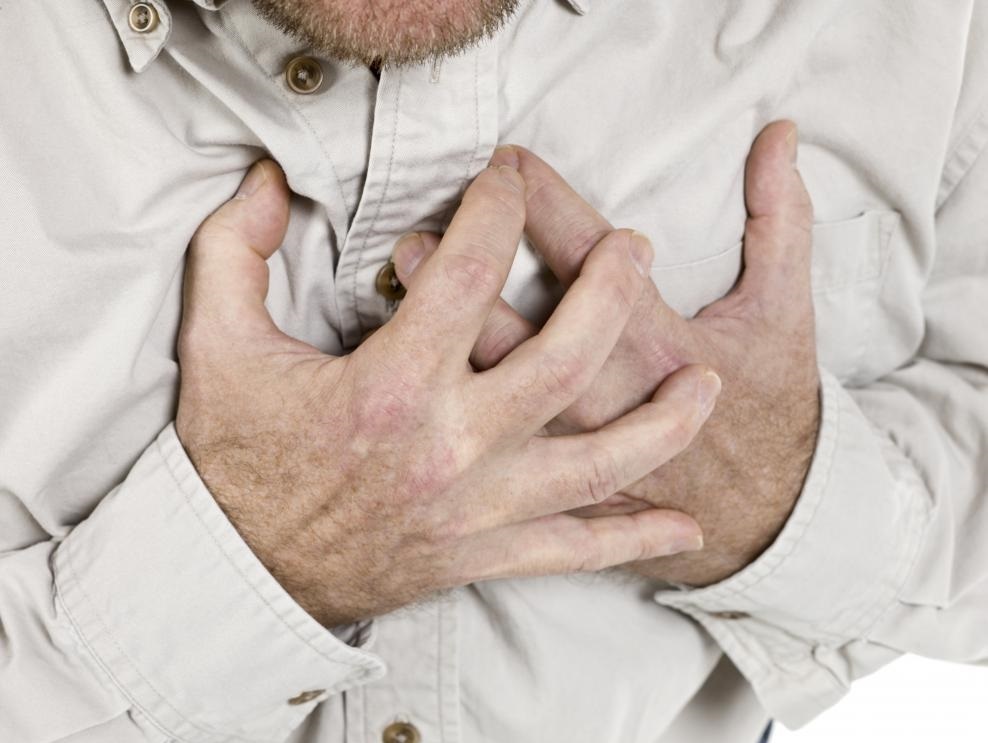 Rheumatism is such a reason for the formation of a heart-shaped mantle, when two tissue layers simultaneously suffer: myocardium and endocardium.

When is the danger higher?

The coronary heart is a disease provoked by a variety of factors, but the doctors have identified several of them that significantly increase the likelihood of pathology. First of all it is necessary to mention infections. Dangerous measles, influenza, as well as various bacteria that can cause sore throat, scarlet fever, associated with tuberculosis. Often, pericarditis is observed when blood is infected, infected with parasites, fungi. Inflammation can spread to the pericardium from areas located nearby. This danger is associated with pneumonia, endocarditis, pleurisy. The agent penetrates the pericardium through lymph or blood.

It can be found on the roentgenogram of the palpable heart with an allergic reaction associated with medication, as well as with serum disease. The likelihood of such a pathology is higher in people suffering from heart disease, trauma of this organ, malignant neoplasms and metabolic problems. Especially dangerous are toxic components, the development of which is associated with gout, uremia.

The palpable heart is a condition that often accompanies radiation injuries, therefore, persons exposed to radiation should be especially attentive to their health in general, the heart muscle in particular. An increased risk is hidden by the developmental defects of the cardiac membrane, including diverticula, cysts.

Persons with connective tissue diseases are also at risk. This is the aforementioned rheumatism, arthritis of a similar nature, and also lupus in a systemic form. There are a lot of cases of the heart muscle in people suffering from blood flow disorders and a tendency to puffiness, as these conditions provoke fluid accumulation in pericardial sheets. A carapaceous heart is a composite concept that includes several subtypes of pathology. Classical division involves diagnosing a primary, secondary form associated with lesions of the lungs, heart tissues, other internal systems and organs. In some patients, problems are diagnosed in limited form, when only the cardiac base is covered, while others reveal a partial form. There is a possibility of a general development of pericarditis, when all the pericardium is involved in negative processes completely.

The clinical picture allows us to speak about the chronic or acute form of the disease. Especially dangerous are the acute variants, lasting up to six months. They develop rapidly, differ marked symptoms.

species As can be seen from the abundance of photos on the World Wide Web, the heart is often found in fibrinous form. The pathology is provoked by overflowing the blood of the heart shell. Fibrin swells in the pericardial cavity, but the fluids in the examination of the organ are detected in a fairly small amount.

The exudative form of pericarditis is associated with the accumulation of fairly large fluid volumes. Isolate the hemorrhagic form associated with scurvy, tuberculosis, which caused inflammation in the heart muscle. Fibrinous serous is a form where the discharge is mixed, plastic and liquid. If a pathology is detected at an early stage, when a small amount of secretions is accumulated, with a correct choice of the curative program, there is the option of completely dissolving the contents of the cavity. Such forms slowly progress, last more than six months. It is people who have such a pathology, most often think about whether the heart is treated. Indeed, the disease is slow and quite difficult, and the peculiarities of its therapy are such that it is not easy to transfer the treatment.

Isolate the exudative form and adhesive. The second is usually caused by a previous pericarditis, when the inflammation passes into a productive form associated with the formation of scar tissue. Sheets of the cardiac membrane stick together, are welded together or with tissues located nearby. With an adhesive form, sometimes the symptoms of the armored heart are almost imperceptible, since the circulation is not disturbed. However, it is not uncommon for situations when the activity of the heart muscle is significantly affected by the pathological process. In altered tissues calcium salts can accumulate, and sometimes extracardiac fusion can be fixed.

theme In some patients, pericarditis is fixed in a constructive form. With this flow sheets grow into fibrous tissues, calcium deposits become places. The heart membrane is compacted, the organ chambers can be filled with blood only in a limited volume. This leads to stagnation of fluid in the veins.

Often the chronic form develops on the principle of pearl mussel. This is most often associated with tuberculosis as the primary source of the inflammatory agent. Granulomas of inflammation spread throughout the serous heart.

Pericarditis in different cases manifests itself in a variety of symptoms, depending not only on the form, but also the stage of the disease. Much is determined by the kind of liquid that accumulates in the cavity, how quickly the free volumes are filled, how actively the spikes are formed. The acute form is more often associated with a dry subspecies of the disease, which eventually changes its manifestations due to accumulation of fluid.

Dry pericarditis can be suspected for painful sensations in the heart, noise. The painful syndrome is dull, as if pressed, the background is felt in the shoulders, neck, scapula on the left. Pains are mostly mild, less often painful, similar to angina pectoris, but growing gradually, lasting hours and even days. When pericarditis does not benefit nitroglycerin, and narcotic painkillers give only a short-term effect. Many complain of frequent heartbeats, dyspnea, cough. The general condition of a person is bad, there is a weakness. Manifestations are similar to pleurisy in dry form. With a deep breath, the pain syndrome increases. Similar sensations are accompanied by swallowing, coughing, and changing the position of the body. You can relax the sensation a little, if you sit, but when you are lying on your back, the syndrome becomes active. The patient breathes superficially, often. 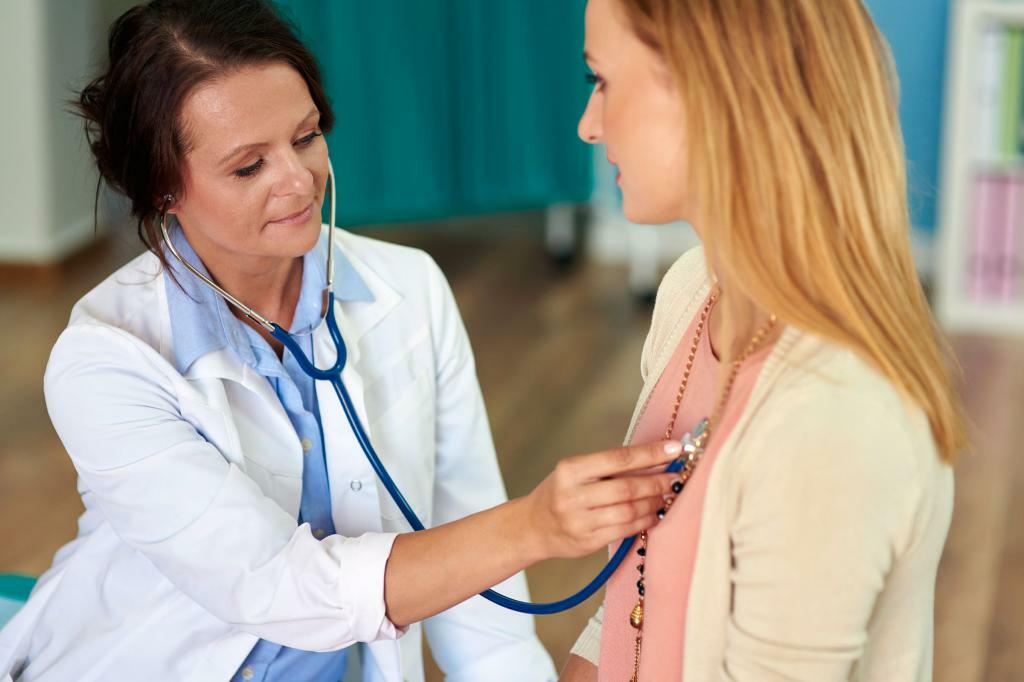 Extinguishing form: some features of

It is possible to suspect a palpable heart of such a variety if there was already dry pericarditis or a malignant neoplasm, tuberculosis, and allergy developed. The patient feels heart pains, as if something restrains in the chest. Over time, blood flow is disrupted, dyspnea, dysphagia, hiccough, febrile condition. The face, the neck swell, the thorax in front as well, the veins swell on the neck. Skin covers turn pale, the intervals between the ribs are smoothed.

Treatment of the armored heart at home is absolutely impossible. The doctor determines the therapeutic course, guided by the detected form of pathology. With acute pericarditis, the elimination of symptoms is optimal, for which purpose aspirin and other agents are available that can stop the inflammatory process. To relieve pain, they prescribe analgesics, additionally prescribe potassium, medications that normalize metabolic processes. 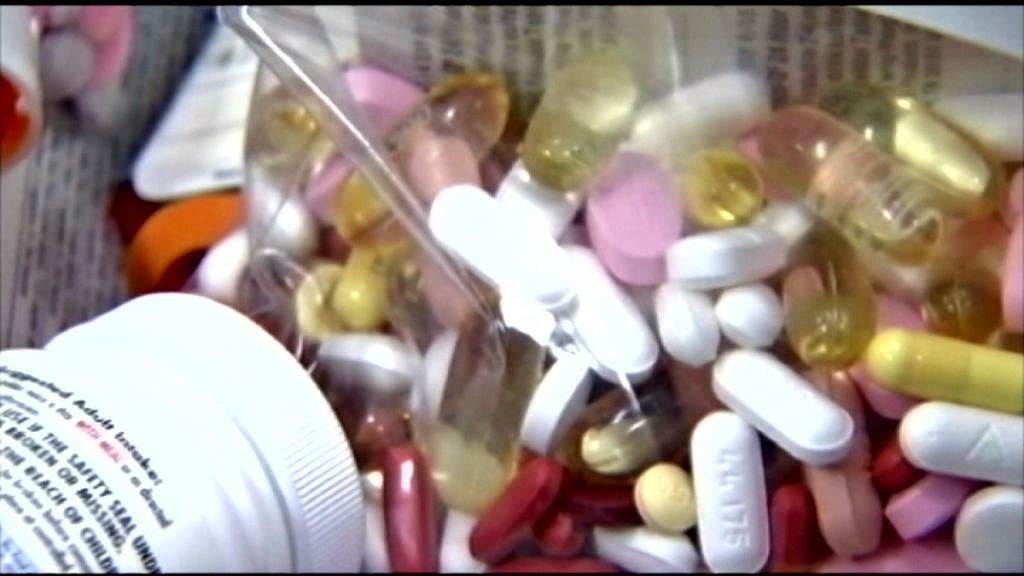 If the disease is provoked by bacterial infection, a purulent form is found, a course of treatment with antimicrobials should be taken. Choose a specific program, first identifying what the agents of infection are sensitive to. If pericarditis is triggered by tuberculosis, it is necessary to undergo a six-month treatment( sometimes longer) with special funds from tuberculosis. Usually they combine several names( up to three).If a tumor is detected, an immediate introduction of a special medication directly into the pericardium is required.

In this case, the palpable heart is treated with glucocorticoids. Proper use of the drug provokes resorption of the exudate. The greatest effectiveness of therapy shows if the disease is triggered by allergy, systemic pathology. 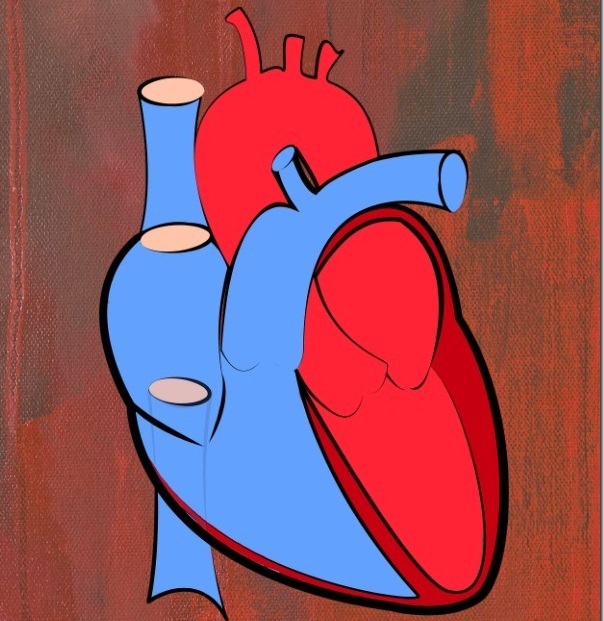 If exudate accumulates very quickly, cardiac puncture is required to prevent tamponade. The doctor removes the accumulated volumes. Sometimes such an exercise is required if the process of resolution is too slow( half a month or more).In the study of puncture, specialists can more accurately establish the primary cause of pericarditis.