Mast cells are what?

In modern medicine, structures such as mast cells are quite often mentioned. This is a kind of white blood cells that are in a mature state located in the connective tissues and are part of the immune system.

Of course, some people are interested in more information. What do such structures represent? What are their main functions? How is degranulation of mast cells? The answers to these questions will be interesting. 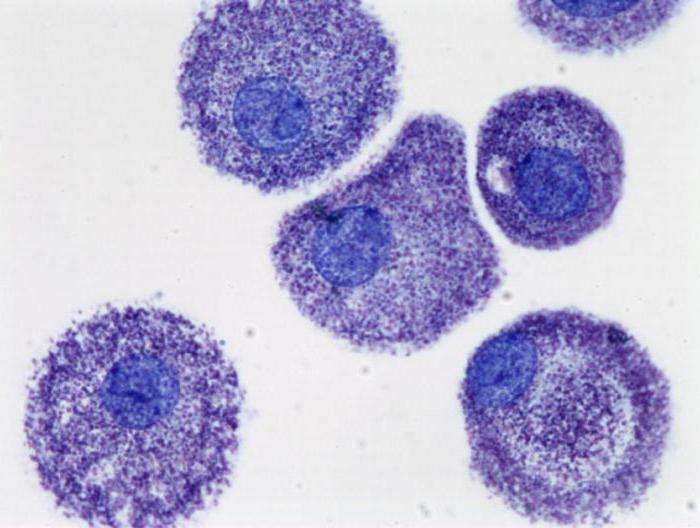 Mast cells are one of the types of granulocytes. For the first time these structures were described in 1878 in the doctoral dissertation of Paul Erliz. At that time, scientists believed that these cells exist in order to provide nutrition to surrounding tissues( because of the presence of granules in the plasma).That's why they were called mast cells( mast in German means "fatten").Only later it was proved that the cells are part of the immune system.

Mast cells are similar in structure to basophilic granulocytes. By the way, they come from myeloid stem cells. But if the basophils leave the bone marrow completely ripe, the mast cells circulate in immature form and ripen only after they exit and implant into the tissue.

Mast cells are concentrated in places that are prone to injury and infection. For example, there are many around nerves and blood vessels. Mast cells in large quantities are located in the skin, mucous membranes of the lungs, conjunctiva, tissues of the oral cavity and the rest of the digestive tract.

Information on the structure of mast cells

As already mentioned, mast cells are a kind of leukocytes, in particular granulocytes. Therefore, their structure is quite common - a membrane, a nucleus, a cytoplasm, in which various organelles are enclosed. 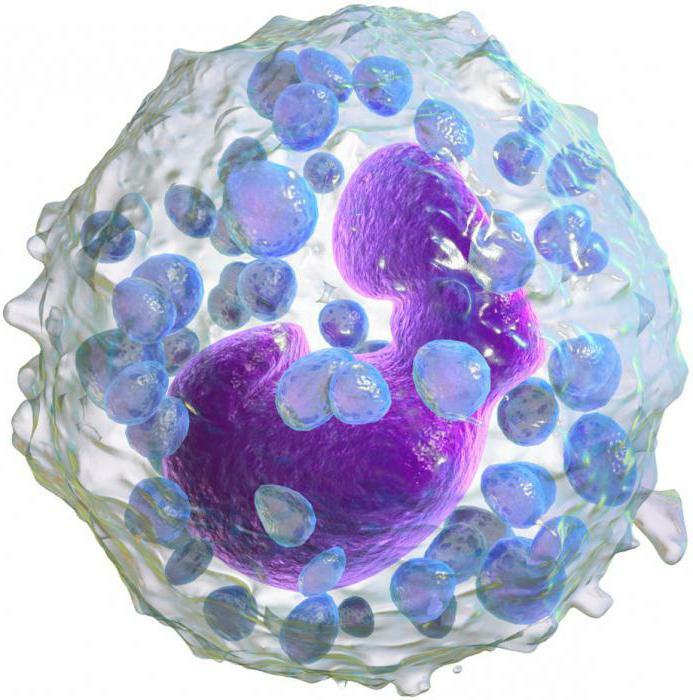 On the surface of the membrane there are special recipes that react with immunoglobulins E. Despite the fact that these cells are small, on the wall of each of them is about 50-300 thousand receptors. In the cytoplasm of mast cells are granules, in which biologically active substances accumulate, including proteases, heparin, histamine. 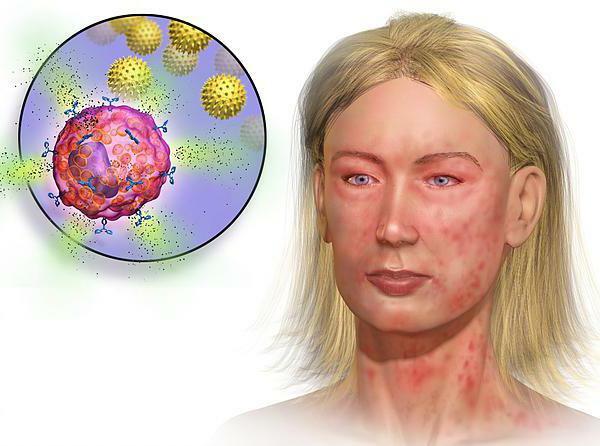 What is the role of these structures in the vital activity of the body? In fact, mast cells( mast cells) perform important functions. Structures are part of the immune system, so they provide an appropriate response to infection of tissues. In addition, degranulation of mast cells is observed when the allergen enters the body. 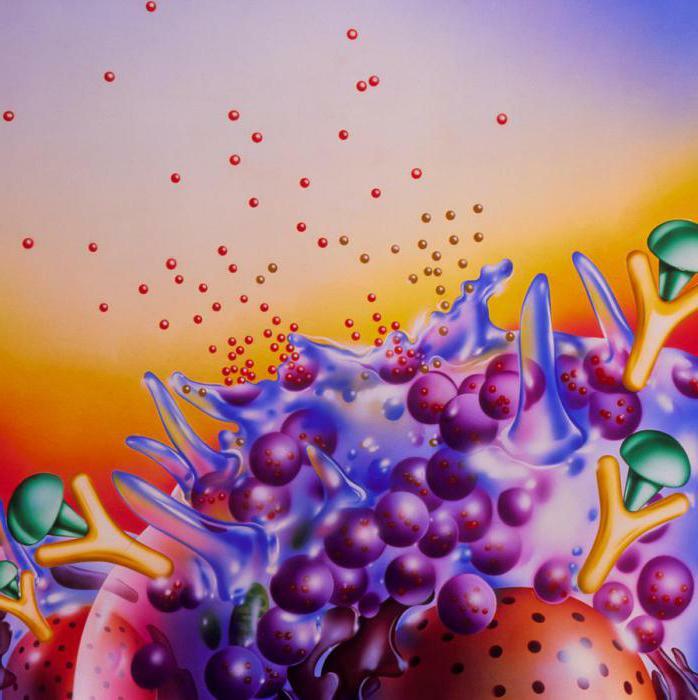 Mast cells are structures that play an important role in the development of the inflammatory process and allergic reactions. The process of activation of these structures is called degranulation.

As already mentioned, on the surface of mast cells are highly specific receptors for immunoglobulins E, which are produced by other cells of the immune system and play the role of antigens. Binding of these proteins and receptors is inevitable - very soon the human fat cells turn out to be literally plastered with immunoglobulin molecules.

If a receptor on a mast cell membrane binds to two or more immunoglobulin E molecules( proteins are joined by cross-coupling), this triggers degranulation processes. Human mast cells are activated, after which a complex of certain mediators is isolated into the intercellular space, which are normally contained inside the cell granules( hence the name "degranulation").

As already mentioned, mast cells are structures that provide the development of inflammatory and allergic reactions. Degranulation processes can be triggered by various factors, including:

As already mentioned, human mast cells release a specific set of mediators during the process of degranulation. These substances are very many, and each chemical compound has unique properties. There are several groups of mediators.

These are biologically active substances that have a specific effect on the cells and tissues of the human body, triggering a whole cascade of reactions. For example, the action of mediators is caused by the appearance of edema in the course of an allergic reaction.

Histamine and its features 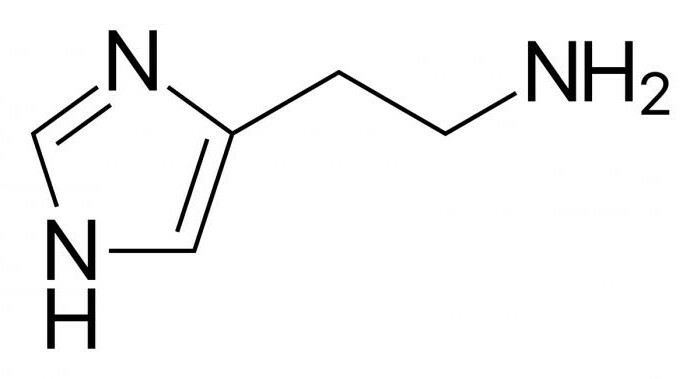 Mast cells are important structures that react to the penetration of potentially dangerous substances into tissues. And one of the important mediators released by mast cells is histamine.

This is a biogenic amine, which is called the mediator of allergic reactions of immediate type. Normally, he is in an inactive, bound state. The amount of free, active histamine increases against a background of various pathological processes, including burns, frostbite, urticaria, anaphylactic shock, hay fever and other allergic diseases. This mediator is highly active and affects various tissues and organs: 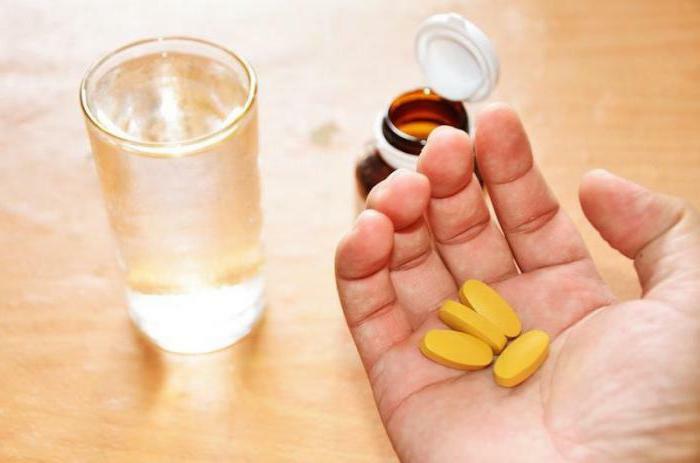 Undoubtedly, in the process of degranulation it is of great importance for the body, as it helps the immune system cope with various infections. Nevertheless, in some cases, active release of mediators, including histamine, is dangerous( for example, in anaphylactic shock and other allergic reactions).It is in such cases and used stabilizers of membranes of mast cells.

It has been proven that some substances can block the release of histamine and other mediators of allergy. Stabilizers block the conductivity of the channels of the cell membrane for chloride ions, inhibit oxidative phosphorylation processes, and also prevent the entry of calcium ions into the cell, which is necessary for degranulation. To the list of such means carry ketotifen, kromoglikat sodium, and also nedokromil sodium. Medications containing these substances are used to relieve the symptoms of an allergic reaction and normalize the functioning of the immune system.