This article is about a relic tree that came to us from the Mesozoic era. This is a unique plant that has come down to our time, his relatives are already considered long lost. The ginkgo tree, whose photo is before you, is considered to be a contemporary of dinosaurs. 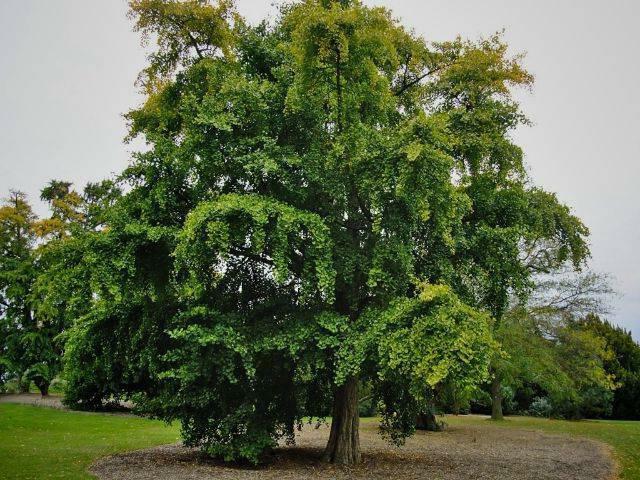 Representatives of traditional medicine of Japan and China composed legends about this plant, and it is not surprising that modern medicine and folk healers up to the present admire his abilities to heal a person.

Ginkgo is a tree up to 20-35 m in height. Sometimes it is possible to meet some specimens that reach 50 meters. Biloba has a well-developed root system, it is not dangerous for soil erosion.

Ginkgo tree, photo of this beautiful plant you can see right in the article, elongated and slender, having a crown of pyramid shape, with bare long branches.
This kind of a young plant. Over the years, the crown begins to expand, while at the same time the top is blunted. The leaves of the ginkgo biloba tree are petiolate, bluish-green in color, fan-like. The tree belongs to mysterious plants. Among them there are male and female individuals, it is two-sided. 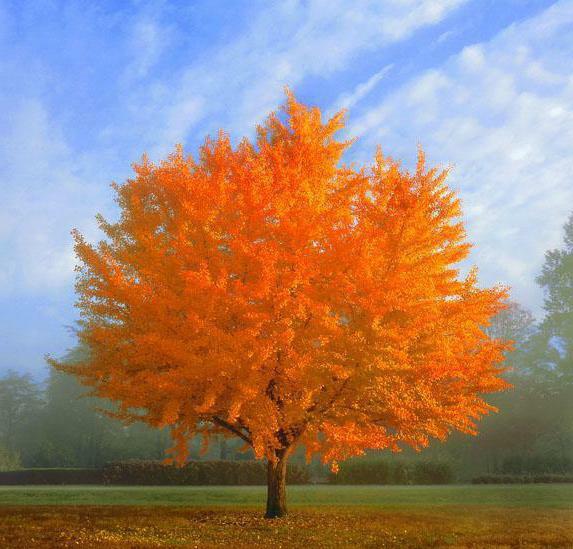 It is very interesting to see what kind of leaves the ginkgo tree has in autumn. They make their plant beautiful autumn in their beautiful golden color. Young people of Japan, worshiping the divine trees, collect foliage, then guess at it.

Ginkgo leaves are recognized and valued in many countries for their unique healing properties. They are used in the manufacture of valuable medicines, as well as folk medicines. Healers at home prepare alcohol and water infusions, phytotea, which for people are much cheaper than various imported medications. 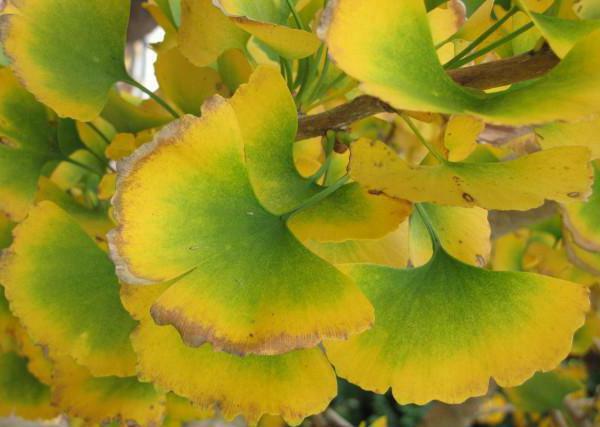 Among the medicinal plants the leaves of ginkgo stand in the forefront, for the first time they are mentioned more than 5000 years ago by Chinese healers.

Ginkgo biloba leaves are harvested throughout the growing season, but the most salubrious is the yellow autumn foliage. 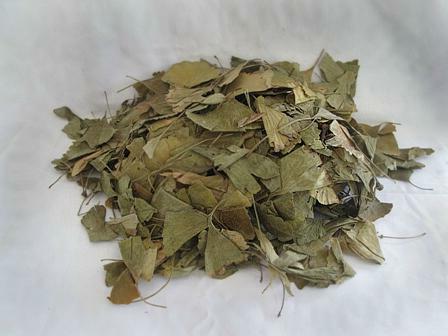 Collection is by car or by hand. To get dried raw materials, use dryer-drums, at home - the oven. During the drying, the color of leaves remains green or yellow, depending on when it was harvested.

Ginkgo is a plant that prolongs youth

Many people, in order to prolong the work of the brain, resort to medical products based on the tree of ginkgo biloba. Eastern folk medicine used them to prolong youth with excellent health many years ago.

Ginkgo is a tree of youth, it got this name for unusual powerful properties that can influence the aging process of the human body. This is one of the best means by which you can stop the aging of the body as a whole. It improves blood circulation and mental ability, which is especially noticeable for people after the age of 40.

The healing properties of ginkgo biloba

Scientists began to study the unique healing properties of the ginkgo biloba tree back in the sixties of the twentieth century. They began to gather a grain of data on its curative strength, as well as to conduct research on how this plant works on the entire human body.

A wonderful ginkgo is a tree containing a number of substances that have no analogues in the whole world. The whole point is that these elements exclude allergy in people undergoing treatment with drugs based on ginkgo biloba. It is a very strong antioxidant. Its action is more powerful than vitamin E many times. 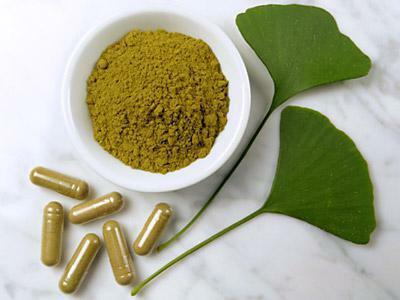 Healing properties of ginkgo are as follows:

Ginkgo biloba was considered an energy tonic by folk healers and was recommended for people who have problems with blood supply to improve the work of the brain and heart. This was and is currently a folk remedy for diabetes mellitus, vegetovascular dystonia and multiple sclerosis, use it with hearing loss and poor vision. Seeds of ginkgo are a wonderful anthelmintic remedy, and also work well for peptic ulcer.

Drugs, which includes ginkgo biloba, are considered to be the most widespread among the population of European countries, including in Russia. In addition to the drugs sold in pharmacies, you can prepare the medication yourself at home, using the recipes of traditional healers.

At home, a medicine from ginkgo leaves is prepared in two ways: infusion and tincture on vodka or alcohol.

In order to make the infusion, we need dried leaves of ginkgo biloba. Take one tablespoon of already crushed raw material, pour it 0.25 liters.boiling water, then insist an hour and strain. Ready infusion during the treatment should drink 100 ml.three times shortly before meals. The course of treatment will depend on how effectively it passes. Usually such a potion is recommended to drink for two months.

In case of serious disorders of brain activity, as well as in case of impaired blood circulation of the brain, a vodka or alcoholic tincture of dried ginkgo leaves is used as a therapeutic agent. It is not difficult to prepare it. It is necessary to take 0.7 liters.strong vodka or alcohol and pour 50 g of crushed leaves. After that, the container should be closed and put in a dark place for two weeks, periodically shaking, so that all useful properties of the leaves could go to vodka. After 14 days, the product must be filtered.

Take no more than twenty drops( one teaspoonful) at a time, before that you should dilute a little with water. Drink the medicine three times a day before meals. The course of treatment is thirty days. After two weeks of break, if it is necessary, you can repeat the reception of the tincture. In very serious cases of violation of health, the course can be extended to three months.

In the treatment of tuberculosis and respiratory organs in the herbalists in the first place is ginkgo biloba. The tree, whose use for medicinal purposes is so broad, can really be called a miracle of nature. Treat tuberculosis with a decoction of dry leaves of the plant. A tablespoon without the top of the raw material is poured into a thermos in 300 g of boiling water and is insisted for two hours. For medicinal purposes, take a decoction of 0.5 cup for 30 minutes before meals three times during the day. Drink a decoction thirty to sixty days in a row. After the expiration of the first month of receiving such a remedy, the result from this treatment will already be seen. 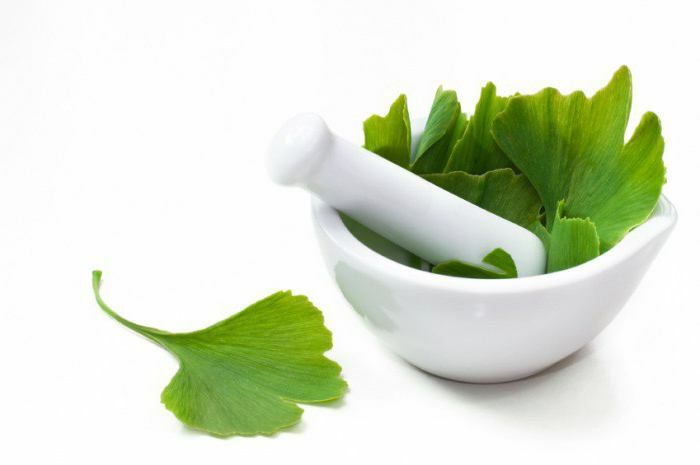 Traditional healers for the prevention and treatment of heart and vascular diseases apply therapeutic mixtures, which includes ginkgo. The tree of this species has proved itself from a very good side. To prevent myocardial infarction, the recipe of "Ginkgo-honey", which is prepared in the following way at home, is widely distributed. Ingredients: 0,5 kg.fresh ginkgo leaves, 0.5 liter can of quality honey. Shredded leaves are mixed with honey. The mixture is stored in a refrigerator. Eat a teaspoon a couple of times a day.

The unique means of motion sickness in transport

. As the ginkgo biloba tree looks like in the eyes of ordinary people, it is clear: it is beautiful and unusual. But folk healers regard it as a wonderful natural remedy. Effectively its use in motion sickness in transport. Leaves and in this case are taken for the preparation of a unique remedy. To make it, you will need:

Pre-shredded ingredients carefully mix, then pour the collection with one liter of water, bring to a boil and cook for about three minutes. After this, let the broth steep for ten minutes. Strain. It is recommended to take 0.5 glasses of potion three weeks in a row. After a seven-day break, treatment can be repeated.

Very rare cases of side effects from taking medications on the basis of ginkgo. The tree and its foliage do not pose a threat to man, since it is non-toxic. 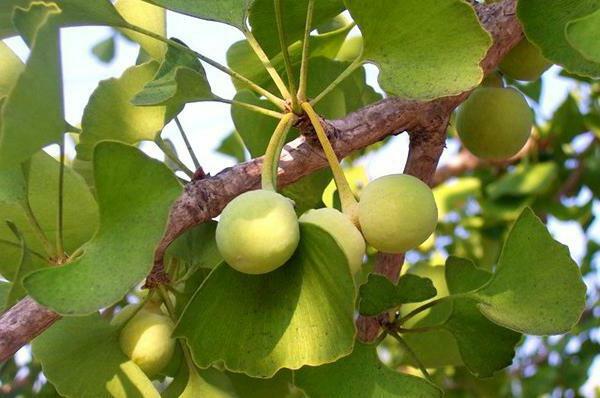 But you can not use medicines, which include ginkgo biloba, in all cases. This includes the intolerance of this plant, which leads to severe allergic reactions. Do not allow the admission of such medications to pregnant and lactating women, as well as children who are under 16 years of age. It is strictly forbidden to use drugs based on ginkgo to people with epilepsy.

Before starting treatment with ginkgo biloba preparations, a doctor's consultation is absolutely essential.