"Breakage" of one gene can lead to the development of very serious diseases, while curing them completely impossible. One of such pathologies is Kalman's syndrome. This syndrome occurs mainly in men, although it is also sometimes found in female representatives.

General description of the disease

Kalman syndrome is a hereditary pathology that is transmitted by an autosomal recessive, autosomal dominant, X-linked gene.

The disease is characterized by abnormalities of the hypothalamus and pituitary gland. At the same time, the former produces an improper releasing factor. It, in turn, helps to reduce the production of gonadotropin in the pituitary gland. The normal functioning of the gonads becomes impossible.

Causes of the pathology development of

Kalman syndrome is a genetic disease that can be provoked by anything. The main cause of the development of pathology is the wrong mix of male and female cells during conception. That is, one of the cells contained a "broken" gene, which gives a high probability of further manifestation of the disease in the child. 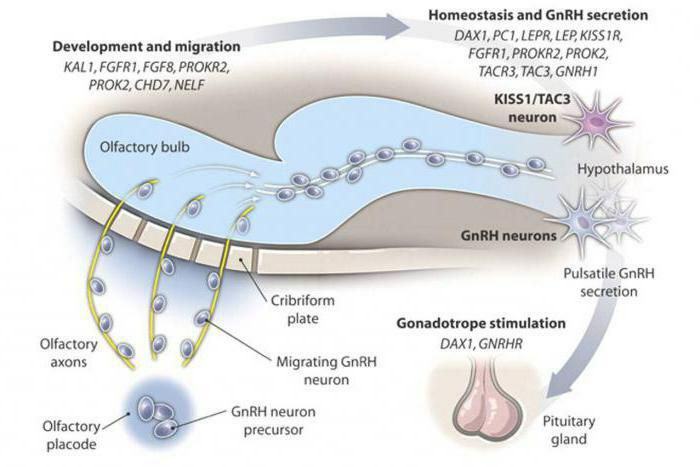 Naturally, the external factors can influence the deterioration of the quality of the genetic core. The main one is the ecological situation. Long-term interaction with chemicals can also cause various mutations. Kalman's syndrome may manifest itself too clearly or be expressed in small deviations from the norm.

The presented disease has specific features, so it is easy to distinguish it from other pathologies. If a patient has Kalman's syndrome, the symptoms may be: 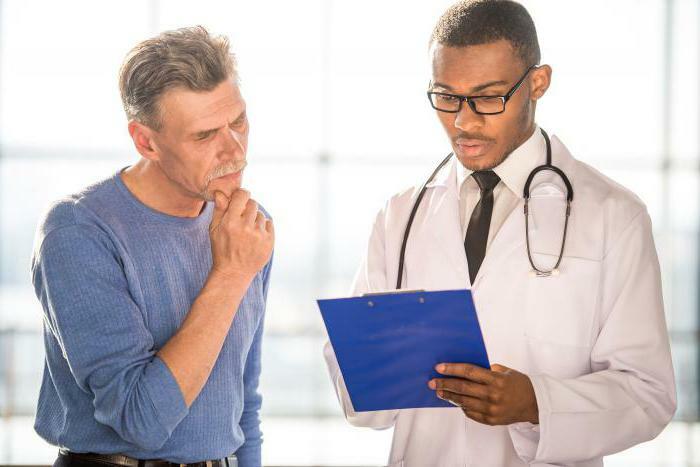 These signs can be expressed significantly or slightly. Everything depends on the degree of disruption of the hypothalamus and pituitary gland.

Kalman syndrome( photos of patients presented on specialized medical topics show obvious deviations in the structure of the male body) is not a very common disease. However, one should pay special attention to its diagnosis. It provides for the implementation of such actions: 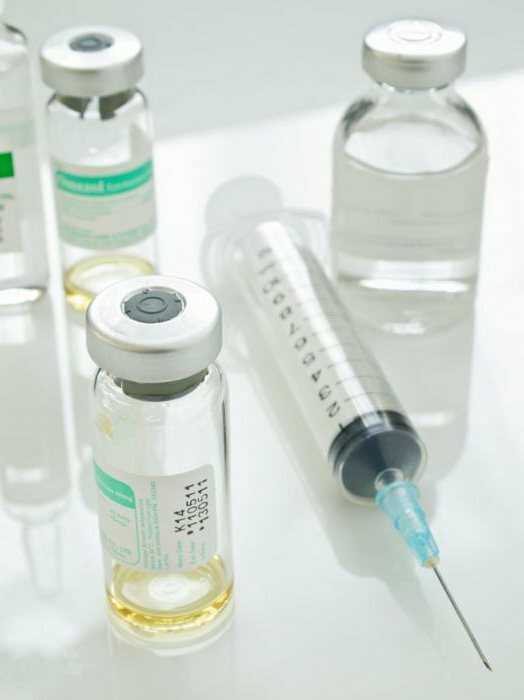 Because the pathology is genetic, you will not be able to completely get rid of it. However, therapy is necessary. Immediately after the diagnosis is made, the patient is started to inject testosterone. The procedure is carried out for several months.

Thanks to this therapy, specialists can achieve improvement in the overall well-being of the patient, increasing sexual desire. In addition, verilization is achieved. After that, the doctors continue therapy aimed at restoring the possibility of producing mature sperm. In this case, it is no longer testosterone, but gonadotropins.

Please note that if a man has been diagnosed with "Kalman's syndrome", the treatment will have to be carried out for life. It will help maintain secondary sexual characteristics and restore a relatively normal life. However, if a patient with such a diagnosis decides to have children, he should definitely turn to the genetics. The risk of a child with a similar pathology remains very high. In the rest - with a small amount of symptoms and proper therapy - the patient can lead a perfectly normal life.

With regard to prevention, it practically does not exist. Naturally, it is desirable to avoid those factors that can lead to a "breakage" of the gene. Be healthy!