Doctors often have to deal with a problem such as necrosis. The types, causes and treatment of this disease can be safely attributed to the category of current information for modern society. After all, with the symptoms of necrosis of tissues and cells, a lot of people are confronted. And sometimes the result of such a process can be a lethal outcome. Therefore, to study this issue makes sense.

This term implies the necrosis of cells in the human body with the final stoppage of their functions. That is, the vital activity in a certain part of the body after the completion of necrotic processes is no longer possible. 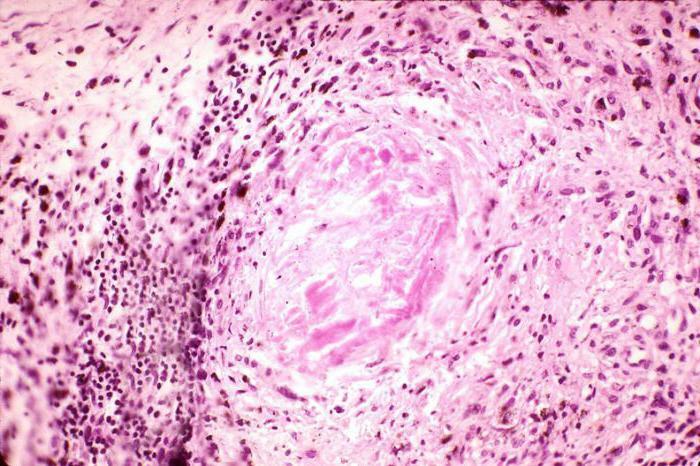 Virtually all types of necrosis appear due to the influence of an extremely strong stimulus. Sometimes a weak stimulus leads to such a state. In this case, the exposure should be prolonged to cause serious damage. As an example of slow development, it is necessary to lead the transformation of reversible dystrophy into irreversible. This process is divided into several key stages. It is about paranecrosis, when the changes are still reversible, necrobiosis( the changes are irreversible, but the cells are still alive) and necrosis, in which autolysis occurs.

Under autolysis is to understand the fact of self-digestion of tissues and cells that died due to the effects of certain enzymes. In fact, this process is very necessary for the body, since it makes possible complete healing after necrosis.

The impact of various factors

Studying this topic, it will be logical to pay attention to the factors that may lead to different types of necrosis. Their list is as follows:

- Mechanical. These are ruptures, squeezing, crushing.

- Circulating. It's about stopping blood supply in a certain area of ​​the body due to obliteration of the vessel or a prolonged spasm. The vessel can also be too strongly compressed by a tourniquet or blocked by a thrombus. It is impossible to exclude the effect of the tumor.

- Electric. When contact with the current on the body can affect the critical temperature, causing necrosis of cells. 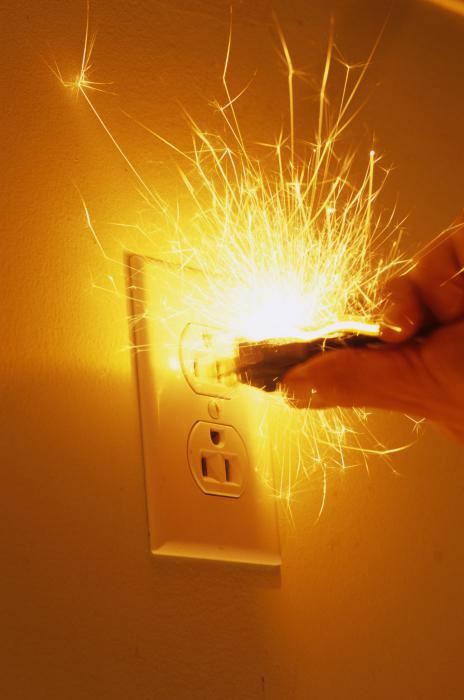 - Toxic. Certain types of necrosis can result from the disintegration of microorganisms or the effects of their products of vital activity.

- Neurogenic. Due to damage to the nerve trunks of the spinal cord, trophic ulcers are formed.

As you can see, the state of cells can be affected by a variety of factors.

The necrosis of tissues and cells can manifest themselves in different ways. And the differences are sometimes significant. Here are the most common types of necrosis:

- Gangrene. This is the necrosis of tissues that come in contact with the external environment. It can be dry( coagulation necrosis) or moist( colliquated tissue destruction).There is also a gas form due to the action of spore-forming microorganisms.

- Sequester. This necrotic area, which is located in a sequestral cavity, separated from healthy tissues and filled with pus.

- Heart Attack. Studying the necrosis, definition, types and features of this disease, this form should be given attention without fail. This is a site of an organ or tissue that has undergone necrosis due to a sharp cessation of blood supply. In fact, we are talking about ischemia. It is for this reason that necrosis is often called ischemic. 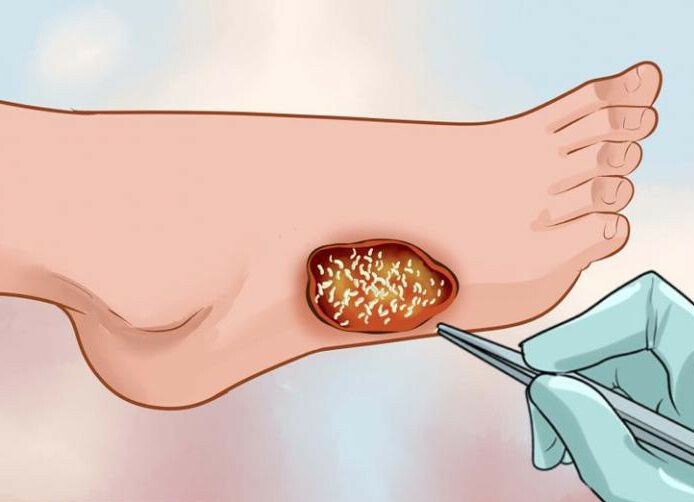 - Wet, it's also collisional. In this condition, unable to function, tissues are melted by putrefactive microorganisms.

- Dry necrosis( coagulation).Its development is based on tissue dehydration and protein coagulation. The tissues themselves become dense, wrinkled, atrophic and dry at this form of necrosis. This form is difficult to hydrolytic cleavage and most often occurs under aseptic conditions.

Direct and indirect forms of necrosis

Considering necrosis, causes, signs, types and examples of this disease, it is worth paying attention to two manifestations of this problem, the main difference of which is the mechanism of occurrence.

The first of these is direct necrosis. For this process, it is characteristic that cells die directly in the place where the damaging agent acts. It can be a mechanical or chemical trauma, the effect of radiation energy, bacteria, as well as the toxins that they produce. This includes allergic necrosis and those injuries that are the result of the destructive effects of highly concentrated alkalis and acids. 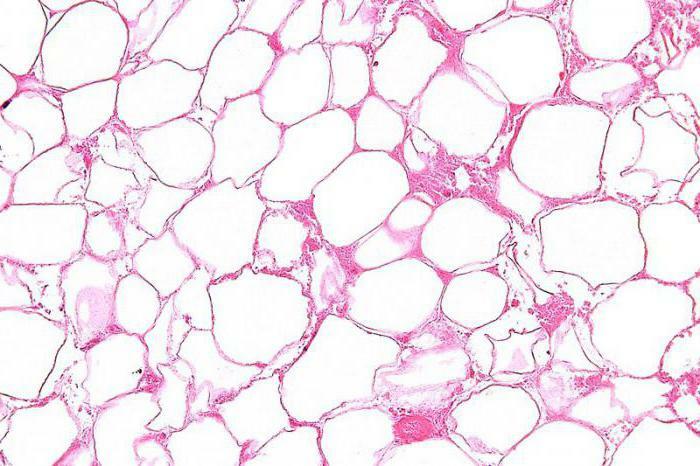 Indirect necrosis looks somewhat different. The main difference is the fact that the process of tissue and cell death can occur at a certain distance from the place where the damaging agent acts. Here it makes sense to include such types of necrosis as trophinoneurotic and vascular.

It should be noted that at an early age is more common direct form of tissue damage, which is due mainly to allergies and various microbial factors.

The effect of apoptosis

This is a special form of manifestation of cell and tissue destruction. She needs to pay attention, if the goal is to understand what necrosis is. Apoptosis, the types of destruction discussed above, leaves aside because of its unusual pattern of development. The bottom line is that the death of the cell in this case occurs because of the activation of special genes in the nucleus. In fact, she is suicidal. There is no longer any question of outside influence, the destruction is programmed by the body itself.

The reason for including apoptotic genes is the activation of the cytoplasmic protein p53, which is able to adapt to the most diverse factors of the extracellular environment. Spontaneous similar process can be with different mutational rearrangements of genes.

From ordinary necrosis, apoptosis is distinguished by the fact that the destructive process begins immediately in the nucleus of the cell, and only then the death of the cytoplasm is recorded. With the classical form, everything happens the other way round: cytoplasm is the first stage of damage, and the nucleus is the last. 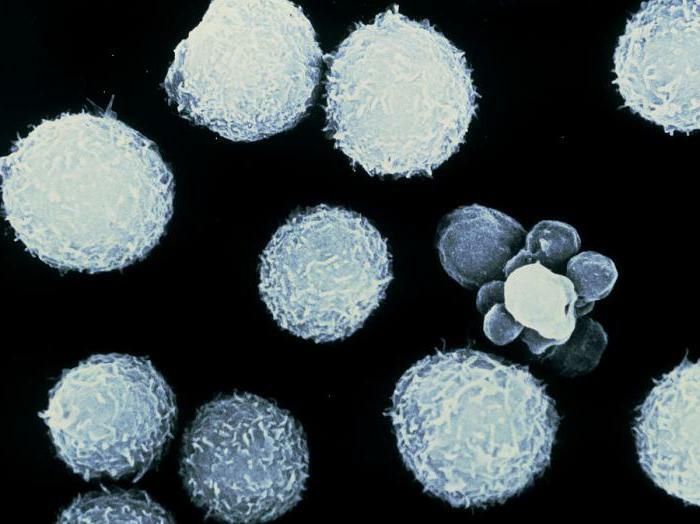 Another difference is that when apoptosis kills individual cells throughout the body, while conventional necrosis implies a large focus of destruction.

Information on a problem such as necrosis( stages, species, outcome) will not be of much use if the necrosis of cells or tissues is not detected in time. Therefore, the fate of the patient largely depends on professional diagnosis.

If there are grounds for suspecting necrosis of internal organs, then the following tests should be performed: 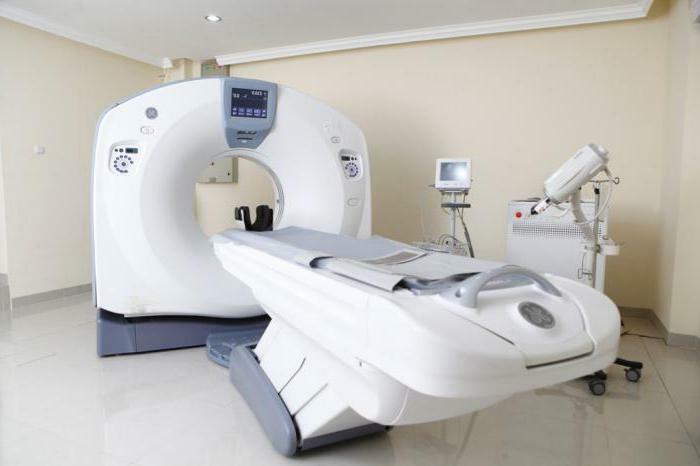 This problem, like the necrosis of tissues, can have several logical completions.

The first is the resorption of necrotic tissue, after which it is completely restored. An example is healing of small areas of necrosis in the liver or on the skin.

Considering the necrosis, stages, species, proceed with the consequences of this disease as a whole, you need to pay attention to the fact that sometimes the process of cell death ends with resorption with the formation of a scar. This can be a scar on the skin after exposure to thermal or chemical factors, as well as a trace on the heart tissue, especially when the myocardial infarction was transferred. 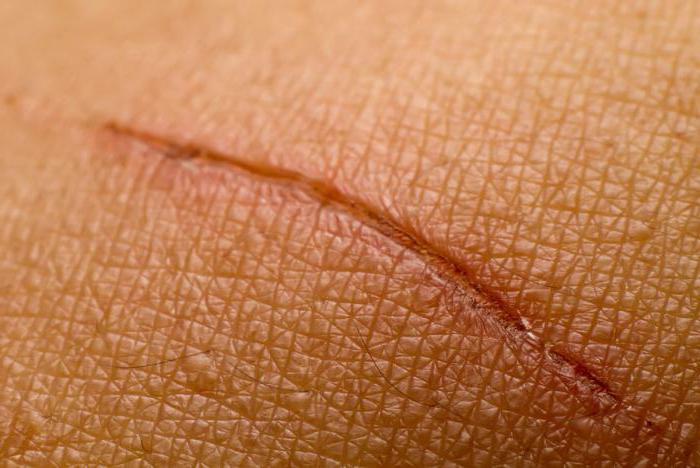 In some cases, the resorption process may result in the formation of a cyst. This often occurs in the brain after an ischemic stroke, which was in the form of a heart attack.

Another possible outcome of necrosis is rejection by type of mutation or sloughing. In the first case, we mean the process of rejection of organs or parts thereof. An example is the loss of toes with gangrene. Eruptions may also occur in the intestinal epithelium or epidermal cells that have died.

As the next outcome of necrosis, it is possible to determine the encapsulation of this process. Such a state of tissues is observed when it is impossible to resolve or reject them. Such a result is possible with tuberculosis.

The last and most severe form that the outcome of this disease can have is a total death. The reason for this termination of the necrosis process may well be some kind of necrosis due to the etiologic factor of exposure - from chemical damage to heart attack. 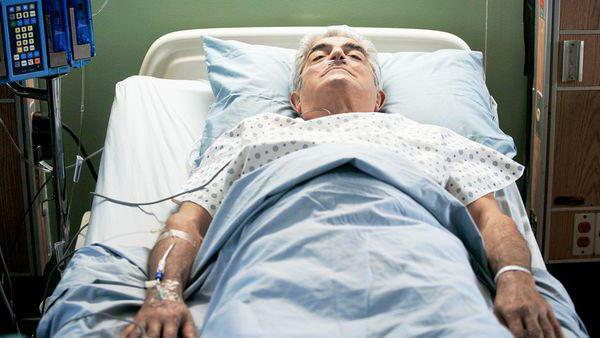 The death of the whole organism can include two stages: clinical and biological. In the first case, the process can be reversible, in the second chance there is no positive result - breath disappears, cardiac activity disappears and blood movement stops.

The cause of clinical death can become massive blood loss, shock and agony.

If necrotic changes in tissues have been diagnosed, then it is mandatory to hospitalize in a hospital.

Most often, to achieve the desired result, drug therapy is used, aimed at restoring blood flow in the affected area of ​​the body, be it an organ or tissue. If necessary, detoxification therapy or administration of antibiotics can be carried out.

In some cases, the only relevant measure is surgical intervention, which amounts to the excision of dead tissue or amputation of the limbs.

But depending on the form of the disease, treatment can have significant differences. In particular, the most frequent form of necrosis is the vascular, it requires a special approach, since it is actually a heart attack.

In the case of diagnosing extensive chest necrosis and limbs that significantly disturb the nutrition of cells, lympho- and blood circulation, as well as innervation, necrotomy is performed. This is a dissection of tissues that died due to frostbite, burns and other reasons. With its help, you can quickly transfer wet gangrene into a dry one. 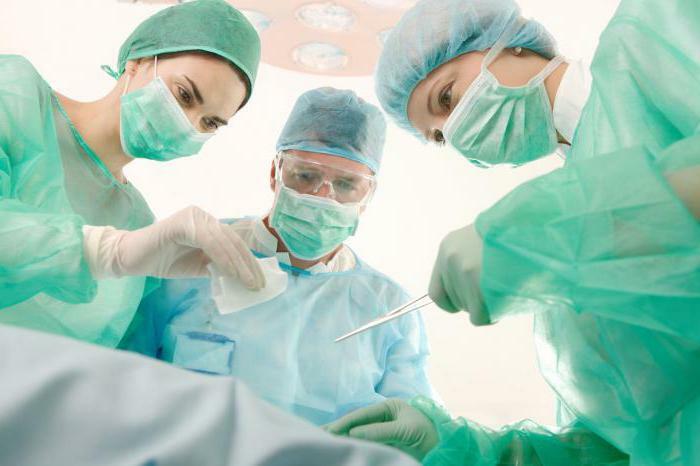 This excision and removal of dead tissue is carried out only after determining the boundaries of necrosis using a mechanical stimulus. This can be a touch with a metal ball, a surgical instrument or a needle prick from a syringe.

With dry gangrene, the operation is sometimes delayed until the necrotic tissues are completely delimited. In parallel with this, it is necessary to conduct competent prophylaxis for the development of moist gangrene.

In order not to face such a dangerous diagnosis as necrosis, it is necessary to initially take care of preventing the effects of those factors that can damage tissues and cells, thereby triggering the process of their necrosis.

Having examined the types of necrosis depending on the causes and other factors, it can be concluded that this disease is extremely dangerous and requires a high-quality rapid diagnosis. Without professional treatment, the situation will be difficult to change. Therefore, the best thing that can be done with the first symptoms indicating necrosis is to immediately visit the doctor.