Blue nevus of Jadassona - Tiche is a small, newly acquired lesion that occurs on the skin. Such growths have a specific blue or dark blue coloration. Usually a blue nevus appears only in isolated cases. However, there are situations when there are many neoplasms. 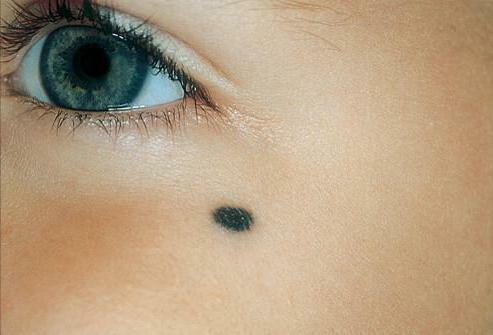 What is this ailment?

Blue nevus is a mole that belongs to benign lesions on the skin. However, there is a risk of degeneration in melanoma. There is a nevus usually in people of a certain group. As a rule, this new growth is formed during puberty.

Such moles are characterized by slow development and growth. At the same time, neoplasm does not cause feelings of discomfort in a person. It is for this reason that a blue nevus for a long time can grow imperceptibly for the patient. It is worth noting that this phenomenon is more common in women.

When treating such neoplasms, specialists resort to expectant tactics. In other words, removal of the nevus is carried out only with significant increases in size. Also, any changes that indicate its degeneration into a malignant tumor can serve as a reason for eliminating such a mole. 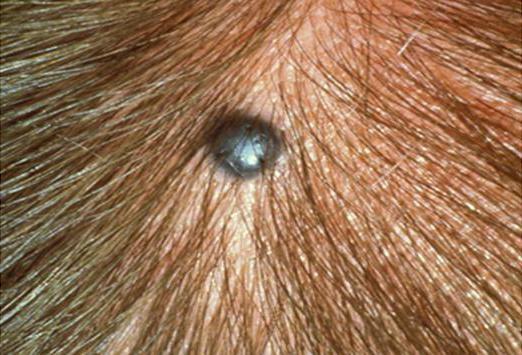 What is a nevus, we figured it out. Particular attention should be paid to the causes of its occurrence and symptoms. Externally, this neoplasm is similar to a nodule that has arisen inside the skin. In this case, it has clear boundaries and has a spindle-shaped, oval or rounded shape. As for the sizes, the diameter of the blue nevus can not be more than 1 centimeter. In some situations, this indicator varies.

How to distinguish from other neoplasms nevus? The mole has a blue-black, dark-blue or blue color. To explain such a specific hue can be a large accumulation in the layers of skin of a large number of melanin. It seems that this is not a nevus, but a foreign body.

The main signs of the disease

Blue nevus is not only notable for its color. This mole has a smooth surface. This place does not grow hairs. The neoplasm has an elastic and dense consistency.

Most often it occurs on the back of the hands or feet, on the buttocks, legs and forearms. It is extremely rare to see a blue nevus in the mouth or face. Usually the development of such a neoplasm proceeds asymptomatically. The mole does not cause itching, pain and discomfort. Only in some cases the blue nevus interferes - when located in those places where there is a risk of its mechanical damage.

If the neoplasm begins to transform into melanoma, then it can be determined independently. In this case, the blue nevus increases in size, a clear boundary disappears, and unpleasant sensations arise. 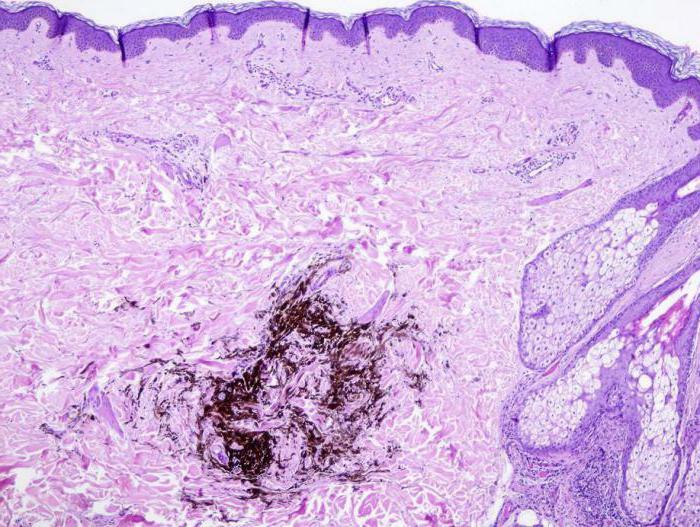 At the moment, there are several forms of nevus: combined, cellular and simple. The latter is characterized by the presence on the skin of one blue birthmark, the diameter of which is not more than one centimeter. The surface of this nevus is smooth. As for color, its range is from light gray to black and blue. Simple nevi are usually located on the arms, neck and face. However, neoplasms of a similar plan may appear on the mucosa of the mouth, the vagina and the cervix.

The cellular nevus is large in size. Its diameter can be from 1.5 to 3 centimeters. The mole has a dark blue color and an uneven surface. Because of such signs, the nevus is often taken for a tumor that has a malignant origin. Most often, a blue birthmark appears on the surface of the hands, on the feet, on the buttocks and lower back.

As for the combined form, it is a combination of a simple blue nevus with a complex pigmental or with a border intradermal nevus. 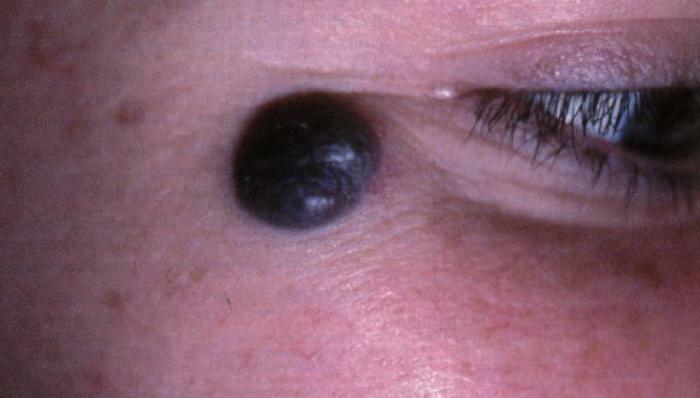 How is the diagnosis

Due to the specific color of the blue nevus is diagnosed almost immediately. However, more research is needed. Dermatoscopy is performed for a more accurate diagnosis. This is a visual study of the boundaries, structure and depth of the nevus as it increases.

In addition, a syroscopic study is conducted. It allows to study the structure of the blue mole and the distribution of melanin. In some cases, ultrasound of the skin can be performed. This is required for complex cases of differential diagnosis. Such a study allows to determine the depth of germination, as well as infiltrative malignant growth.

In some cases, it is required to determine the accumulation of melanocytes in the layers of the skin. For this, a histological study is carried out. 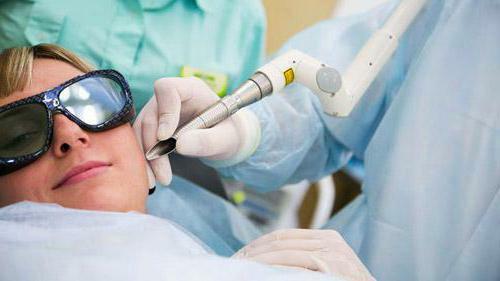 How to treat a blue nevus

Removing a blue mole is not always required. The need arises in pathological flow with some changes. If the nevus began to increase in size and its appearance changed, then it must be removed. The patient should visit the dermatologist regularly and undergo a thorough examination.

Surgical intervention may also be required in cases where there is a risk of mechanical damage to the nevus. Injury of the blue mole can lead to its degeneration into a malignant tumor.

As for the methods for removing blue nevus, there are several of them: using radio waves or a laser, cryodestruction and electrocoagulation. If there are certain difficulties with differentiation from melanoma of the blue mole, then the excision is performed surgically. This procedure is also required when changing the blue nevus in size. Excision is carried out together with fatty subcutaneous tissue, as well as with a small area of ​​healthy tissues. In this case, from 5 to 8 millimeters of the epidermis, located from the visible boundaries of the tumor, is captured. If the blue nevus is on the face, then remove it neatly. At the same time, 3 to 5 millimeters of healthy tissues are captured. After excision of the neoplasm, a histological examination is performed. 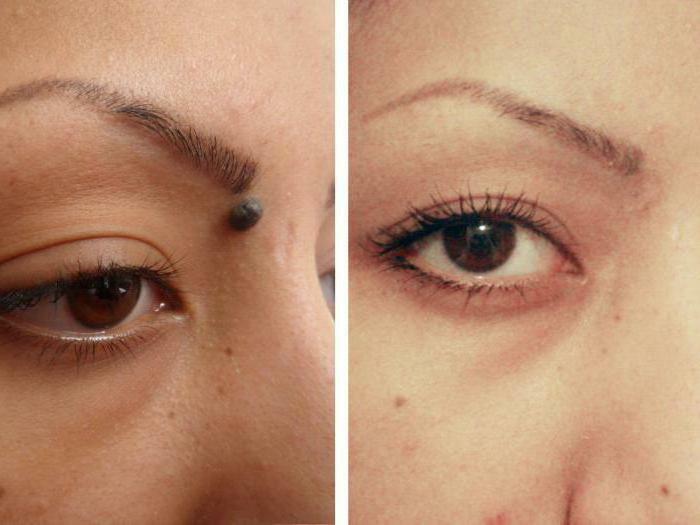 Now you know what a nevus is. It is a birthmark with a specific shade that arises from the accumulation of melanin in the skin layers. At a normal current, neoplasm removal is not required. If the blue nevus began to increase in size or its surface became more rough, then it is necessary to seek help from a dermatologist. Perhaps the tumor has become malignant.