How the Ovulation Test Works: Overview, Features, Instructions and Feedback

Every family wants to have a son or daughter. Nevertheless, most couples try to conceive a child in unsuitable days. How correctly to get offspring? How does the ovulation test work? Now we will try to answer all these questions.

If the family is eager to reproduce the baby, she needs to prepare for the conception. First it is necessary to pass examination at doctors, to hand over analyzes, to get rid of bad habits and to organize high-grade food. 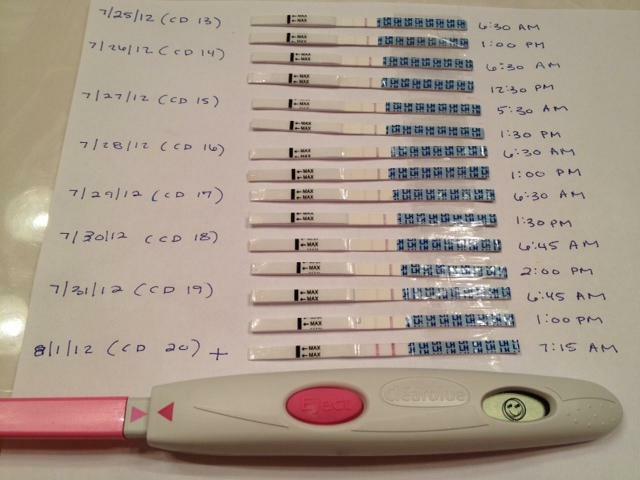 To determine the appropriate days for the birth of a new life will help home tests for ovulation, which can be bought at any pharmacy. Today, there are many options, which we will discuss further.

Ovulation is the release of an ovum from the ovary due to fluctuations in the hormone level. As a rule, this happens 12-16 days before the start of future periods. This process is observed only once in the entire menstrual cycle.

It is known that shortly before ovulation in the female body, an increased amount of estrogen is produced, with the help of which the endometrium appears in the uterus, creating a favorable environment for sperm. 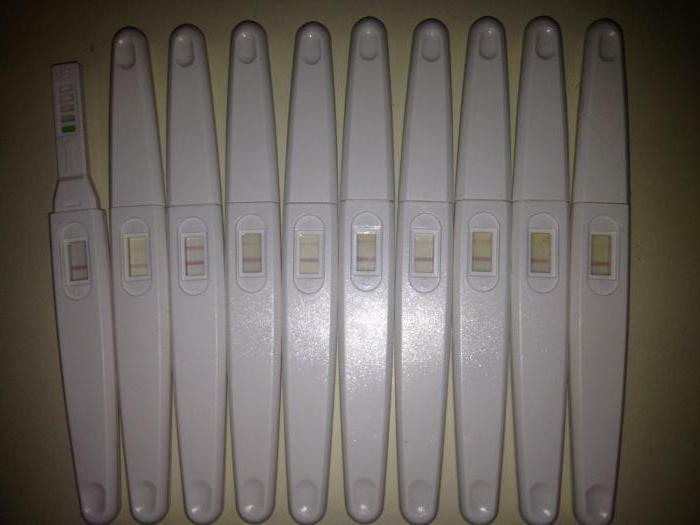 Elevated levels of estrogen provokes an instant increase in the amount of luteinizing hormone( LH).The release of LH promotes ovulation - the release of an ovum from the ovary, which can fertilize only for the next 24 hours. If conception does not occur, the overgrown endometrium from the walls of the uterus exfoliates, and the woman begins menstruation. From this moment it is possible to count the new cycle.

And now we will find out how the ovulation test works. This device reacts to the luteinizing hormone( LH).In the female body, LH is always present in small amounts. Its rapid increase( approximately 24-36 hours before ovulation) initiates the release of the egg from the uterus. With the help of diagnostics, it is possible to determine the moment of the LH surge and thus to find a suitable day for the conception of the baby. 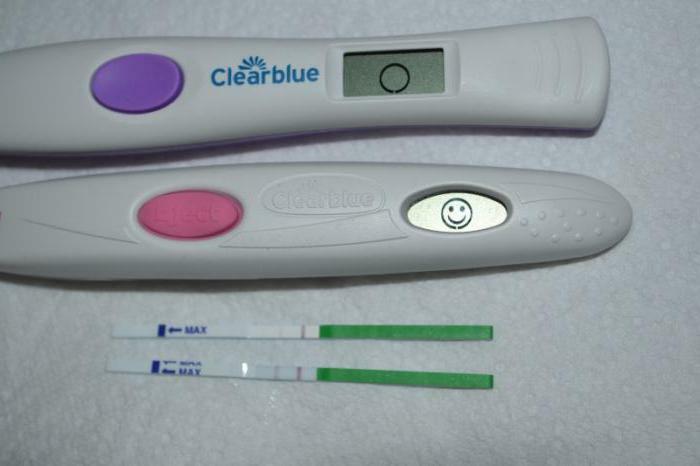 It should be noted that the use of a testing device in the form of a contraceptive is unsuccessful, since in the female body spermatozoa can maintain their viability for about two days. That is why such a way to protect from unwanted pregnancy can be powerless.

So, how does the ovulation test work, we considered. And what is it for? When a woman plans a pregnancy, she must remember that in each cycle there is a limited number of days that are fertile for fertilization. The most effective are just a couple of days in which ovulation occurs, and for each period they are different. Diagnostic devices help to identify them.

Many methods of determining the appropriate time for the emergence of a new life are either ineffective( say, a basal temperature measurement system) or require examination in a hospital( in particular, an ultrasound scan or a blood test).It is known that digital tests( for example, Clearblue) ensure the accuracy of the study to 99%.Thanks to them, women feel confident at every stage of the test. 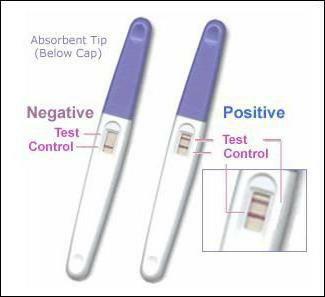 Many people are interested in how the ovulation test works. If you want to reveal the beginning of the reproductive period, you need to have information about your body and menstrual cycle. To determine the duration of the cycle, you need to calculate the number of days from the first day of menstruation to the day preceding the start of the next month. The period of this period for most women is significantly different, but very often it is equal to 23-35 days. The middle of the cycle is considered to be the most productive. Time can only be accurately determined by research.

Features of the application of

Now you know how the ovulation test works. And now we will determine the time of this procedure, which depends on the duration of the female menstrual period. In order to find a favorable day, you need to use the formula "the length of the circuit minus 17".For example, your cycle lasts 28 days. We perform the following calculation: 28-17 = 11.In fact, from the 11th day of the menstrual period, you can begin the test. If the monthly irregular, you need to pick the shortest cycle in six months. 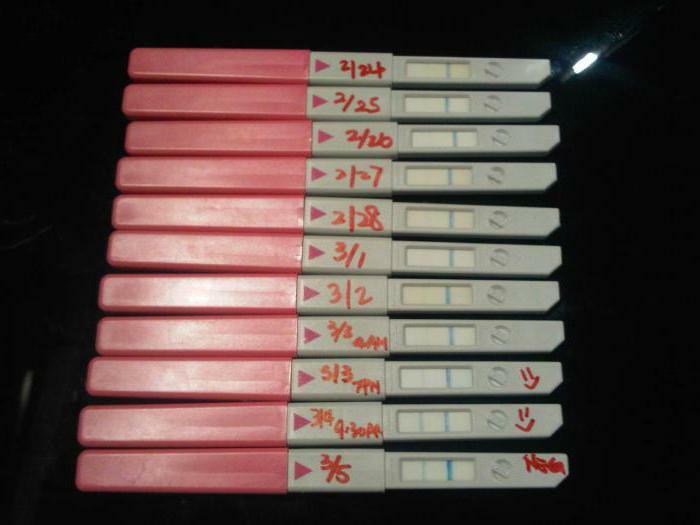 Specialists know how the ovulation test works. The instruction, which is attached to it, fully discloses this information. It says that you need to conduct a study twice a day, so as not to miss the moment when the amount of the hormone will increase maximally. The fact is that in less than 24 hours the level of LH decreases. That's why if a spike in the amount of the hormone occurred in the morning, and you performed the test in the evening, the test will give a negative answer. The accuracy of the study is also affected by certain ailments( especially hormonal disorders), medication intake and excess water intake.

Many have such a device as an ovulation test, species. How to use, the result of application - these questions are of interest to many. Devices that distinguish ovulation are similar to devices that detect pregnancy, determining the level of the hormone in the urine. However, there are also such adaptations that feel the changes in the female saliva: at the time of ovulation, its crystallization pattern is transformed.

Electronic tests resemble a tube of lipstick. They are considered the most accurate. In order to determine ovulation, you need to drop a little saliva on the lens. The importance of its pattern is reported in the instructions. Such tests cost from 858 rubles and above.

Studies with plate devices are identical to those for pregnancy tests. They look the same - thin strips, saturated with a reagent. The plate is kept in the urine for 20-30 seconds, and then the manifestations of its second part are waiting, which gives the answer. These devices show an approximate result. However, they are the most in demand, as they are cheap - up to 26 rubles. 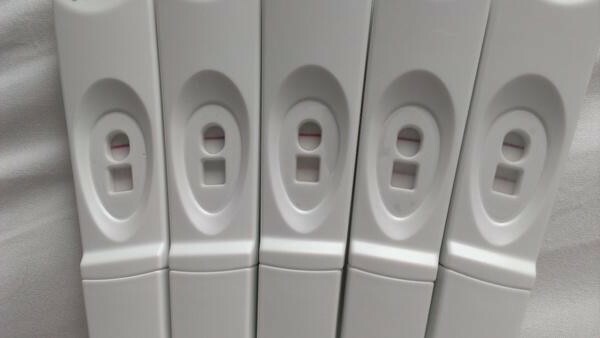 Let's consider how the test is performed, manufactured in the form of a cassette, which is the most convenient to use. The paper strip of this device is placed in a plastic casing, so it is not necessary to immerse it. Enough under the urine stream to substitute a case with a special window and wait for the answer. The price of this product affects its strength in the package. In most cases, it contains five products. Thus, people do not need to buy a new test every day in the pharmacy. Its cost is from 260 rubles and above.

If a woman wants to give birth to a child, she needs to buy tests for ovulation. How it works, which devices are best used - these issues should be studied thoroughly. What are jet tests? This is a product of the third generation, which today is considered one of the most reliable. It is hygienic and receptive. The cassette of this device is protected by a cap, which must be removed before use. Next, a part of the cassette, marked with an arrow, is placed under the stream of urine and then again closed. 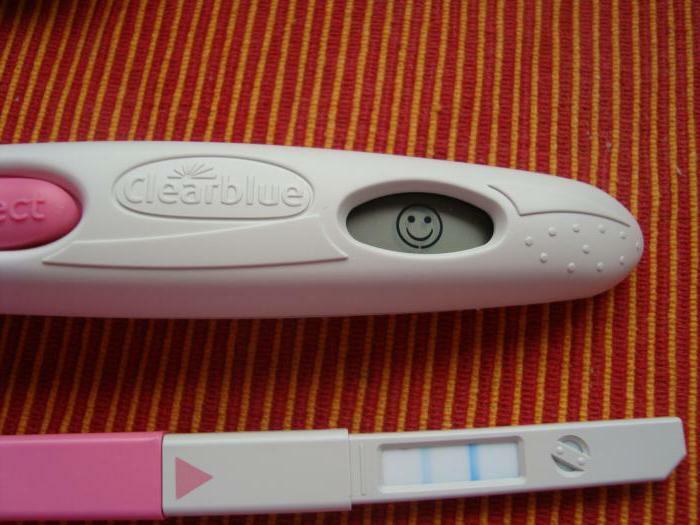 After 3-5 minutes you can estimate the result. This device costs from 1300 rubles and above. Often complete with it is sold a device for pregnancy testing.

Before you buy the test for ovulation, customer reviews are studied by many. What do people tell about this device? Many women say that for a long time they tried unsuccessfully to become pregnant, but because of the irregularity of the cycle they did not know when to wait that very day. They write that they were recommended to this product by pharmacy workers.

Many claim that they liked how the digital ovulation test works. In addition, women say that the price of these devices is acceptable for them. They liked that this device does not deceive.

Some people are sure that the ClearBlue test is the best, because Eviplan, "Frautest", was used by Russian-made devices before, and they had to guess every time whether a bright strip is enough. They write that those who take hormonal drugs or have a cycle disorder can observe insufficiently bright plates, despite the proximity of ovulation, which makes one doubt the result of the study. That's why they recommend using the ClearBlue test, with which you can solve this problem.

Those who are interested in knowing how the ovulation test works, read reviews, as they contain a lot of useful information. Many write that it is better to follow the rules of the instruction, which states that the last urination should occur no less than 4 hours before testing. But for those who have not managed to hold back so long, the test will necessarily provide an accurate result. That is, 1-2 hours is enough for the research.

Some women write that it's easier to work with ordinary test strips-there's no need to detect time, and they always show the result. Some say that expensive ovulation tests are a simple waste of money and do not recommend using them. Others argue that the bars show incorrect data.

Of course, many are grateful to these tests, as they eventually expect the baby to come into the world. They wish everyone to achieve their goal, do not give up, hope and believe.