What is crystalline iodine?

It's hard to imagine a chemical laboratory without special cones, test tubes, chemical reagents and so on. One of the dangerous but necessary substances is crystalline iodine. What it is? Crystalline iodine is important for conducting various experiments, without which the existence of any chemical laboratory can not be imagined. Although it is used in many industries, priority is given to pharmaceuticals and medicine.

Curious and very attentive scientist B. Courtois as early as 1811 found that on the walls of boilers to produce soda from algae formed a plaque( unknown at that time substance).Then the scientist decided to deal with this issue closely, and soon he received the same powder, which when heated gave beautiful purple clouds of smoke. 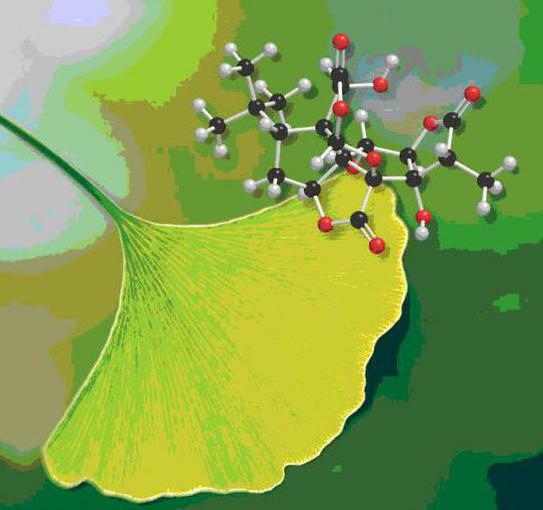 Then they published information about this new substance. They began to be interested in other scientists. They gave him the name "iodine", which means "violet".

Despite this, it still continues to be called iodine:even in the pharmacy, on the labels of drugs containing this element, you can not find the correct name of this substance.

How it looks, the chemical properties of

Crystalline iodine is often referred to in the chemical nomenclature as simply iodine. These are small crystals with a metallic ebb of unusual color - something between gray and black. 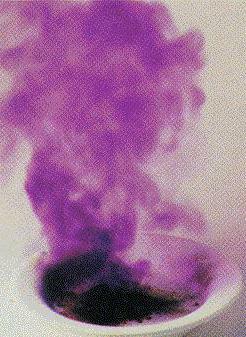 As for the smell, it is sharp and characteristic. If you place the crystals at room temperature, they will have a dark purple color, and the shine will not be so pronounced. An interesting feature: crystalline iodine forms vapor when heated, and crystallization occurs immediately upon cooling. In this case, an aggregate state, such as a liquid, is passed through. Iodine readily dissolves in liquids, excluding water.

is contained Crystalline iodine has such a property as absent-mindedness in nature. What does it mean? It can be found almost everywhere: in sea water, in living organisms and even in algae, for example, in all the famous sea kale. Iodine can also be found in very rare minerals that were found in Italy.

As for the production of the substance in industrial conditions, it is obtained from seaweed and oil drilling waters.

It is used in medicine, chemistry. Of iodine, which is in the form of a crystal, preparations are made not only for outdoor use, but also for internal use.

Iodine in the dissolved form, as many are accustomed to see it, contains only 5 mg of crystalline. For external use it is used for many iodine ointments, alcohol solutions. If these drugs are used externally, they have antiseptic, anti-inflammatory effect. A substance is used to treat wounds, wiping the hands of the surgeon during the operation.

In addition to external use, crystalline iodine is used for oral administration, but certainly not in its pure form. Why is this necessary? To normalize the metabolism, to replenish the body with the necessary substances and vitamins. Also, when you consume iodine, the thyroid gland improves. 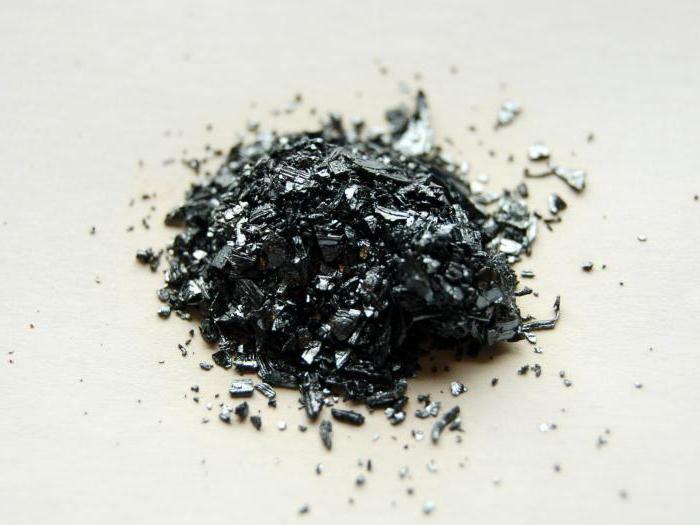 Everyone familiar preparation "Iodomarin" is recommended to use all without exception, since iodine is abundant in the body only in people living near the sea.

Crystalline iodine is a very common substance. It can be bought at a pharmacy at an affordable price. If you did not find it in the pharmacy( which is extremely surprising), then you can order it in online stores. Internet expanses are filled with offers of sellers of crystalline iodine of good quality and at reasonable prices.