Mammography or ultrasound of the breast? Examination of mammary glands. Price, reviews

The health of a woman is the health of her future children, and hence of the next generation. Therefore, she needs to be especially careful and careful to monitor her condition. So, for example, an independent examination of the mammary glands is the main prophylaxis of cancer of this organ, along with it also uses X-ray( mammography) and ultrasound methods. 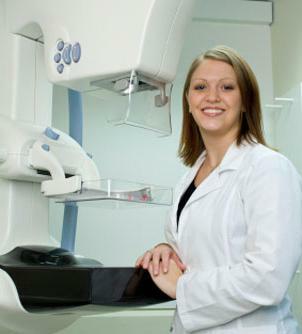 Actuality of the problem

This careful approach to the condition of this organ in women( to a lesser extent in men) is caused by the sad fact that the statistics of the lesion of breast cancer is steadily growing, and the population of such patients is only getting younger. Therefore, in the state regulations of many countries, including the post-Soviet space, mandatory prevention of this disease, namely active search, is included. Therefore, screening is carried out in all women over 50 years with a frequency of every 2 years. The method of choice for this purpose is mammography, but ultrasound is also quite informative. Of course, each of these studies has its advantages and disadvantages, which allow us to compare them, but the most important criterion is efficiency, because the only purpose of screening is to identify patients in the early stages of cancer or groups with risk factors for this disease.

To determine which of the best methods, mammography or ultrasound of the breast, first you need to understand them separately. Firstly, it is worth saying that according to technology these are two completely different studies. Mammography is an x-ray method, that is, it is based on the ability of tissues to delay or transmit rays with varying strength. It is carried out in the first phase of the menstrual cycle, that is, in the first week after the last menstruation or from the 5th to the 12th day, if counted from its first day. During this period, the hormonal background is only gaining momentum, and the mammary glands are not yet exposed to its influence, that is, remain unchanged. Before any research, whether it is a mammogram or ultrasound of the breast, the doctor necessarily examines and palpates this organ, trying to identify changes in it. Then they go directly to the visualization on the equipment.

A mammogram is arranged so that it clamps the mammary gland between two plates first in one and then in the second projection. This is necessary to maximally reduce the thickness of the translucent tissue and increase the effectiveness of the image. This allows you to visualize all changes, including, and not palpable. And if a mammogram reveals abnormalities from the normal structure of the breast, then a second shot is taken, aimed directly at the altered focus. In addition, when choosing what is more effective, ultrasound or mammography, one can also be guided by the important criterion that the mammogram apparatus is equipped with instruments for biopsy, that is, taking a piece of breast tissue for research. This allows us to clarify the nature of pathological foci at the histological level, that is, for example, it will allow us to accurately distinguish a malignant from a benign entity.

method However, X-ray examination always carries a fraction of the ionizing radiation, and no matter how minimal it is on modern equipment, it still exists. So if by this criterion to choose what is better, mammography or ultrasound of the breast, the second option clearly wins. In the rest, this method, though rather unpleasant, but very effective, because it is highly sensitive and reveals much in the process of research. Of course, scientists are trying to reduce this dose, and their achievement has already been the invention of a digital mammogram. Its advantage over the ordinary is that it saves images electronically. They can be archived on a computer and thus keep records for each patient automatically. 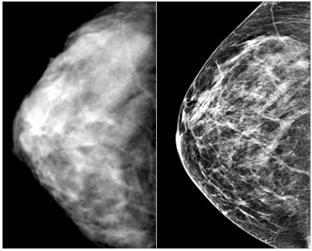 This also reduced the costs for the medical institutions themselves. However, the significance of this fact is much greater. The fact is that there are two types of mammography: test( preventive) and diagnostic. The first is done when the patient comes to the screening, and each of her pictures is saved for comparison with the subsequent ones. The second type is performed by women with complaints or by examination and palpation of the mammary gland by a gynecologist and revealing any pathological changes of this organ. Further, in order to understand which method is better, mammography or ultrasound of the breast, it is necessary to understand the second.

About the ultrasound study 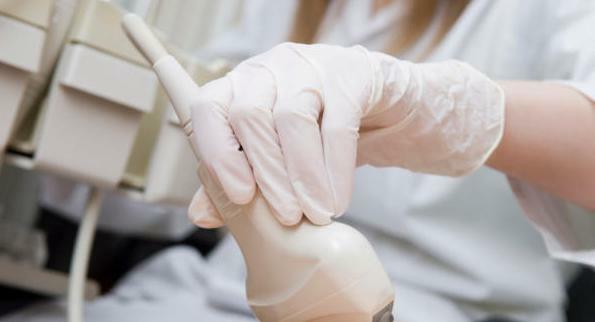 So, this is absolutely safe for ionizing radiation examination, which is used to visualize the internal structure of the breast in real time. It is based on the ability of ultrasound with different strength to reflect from various tissues of our body. Therefore, it effectively identifies seals, cavities, calcification foci and breast tumors, which is so important in the prevention of its diseases. Its accuracy, as well as mammography, is supported, if necessary, by biopsy data. But in the ultrasound itself there is a unique mode of dopplerography, which allows you to assess the blood flow in the organs. It also helps to distinguish between benign and malignant formations, since they have different types of blood supply. 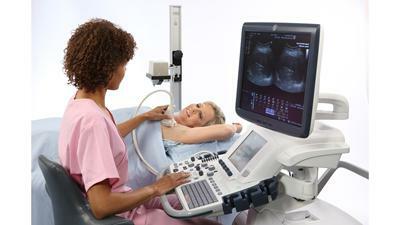 Patients who received ultrasound of the breast, the reviews, of course, are extremely positive. Firstly, this is explained by the technique of conducting it: a special gel is applied to the organ under investigation, and then the resulting picture is reflected by the contact of the sensor on the computer monitor. This is absolutely painless, which is especially important for many patients. In addition, the price of breast ultrasound is relatively less than the cost of mammography, especially film. But, of course, the method has drawbacks. Yes, it is simple, cheap and quite sensitive, but it is not only this that measures the effectiveness of technology. First, he is dependent on the doctor-diagnostician, which means that he has a human error factor. After all, if an inexperienced doctor does not sufficiently review the structure of your breasts, he will miss the pathology. And secondly, he is still less sensitive than a mammogram, which means that even with good research, something can go out of sight. 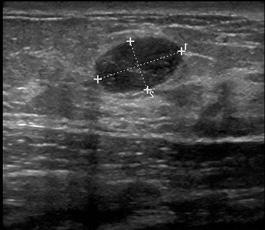 Because both breast ultrasound and mammography have their advantages and disadvantages, doctors try to constantly improve the level of technology and involve more new developments. So, if the doctor doubts his diagnosis, he can always send the patient to an MRI( magnetic resonance imaging), which is the most sensitive and is increasingly being introduced into medical practice. However, it also carries a proportion of the radiation load, and therefore contraindicated in women during pregnancy and lactation. Therefore, they are usually assigned ultrasound as a good alternative. In addition, as mentioned earlier, radiation diagnosis data in special cases need to be backed up by information from a histological study, that is, a biopsy.