Is it possible to take "No-shpa" and alcohol together?

Often a person after taking alcohol asks the question: is it possible to drink this or that drug now? Many drugs are not compatible with such drinks. Their combination can provoke disulfiram-like reactions. In most cases, it's antibiotics. In this article, it will be discussed whether it is possible to combine a No-shpa medication and alcohol. You can learn about the consequences of such an action and the opinion that has prevailed on this score.

What is this preparation?

Before you find out how many "No-shpa" acts and whether you can take it with alcohol, you need to tell about the medicine itself. The main active ingredient of the drug is drotaverine. The medicine is given in the form of tablets and a solution for injections. At home, pills are often taken.

According to the annotation, the drug "No-shpa" is an antispasmodic. The active substance expands the blood vessels and helps to eliminate spasm. The medication reduces the tone of smooth muscles, and also eliminates their increased motor activity.

Does it allow to use "No-shpa" tablets and alcohol annotation together? The instruction says nothing about such a combination. And this means that the manufacturer does not prohibit the use of medicine with alcohol. Also in the instruction there is information that the drug has no effect on the central and autonomic nervous system. And this is another confirmation of the safety of the use of drugs with alcoholic beverages. The advantage of the tablets is their continued action. The consumer can forget about his problem for up to 10 hours. But more often the action of the drug is 5-6 hours.

Despite all this, in the indications for the use of the drug the following cases are described:

It is strictly forbidden to drink alcoholic beverages with all the above pathologies. Therefore, usually treatment with "No-shpa" means does not combine with alcohol. 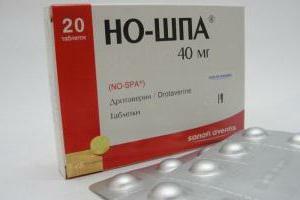 Action on the body: the opinion of physicians

What happens if you simultaneously use the drug No-shpa and alcohol? The doctors say the following. Absolutely all drugs pass through the liver. This body can take on a certain number of substances. In this case, alcoholic beverages are also metabolized in the liver. It helps to eliminate ethanol and does not allow harmful substances to pass into the brain. If you take a drug and alcohol, that the liver simply can not cope with such a load. The result will be faster intoxication and severe consequences. 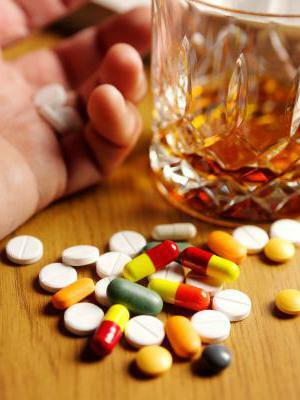 Can I take "No-shpa" and alcohol tablets? The compatibility of these substances is already known to you. However, many are interested in the consequences of this method. What will happen if you drink No-shpa and alcohol?

If you decide to use alcohol and take the medicine, then the most minimal thing that can be is the lack of effect. During the intake of alcohol, the work of the intestine is intensified. The digestive organ accelerates peristalsis for the purpose of rapid cleansing. In this case, the active substance( drotaverin) can be very quickly excreted from the body. How many "No-shpa" works when used with alcohol at the same time, it is difficult to say. But the duration of the drug may be several times lower.

The use of "No-shpa" tablets with alcohol can increase the likelihood of side effects. After taking the medication, it can provoke abdominal pain, indigestion, headache and insomnia. Also, when the active substance and ethanol are combined, a chemical reaction takes place, which can have a completely unforeseeable impact on the patient. As a result, there are failures in the cardiovascular system, immune defenses, allergies and so on. 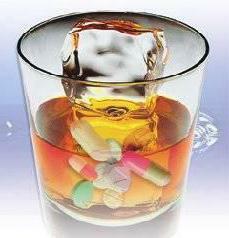 Reviews about the use of the drug: opinions of patients

What can people say that took the drug "No-shpa" and alcohol together? Compatibility, in their opinion, is. In other words, you can use a medicine together with alcohol. The drug has almost no negative effect. He acts as it should be. The effectiveness of treatment is not reduced.

Also some groups of people believe that "No-shpa" after alcohol is very helpful. With this drug, they eliminate the hangover. In this case, the tablets not only relieve the headache, but also contribute to improving overall well-being. Patients say that if you have any pain during a noisy meal, then it is better to take the drug "No-shpa".The remaining drugs will be more dangerous in combination with ethanol. Doctors to some extent agree with this statement. After all, most consumers tolerate this medicine well.

There is one more opinion. Patients say that alcohol increases the effect of medicines twice. Therefore, if you usually have to take 2 tablets of the drug "No-shpa", then when you combine with alcohol you can drink only one. In fact, this statement is not entirely correct. The result of a dose reduction may be a complete absence of effect. In this case, the consumer does not receive relief, but complicates the work of the liver several times. 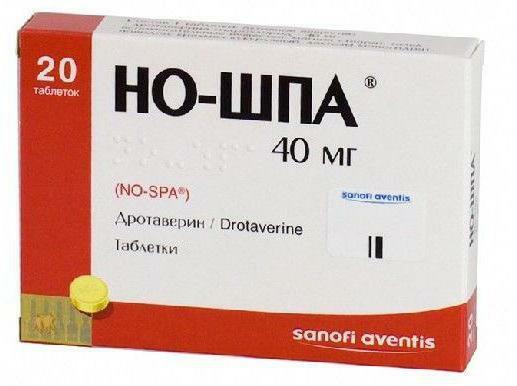 Instead of the conclusion: we will sum up

You have learned about how the "No-shpa" and alcohol mixes are combined. How much can you take pills in order not to worry about the consequences? Doctors call the time - 2 hours. If you took alcohol in small doses, then after a couple of hours you can without the slightest fear of taking the medicine. If it is a question of very large doses of ethanol, which are accompanied by loss of consciousness, vomiting or diarrhea, the drug "No-shpa" is strictly forbidden. To get qualified and first aid you need to call an ambulance. Try not to consume alcohol-containing drinks with any, even natural, medicines. The human body can react in the most unexpected way to such a combination. Good luck to you and all the best!