A wound is tissue damage by mechanical means in the presence of abnormalities in the integrity of the skin. The presence of a wound, rather than a bruise or bruise, can be determined by such signs as pain, gaping, bleeding, dysfunction and integrity. The wound is wounded in the first 72 hours after the injury, if there are no contraindications.

Each wound has a cavity, walls and a bottom. Depending on the nature of the damage, all wounds are divided into chipped, cut, chopped, bruised, bitten and poisoned. During the conduct of the PCW wound it must be taken into account. After all, the nature of the trauma depends on the characteristics of the first aid.

In the conduct of PCW of the wound, the presence of suppuration plays an important role. Such injuries can be festering, freshly infected and aseptic. 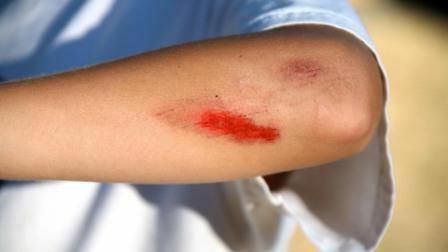 PCW Primary surgical treatment is necessary to remove harmful microorganisms that have entered the wound. For this, all damaged dead tissue is cut off, as well as blood clots. After this, seams are applied and drainage is performed, if necessary.

The procedure is necessary if there are damaged fabrics with uneven edges. This is also required by deep and contaminated wounds. The presence of damage to large blood vessels, and sometimes bones and nerves, also requires the performance of surgical work. PGO is carried out simultaneously and exhaustively. The surgeon needs the help of the patient for up to 72 hours after the wound is applied. An early PCO is performed during the first 24 hours, holding for the second day is a delayed surgical intervention. 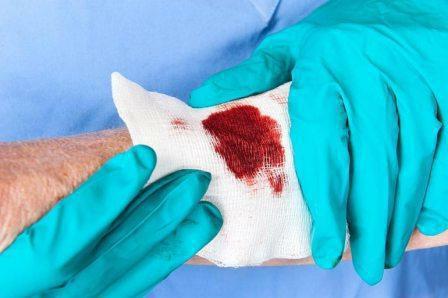 A minimum of two copies of a kit are required for a primary wound treatment procedure. They are changed during the operation, and after the dirty phase - the following is disposed of:

The surgical set for this procedure also includes suture material, needles for injection, syringes, bandages, gauze balls, rubber gloves, all kinds of tubes and napkins. All the items that will be needed for conducting PCWs - suture and dressing kits, tools and medicines intended for the treatment of wounds - are laid out on the surgical table. 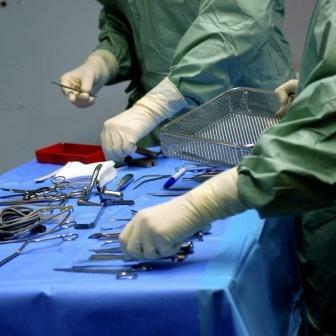 Primary surgical treatment of the wound is not without special medications. Most often used are:

Primary surgical treatment is carried out in several stages:

is done The patient is placed on the table for the surgical intervention. His position depends on the location of the wound. The surgeon should be comfortable. The wound toilet is performed, the operating field is processed, which is delimited by sterile disposable linen. Then, the primary tension is performed, aimed at healing the existing wounds and injecting anesthesia. In most cases, surgeons apply the method of Vishnevsky - inject 0.5% solution of novocaine at a distance of two centimeters from the edge of the cut. The same amount of solution is injected from the other side. With the correct reaction of the patient to the skin around the wound, there is a "lemon crust".Gunshot wounds often require the patient to be given general anesthesia.

The edges of damage up to 1 cm are held by the Kochher clamp and cut off by a single unit. When performing the procedure, the non-viable tissue is cut off on the face or fingers, after which a tight seam is applied. Gloves and tools are being replaced.

The wound is washed with chlorhexidine and examined. The stab wounds that have small but deep cuts dissect. If the edges of the muscles are damaged, they are removed. So do with the splinters of bones. Then hemostasis is performed. The internal part of the wound is treated first with a solution, and then with antiseptic preparations.

The treated wound without signs of sepsis is sewn tightly with a primary manual suture and covered with an aseptic dressing. Stitches are carried out, evenly covering all the layers in width and depth. It is necessary that they touch each other, but not tighten. At performance of work it is necessary to receive a cosmetic suture after healing.

In some cases, primary seams are not superimposed. Cutting a wound can have more serious damage than it seems at first glance. If there is any doubt, the surgeon uses a primary-delayed seam. This method is used if the wound has been infected. Suturing is carried out to fatty tissue, and the seams are not tightened. A few days after observation, the wound is sutured to the end. 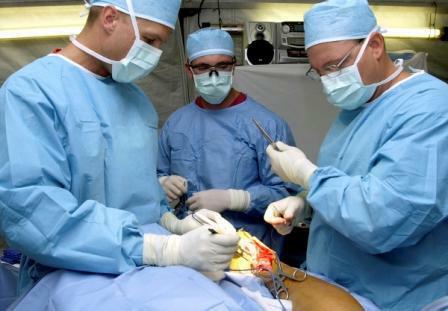 PCW wound, bitten or poisoned, has its differences. When bites are not poisonous animals is a high probability of infection with rabies. At an early stage, the disease is suppressed by anti-rabies serum. Such wounds in most cases become purulent, so the PCOs are trying to delay. When the procedure is performed, the primary-delayed seam is applied and antiseptic medications are applied.

A wound obtained from a snake bite requires the application of a tight bundle or bandage. In addition, the wound is frozen with novocaine or cold applied. To neutralize the poison, antiserum serum is introduced. Spider bites are blocked by potassium permanganate. Before this, the poison is squeezed out, and the wound is treated with an antiseptic. 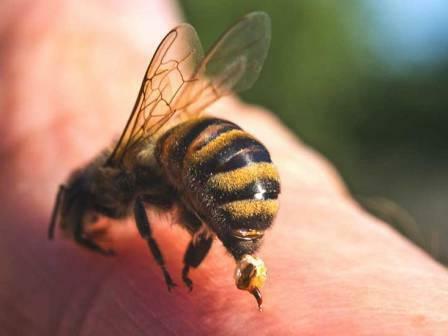 Incompatible wound treatment with antiseptics leads to suppuration of the wound. An incorrect means of anesthesia, as well as causing additional injuries, causes the patient's anxiety due to the presence of pain.

It is very important that the initial surgical treatment of the wound be carried out by a specialist according to all the rules.