For ulcerative stomach disease, local defects of its mucous membrane( can be with the capture of submucosal layer), which are formed by the action of bile, hydrochloric acid and pepsin are characteristic and cause trophic disturbances in this area. 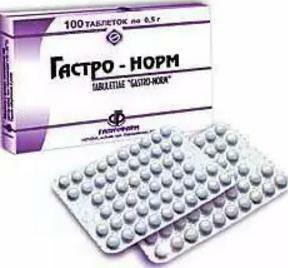 This disease has a recurring course. Unlike erosive lesions, the ulcer heals, leaving behind a characteristic scar.

There are many drugs that effectively treat this pathology. One of the most popular is the drug Gastro-Norm. The doctors' comments on the effectiveness of this medication will be presented below.

Packaging, the form of the drug and its composition

In what form is the preparation "Gastro-Norm" made? The instruction indicates that the substance in question is sold only in the form of tablets. They are packed in blisters and cardboard boxes.

The active element of this drug is bismuth subcitrate. Also in the composition of the tablets are auxiliary ingredients in the form of potato or corn starch, croscarmellose sodium and calcium stearate.

What are Gastro-Norm tablets? The instruction says that this agent belongs to the group of astringents that have a local action.

The active ingredient of the drug is bismuth subcitrate. It has gastro-cytoprotective, astringent and antimicrobial effects. Also, this substance forms a film on the damaged areas of the mucosa of the 12-типерстной gut and stomach. It consists of albumins, that is, proteins denatured under the action of bismuth.

The drug in question comes into contact only with those proteins that are on the damaged areas, without changing the entire gastric mucosa. 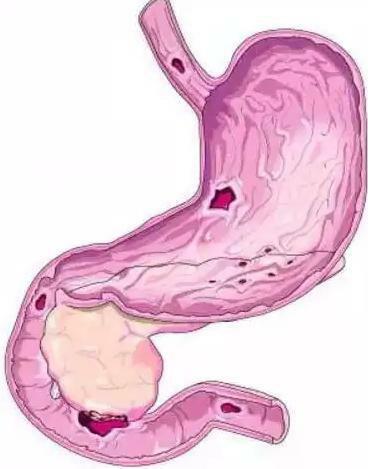 Specialists have found that in an acidic environment the precipitation of bismuth proteins by the subcitrate is more active.

What is remarkable about the drug "Gastro-Norm"?Instructions for use asserts that the gastro-cytoprotective effect of this drug is due to several mechanisms.

Bismuth subcitrate in cases of gastric and duodenal ulcers contributes to:

Properties of the medicine

How do Gastro-Norm tablets work? They stimulate the regeneration of the cells of the gastric mucosa and accelerate the healing of its ulcerative and erosive lesions, as well as restore the normal microstructure of the mucosa. 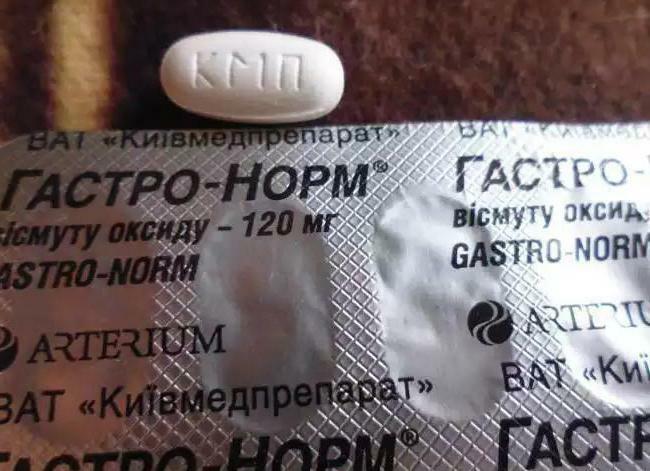 According to experts, the antimicrobial effect of this remedy on Helicobacter pylori is explained by its ability to change the permeability of bacterial membranes, as well as disrupt the normal course of cellular reactions by inhibiting the activity of enzyme systems.

It should also be noted that Gastro-Norm reduces mobility and virulence of microorganisms. To date, Helicobacter pylori strains, resistant to bismuth subcitrate, have not been identified.

Unlike other bismuth compounds, this substance is characterized by a high degree of solubility and deep penetration into the mucous membranes. Due to this, the active ingredient of this drug has a bactericidal effect on microorganisms under the slime layer and prevents the occurrence of recurrence of peptic ulcer.

Is the drug "Gastro-Norm" absorbed? Instructions for use say that this product has a low bioavailability, and is also hardly absorbed into the systemic circulation.

With prolonged medication, only low concentrations of bismuth in the plasma are noted, which decrease rather quickly after stopping the medication.

The bismuth subcitrate that enters the systemic circulation is excreted along with the feces.

What kind of a disease does Gastro-Norm treat? Experts say that this drug is used to treat people suffering from gastrointestinal diseases, which are characterized by the formation of ulcerative and erosive lesions of the mucous membrane. 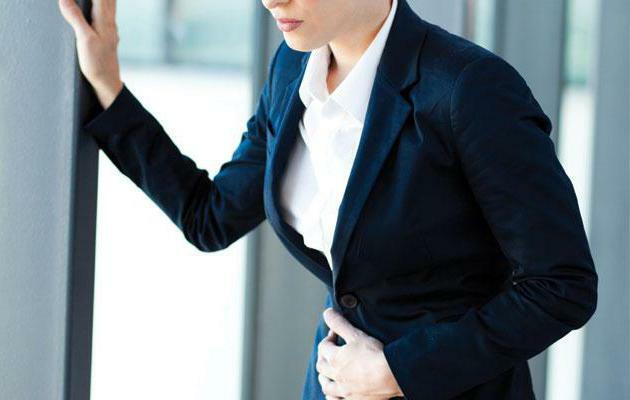 Thus, the medication is prescribed with:

The drug "Gastro-Norm", the instructions for use of which is described below, can not be prescribed when:

Medication "Gastro-Norm": instructions for use

Tablets "Gastro-Norm" should be taken half an hour before meals. They are swallowed whole and do not chew. Drink the medicine with a small amount of water( but not milk). 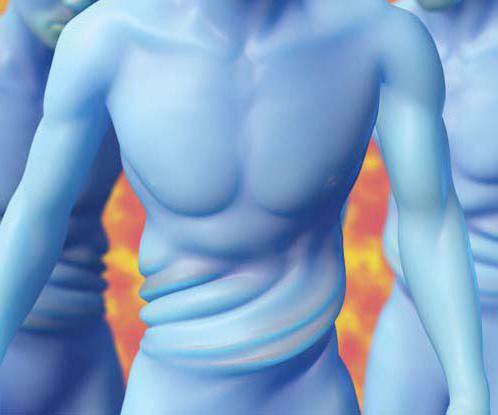 For patients older than 14 years, the drug is prescribed one tablet four times a day( 30 minutes before breakfast, lunch, dinner and before bedtime).

The length of the course of therapy depends on the severity of the disease. Usually it is 1-2 months. After this, you should take a break, with a length of 8 weeks. During this period it is forbidden to take medicines containing bismuth.

Repeated course of treatment should be prescribed only by a doctor.

In the presence of Helicobacter pylori it is recommended to adhere to the following scheme:

The Gastro-Norm tablets, the analogues of which are listed below, are well tolerated by patients. Although in some cases, the following adverse reactions are noted in patients:

With prolonged medication due to the accumulation of bismuth in the tissues of the central nervous system, the development of encephalopathy is possible. 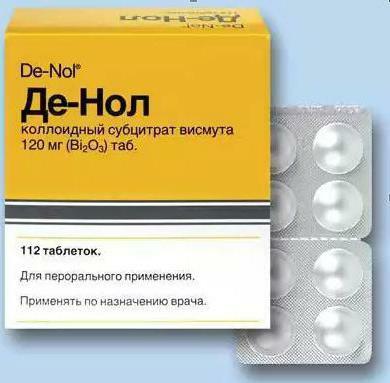 Taking high doses of medication can cause the development of reversible renal dysfunction. Symptoms of such a pathology may appear after 10 days or more.

When an overdose of the drug shows gastric lavage and the use of enterosorbents. Also, the affected person is prescribed saline laxatives( sodium sulfate or magnesium sulfate).

When expressed signs of an overdose shows symptomatic treatment and therapy, which is aimed at supporting the normal functioning of the kidneys.

Interaction with other means of

It is forbidden to eat food and drinks, and also use antacids for half an hour before taking Gastro-Norm and after.

The medication in question is not prescribed together with other medicines containing bismuth.

This agent may reduce the absorption of antimicrobial agents from the tetracycline group.

Before taking the medication, consult a doctor.

It is not recommended to take Gastro-Norm tablets for a long time because of the possible development of reversible encephalopathy.

In the process of therapy, it is necessary to monitor the work of the kidneys and the concentration of bismuth in urine and blood, and also to refrain from drinking alcohol.

The active substance of this agent can cause blackening of the stool. On the quality of treatment this has no effect. 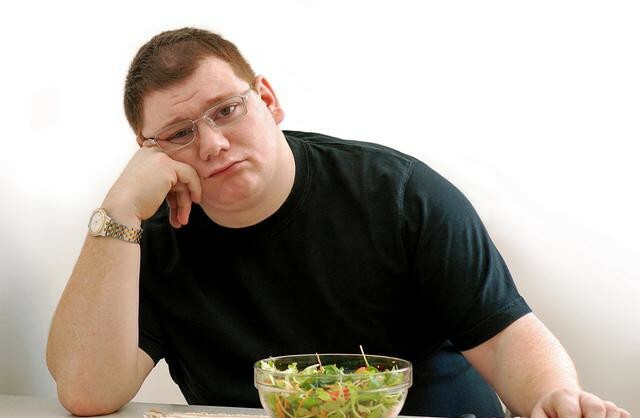 The price of this drug depends on the number of tablets in the package( about 500 rubles per 100 pieces).If necessary, this tool can be replaced with Vis-Nol, De-Nol, Bi-Tol, Confirmim, Almagel A, Omega, Azamed and others.

Consumer reviews about the drug "Gastro-Norm" are mostly positive. Most patients claim that this medication promotes the rapid and effective healing of ulcers and erosions in the digestive tract. However, there are people who talk only about temporary relief. Experts, however, assure that with properly selected therapy, this medication contributes to the speedy recovery of the patient and recovery of the stomach mucosa.

A significant disadvantage of this means is the presence of many side effects. Most often against the background of taking tablets, patients develop nausea and vomiting.