The fact that massage is good for health, known since antiquity. And now more and more people prefer such methods, since drug therapy often does more harm than good. In terms of its impact on the well-being of a person, massage refers to the most effective methods. Especially useful is its ancient version - acupuncture. This method came from the East and has a positive impact on health. But not everyone has the opportunity to visit the masseur, especially the acupuncture room. Therefore, devices for home use are becoming more popular. The most famous of these is Kuznetsov's applicator. Harm and benefit of it are studied in detail by doctors, and it is proved that its correct application is effective in many diseases.

What is the applicator Kuznetsova

This is an amazing device for simplicity and efficiency. It is an applicator massage pad with small plates with spikes sewn onto it. It was created in the 80s of the 20th century by the Russian scientist II Kuznetsov. 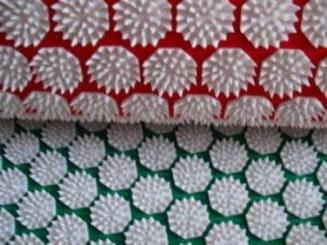 This device has many modifications, and its purpose was to act on biologically active points on its own. It can be said that this is a massager for the lazy, because it's just that you need to lie down on the mat or pin it to a sore spot. Therefore, Kuznetsov's applicator became so popular. The damage and benefit of it were investigated immediately, and the instruction was attached to it during the sale. The glory of such a simple and effective device for massage spread quickly. And now almost in every house you can find some applicator Kuznetsova. The price of it, especially for the simplest modifications, is so low that many people bought it even just in case, just in case. But those who know the benefits of such a needle massage, use the applicator often, relieving pain in muscles and joints, increasing efficiency and mood and improving immunity.

The first such mat was released in 1988.Applicator needle Kuznetsova was a small plastic plate with spines, sewn onto a piece of cloth. Now the industry produces many modifications, differing in the size of the spikes and their distance from each other, the size and shape of the base.

1. Kusnetsov's classic applicator. Its price is quite low - the easiest one can be bought for 100 rubles. But the cost depends on the size of the base, its shape and material. This can be large mats, massagers in the form of a belt or insole for feet. Sometimes plates can be bought separately, then you will have to attach them to the base yourself. 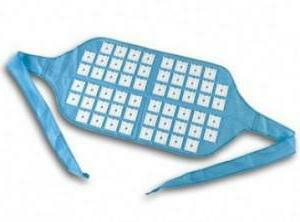 2. Applicator Kuznetsova roller is designed for massage of muscles, feet and joints. It can be rolled on the body or feet on the floor. You can also put a roller under the neck and lie on it. It is so easy to relieve pain in cervical osteochondrosis.

3. Recently, the efficiency of the massager has been increased with the help of magnets, which are located on each plate. Such applicators are more expensive - about a thousand rubles, but thanks to the magnetic field, its effect is stronger.

What effect does the body have on the

During the procedure, the needles of the applicator are pressed into the body, acting on small vessels. Blood circulation is accelerated, due to which the metabolism is increased, plaques from the vessels and various toxins are washed out. Recent studies have shown that the applicator also presses on acupuncture points. It has long been known that such an effect has a positive effect on all organs, removing pain and improving their functioning. 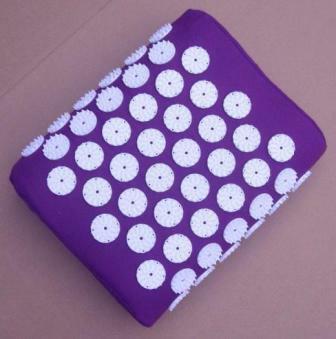 With pressure on acupuncture points, blood circulation is accelerated, muscles relax and sleep improves. Kuznetsov's applicator is especially effective for pain in the back and joints. The harm and benefit of its impact on the musculoskeletal system are well studied. Such procedures are widely used to restore cartilaginous tissue, improve blood circulation and relieve pain after injury.

This device has the following effects:

- accelerates the process of cell regeneration;

- the metabolism is stimulated;

- improves the tone and increases the elasticity of the skin.

1. Most often, this effect is used for various diseases of the musculoskeletal system: 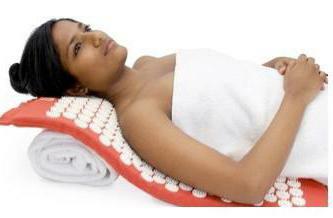 2. But not only such problems are treated by Kuznetsov's applicator. Its application is shown with:

3. With this massager, you can successfully treat diseases of the digestive tract, genitourinary system and respiratory system.

The majority of cases of using such a massager are associated with pain in the back. Even doctors prescribe such procedures as an auxiliary treatment for osteochondrosis. To do this, you can use special mats, cushions or belts. 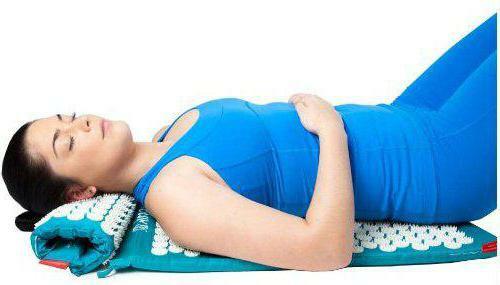 Most often, with osteochondrosis, the needle applicator Kuznetsova is placed along the spine and lie down, pressing it with the weight of his body. If you do not feel unpleasant sensations, the impact should be maintained for at least half an hour. For the treatment of cervical osteochondrosis, special rollers are put under the neck. In this case, the exposure time should be shorter. After a two-week course of procedures, you need to take a break, then you can repeat them. But usually the effectiveness of treatment is so high that the pains last for a long time.

Can everyone use it

As with any massage, there are contraindications to using Kuznetsov's applicator:

- birthmarks, papillomas or warts on the place where the massager is applied;

- dermatitis and skin damage at the site of exposure;

- a tendency to bleeding; 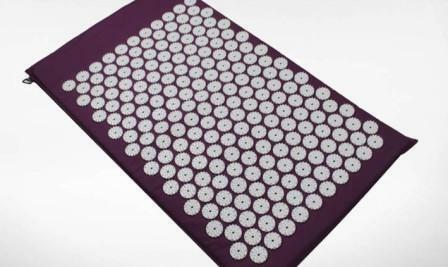 What harm can the applicator of

bring? Basically, when using such a massage, side effects are not observed. For people who have a lower threshold of pain sensitivity, there are special varieties with more blunt spines. Therefore, most patients tolerate Kuznetsov's applicator well. Harm and benefit from it are incomparable. After all, negative effects can only be if the massager is incorrectly applied. Some feel strong heat, rapid heartbeat, pressure may rise or noise may appear in the ears. In this case, the procedure must be stopped. There is also the opinion that exposure to biologically active points with the help of an applicator is harmful. After all, with acupressure, the expert must precisely choose the place and force of pressure. And when using a needle mat it is impossible to do this.

How to use the applicator Kuznetsova

Depending on the chosen version of the massager, it can be applied, pribintovyvat or pressed to a sore spot. High efficiency is observed if you place an applicator needle Kuzetsova on the floor and lie on it. This procedure can be performed from half an hour to an hour. 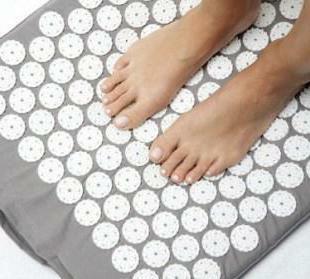 And on the feet, temples, neck and neck, the effect should be dosed: press the applicator for a few minutes, then take a break. You can repeat this effect until the pain disappears. The course of treatment should not be more than two weeks. After the break, you can again use Kuznetsov's applicator. The use of it has almost no contraindications and is effective for improving efficiency. Many people buy this massager. But before starting treatment, you need to know how to use the applicator Kuznetsova correctly:

- before use consult with a doctor;

- the procedure should be carried out no earlier than an hour and a half after eating;

- You should carefully read the instructions and follow its recommendations.

Feedback on application of applicator

Especially often thanks to the massager and its creator express those who have long suffered from back pain and muscle. Although not everyone will decide to lie on such spikes, because it is quite painful, but the low cost of the applicator and its effectiveness influence the choice of treatment. Most patients note that the first painful sensations become dulled after a few days, and the back pain passes. There are also positive reviews about the use of the applicator for weight loss and getting rid of cellulite. Just lying on such a prickly rug helps reduce fat deposits. Many who have tried such treatment, recommend Kuznetsov's applicator to friends. The price of a massager is low, in addition, everyone likes the ease of its use and the availability of treatment.