This dicotyledonous plant, belonging to the genus Thistle( Carduus), has many national names - a thornbill, a reddish thigh, a dandovik, a hedgehog, a cologne, a thorny thresher. Many people know about the harm that this weed inflicts on cultivated plants in the country or in the garden, but not everyone knows that this plant has a number of useful properties. 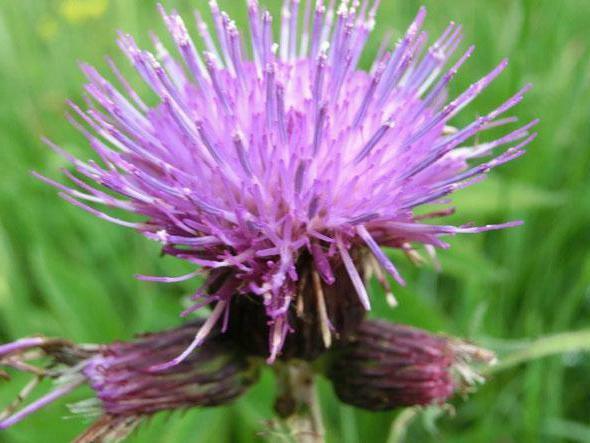 Curly thistle is widely distributed throughout Eurasia, as well as North America. On the territory of our country, it is found in almost all regions.

This light-loving plant, which prefers well-lit areas, although it can be seen in damp forests, near roadsides, on the banks of water bodies. In crops, it usually occupies the upper tier, which leads to the suppression of cultivated plants.

Accurate description of the curly-haired

A two-year weed herbaceous plant whose height can be from twenty to one hundred and twenty centimeters. Stem is rounded, erect, furrowed, up to the top covered with sharp thorns and "wings", from the middle( or only above) branchy. 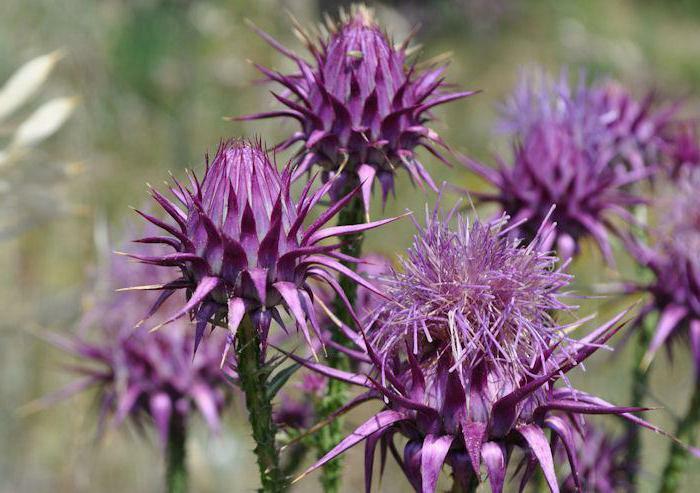 Peduncles prickly, white( length up to fifteen centimeters).They come out of the axils of the leaves. Baskets are spherical and slightly flattened, collected on the top of branches or stems. Their width is slightly more than two centimeters. Lodgment of baskets flat, fleshy, with setae.

Flowers are small, tubular. Corolla is dyed purple. Fruits are very small achenes of grayish color, with well-marked longitudinal lines of dark color, and a sessile tubercle. Pappus considerably shorter than corolla. Blossoms thistle curly in July-August. Until this time, gardeners and gardeners are trying to get rid of this plant in their plots.

Scientists have researched the curly thistle. The description of the results of their work allows us to say that the medicinal preparations based on this plant increase the immunity, as well as the resistance of the human body to the adverse effects of environmental conditions.

Curly thistle, the photo of which you see below, contains:

The plant is suitable for use in food and for technical use. 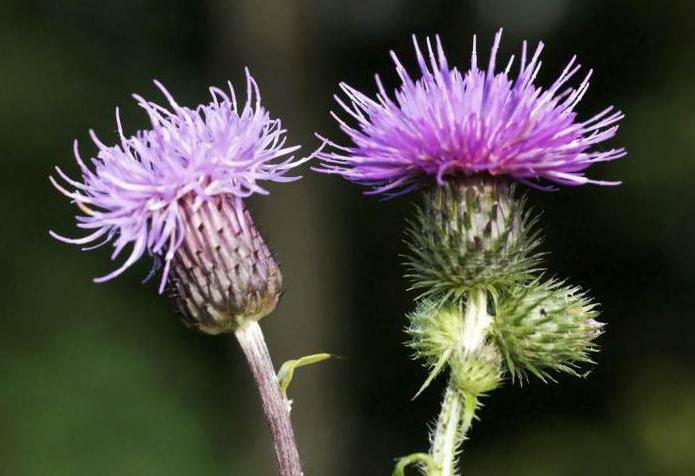 Procurement and storage of raw materials

To make medicinal preparations, the curly thistle is used almost completely - stems, leaves, roots. The tops of the plant are harvested during the active flowering( July-August), and the roots are harvested in September. They should be thoroughly washed under running water, cut into small pieces, spread out in a thin layer on paper, in a well-ventilated place. From time to time, the raw materials must be stirred and turned over.

Grass plants are harvested the same way, but it dries faster. Keep raw materials in canvas or paper bags. The aerial part of the plant retains its useful properties for two years, and the roots - three. 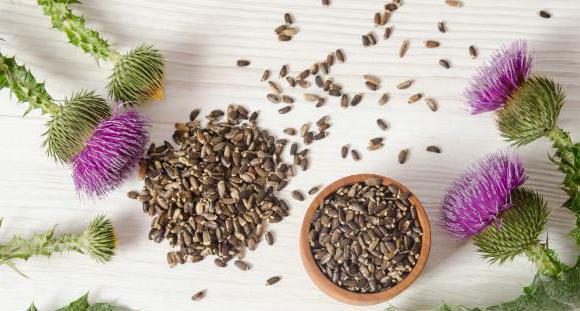 Use in Traditional Medicine

Traditional healers have long and successfully used curly thistles. The recipes presented in this article will help cure many diseases, but before starting treatment, consultation with a doctor is necessary.

From insomnia and neurosis

One spoonful( table) of crushed dried inflorescences put in a bowl and pour 250 ml of water, boil for three minutes. The broth should be infused for about an hour, after which it can be filtered. Such a decoction is taken by a third of the glass twice a day.

Thistle roots( one spoonful of dining room) chop, pour 300 ml of water and bring to a boil. Leave on low heat for ten minutes, then strain. Take 1/2 cup three times a day. 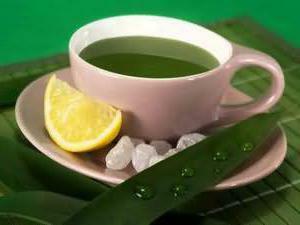 The curly thistle can also help with these diseases, which torment many people. To do this, a tablespoon of the crushed dry leaves of the plant should be poured into 250 ml of boiling water. The composition should be infused for about an hour, after which it can be filtered. Twice a day, take half a glass of infusion for thirty minutes before eating.

For manufacturing used are taken in equal parts dry baskets and leaves of a thistle( without spines).They must be crushed thoroughly with a blender. Powder is taken on a teaspoon, washed down with boiled water, thrice a day with anemia, cancer of various locations, hemorrhoids, intestinal diseases.

Prepared from young fresh thistle leaves, previously well washed and peeled. Raw materials are put in a blender and ground. You can use a meat grinder. The resulting mass is pressed through several layers of gauze.

Juice is recommended for tuberculosis, anemia, asthenia, hypotension, after a severe illness, as a remedy. 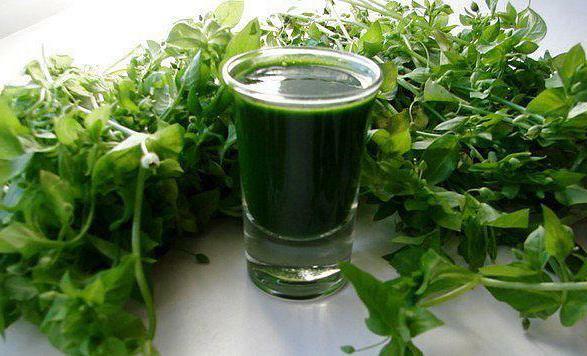 Pour two tablespoons of raw material with a glass of boiling water, wrap and leave in a warm place to infuse for about two hours. After this, the composition is filtered, and can be used.

This is a very effective tool that is used in complex therapy for the treatment of colds, bronchitis, bronchial asthma. To prepare the syrup it is necessary: ​​

Inflorescences pour boiling water and sugar. The resulting mass in enameled pots should be placed on a slow fire and evaporated to half the initial volume under the closed lid, then strain. Take before eating a teaspoon.

Young plant leaves can be added to the vitamin spring salad.

Remove spines from the leaves, brew them in salted water for ten minutes, cut, sprinkle with grated cheese and season salad with sour cream or mayonnaise. Salt and spices add to taste.

After peeling the leaves of thorns, boil them in salted water and cut. To them add the boiled potatoes, sliced, and the crushed leaves of sorrel. On the plate( side) lay onions rings and crushed egg( boiled).Sprinkle the salad finely chopped dill, season with mayonnaise. If desired, add spices and salt.

Boil the young leaves and thistles in slightly salted water for ten minutes, then grind in a blender. Prepare the mashed potatoes, fry onions. Prepared foods are placed in broth or water, add a crossed onion, and brought to the ready. Before serving, season with sour cream and serve croutons.

Where else is the plant used? Thistle Curly - beautiful honey. Budyakovy honey is considered one of the best. It has a beautiful golden color, slowly crystallizes, has a pleasant delicate aroma.

In addition, a young thistle( without thorns) is a favorite cattle dainty. Application in medicine of different nations

We have already described in some detail how folk healers of our country are used curly thistle. Its application has long been common in many Western countries, as well as in the East. There, decoction of the roots is used in the treatment of epilepsy, neuroses.

Belarusian and Nanai herbalists use smoke from dry grass, fumigating children in fright, and they also add patients with nervous disorders to bathing baths.

Chinese folk healers believe that a decoction of inflorescences is indispensable in the treatment of colds and rheumatism. In folk medicine of Tibet and Transbaikalia infusion of roots and inflorescences of thistle is prescribed for diarrhea, bronchitis, gastroenteritis, pneumonia, and as an emetic.

Based on the conducted studies of the thistle, it can be said that the medicinal products of this plant do not cause side effects with prolonged use.