Syndrome of the resulting loop: diagnosis and treatment

Surgical manipulation is almost always associated with risk. In addition to the possible development of bleeding during surgery, there are more remote complications. This is especially true for extensive manipulation, in which the removal of the organ or its part is performed. An example is the Bilroth-2 operation. Its essence consists in removing most of the stomach and creating an anastomosis with the small intestine. After this surgical intervention, the syndrome of the adductor loop often develops. A similar complication can occur immediately after the operation, and after a few months. With the development of this condition or suspected of it, one more surgical intervention is necessary. 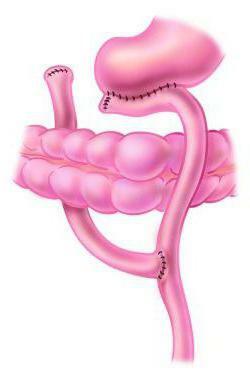 The concept of the

loop syndrome The resulting loop syndrome after gastrectomy appears in about 13% of cases. This indicator can vary from 1 to 50%, according to doctors. Its main symptom is vomiting of bile, associated with eating. Syndrome of the resulting loop is a condition in which the part of the intestine is "off" from the digestive process. As a result, bile accumulates in this department and, in the presence of unfavorable factors, splashes outward. Another name for this complication is duodenobiliary syndrome. This condition is a dangerous sign, therefore it requires surgical treatment. 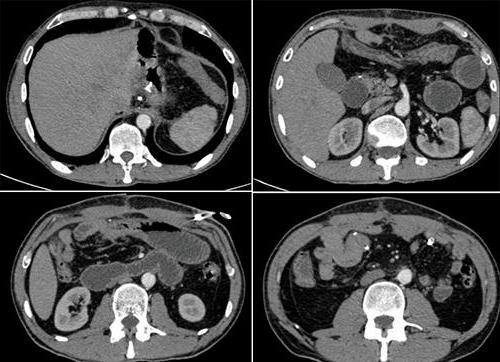 Syndrome The main cause of the development of the syndrome of the resulting loop is the Bilroth-2 operation. It is a massive surgical intervention and affects the entire body. Such an operation is performed with stomach cancer, with the development of complications of peptic ulcer, which can not be eliminated in more gentle ways. As a result of this manipulation, the PDK and part of the small intestine cease to actively participate in the act of digestion. Because of this, the syndrome of the resulting loop develops. 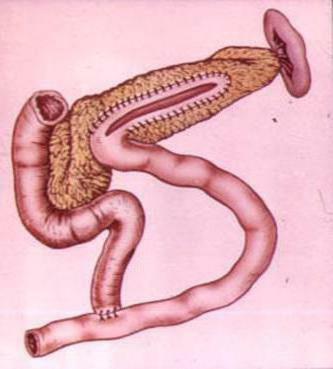 The following disturbances are the factors that affect this complication:

Syndrome of the resulting loop: the pathogenesis of the disease

The mechanism of development of the syndrome of the resulting loop consists of several links. First of all, there is a violation of anatomical and functional interactions that are habitual for the body. As a result of the "artificial" rearrangement of the digestive system, the evacuation of food changes. Food that has fallen into the "off" intestinal loop, can not pass further. Therefore, its reflux occurs - reflux. In addition, there is an inflammatory process in pathogenesis. It occurs due to stagnation of the digestive masses and hypotension of the DPC.The result is a secondary intestinal dysbiosis. Subsequently, he leads to inflammation of the digestive system: cholecystitis, pancreatitis, esophagitis.

hinge syndrome The main manifestations of this complication are pain and vomiting. Unpleasant sensations in the abdomen can appear right after the operation or with the passage of time. In the first case, there is a primary, acute syndrome of the resulting loop. It is characterized by pains of cramping and bursting character in the region of the right hypochondrium and epigastrium. With a chronic syndrome of the resulting loop, the clinical picture is less pronounced. Pain occurs mainly after eating, more often when eating fatty foods. Regardless of the time of occurrence of the complication( acute or chronic period), the disease manifests itself as vomiting. It appears after the growth of pain in the abdomen, usually following a meal. Because of frequent vomiting, up to 500 ml of bile per day is possible. A consequence of this is a progressive depletion of the body. Patients quickly lose body weight, experience general weakness. 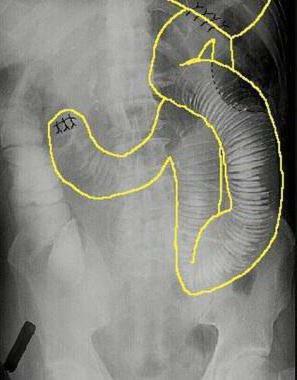 Syndrome of the leading loop: diagnosis of pathology

Diagnosis of the disease begins with the collection of anamnesis( resected stomach resection) and examination of the patient. First of all, it is necessary to learn about the nature of the pain and the frequency of vomiting, its connection with the methods of eating. When examining, you should pay attention to the asymmetry of the abdomen: the right section protrudes. This symptom passes after vomiting, as the contents of the loop goes out. Another sign is icteric sclera and skin.

In addition to evaluating clinical data, laboratory and instrumental diagnostics are performed. Changes can be in the KLA( B-12 deficiency anemia), blood smear, coprogram( appearance of leukocytes, undigested fats).With X-ray radiation, there is a niche symptom in the region of the leading loop, hypermotor dyskinesia. Contrast substance fills the leading loop. Endoscopic examination is also performed. With chronic syndrome of the resulting loop, inflammatory changes in the gallbladder and ducts are often noted. In some cases, pancreatitis develops. In this case, the pancreas is affected by inflammation. When sowing the contents of the intestine, a bacterial flora is noted, a disturbed ratio of pancreatic enzymes. The severity of the disease is determined by the depletion of the body, the magnitude of bile loss, the patient's condition. 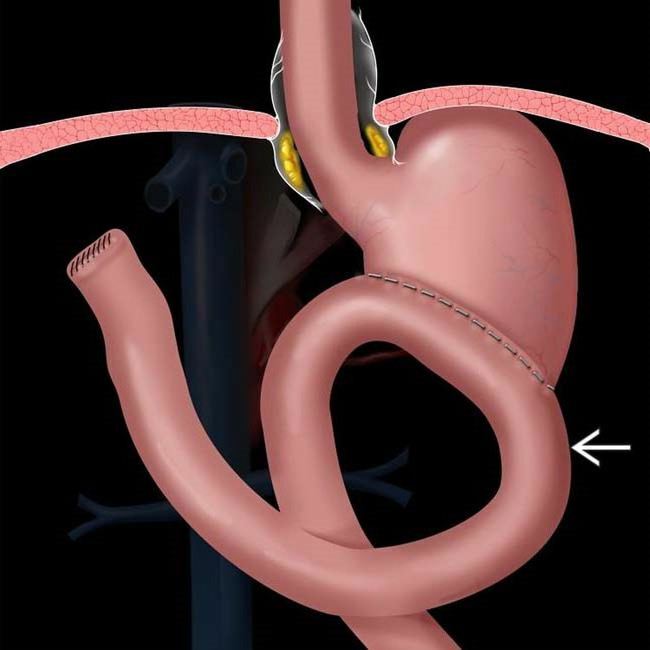 What is the danger of the resulting loop syndrome: complications of

It should be remembered that the syndrome of the resulting loop is a dangerous complication of gastrectomy. As a result of a constant loss of bile, there may be a significant depletion of the body. Food ingested into the body can not be properly digested( due to the "deactivation" of the duodenum and part of the small intestine), and useful substances are not digested. As a result of the development of intestinal dysbacteriosis, the digestive system is exposed to inflammatory processes. With the development of reflux-esophagitis, the pains behind the sternum, the feeling of "coma in the throat" are added to the listed symptoms. Cholecystitis is accompanied by the appearance of bitterness in the mouth, nausea. If inflammation of the pancreas is attached, the pain can be amplified, have a shingling character. With long-term pancreatitis, it is possible to develop diabetes mellitus. Complications of acute syndrome of the resulting loop include peritonitis and intestinal obstruction. These diseases require immediate surgical care.

loop syndrome The choice of method of treatment depends on the patient's condition, laboratory and instrumental studies. It is important to know the severity of the leading loop syndrome. Treatment can be conservative and operative. At an easy degree appoint a special diet, anti-inflammatory and antibacterial preparations( medicines "Cefrioxone", "Ciprolet").In some cases, repeated gastric lavage is required. With an average and severe degree, surgical treatment is necessary. It should be aimed at eliminating food stagnation. Most often, anastomosis is reconstructed. With the inflection of the leading loop, it is placed in the correct position and sutured to the peritoneum. The scope and type of surgical treatment can be different and depends on the cause of the complication.

hinge syndrome Currently, the Bilrot-2 surgery is being replaced by other surgical procedures. This is done to preserve the physiology of the digestive tract. If the Bilrot-2 operation was still performed, it is necessary to perform all preventive measures prescribed by the doctor. First of all, they include a diet. After resection, you should not eat fatty or heavy foods. Take food 6-7 times a day in small portions and in a semi-liquid state( cereals, soups).