Paragripp is an infectious disease. It causes the eponymous virus. Paragripp most often affects small children( an average of two to five to six years).The disease is different in that the intoxication syndrome is less pronounced than in the flu, and the causative agent is not so volatile. This disease is transmitted only by air-drop( aerosol transfer mechanism).If in the air there are droplets of saliva of a sick person, then with the inhaled air the virus settles on the mucous membranes, mainly on the upper respiratory tract. In the place of subsidence of the virus, inflammation arises - a protective reaction that arises in the body as a response to harmful effects. Appears edema, slime accumulates. Since the virus is able to completely destroy the cells of the epithelium, it through the upper respiratory tract enters the bloodstream and causes an intoxication of the body.

How does parainfluenza manifest in children? Symptoms and treatment of this disease will be described in the article.

virus Parainfluenza is a paramykirus containing RNA as a genetic material. It is quite large, in size reaches 300 nanometers. These viruses agglutinate( glue) the erythrocytes of humans and monkeys, guinea pigs and chickens. The causative agent is extremely unstable in the external environment. The apartment is kept in the air for no more than four hours. If you heat the environment of the virus to 50 degrees Celsius, then it is completely inactivated( loses its pathogenic properties) after 30 minutes.

The first period is incubation. It begins immediately after the introduction of the virus into the child's body and lasts for a week. In the last days of this period, the patient becomes dangerous to others, because it is a source of parainfluenza. The next period is prodromal. It lasts from two days to a week and is characterized by the appearance of the first catarrhal phenomena( focal inflammations arising on the site of the virus subsidence). 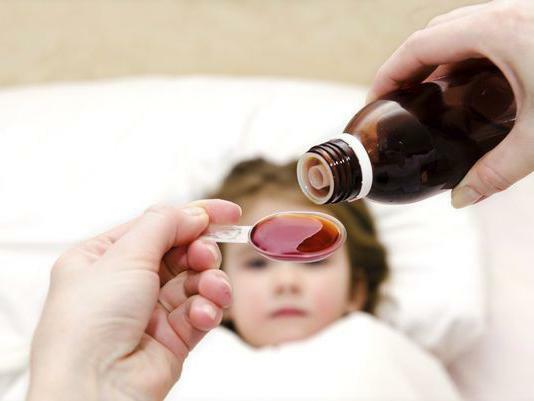 This disease is very common among military personnel. However, most often occurs parainfluenza in children. This infection accounts for 10 to 30% of all childhood respiratory diseases. The greatest increase in morbidity is observed in the winter among toddlers of the first few years of life. Outbreaks of this disease are common in groups( for example, in kindergartens).Almost every child has parainfluenza several times in his life.

Symptoms of this disease differ little from the symptoms of influenza or ARVI.These include weakness, a feeling of "aches" in the whole body, headache, fever and a worsening appetite. These symptoms are the body's reaction to the introduction of the virus.

Most of the specific symptoms are based on the fact that the parainfluenza virus in children affects mainly the upper respiratory tract. The voice becomes hoarse, the child constantly coughs, but phlegm does not stand out, there is a runny nose with purulent-mucous discharge. The baby has red enlarged tonsils that protrude beyond the edges of the palatine arch, the pharynx is edematous and also red. Often there is a syndrome of false croup. The larynx inflames, swells, which leads to its narrowing and poor airway patency. There is a false croup in the form of breathlessness on inspiration( inspiration) and a "barking" cough, as in whooping cough.

Influenza and parainfluenza in children is difficult to distinguish independently. For this reason, in no case should you neglect the advice of a doctor. 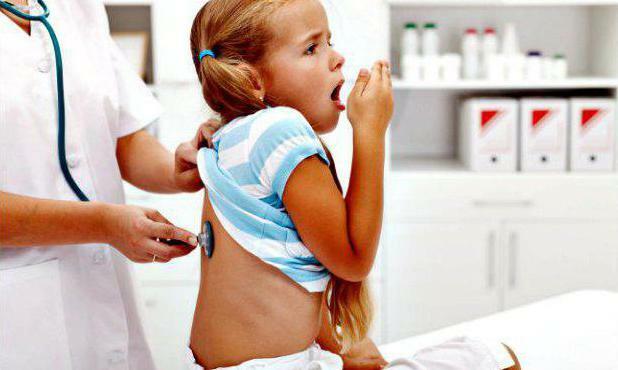 Children's immunity is not able to cope with this disease on their own, because immune cells can not produce enough antibodies. Thus, if you do not support the body, the disease will progress, worsening the general condition of the child.

The disease manifests itself immediately, the temperature rises to a mark of forty degrees already three days after infection.

If the parainfluenza is not treated, the child may experience various complications. These include sinusitis( inflammation of the sinuses of the nose), angina( inflammation of the mucous membranes of the throat), pneumonia( pneumonia) and so on. Common to all the above complications is that it is all bacterial infections. Most of their pathogens are contained in the normal microflora of the human body and are activated with a decrease in immune functions. These complications worsen the general condition of the child, negatively affect its further development. As a rule, when complications appear, fever increases( the temperature resumes or rises), the symptoms of intoxication appear more pronounced. Pneumonia is usually accompanied by a very strong weakness - a child can not even get out of bed. Cough from dry and "barking" is transformed into moist, purulent-mucous sputum, dizziness appears, sweating, chills, pulse increases, and with inspiration and exhalation there is pain in the chest.

At the moment, there are three forms of parainfluenza. Their difference is in how exactly the disease proceeds. There is an easy, medium and heavy form. During a mild form, the temperature either does not rise at all( normal), or keeps throughout the disease from 37.1 to 38.0 degrees Celsius( subfebrile).With moderate forms, the average temperature varies from 38.1 to 39.0 degrees( pyretic).The most severe form of parainfluenza occurs. The temperature rises above 39.1 degrees( hyperpyretic), the symptoms of intoxication are very pronounced.

Direct evidence for the examination are the manifesting symptoms - catarrhal phenomena, false croup syndrome. It is necessary to do a chest X-ray and a blood test, which detects antibodies to the virus.

Symptoms of parainfluenza in children are often similar to those of other viral diseases, such as influenza, adenovirus and respiratory-sicinal infections. Therefore, the final diagnosis can not be made only on the basis of objective and subjective symptoms, the results of laboratory research are needed.

There are five types of parainfluenza virus. The fourth and fifth are not dangerous to humans, but the first three are pathogenic and cause disease. Parainfluenza type 1 in children is characterized by a syndrome of false croup as a complication. The second is not much different from the first. But the third is considered the main pathogen. Its main complication is pneumonia, and the disease itself is most severe.

In general, a timely diagnosed disease is successfully treated. Parainfluenza can be treated in children at home, but only if there is no syndrome of false croup and severe bacterial complications( sinusitis, tonsillitis, pneumonia).It is carried out by symptomatic means( cough medicine, cold, antipyretic drugs).One of the most effective methods is the introduction of a special drug - influenza immunoglobulin. This drug contains antibodies to a particular type of virus.

Nevertheless, it is used only in severe forms of the disease. In mild and moderate forms it is considered sufficient to treat only the symptoms.
Important is considered bed rest. Also, high-calorie food is needed without any restrictions and an abundant warm drink.

Do not forget that the treatment should take place under the supervision of a doctor! 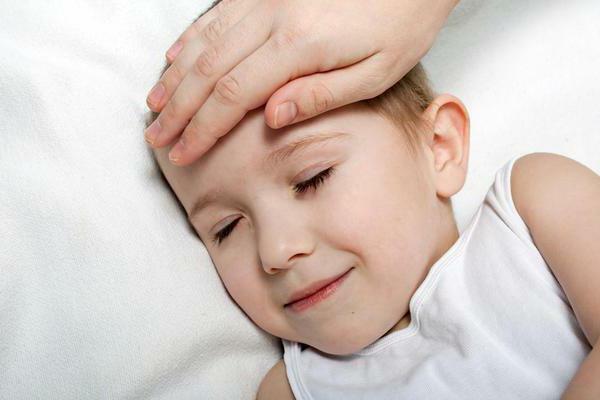 It should be remembered that treatment with folk methods is permissible only for older children who do not have associated pathologies. At kids and weakened children disease proceeds promptly, and process is lightning fast generalized. Therefore, in these cases, only drug treatment is indicated, preferably with hospitalization of the patient.

Most often the prognosis of the disease in children is positive. Lethal outcomes are extremely rare. Basically, this happens when serious diseases develop. These include pneumonia, as well as purulent laryngotraheobronchitis.

Prevention of parainfluenza is no different from the prophylaxis of other infectious diseases. A sick child needs to be isolated immediately after the disease was diagnosed. Isolation of viruses lasts about 5-7 days, so isolation is necessary for this period of time. The room where the patient is located should be constantly ventilated, and surrounding objects should be treated with a disinfectant solution. Contacts with the patient should be minimized, and in cases of forced situations it is necessary to use a medical mask. Also, antiviral and antibacterial drugs will not be superfluous. 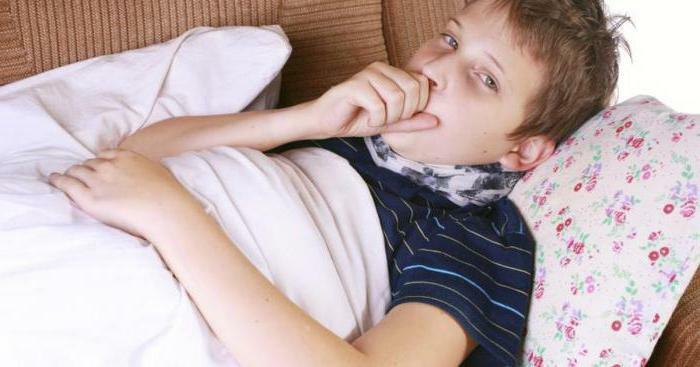 There is an opinion that there are no vaccinations against influenza and parainfluenza. This is not quite true. The flu is really very volatile, has a huge number of strains, and therefore graft from it is meaningless. With parainfluenza the situation is quite different. Vaccination from it exists, because, as mentioned earlier, this virus almost does not change. However, the debate about the effectiveness of this vaccine does not cease for a minute, so the decision on the need for immunization of the child is solely on the parents.

Based on all of the above, we can conclude that in the modern world parainfluenza in children is not something very terrible or dangerous. Most children successfully tolerate this disease, provided that all the necessary hygienic and preventive norms are observed. Also timely diagnostics and properly prescribed treatment are very important. Be healthy!