Each of us is immune from the situation when a close person or just a passer-by gets an electric shock, a heat stroke that leads to a stoppage of breathing, and often to the cessation of the work of the heart. In such a situation, only a momentary reaction and assistance will depend on the life of a person. Already students should know what is artificial heart massage and artificial respiration, with which you can return the victim to life. Let's understand what kind of receptions and how to properly provide them.

Before deciding on first aid, you need to find out in what situations breathing may stop. The main causes of this condition include:

These reasons are most common in medical practice. But you can call others - in life, which just does not happen!

Why do you need artificial ventilation?

Of all the organs of the human body, the brain most of all needs oxygen. Without it, after about 5-6 minutes, cell death begins, which will lead to irreversible consequences. 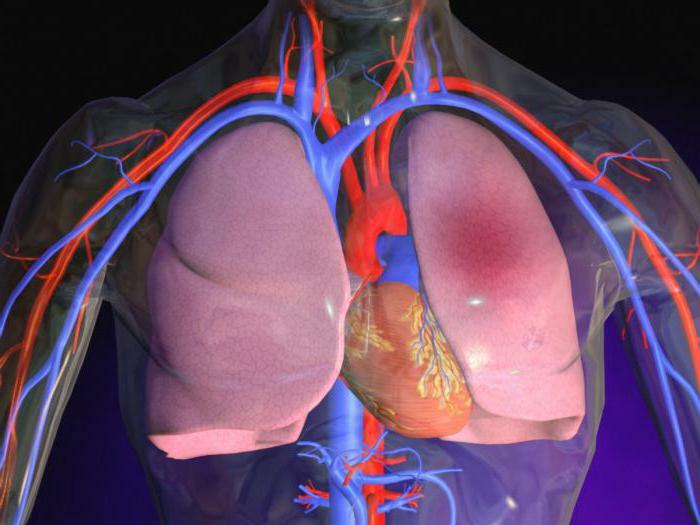 If first aid is not provided in a timely manner, artificial respiration and heart massage, then a person who returns to life can not be called a full-fledged person. The death of brain cells will subsequently lead to the fact that this body will no longer be able to work as before. A person can turn into an absolutely helpless creature that will require constant care. It is for this reason that the fast reaction of others who are ready to provide first aid to the victim is very important.

Features of resuscitation of adults

How to do artificial respiration and cardiac massage, are taught in the general education school in biology lessons. Only the majority of people are sure that they will never get into this situation, therefore they do not particularly understand the subtlety of carrying out such manipulations.

Once in this situation, many are lost, can not orient, and precious time goes away. Resuscitation of adults and children has its differences. And they are worth knowing. Here are some features of resuscitation in adults:

When all these factors are taken into account, it is possible to start resuscitation measures, if necessary.

Quite often a person loses consciousness, but breathing persists. In such a situation it is necessary to take into account that in the unconscious state all the muscles of the body relax. This also applies to a language that under the action of gravity slides down and can close the larynx, which will lead to strangulation.

The first thing when you find a person unconscious, you need to take steps to ensure free air intake through the larynx. You can put a man on his side or throw his head back and slightly open his mouth, pressing down on the lower jaw. In this situation there is no danger that the tongue will completely block the larynx.

After this, it is necessary to check whether self-breathing has resumed. Almost all of the films or biology lessons know that for this it is enough to bring a mirror to your mouth or nose - if it gets fogged, then the person breathes. If there is no mirror, you can use the phone screen.

It is important to remember that while all these checks are carried out, the lower jaw needs to be held.

If the victim is not breathing due to drowning, strangulation by strings or foreign body entry, the foreign object should be urgently removed and the oral cavity, if necessary, should be cleaned.

If all procedures are carried out and breathing has not recovered, immediate respiration, cardiac massage, if it has stopped working, is necessary.

If all the causes that caused respiratory arrest are eliminated, and it has not recovered, then urgently it is necessary to start resuscitation. Artificial respiration can be performed by different methods:

The first method is most often used. Unfortunately, not everyone knows how to do artificial respiration and heart massage. The rules are fairly simple, you only need to observe them exactly:

If the victim after all efforts does not come to his senses and begins to breathe on his own, then it is urgent to do closed heart massage and artificial respiration at the same time.

This method of resuscitation is considered the most effective, as it reduces the risk of air ingress into the stomach. The procedure is as follows:

Most often, if all the manipulations are performed correctly and in a timely manner, it is possible to return the victim to life.

The effect of cardiac muscle massage

Most often, artificial heart massage and artificial respiration combine with each other when providing first aid. Almost everyone represents how such manipulations are carried out, but that's what their meaning is, not everyone knows.

The heart in the human body is a pump that pumps blood vigorously and constantly, supplying oxygen and nutrients to cells and tissues. When performing an indirect massage, pressure is applied to the chest, and the heart begins to contract and push the blood into the vessels. When the pressure stops, the myocardium cells are straightened, and the venous blood enters the atria.

Thus, the flow of blood through the body, which carries everything necessary for the brain, is carried out.

For cardiac resuscitation to be more effective, it is necessary to lay the victim on a hard surface. In addition, you will have to unbutton your shirt and other clothes. The belt on the trousers for men should also be removed.

Further it is necessary to define as precisely as possible the point on the chest on which pressure should be applied. There are two methods for this:

After determining the desired pressure point, you can start resuscitation.

Technique of heart and respiratory massage

The sequence of actions during resuscitative manipulations should be as follows:

It should be noted that performing artificial respiration and indirect heart massage requires a lot of effort, so it is advisable that there is someone else nearby who could change you and help you.

Resuscitation measures in young children have their differences. The sequence of artificial respiration and heart massage in toddlers is the same, but there are some nuances:

Performing cardiopulmonary resuscitation, you need to know the signs by which you can judge about its success. If artificial respiration and external cardiac massage are performed correctly, then most likely, after a while you will be able to observe the following symptoms:

If artificial heart massage and artificial respiration do not work within half an hour, the resuscitation is ineffective, and it must be stopped. It should be noted that the earlier cardiopulmonary resuscitation has been initiated, the more effective it will be in the absence of contraindications.

Artificial heart massage and artificial respiration set a goal to return a person to a full life, and not just to delay the time of death. Therefore, there are situations when carrying out such resuscitation is meaningless:

The rules of artificial respiration and indirect heart massage suggest that resuscitation is started immediately, after the detection of cardiac arrest. Only in this case, if there are no contraindications, one can hope that a person will return to a full life.

We figured out how to do artificial respiration and heart massage. The rules are fairly simple and understandable. Do not be afraid that you will not succeed. Here are some tips to help save a person's life:

Such skills each of us may need at the most unexpected moment, and it is very important in such a situation not to get lost and do everything possible, because life depends on the correctness and timeliness of actions.