Cheap analogue of "Pulmicorta" for inhalations for children

An attack of bronchial asthma is a condition requiring urgent medical attention. As a rule, patients suffering from this disease have in their arsenal the means to stop the attack. However, a more formidable pathology is the development of croup or infectious-mediated inflammatory process of the upper respiratory tract in children. Due to the peculiarities of the anatomical structure and functioning, looseness of the submucosal layer and rich vascularization, the inflammatory process develops swelling of the submucosal layer that blocks the child's airways. The developed laryngospasm is a condition requiring emergency medical care."Pulmicort" - a drug used to reduce swelling and facilitate breathing in this group of patients. Let's consider not only the drug itself, but also an analogue of "Pulmicort" for inhalations.

"Pulmicort" is the trade name of the drug with the main active substance, called budesonide. This glucocorticosteroid agent exhibits a pronounced anti-inflammatory effect when applied topically. 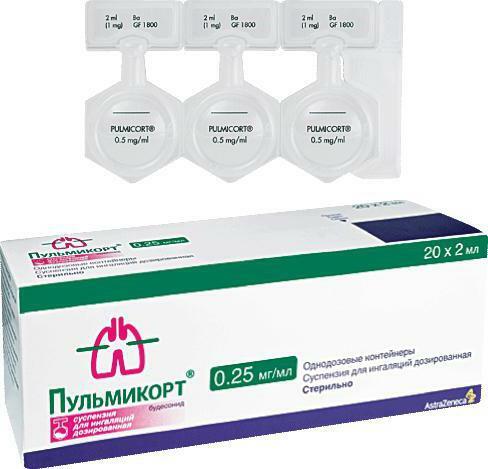 Due to inhalation, budesonide penetrates both the initial and the more distant parts of the bronchial tree, contributing to the reduction of swelling of the submucosal layer. With topical application budesonide does not have a systemic effect, which significantly reduces the incidence and severity of adverse reactions.

"Pulmicort" is used for the treatment of bronchial asthma in the category of patients for whom the use of spraying the drug with compressed air or as a powder is unacceptable.

In addition, "Pulmicort" is used to stop croup in childhood( starting from 6 months) with further hospitalization in a medical institution.

Given that the "Pulmicort" is a suspension for inhalation, the administration of the drug is carried out with the help of nebulizers, and the final effective dose effecting may vary depending on the device used. 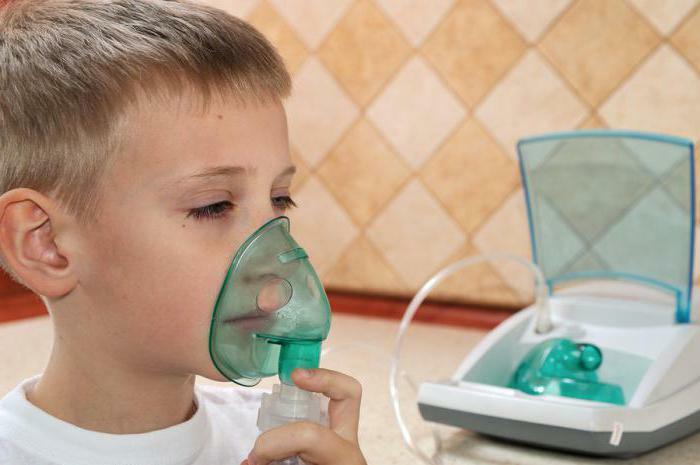 In the case where the Pulmicort analogue is used for inhalations in the form of a special inhaler, an effective dose for children can be provided by injecting two to three doses of the drug into the inhalation mask. The latter can be made from a plastic bottle, cutting it from one edge. The resulting edge should be sealed with adhesive plaster and cotton wool, and in the second - inserted inhaler. Thus, without using the "Pulmicort", analogues for children can be inhaled to young children through such a mask.

The Pulmicort drug, despite its local effects, is able to exert a resorptive effect, and cause side effects that are characteristic of glucocorticosteroids. Of course, the frequency and severity of these effects with inhalation is much less than in the systemic. Among such systemic effects, we can note a delay in the growth and development of children, a decrease in the density of bone substance and its mineralization. In addition, probably clouding the lens, reducing visual acuity and increasing intraocular pressure.

Conducted randomized studies indicate that "Pulmicort" with high frequency causes hoarseness or hoarseness of the voice, cough with irritation of the mucous membrane of the throat.

Due to immunosuppressive effects and the deposition of the drug on the surface of the mucous membrane of the oropharynx, the development of candidiasis is noted. For prophylactic purposes, after each inhalation, rinse the oral cavity. 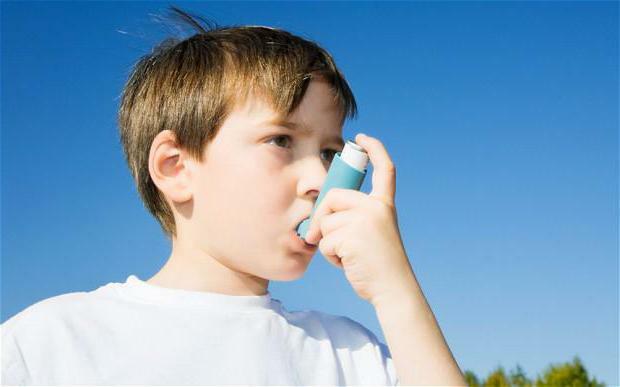 With a much lower frequency, Pulmicort is capable of causing nervous system disorders that are manifested by nervousness, anxiety, depressive and behavioral disorders.

Allergic reactions are noted as single, manifested by a skin rash, dermatitis. It is very rare that there is an angioedema and a shock condition.

The use of the drug is contraindicated in case of hypersensitivity, the occurrence of paradoxical bronchospasm. It is not recommended for use as an inhalation agent "Pulmicort" in patients with an open form of pulmonary tuberculosis, with fungal infections of the respiratory tract.

To date, a large number of analogues of the drug "Pulmicort" are represented on the pharmaceutical market. Among them you can note: Apulein, Benakap, Benacort, Benarin, Budesonide, Bunoster, and many other drugs that represent the Russian analogue of Pulmicort and contain glucocorticoid hormones.

And what if I do not want to use hormone-based inhaled medications? You can use selective adrenomimetics, representing analogues( cheap) "Pulmicorta".The rejection of hormonal drugs is often due to poor patient awareness of the drug or its high cost. 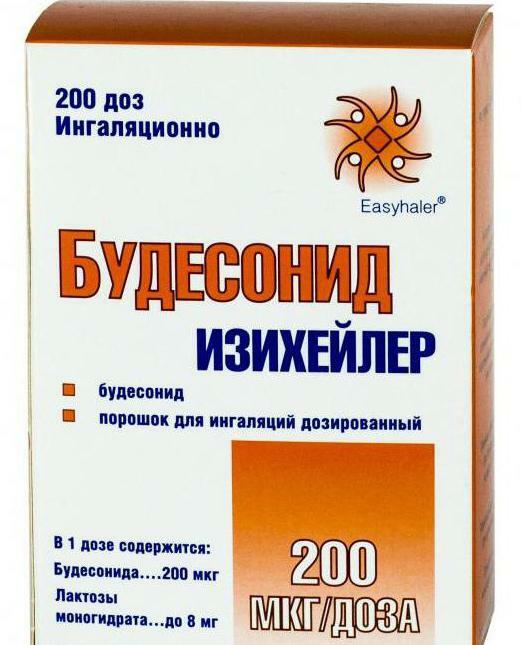 Among non-hormonal drugs that represent the analogue of the "Pulmicort" for inhalations, you can recommend beta-adrenoreceptor agonists: "Salbutomol", "Ventlin".This group of drugs, due to the peculiarities of the mechanism of action, does not contribute to the removal of puffiness, but it helps increase the clearance of the bronchial tree by expanding the smooth muscles of the bronchi.

As a combined medicine that can be used as an analogue of "Pulmicort" for inhalations, you can recommend "Seretid".In its composition, this drug contains a beta-adrenoreceptor agonist salmeterol, as well as an inhalation glucocorticosteroid fluticasone propionate. The effectiveness of using this tool is achieved by expanding the lumen of the bronchial tree, as well as by providing a local anti-inflammatory effect on the bronchial tree. It is worth saying that "Seretid" is not a fluid for inhalations, it is a powder with a special inhaler. This requires careful attention to the procedure, but this drug may well act as an analogue of "Pulmicorta" for inhalation of a child for 4 years.

Cost of "Pulmicort" and its analogues

Would you like to purchase medicines in which the active substance is budesonide - "Pulmicort", analogues? The price of the original drug is about 1000 rubles for 20 doses of 2 ml containing 0.25 mg / ml budesonide, and about 1400 rubles for 20 similar doses with a budesonide content of 0.5 mg / ml. 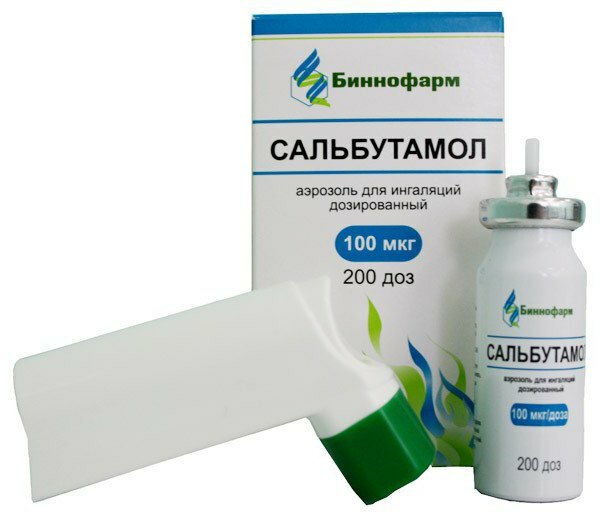 With the help of the above medicines, the removal of an attack of bronchial asthma or croup in children at home is not such a complicated procedure. It is important to remember that croup is a direct indication for hospitalization in a medical institution.

If after two or three inhalations of medicines the baby does not become easier to breathe, be sure to call an ambulance and inform your doctor. And the last - if there is no opportunity to purchase a nebulizer, or simply was not at hand at the right time, buy analogues( cheap) "Pulmicorta".