"Resalute Pro"( RESALUT®Pro) is a medicinal product( hepatoprotector), which has the ability to influence the mechanisms of pathogenetic origin. They provoke liver diseases. The drug is able to improve the functions of this organ by embedding cells in the membrane tissue. Thus, the remedy replenishes the shortage, produced in the body of phospholipids. They are responsible for controlling metabolic processes, and their lack is capable of provoking disruptions in metabolism. The instruction "Resalute Pro" will tell about the medicine in more detail. 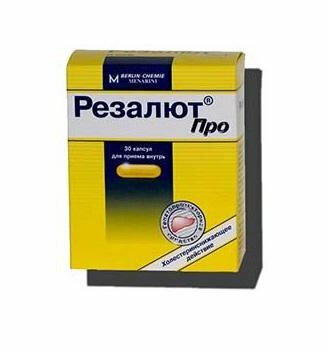 "Resalute Pro" is issued in the form of capsules, their outer shell is gelatinous. Capsules have a transparent color, oblong form, and inside they contain a viscous substance of a yellowish-golden or brownish-golden hue. They are packaged in packages with cells marked out with a rigid contour of 10 or 20 pieces. The sale comes in boxes of cardboard for 1, 3 and 5 packs.

The instructions for the application "Resalute Pro" state the following.

The unit of the preparation contains a lipoid of the form PPL( 600) - an active substance. It consists of complex lipids, esters of polyhydric alcohols and higher fatty acids, as well as lecithin of soy, medium chain triglycerides, tocopherol of type A, mono / dialkonate of glycerin. As additional substances, manufacturers use filtered soybean oil. To create a shell, use gelatin( 15%) and glycerol( 85%).

Approximately 77% of the soybean phospholipids are lecithin. Of the fatty acids most of all linoleic.

The instructions "Resalute Pro" indicate that the hepatoprotective effect is due to the acceleration of the restoration of the liver tissue of the liver, the stabilization of the membrane part of cells, inhibition of the oxidative process of lipids and a decrease in the synthesis of collagen in the liver.

Under the influence of the preparation "Resalute Pro" the level of cholesterol is markedly lowered, the lipid metabolism is normalized. 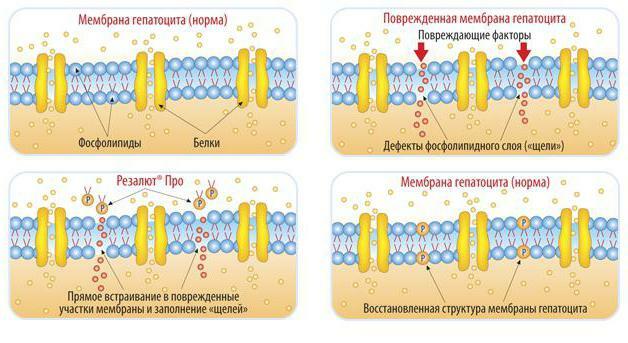 "Resalute Pro" is prescribed if the patient:

Also in the instructions "Resalute Pro" it is said that the drug should be used for hypercholesterolemia. But only if the therapy with other drugs and dietary nutrition has not produced results.

This remedy is not recommended for use in cases of severe sensitivity to the components of the drug, also with antiphospholipid syndrome.

The remedy "Resalute Pro" can not be taken under the instruction for children under 12 years of age.

Dosage and methods of use

Treatment is prescribed by the doctor individually for each patient, setting the dosage. If the patient has no recommendations for use, then the drug is taken 2 capsules 3 times a day.

According to the instruction, the capsule "Resalute Pro" should be washed down with a small amount of liquid, preferably water without gas. Take it 10-15 minutes before eating. The duration of the course of treatment depends on the course of the disease.

If the patient does not show signs of improvement after 14 days of conservative therapy with this drug, then it should be discontinued due to inefficiency. In such cases, the doctor selects other medications.

When taking the drug "Resalute Pro", side effects may occur, but this happens in extremely rare cases. Sometimes there are allergic reactions in the form of hives, itching, redness of the skin( less often a small rash with signs of puffiness), as well as diarrhea, unpleasant sensations of heaviness and soreness in the upper abdomen. Women may experience bleeding between menstruation.

Currently, no cases of intoxication and drug overdose have been observed. It should be noted that the dosage indicated in the manual is not universal. The dose is selected individually, depending on the age of the patient, the severity of the condition, the constitution, the presence of concomitant diseases.

During the period of gestation, the drug is prescribed only if the intended benefit outweighs the harm. This is due to the fact that there are no data on the admission of funds by women in this period.

No information is available on the ability of the drug to enter breast milk. If there is a need to take "Resalute Pro", breastfeeding is recommended to be discontinued. 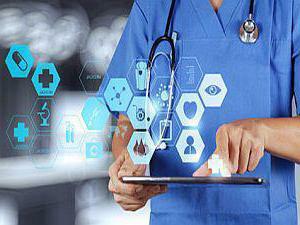 When taking the drug, all factors that are able to negatively affect the liver( alcohol, fatty foods) should be excluded.

During treatment of patients with hepatitis in the chronic stage, "Resalute Pro" is prescribed only with a positive dynamics lasting at least 13-15 days.

No data are available on the effect of these capsules on humans during vehicle management.

"Resalute Pro" is recommended to store at room temperature not above 26 degrees Celsius. It is desirable to store it in places difficult to reach for children. Shelf life of the drug in the package is 24 months. At the end of the period, the drug should not be taken, this can worsen the health and provoke poisoning. 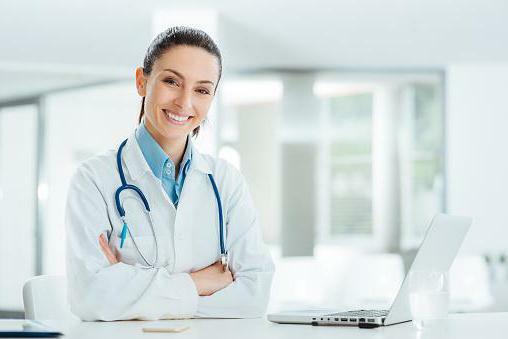 Leave from pharmacies and cost

At pharmacies, a medicine can be purchased without a doctor's prescription. The cost of one average package of 30 capsules varies from 398 to 455 rubles. A large package with 50 capsules costs 617 - 788 rubles, for 100 capsules the price starts from 1390 rubles.

doctors We have got acquainted with the instruction to "Resalute Pro".The doctors' comments on the drug report the following.

Also, doctors note that after the course of therapy in patients there are positive changes. This is proved by laboratory studies. In patients, overall well-being improves, detoxification is noted, and cholesterol levels drop significantly. In taking the drug, the appetite rises, the normal state of the skin and mucous membranes is restored.

Doctors recommend that you carefully study the instructions for use and reviews of "Resalute Pro" before you start taking it.

Reviews of the drug from patients are mostly positive. They note the improvement of health after the first course of therapy and the fact that the drug can be bought without a doctor's prescription. This facilitates preventive measures, because there is no need to visit the hospital to get a prescription. 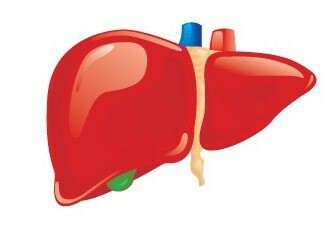 preparations Currently there is no reliable information about the incompatibility of "Resalute Pro" with other drugs. However, do not recommend taking the drug simultaneously with the anticoagulants coumarinovogo number. In such a case, the dosage should be adjusted to make the therapy more effective.