Angiomyolipoma of the kidney: is it dangerous for life, causes, symptoms and treatment

How does kidney angiomyolipoma develop, is it dangerous for life? This condition involves the involvement in the pathological process of a layer of fat, muscle tissue, as well as the epithelium of the kidney. A benign tumor consists mostly of a fatty layer.

As a rule, angiomyolipoma extends to the kidneys. The disease can affect a person of any age, but in older people it occurs much more often. The risk group can include people from 40 to 60 years. It should be noted that cases of the disease are more often recorded in women. How serious is the disease and how is the angiomyolipoma of the kidney removed? The treatment and the danger that the disease brings will be described in this article. With timely treatment, the pathology can be completely eliminated. Varieties of the disease

Angiomyolipoma is a benign tumor in the kidney. The disease also received another name - "renal hamartoma."Neoplasm refers to the category of mesenchymal pathologies affecting soft tissues.

There are two forms of pathology: primary sporadic appearance and genetic disease.

In the first case, the tumor affects the body in itself, without genetic factors, and in the second case the leading role is given to heredity.

There is also an absolutely separate disease of Burneville-Pringle, or tuberous sclerosis. With it, kidney damage is noted, but other symptoms are also noted.

In case of tumor localization, a one-sided lesion is diagnosed in the left or right kidney. If the pathology is diagnosed in both kidneys, then the doctors speak about a bilateral form. One-sided form develops in 75% of cases.

In addition, angiomyolipoma can be typical and atypical.

In a typical form, the neoplasm mostly contains muscle tissue or the fatty layer, which is much more common in medical practice.

With atypical form of adipose tissue there. This makes therapy difficult. After all, adipose tissue is removed with minimal consequences. Also this form makes diagnosis difficult. In this case, the probability of an erroneous delineation of a benign neoplasm and a malignant tumor is great. 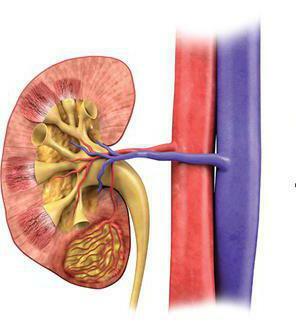 What is affected by illness?

As a rule, in this disease, the brain and cortical layer of the kidney is involved in the pathological process. The tumor promotes the formation of a capsule, which fences off from healthy tissues.

What is fraught with such a disease as angiomyolipoma of the kidney( left and right kidney)?It is dangerous that sometimes it develops according to a special scenario. This happens with the parallel effect of negative factors, for example, incorrectly selected therapy or the presence of additional pathologies in the kidneys.

Neoplasm can germinate into the inferior vena cava, lymph nodes located side by side, or pericarpal stent. In some cases, vessels that can burst and provoke the appearance of hemorrhages are affected. 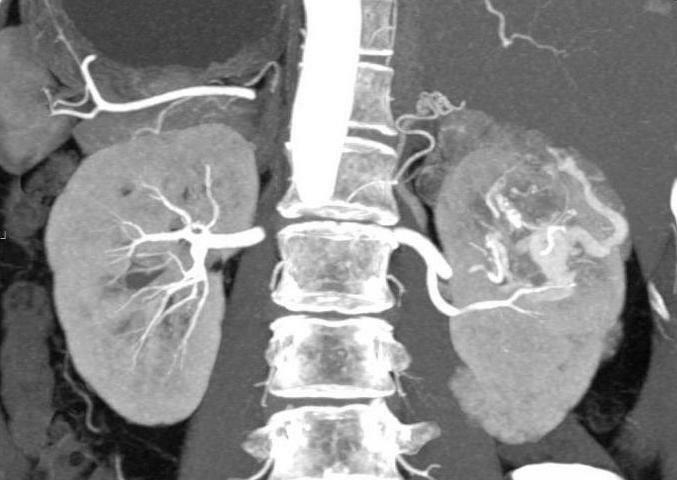 Many are interested, angiomyolipoma than dangerous? Often, a vascular twisting is diagnosed. So there are spirals, the ruptures of which can cause intense internal bleeding, which threatens the life of the patient. The blood enters the abdominal cavity and spreads into it. Vascular walls that contain muscle tissue become thick and round, as the muscle tissue is completely or partially degenerated into a connective. As a result, there are perforations that threaten an aneurysm and other dangerous complications. 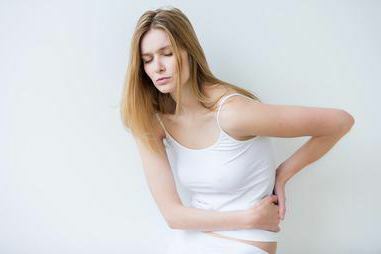 Causes of the development of the disease

The development of the disease can be due to absolutely different reasons.

To a number of provoking factors it is possible to rank:

How does the angiomyolipoma of the kidney manifest itself? What is dangerous for this disease? With timely treatment, the disease can be completely eliminated. But the insidiousness of the disease lies in the fact that in the early stages of the symptomatology can be erased. Manifestations become apparent when the tumor grows. 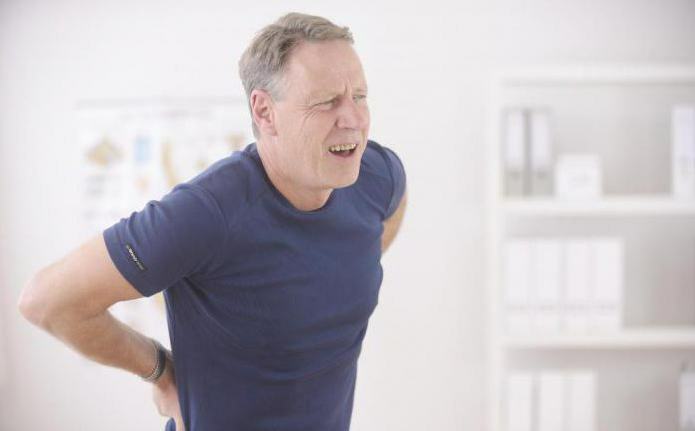 A number of symptoms should be considered:

If the tumor becomes large, it can be detected by palpation.

If therapy has not been performed in a timely manner, then life-threatening consequences may occur. In the first place with vascular rupture and the presence of bleeding, peritonitis may occur. With extensive hemorrhage in the abdomen there is a threat of death. What is the risk of angiomyolipoma of the kidney? Is it dangerous for life in case it gets large? In this case, the tumor can exert pressure on neighboring organs, preventing their full-fledged work. For example, if the right kidney is affected, the appendix and even the liver are squashed. Neoplasm can burst, which also carries a life threat.

Another major complication is necrosis or death. In this case, the kidneys just stop working.

Do not forget that a benign neoplasm can degenerate into a malignant tumor. 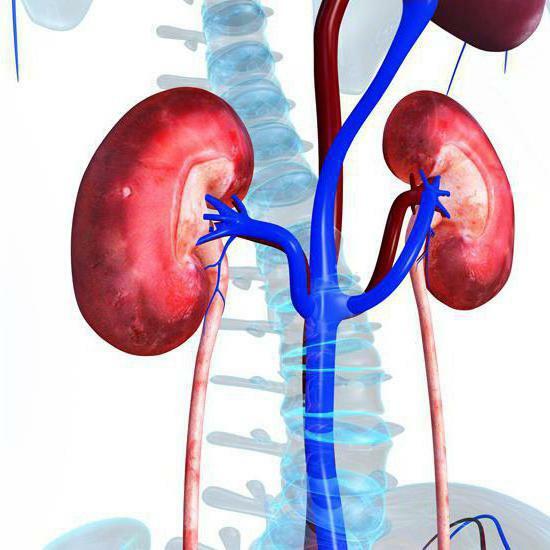 First of all, an ultrasound examination is recommended, which will help to identify the tumor. In a number of cases, it is advisable to perform magnetic resonance imaging.

The general analysis of blood and urine has a high degree of effectiveness. It is capable of displaying the state of the urinary system.

The biopsy method is also used. To determine the nature of the tumor from the kidney, the liquid is taken for examination by the method of surgery or puncture. This method makes it possible to diagnose the presence of oncology. 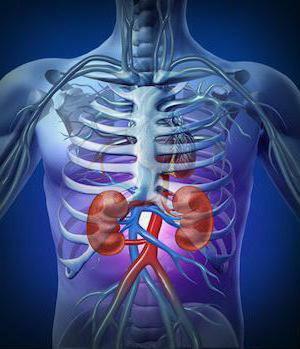 medicines There is evidence of high efficacy of some drugs that belong to the group of inhibitors. After a course lasting a year, in some cases, the tumor may decrease in size by a factor of two.

If there is a very rapid increase in angiomyolipoma, then resort to an operative method.

With regard to treatment in popular ways, it often does not give any results.

Whether the kidney angiomyolipoma is operated, is it dangerous for life if surgery is required? In some cases, it carries a threat and requires urgent removal.

Based on the results of diagnostic procedures, a specialist develops an individual therapy plan, which necessarily takes into account such important points as the stage where the tumor develops, its size and location.

In accordance with modern standards in the field of oncology, a tumor with a diameter greater than 4 cm is eliminated by a wait-and-see technique. This method is based on periodic monitoring of the patient's condition. The patient is shown to perform ultrasound and X-ray diagnostics once a year.

In addition to exceeding the threshold size, the indication for an operative intervention is:

In the practice of oncologists during surgery, the following methods are proposed:

Is angiomyolipoma dangerous? The prognosis and survival rate are positive. The tumor belongs to the category of benign tumors that are in the capsule. This explains the favorable outcome of treatment. In most patients, after surgery, complete recovery is observed. 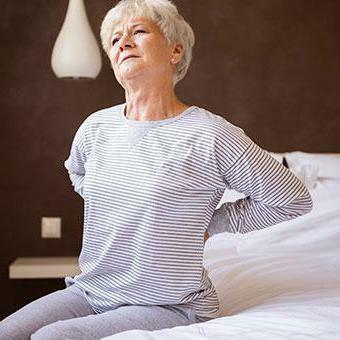 How the kidney angiomyolipoma proceeds, whether it is dangerous for life, has been described in this article. Pathology is one of the serious diseases, but can be treated. The main thing is the diagnosis and the correct treatment.