The drug "Gabapentin": analogues, reviews, instructions for use

This disease, like epilepsy, is familiar to people since ancient times. It is associated with the disruption of the central nervous system, in particular, the cerebral cortex. To anticipate the time of convulsive seizures is almost impossible, they can be provoked by a strong overexcitation, and a sudden negative disorder.

If earlier with this type of disease struggled with the help of folk methods, today it is possible to more or less normalize the condition of patients with the help of certain medications. One of them is the drug "Gabapentin", it is produced in Russia by the companies of "Canonfarm Production" CJSC and "Peak-Pharma" LLC.Also there is a drug in pharmacies with this name of Indian production. The average price of packing capsules is 500 rubles.

Properties of the drug "Gabapentin"

Active active substance - gabapentin. Getting into the patient's body, it helps to reduce the risk of neuropathic pain. This substance increases the synthesis of GABA, inhibits the release of neurotransmitters of the monoamine group. 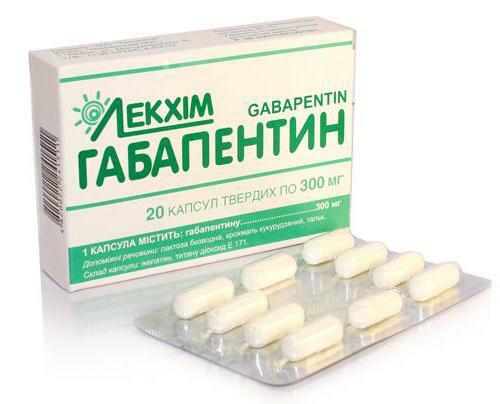 After taking the capsule, the effect is achieved after 2-3 hours. The drug is useful in the treatment of convulsive seizures in both adults and children.

Instructions for use, analogues of this medication will be considered below for the drug "Gabapentin".Since it can not be suitable for all patients and not everyone is comfortable with its price, many are looking for cheap alternatives or alternative means for treating epilepsy.

Instructions for use, indications and contraindications, side effects of

The drug in question should not be administered to patients on their own, that is, without the advice of a physician. Treatment should only take place under the supervision of a doctor. It is the doctor, according to the recommendations on the use of the drug and the assessment of the complexity of the diagnosed condition of the patient, determines the dose of the drug.

When used in medical therapy, the physician should be aware of the medications that the patient can take. Interaction with other drugs may adversely affect the patient's body.

The drug Gabapentin is prescribed for monotherapy of focal seizures in adults and children from the age of 12, as an additional treatment for epilepsy in combination with other drugs in adults, with migraines, with neuropathic pains, in women during intense hot flushes manifested with menopause.

Contraindications to admission are as follows:

- hypersensitivity to the components of the medication;

- metabolic disorders with respect to absorption of glucose and galactose;

When taking the capsules, they are washed down with water.

The drug "Gabapentin" can cause the following side effects:

- swelling of face and body.

Reviews about the drug "Gabapentin"

Many doctors( and the patients themselves experience this) note the fact that this tool is able to be addictive. As necessary, the dosage of the drug is reduced gradually within one week.

Many patients report a manifestation of a bad mood, lethargy, confusion, sometimes even there are cases when patients are prone to suicidal thoughts, which are pushed by a prolonged depression.

The foregoing focuses once again on the fact that self-treatment with this remedy is inappropriate and can have negative consequences.

Synonyms for the drug

Despite the high quality of the drug noted by the specialists, in medical practice we apply a large list of drugs of such influence on the body of people with epilepsy of people.

For the medicament "Gabapentin", the analogue can be selected from a group of drugs that also contain the substance gabapentin. These include capsules of the German production "Gababammam"( 900 rubles), "Neurontin"( 1400 rubles), the Russian release of the capsule "Gapentec"( 460 rubles), "Convalis"( 500 rubles), the drug of the Hungarian production "Tebantin"( 1600rubles), a domestic medicine "Topiromat"( 600 rubles), Croatian capsules "Catena"( 800 rubles). 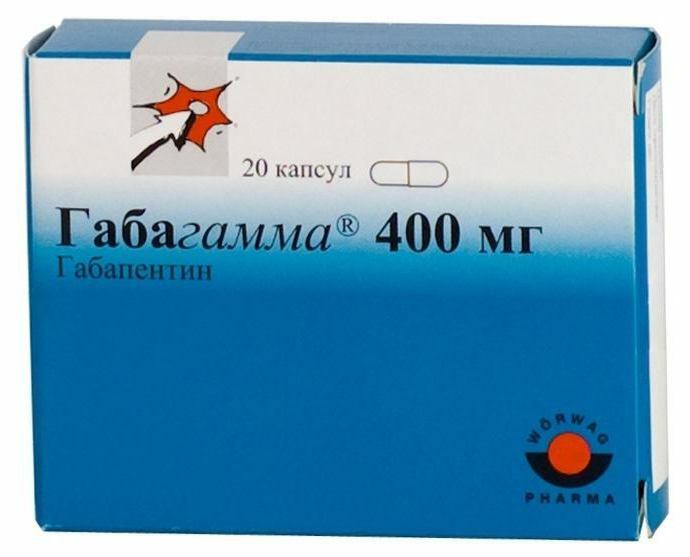 From this group of drugs, patients unequivocally speak positively about the drugs "Gabagamma" and "Topiromat".It is noted that these drugs effectively prevent epileptic seizures. In Russia, tablets "Topiromat" are a preferential medicine in some regions, so people of this drug "Gabapentin" analogue, despite its high cost, bothered to try it, but it is sometimes too expensive for people not included in the list of beneficiaries. Therefore, more often patients and their relatives are also interested in effective, but cheap medicines.

More expensive preparations of the Hungarian and German release are also worthy of attention, their influence is most effective, they cause fewer side effects, but still they are refused more often because of higher prices, preferring more affordable means for treatment.

Analogues of the drug with pregabalin

To the drug "Gabapentin" analogue can be selected from a group of other medicines that treat epilepsy and convulsive seizures. They can contain in their composition other active substances acting on the central nervous system, similar to gabapentin. There are many such.

The action of the element( it contains not one drug "gabapentin" analogue) pregabalin is identical to gabapentin. But still, the influence of the former is considered more effective. Pregabalin is included in the medicinal preparation "Algerika", produced in the form of capsules( the cost of one package is 600 rubles), as well as the drugs "Pregabalin Canon"( the price is 700 rubles). 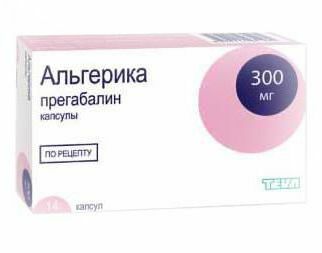 Despite their effectiveness, patients note the fact that gabapentin acts faster compared to them. Many are frightened by such side effects of Algeric's medication, such as reduced vision, fog in the eyes. And the preparation "Pregabalin Kanon" in many causes a drowsy condition, fatigue.

Yes, and their cost is higher than the means under consideration. So, not always the price emphasizes the quality and possibilities of the medicine to lower the threshold of the occurrence of epileptic seizures.

Pregabalin is also addictive, so its cancellation is done by gradually lowering the dosage.

There is another substitute with pregabalin - capsules "Lyrics", they cost 650 rubles. Contain a very large list of side effects, so they are taken with great care, are not recommended for the treatment of children. 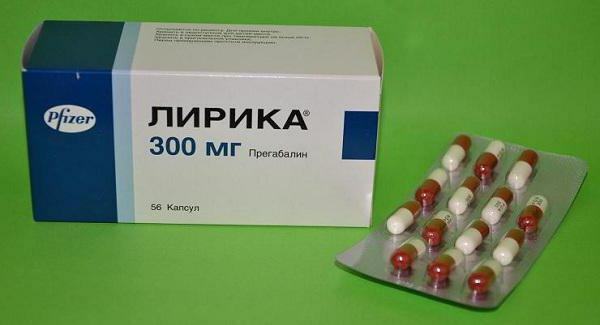 Very many doctors mark the quality of the effect on the normalization of the state of epileptic patients with a substitute for the drug "Gabapentin", an analog of "Lyrics" - a drug "Prabegin" of Hungarian production( costs 600 rubles).

The pharmaceutical market is saturated with drugs that can replace the drug "Gabapentin".An analogue of this medication may include lacosamide. It is contained in the drug "Wimpat"( more expensive than "Gabapentina" 5 times) of German production. 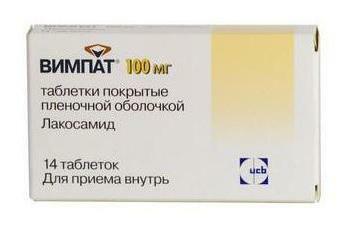 This medication "Gabapentin" analog is recommended for adults. It does not fit cores, patients with kidney failure. His instructions indicate a minimal list of side effects, the most frequent - dizziness and nausea, rare - an allergy to the components of the medication.

topiramate The pharmacodynamics of topiramate is identical to gabapentin. It contains the following drugs "Gabapentin" analogues: a medicine "Topamax"( 600 rubles), tablets "Topilepsin"( 400 rubles). 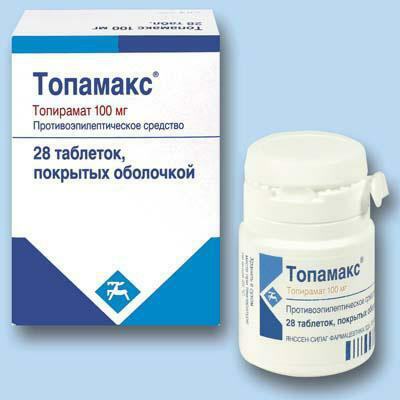 These medications can cause both visual impairment( glaucoma development), and speech impairment, and confusion, and kidney stone formation. Accept with extreme care. With many drugs, they can not be combined, so the complex therapy of the treatment of epileptic seizures excludes them from the list.

This substance can also replace gabapentin. It is contained in such drugs as "Tiramax", "Levicon", "Levitsitam."These medicines are also not cheap. The average cost is 600-700 rubles.

Levetiracetam is not recommended for use in the treatment of children under 6 years of age. This substance( many of the patients' opinions do this) can cause irritability( especially in children), aggression, hallucinations.

There is no substitute that does not cause serious side effects if you evaluate all of the above mentioned "Gabapentin" analogs. Reviews of people talk about the discomfort of taking these. But nevertheless, the need to undergo medical therapy is the only option for today to prevent epileptic seizures.

Medication "Gabapentin": analogues are cheaper than

Because epilepsy treatment is very expensive, many still try together with doctors to choose cheaper drugs. So you can recommend such for the "Gabapentin" analogs in Russia, like tablets "Paglyuferal"( cost within 100 rubles), capsules "Convulsan"( 270 rubles), pills "Lamolep"( 400 rubles), tablets "Seizar"( 300rubles).

The list of cheap medicines is not so great, but it can replace the use of expensive drugs.