The drug "Carboplatin": instructions for use, analogues and reviews

How can I replace a medicine like Carboplatin? Analogs of this drug will be listed below. Also, in the materials of this article will be provided information on the correct use of this tool, its evidence, side effects and contraindications. 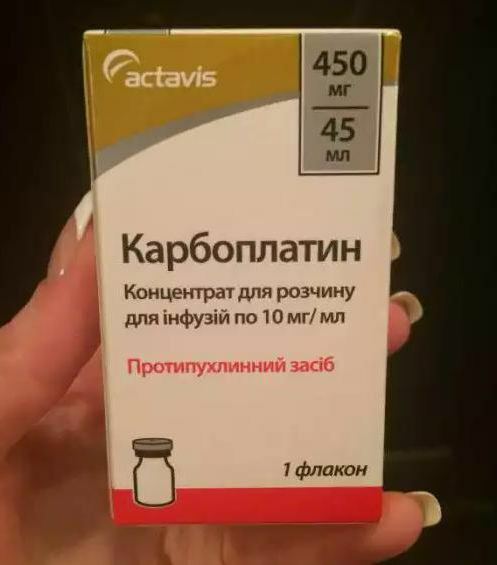 In what form is the preparation "Carboplatin" manufactured? The manufacturer claims that this product can be purchased in the form of white lyophilized powder, intended for the preparation of an intravenous solution. Its active component is carboplatin, and additional - mannitol.

For sale, the injection concentrate "Carboplatin", the composition of which we presented above, comes in vials, which are placed in cardboard packages.

What is the drug "Carboplatin"?Instructions for use, reviews report that this is a complex compound of inorganic origin, containing a heavy metal such as platinum.

Specialists suggest that the mechanism of action of this tool is due to its ability to bind to DNA.As a result, intra-helical cross-links are formed that alter the structure of DNA and suppress its synthesis. This effect is manifested independently of the phase of the cell cycle. It should be noted that the hydration of carboplatin, during which the active form of the drug is formed, is much slower than the hydration of cisplatin.

Kinetic parameters of the drug

How does the distribution of the drug "Carboplatin" occur in the human body? The instruction for use says that after a single injection of this agent in the form of infusion( intravenous) for 60 minutes, the concentration in the blood of free( i.e., ultrafiltrate) and total platinum decreases in accordance with the 2-phase model of first-order pharmacokinetics.

The initial half-life of free platinum is approximately 2 hours, and the terminal T1 / 2 is 3-6 hours. It should also be noted that for general platinum, a similar initial half-life is typical, but it has a more prolonged half-life( about a day). 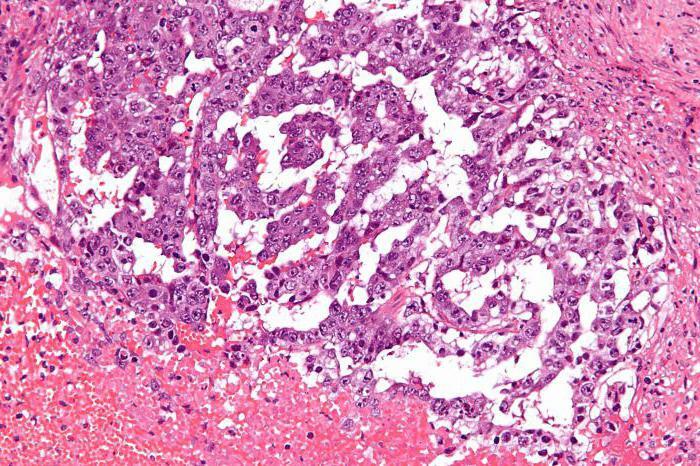 With the repeated administration of this drug for 4 days in a row, the accumulation of platinum in the blood is not observed. One day after the application of this drug, about 85% of its active component in the plasma is in the protein-related state.

How does the drug "Carboplatin" go? The instruction states that this preparation is excreted mainly by the kidneys( approximately 30% of the administered dose goes unchanged).

In view of the fact that the excretion of "Carboplatin" is almost entirely by glomerular filtration, only a small concentration is observed in the renal tubules, which explains the low nephrotoxic potential of the drug compared to cisplatin.

When is the use of the drug considered? According to the instructions, this drug is intended to treat the following tumors:

Restrictions on the use of the infusion solution

What are the contraindications to the drug "Carboplatin"?The use of this medicine is prohibited when: 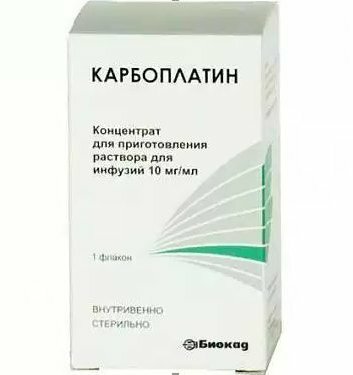 Also with caution this medication is prescribed for:

Medication "Carboplatin": instructions for use

Depending on the size and where the patient is localized tumor, doctors use different dosages of "Carboplatin."It should be administered intravenously in the form of infusion over a period of 17-55 minutes.

How should I use Carboplatin? The instruction indicates the following dosages of this remedy:

It should be specially noted that the interval between the administration of this drug, with a platelet ratio of 100,000 / mm2 and neutrophils of 1,500 / mm2, should be at least 4 weeks.

After and before the application of "Carboplatin" additional fluid management, as well as conducting forced diuresis is not required.

If the patient has hematologic toxicity of severe or moderate severity, it may be necessary to reduce the dosage of the drug by 26%.

In renal pathologies, the risk of developing toxic effects of the drug is significantly increased, and therefore its dose is reduced based on the level of QC.

In elderly people, as well as with previously conducted myelosuppressive therapy, it is necessary to reduce the dosage by 22-25%.

Before using the infusion solution, it should be inspected visually to determine if there are any abnormalities in its color or foreign inclusions.

What can be mixed with the medicinal powder "Carboplatin"?Instructions for use asserts that this medication should be diluted in solutions of 5% glucose or 9% sodium chloride. The observed concentration should be 0.5-1 mg / ml.

The medicinal solution must be prepared right before use, since the maximum shelf life of the mixed preparation is one day.

What are the negative reactions caused by the drug "Carboplatin"?Reviews about this tool claim that it can provoke the development of the following undesirable effects:

What should patients know about before using "Carboplatin" medication? Instruction, reviews argue that the infusion of this drug can be carried out only under the constant supervision of medical personnel who specialize in cytotoxic treatment. It is necessary to monitor possible toxic effects, especially when using high doses of the drug.

In the process of therapy with this drug and for the next three months, patients need to use reliable contraceptives.

For preparation, as well as subsequent administration of the drug solution, medical supplies that do not contain aluminum are necessary. This is due to the fact that during its interaction with the preparation a precipitate forms and a decrease in the effectiveness of the drug is noted.

During the treatment with "Carboplatinum" periodic neurological examinations are required, including those of the elderly and people who have previously received cisplatin.

The use of this medication may lead to the development of ototoxic effects, and therefore audiometric tests should be performed prior to the initiation of therapy.

When observing clinically significant disorders on the part of the hearing organs, it may be necessary to adjust the dose of "Carboplatin" or to completely discontinue it.

If the product gets on the skin or eyes, rinse immediately with plenty of water. If swallowed, seek medical advice.

What analogs can be substituted for the drug "Carboplatin"?The instruction for use does not contain any information on this account. Behind it you will have to turn to an experienced doctor. As a rule, experts recommend using the following analogs of "Carboplatin": "Cytoplatin", "Texalkus", "Displanor", "Oxiplate", "Oxaliplatin", "Platinol", "Cisplatinum", "Eloxatin", "Platikad", "Plaksat"," Oxitane "," Oxtera "," Exorum ". 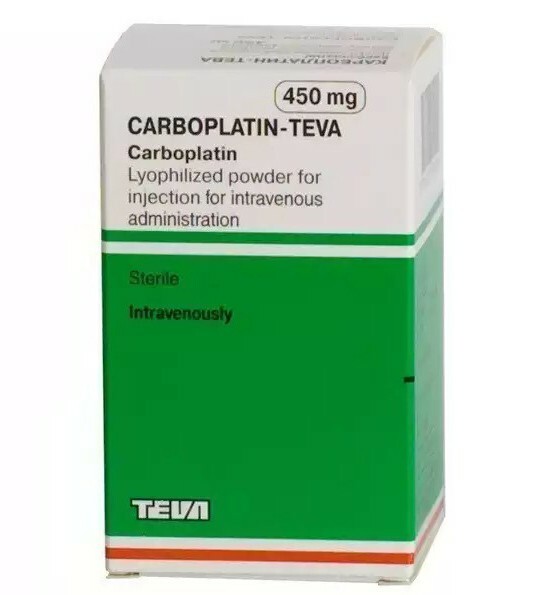 Reviews about the antitumor drug

Now you know what is needed for such a drug as "Carboplatinum"( "Carboplatin Teva").Instructions for use of this drug have also been described above.

The patient's assessment of the toxicity and effectiveness of the drug "Carboplatin" is quite contradictory. Some patients speak about excellent results of therapy of various oncological diseases, while others very often mention the toxic effect of the drug on different human organs and systems, as well as other negative phenomena. Experts argue that this is due to the individual patient's tolerance of the active substance of the drug and its general condition. In any case, cancer requires mandatory chemotherapy. If the medicine "Carboplatin" is not suitable for the patient for one reason or another, then it is replaced by analogues. This replacement of the antitumor drug helps in 90% of cases.