Non-alcoholic fatty liver disease is an ailment that is accompanied by accumulation of lipid droplets in hepatocytes. Such a process affects the functioning of the body and can lead to dangerous complications. Unfortunately, the clinical picture is often fuzzy, and therefore the disease is diagnosed, as a rule, at the last stages of development.

Because pathology is common, many people ask questions about what is non-alcoholic hepatosis of the liver. Symptoms and treatment, causes and complications are important points that should be considered.

What is a disease? Brief description and etiology of 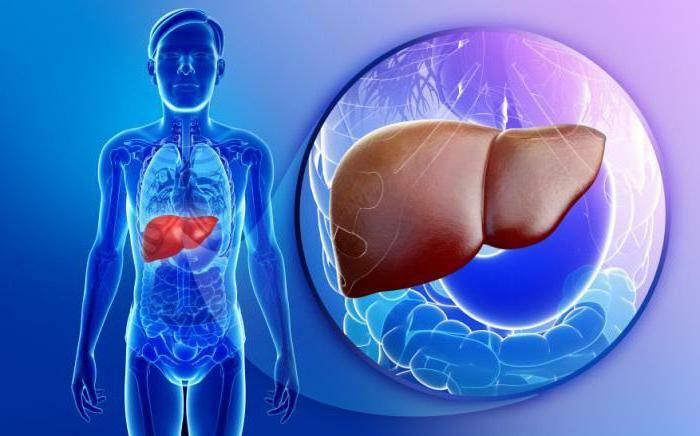 NAJBP, non-alcoholic fatty liver disease is a very common pathology that is characterized by the accumulation of lipids in liver cells( hepatocytes).Since the droplets of fats are deposited inside the cells and in the intercellular space, there are abnormalities in the functioning of the organ. In the absence of treatment, the ailment leads to dangerous complications, increasing the risk of developing cardiovascular diseases, cirrhosis or the formation of a malignant tumor in the liver.

Non-alcoholic fatty liver disease is a problem of the present. According to research, the prevalence of the disease is about 25%( in some countries and up to 50%).True, statistics can hardly be called accurate, because it is rarely possible to diagnose an ailment on time. By the way, men, women, and even children are inclined to it. Mostly from the disease suffer in developed countries, which is associated with office, fixed lifestyle, constant stress and malnutrition.

The main reasons for the development of fatty disease 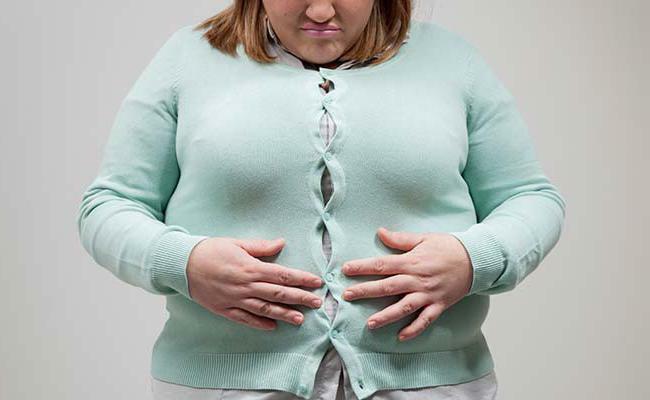 The question of why and how non-alcoholic fatty liver disease develops is still being studied in many research centers. But over the past few years, scientists have been able to identify several risk factors:

There are several ways to qualify the disease. But more often doctors pay attention to the location of the process. Depending on the place of accumulation of lipid droplets, focal disseminated, expressed disseminated, diffuse and zonal forms of hepatosis are isolated.

What symptoms are accompanied by ailment? 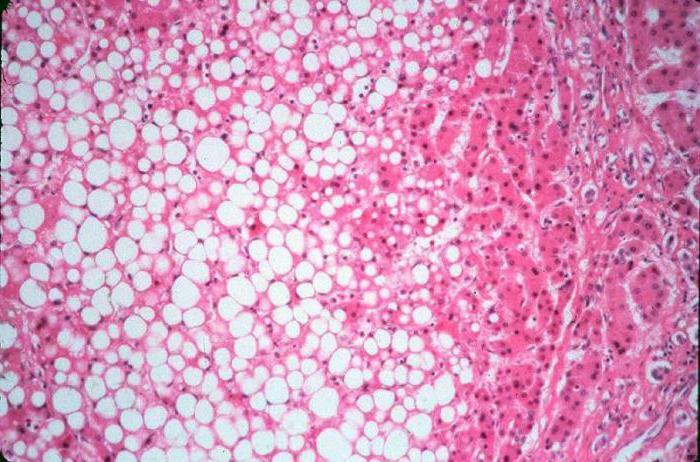 Many people are faced with a diagnosis of "non-alcoholic hepatosis of the liver."Symptoms and treatment are the issues that patients are most interested in. As already mentioned, the clinical picture of the disease is blurred. Often obesity of the liver tissues is not accompanied by severe disorders, which greatly complicates timely diagnosis, because patients simply do not seek help.

What signs accompany non-alcoholic fatty liver disease? Symptoms of the ailment are as follows:

Unfortunately, non-alcoholic fatty liver disease is often diagnosed in children and adolescents. Moreover, over the past few days the number of such cases has increased significantly, which is associated with an increase in the level of obesity among underage patients. 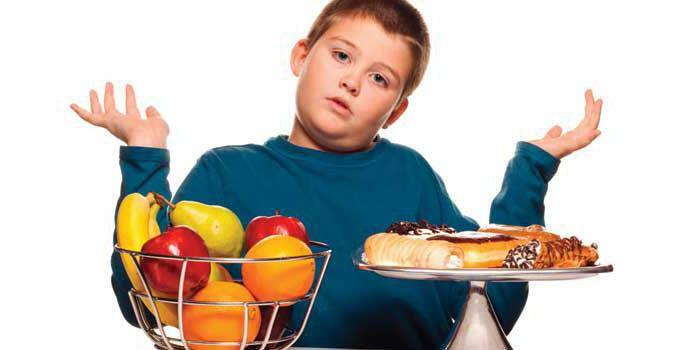 The correct diagnosis is important here. It is for this during the planned school medical examinations that the doctors measure the parameters of the child's body, measure blood pressure, check the level of triglycerides and lipoproteins. These procedures provide an opportunity to diagnose the disease in time. Non-alcoholic fatty liver disease in children may not require any specific treatment( especially if it is detected at an early stage).Correction of the diet and correct physical activity contribute to the normalization of liver function.

If a suspected pathology is suspected, laboratory tests are performed on the patient's blood samples. When studying the results of the analysis, it is worth paying attention to the following indicators:

Instrumental examination of the patient 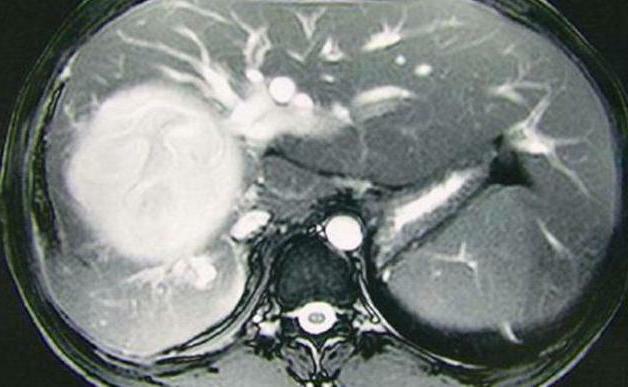 Further tests are carried out, in particular, ultrasound examination of the liver and abdominal organs. During the procedure, a specialist may notice areas of lipid deposition, as well as increased echogenicity. By the way, ultrasound is more suitable for diagnosing a diffuse fatty disease.

In addition, magnetic resonance imaging and computed tomography are performed. These procedures allow you to make a complete picture of the patient's condition and the degree of progression of the disease. By the way, with the help of tomography it is much easier to diagnose local foci of obesity of the liver.

Sometimes liver biopsy is necessary. A laboratory study of tissue images helps to determine whether there is an inflammatory process, whether fibrosis is heavily spread, what are the predictions for patients. Unfortunately, this procedure is rather complicated and has a number of complications, therefore it is carried out only in extreme cases.

Non-alcoholic fatty liver disease, despite the slow course, is dangerous, and therefore requires immediate treatment. Certainly, the scheme of therapy is made individually, since it depends on many factors. 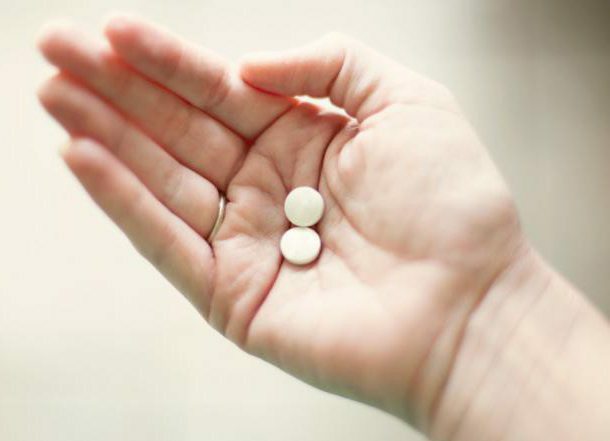 As a rule, in the first place patients are prescribed the use of hepatoprotectors and antioxidants, in particular, preparations containing betaine, tocopherol acetate, silibinin. These drugs protect the liver cells from damage and slow the development of the disease. If the patient has insulin resistance, drugs that increase the sensitivity of the receptors to insulin are used. In particular, a positive effect is observed with the use of thiazolidinediones and biguanides. In the presence of serious disorders of lipid metabolism, lipid-lowering drugs are used.

Since in most cases the disease is associated with obesity and metabolic disorders, patients are advised to follow a proper diet and get rid of excess weight. You can not allow a sharp loss of weight - everything needs to be done gradually.

Regarding the diet, first you need to start to slowly reduce the daily energy value of products. Fats in the daily diet should not be more than 30%.It is necessary to exclude products that raise the level of cholesterol, refuse from fried foods and alcohol. In the daytime menu you need to include foods with a lot of fiber, vitamin E and polyunsaturated fatty acids.

Part of the therapy is physical exercise. You need to start with the feasible exercises( at least walks) for 30-40 minutes 3-4 times a week, gradually increasing the intensity and duration of classes.

Is it possible to treat folk remedies?

Traditional medicine offers a lot of tools that can improve the functioning of the liver and release the body from toxins. For example, it is recommended to mix dry plantain leaves with honey in a ratio of 3: 1. Take a large spoon between meals 2 to 4 times a day. Within 40 minutes after consuming the medicine, it is not recommended to drink water and, of course, to eat.

A decoction of oats grains positively affects the liver. Since it is important to restore the patient's microflora, it is recommended to eat as much fermented milk as possible. It should be understood that self-medication with liver hepatosis can be dangerous. Any remedy can be used only with the permission of the attending physician.