Today we will talk about how the scabies in humans manifest themselves, the symptoms and treatment will be considered in detail. Tell you what measures you need to take to get rid of this parasite. Also consider the types of the disease.

Scabies mite is a parasite. He is the causative agent of such a disease as scabies. In the medical literature, the description of this parasite is found for the first time in the XIX century. However, such a misfortune began to disturb people much earlier. And the first mention of it is of a more ancient character. Then scientists could only speculate on what is causing the illness and how it is transmitted. Only with the advent of the microscope it became possible to study this disease. Studies have shown that infection with the itch mite occurs with close contact with a person, his things and clothes. All members of the family can be ill at the same time. Also there is an opinion that the disease is transmitted sexually, but it is impossible to prove it. After intimate intimacy, tactile contact with the patient also occurs. 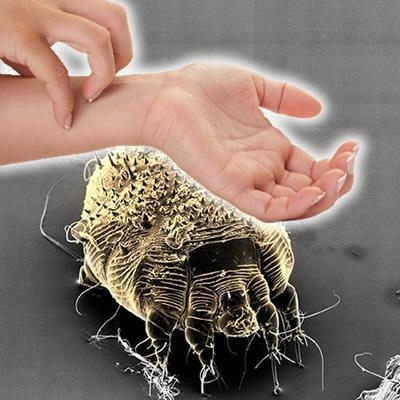 Since the description of this disease a long time has passed, new hygiene products have appeared, the standard of living of mankind has become higher, but it has not become less relevant. Even the most clean people fall into the risk group.

Scabies mite is so small that it can be seen only under a microscope. It has an oval shape. On the front of his limbs are claws, there are suckers, and the back are covered with bristles, which allows him to move quickly. How much a scabies mite lives depends on its sex and age. The female is larger in size than the male and reaches 0.5 mm in length. Her life is thirty days. During this time, she lays 2-3 eggs every day under the stratum corneum. However, her death may occur earlier, if she leaves the owner and undergoes boiling or freezing. At plus temperature, she can live on things and clothes for another three days. The life of a male is very short: after his mission is completed, he dies. Before becoming a tick, its larva passes several stages from the moment of hatching from the egg. But already being larvae, parasites can move from one person to another.

The peculiarity of this disease is that it may not appear immediately. The incubation period can last a month and a half, provided that the infection occurred after contact with the skin of the larvae. If a female tick arrives, the symptoms of the disease appear on the same day. Similarly, a second nucleation occurs.

The causative agent of the disease is known as the "subcutaneous scabies mites" - this is due to the peculiarity of its lifestyle. After it reaches the human skin, the process of fertilization of the female takes place. Then the male dies. And the female begins to gnaw through the tunnels in the skin, in order to lay eggs.

In order to penetrate the skin, she chooses the softest areas of the body: the groin, buttocks, areas between the fingers, feet, abdomen, breasts( in women).In children, it can be the elbows and knee folds, armpits and face. She makes a puncture of the skin and pushes eight moves from him in different directions. The maximum length of such a move is three centimeters. In order to facilitate its work, the female allocates a special secret that promotes loosening of the skin, which, in turn, is manifested by severe itching for the patient.

Consider the main symptoms of the disease, it is: 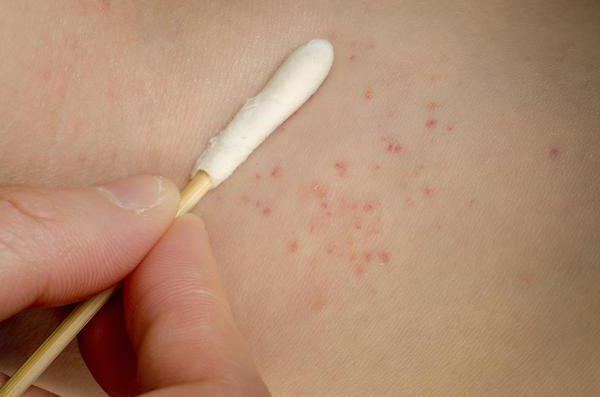 All of the above symptoms are signs of an itch mite. Particularly clean people are difficult to admit to others and themselves that they have such a disease. And they are ready to write down all signs of this disease on anything, for example, on food allergy.

Scabies in a child

Scabies mite in a child can also be found. A feature of this disease in children is that it occurs in them is much heavier than in adults. This mite can affect all areas of the skin, even those that are covered with hair. 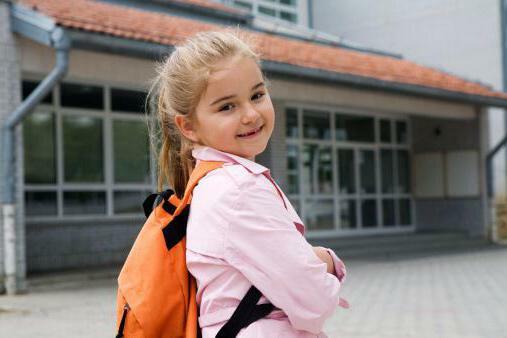 With children up to a year, everything is even more serious. Their weak spot with scabies are legs, they swell, crack, become more friable. This disease in children very often occurs in conjunction with another infection, and its treatment can take many times.

All people without exception are exposed to tick infection. In the event that a pregnant woman falls ill, you should immediately consult a doctor. When examining the patient, he must necessarily take a scraping. What if the scabie mite in a person is found in this case? Treatment in such a delicate situation requires a special approach, since most of the medications to pregnant women are contraindicated. The treatment prescribed by a doctor can be not only outpatient, but also stationary.

Very often, with scabies, women in the position are prescribed aerosol "Spregal".It does not affect the development of the fetus in any way. Apply it to the whole body, except for the head. Do it best in the evening. Once it has been applied to the skin for twelve hours, take a shower and wash off any remaining aerosol with soap.

Depending on the behavior of the tick, the following types of scabies are distinguished:

In order to confidently tell the patient that he has scabies, it is necessary to detect with a microscope the female tick. 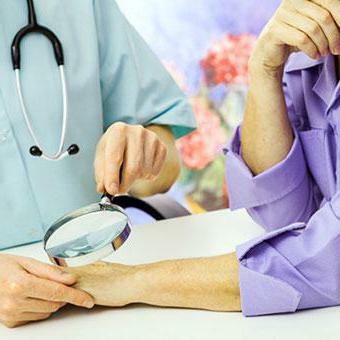 Then, use a needle to remove it from the affected area of ​​the skin. You also need to take a patient scraping for scabies.

Before starting treatment of the disease, it is necessary to familiarize yourself with the basic principles.

All those suffering from this disease suffer the same question: how to get rid of scabies and how long will the treatment take? In the modern world, a large number of diseases are known, which we will consider in more detail. But regardless of the way the process of therapy will take at least a week. Scabies mite in humans. Treatment

In the pharmacy network of any locality you can find a large number of different means for fighting this disease.

The most famous of them is sulfuric ointment. Despite its sharp odor and side effect in the form of skin irritation, it is very effective. Apply sulfuric ointment from scabies tick for five days before bedtime. At this time, you can not change bed linens and take showers. Only after five days you need to wash the whole body with soap and boil the bed linen. The price is low, so the tool is available to everyone without exception. It is worth 20-30 rubles.

Another equally effective tool is Spregal aerosol. This drug from the French manufacturer costs about a thousand rubles. One bottle is enough for five days. It is applied to the skin at intervals of twelve hours and is not washed off during the treatment.

In Russia, the most popular remedy for this disease is the drug "Benzyl benzoate"( its price varies from 20 to 150 rubles depending on the species).The cheapest, but less effective, ointment is considered. More expensive is the emulsion and lotion "Benzyl benzoate".The price of this drug is 150 rubles. But treatment with emulsion or lotion is more effective.

How to proceed if an itch mite in a person is found? Treatment can be done with Medifox concentrate. He will help get rid of the disease in four days. Concentrate is needed to prepare an aqueous emulsion. He is bred in warm boiled water. A third of the Medifox vial should be poured into 100 ml of liquid. Like other remedies for scabies, this solution is applied to the skin once a day. After four days, you should thoroughly wash and wash your clothes, and also boil the bed linen. 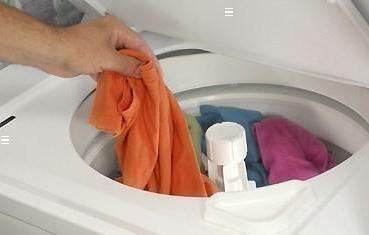 However, folk remedies for treating the disease are not inferior to the effectiveness of medicines. Scabies mite in humans. Treatment with traditional medicine Bakery kvass .If scabies affected only the skin of the hands and had not yet spread throughout the body, then for its treatment you can use a tray with bread kvass. They need to be done several times a day, while hands are placed in a container with warmed and salted kvass for 20 minutes.

It should be noted that you can use drugs or folk remedies only on the advice of a doctor, and in no case can you change the dosage, otherwise the likelihood of side effects is great. These include:

After the disease you cured, do not relax. After all the probability of repeated infection is great. To prevent this from happening, you need to boil all the things and bedding. Also, all family members who have contact with a patient need to visit a dermatologist.

Now you know how you can recognize such a nuisance as a man's scabies tick. Symptoms and treatment of the disease are two very important topics. We examined them in detail in the article. Also we described the types of the disease and the side effects that arise in the treatment of scabies.