What does the MRI of the head show? Magnetic resonance imaging

Magnetic resonance imaging is one of the most advanced and effective ways of diagnosing brain diseases, especially neurological origin. The method of MRI consists of examining some layers of the brain, as well as the detection of abnormalities in its structure. Traditional x-ray does not let you see what the MRI of the head shows.

installation? A typical imaging machine looks like a huge cylindrical tube surrounded by a magnet. The patient lies on a moving research table sliding inside the magnet. Certain tomographs( designs with a small tunnel) are made in the order in which the magnet covers the patient's desk not in full. 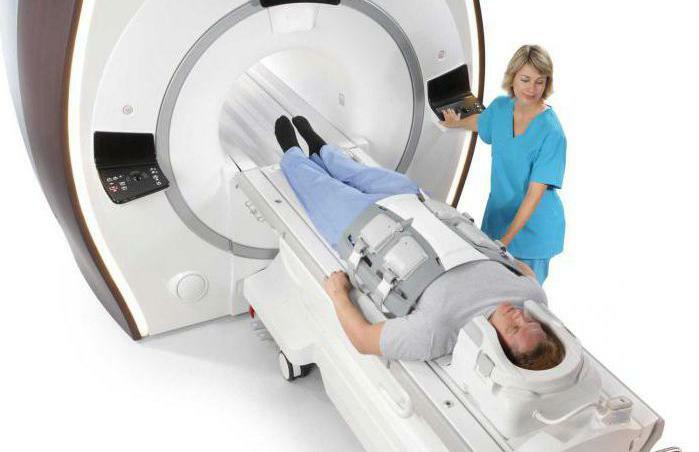 There is an MRI device that is open on the side parts. Such a system is especially good for examining complete people and those who are afraid of enclosed spaces. Current installed magnetic resonance tomographs make it possible to make excellent shots at different surveys. However, if an outdated magnet is used in a simple model, the visibility can be reduced. There are studies that can not be conducted on an open device.

Indications for the implementation of MRI of head vessels can be:

With the above symptoms, MRI should be performed sooner. Tumor of the brain, which can arise as a result of ill-treatment to the doctor, is far from being a joke. If the tomography indicates no complications in the head, then it is necessary to look for the cause in other places. 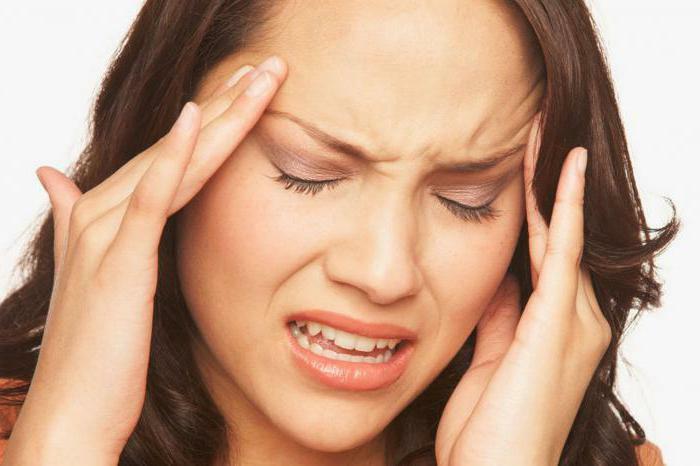 In which directions is the MRI used?

Magnetic resonance imaging is used to identify certain diseases and conditions, such as:

How to prepare for the

procedure Special training is required only when examining the abdominal cavity and pelvic organs. Three days before the examination, you will need to comply with the carbohydrate diet, and for a day - take light foods, and do not drink strong tea and coffee so that the doctor can determine what the MRI of the patient's head shows. The patient is not allowed to drink water and food 5 hours before the event. 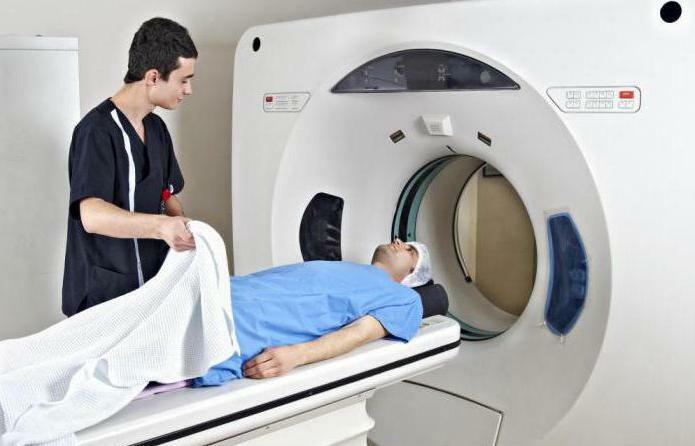 Preparation for anesthesia under general anesthesia

In this situation, there are also certain training rules, namely:

How to make an MRI of the brain and how is it done? Now we will discuss this in more detail. Tomography can be performed both in the order of hospitalization of the patient, and outpatient method. An assistant radiologist puts the patient on a moving table, the position of his body is fixed by means of additional rollers and belts that contribute to his calm position. In the circumference of the body area being surveyed, there are modules with wires that receive and send radio waves. With MRI of the brain, the units are placed near the head.

If there is a need to apply a contrast agent during the examination, then the nurse can insert a catheter into the vein on the arm. A bottle with saline solution can be connected to the tube, which provides a uniform washing system. This eliminates its clogging up to the supply of contrast material. At the end of all the preparatory manipulations, the patient's table is transferred to the inside of the magnet, where the MRI device is located. The radiologist and the secondary medical staff come out of the treatment room during the examination.

After completing the study, the doctor sends the patient to the corridor to wait for the result to be completed, as an additional series of images may be needed. 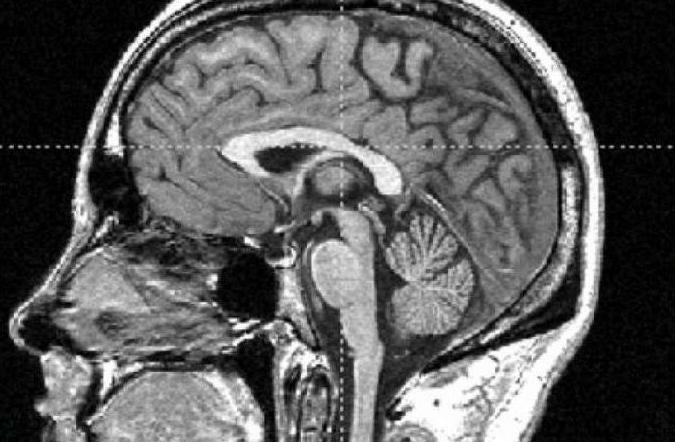 The procedure of tomography, as a rule, consists of the production of sequential mappings. Each of them takes several minutes. And the event itself usually lasts about 45 minutes.

In addition to MRI of the brain( reviews on it can only be heard good), and also magnetic resonance spectroscopy, which allows to evaluate the biochemical actions inside cells. Such an examination takes an additional 15 minutes. Advantages of magnetic resonance imaging 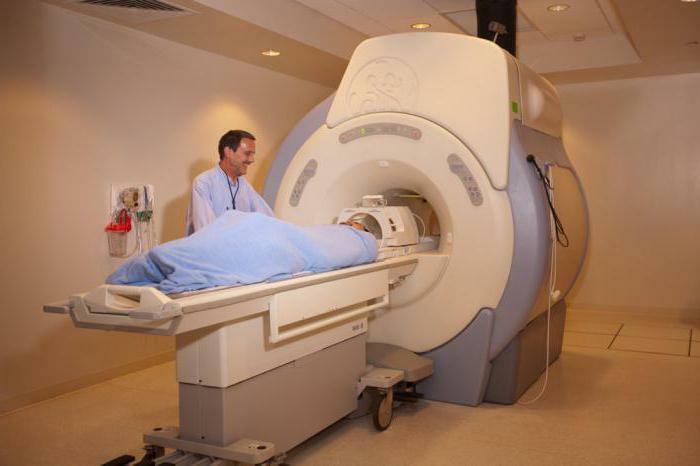 What are the risks of 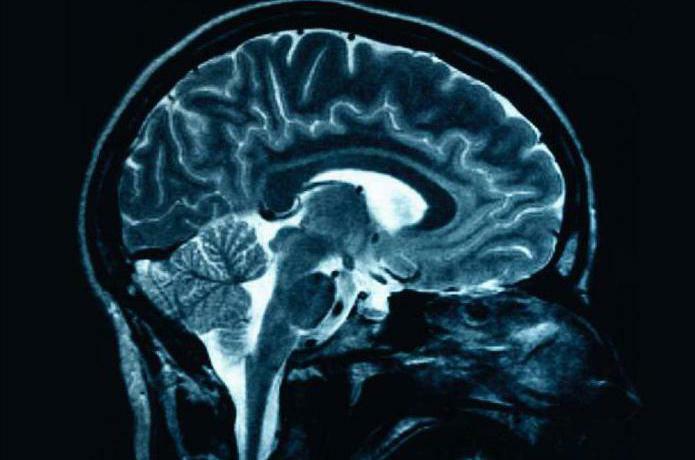 Who can undergo the procedure

Magnetic resonance imaging does not do any harm to a person if the safety measures are observed. Patients who have heart surgery or patients with certain medical settings can easily undergo the procedure and find out what the MRI of the head and other organs shows. Acceptable devices: 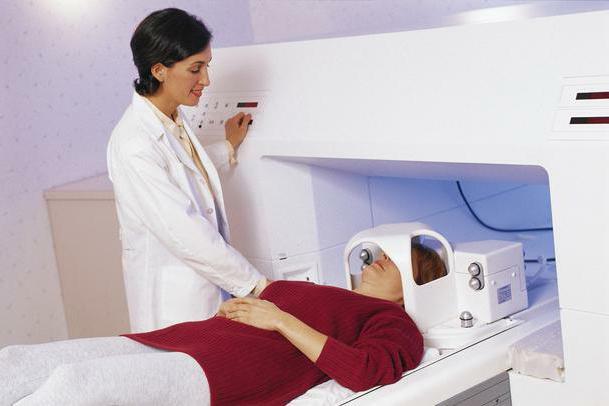 Under certain requirements, MRI will only be harmful if there are:

If the child carries an MRI of the head( the price of such a procedure will depend on the location of the procedure, but on average it is from 2500 rubles), it is necessary to consult the technologist of the tomography in advance. Because it is very difficult for children to survive without movements for a long period. In such a situation, a sedative is used - sleeping pills, sedatives or anesthesia. Also, parents, if necessary, are allowed to have a child in the MRI office during the examination.