Among the children's health resorts of the Samara region special popularity was received by the diversified sanatorium "Youth".Samara is proud of this children's health-improving institution, which is considered one of the best in the region. Among the advantages of the sanatorium is the high level of the medical base and good living conditions. 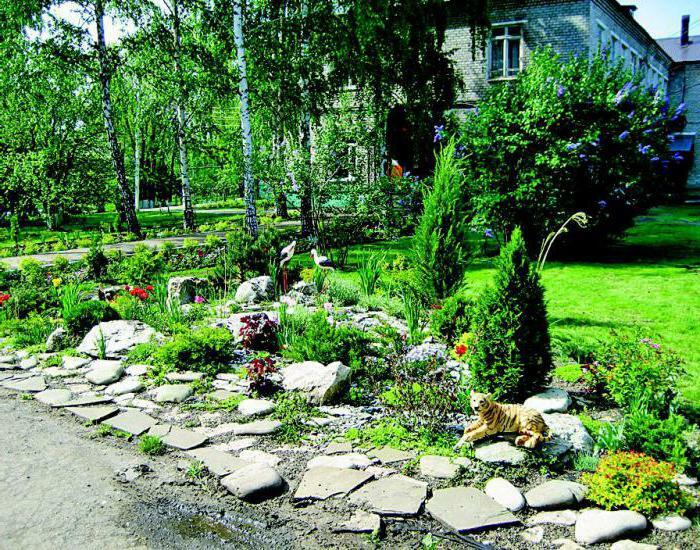 The sanatorium complex has three branches located at three different addresses: in Samara, on the 9th Prospek and Shvernik Street, and in the village of Krasnaya Glinka.

During the year, up to 6000 children get well. At the same time, the health center can accommodate up to 500 children. The sanatorium complex is known not only in the Samara region, but also beyond its borders. Children from Orenburg, Kurgan, Voronezh and Moscow regions come here for treatment.

Each department is a specialized specialized treatment of pulmonological diseases for children who have undergone tuberculosis, cardiological problems, gastrointestinal problems, urinary and endocrine systems.

The health resort accepts children for rehabilitation and rehabilitation from 7 to 15 years. Duration of arrival - 21 days. In addition, the "Mother and Child" program works in the 3rd unit, which allows to treat and revitalize children requiring additional attention of the parents( individual accompaniment) from the age of 4.

A distinctive feature of this children's health center is the high level of medical care. Here there is a team of professional doctors from 13 people( supervised by the sanatorium of the doctor of medical sciences N. Mokina).The specialists of SamGMU and the First Moscow State Medical University are consulting them. Sechenov, scientists of these leading medical universities in the region constantly supervise the work of the children's health resort.

The professionalism and responsiveness of the medical staff are highly appreciated by the parents of children who visited the sanatorium "Yunost"( Samara). Most of them note the good result from the procedures performed, and especially the free medical treatment.

Another important stage in therapy is the medical support of children after the end of the sanatorium treatment. The sanatorium carries out educational work to prevent tuberculosis, schools of diabetes mellitus and for children with heart defects function. A unique program for improving children with phenylketonuria has been developed and is being actively implemented, as well as an up-to-date program to combat smoking. 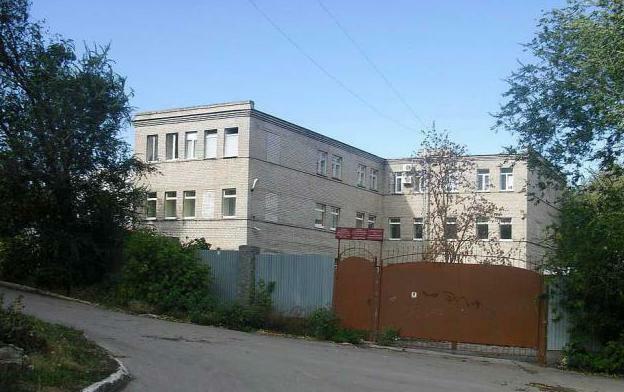 Each department emerged from a previously independent sanatorium of regional importance. These sanatoria existed in the USSR, but at the end of the twentieth century they fell into decay, and only their unification into one health resort allowed to preserve the methods of improving children's health. Today, these are three full-fledged departments that have retained their profile and long-term working hours for improving children's health.

For example, the pulmonology department is the first one at the sanatorium "Yunost"( Samara, 9 clearing, 3 line).How to get here? You will be taken by buses from the bus station № 6 or 6к or by taxi № 36 or 203.

You can find the necessary information about vouchers and treatment in the pulmonology department by phone: 8( 846) 952-94-81.

3rd branch( multi-profile) is located in the village. Krasnaya Glinka, has a very beautiful view of the Volga and the Zhiguli Mountains. The buildings stand in a mixed forest, where birches and pines predominate.

It is here that the sanatorium "Youth"( Samara, Krasnaya Glinka) is located. His address is known to many children and their parents. He is in house number 30. 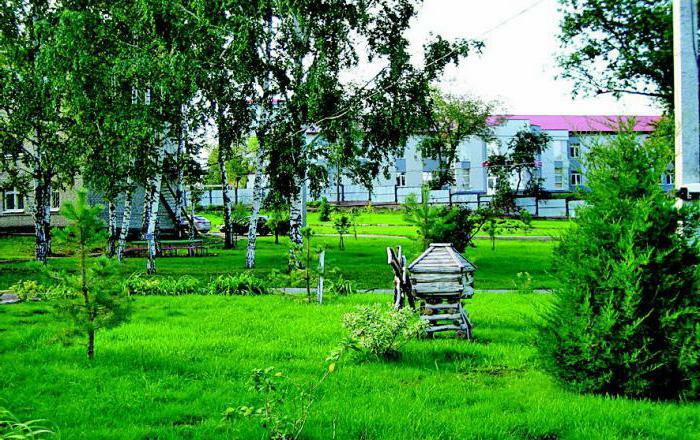 So, with success in health and treatment methods apply:

Among the treatment techniques are also:

The range of balneological procedures is broadened:

Parents' notes indicate that when settling on a free voucher, all procedures( according to the individual course prescribed by the treating doctor) will be held free of charge. To treat a child, you do not need to buy additional medications. 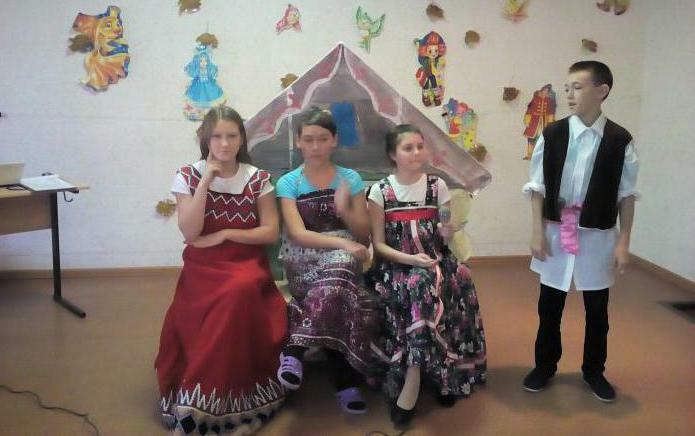 This department treats bronchial diseases and pulmonary problems of a non-tuberculous nature. They treat children with respiratory problems, good results, judging by the responses of parents, it provides treatment for chronic diseases. Another successful area is the rehabilitation of children with bronchial asthma. Good reviews are received and treatment of recurrent forms of bronchitis. Among the patients of this department, children with low immunity, often with respiratory catarrhal diseases, are often found.

However, reviews about the treatment are different. Some parents say that the therapy did not bring significant relief, but many praise it is the improvement of the condition of children after undergoing the course of procedures: the children became less likely to get sick, do not catch colds so often.

If you look at the reviews about the living conditions and the entertainment program, they are very different. Although most of them are positive, but many did not like the lack of a daily shower. Some of the guys could not find friends during the shift or are unhappy with the level of care of the teachers.

This department has its own page in the social network "VKontakte".Here puts the sanatorium "Youth"( Samara, 9 clearing, 3 line) photos. They clearly demonstrate the rich cultural life of the children during the treatment.

This is a specialized narrow profile department. Children undergoing various forms of tuberculosis are being rehabilitated here. In this department, doctors receive special thanks. Their responsiveness and professionalism are very much appreciated by the parents of the children.

Among the important moments in the 2 nd branch of the sanatorium "Youth"( Samara) is called good food, a varied entertainment program for children, the work of permanent circles and the attention of educators. 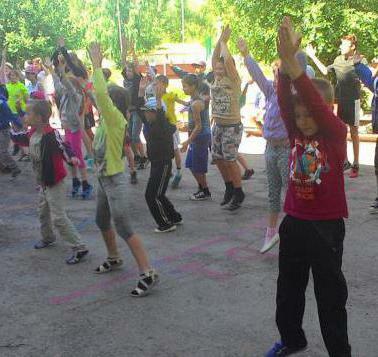 This branch in the sanatorium "Youth"( Samara) has a wide profile. Here are treated:

This branch is located outside the city in the village. South, on the picturesque bank of the Volga.

Reviews about him as children and parents are positive. There are excellent picturesque places and very beautiful nature. Children have the opportunity to go with educators for walks, hikes in the surrounding area( they are always described with enthusiasm).Many like the rich program of work of clubs and clubs on interests. Arranged holidays to various dates. Contests and quizzes, which are often held here.

The 3rd branch in the sanatorium "Youth"( Samara) has a good reputation among the guys, they willingly come here several times. Among the responses of parents there are complaints about the negligence of educators.

Most tour operators write that the settlement of children here goes by numbers with a shower and a bathroom for 3-4 people. However, the testimonies of children and parents indicate that there are 5-6 children in the rooms. There are bathrooms in the rooms, and there is only the possibility to take a shower in a special bath unit.

The shower and its own bathroom are equipped with junior suites and suites. In them, children and parents settle under the program "Mother and Child".Here you can also stay with a child if you buy a ticket for personal funds.

However, it should be noted that in different departments the conditions for resettlement vary. The 3-rd department, which has a sanatorium "Yunost"( Krasnaya Glinka, Samara), is more comfortable rooms, where in winter 4-5 children are littered, and in the 1st( pulmonological) usually in rooms of 5, 6, 7children. 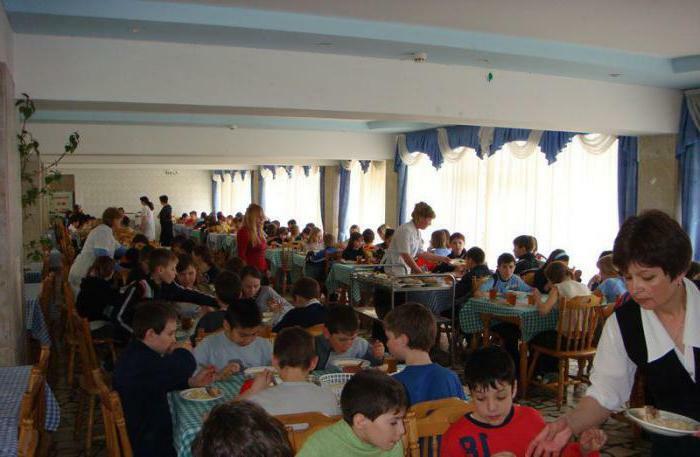 A little about the food

Power 3-time. In those cases when a diet is required for an individual curative plan, it is provided. In the 2 nd compartment, meals are 5 meals a day.

Among the many reviews of this children's health resort, there is not one that children are poorly fed. Among the positive sides, the nutrition of the 3rd department in the sanatorium "Yunost" is also mentioned. Children and parents note that the food is tasty and satisfying here. Special thanks to the chefs and parents of the 2nd branch( Samara, Shvernik Street).

Many parents note that the dishes are diverse, children are given juices, fruits, dairy products.

Some parents complain about the incorrect behavior of the dining room attendants( however, these references refer to 2013).A number of parents are dissatisfied with the fact that they leave before the time set for the free tour and they were not immediately given the put fruit and juices for the days they had not left.

How to organize leisure time for children

Sanatorium treatment suggests that the children will spend a lot of time on medical and recreational procedures. However, the remaining free to call in this health resort is difficult. Concerts and performances of the puppet theater are constantly held here, movies are shown. Children are involved in competitions, quizzes, festive performances. In warm weather and good weather children go for walks and hikes, go on excursions.

On a permanent basis, there are mugs: modeling, beadwork, macrame, artistic photography. There are clubs on interests, a theatrical workshop, a choir, separate literary and musical classes.

In the summer months, children rest on a furnished beach, go hiking. The rest of the time they perform therapeutic walking, they are engaged in exercise therapy in the open air. All this is organized in the 3-rd branch( sanatorium "Youth", Samara, Krasnaya Glinka).The photo below shows some moments of outdoor activities. 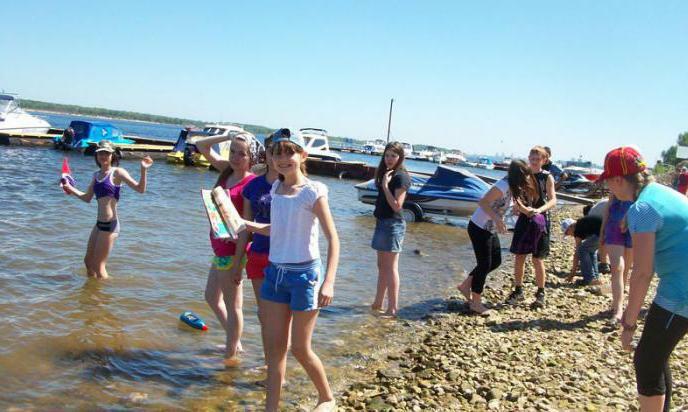 What small patients write about the health resort

The guys in the "VKontakte" group and on their pages leave good feedback about staying in this health resort. They are impressed by the new environment and the possibility of new informal communication. Many here find friends.

Almost all children like the atmosphere of friendliness, rich cultural life, the opportunity to communicate with their peers.

Among the reviews there are stories of children who went to the sanatorium several times. They write good words about educators, medical staff. Many people are waiting for a new opportunity to rest here. 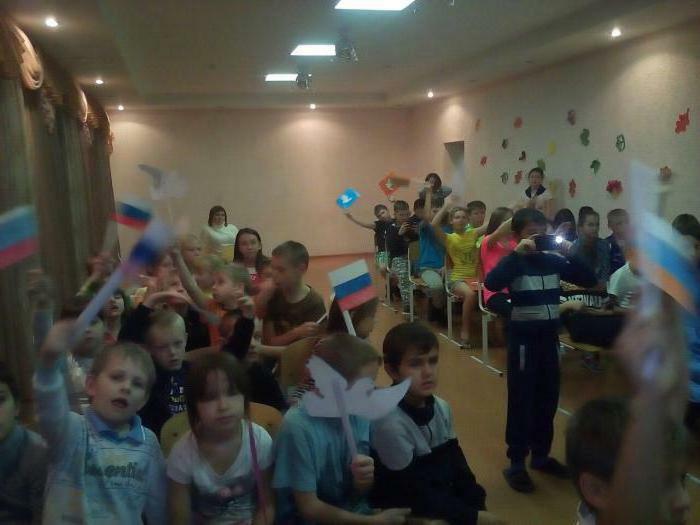 Many parents thank the health resort administration for the good organization of treatment and recreation for their children. Among the reviews can be found and those that leave mothers, whose children are treated here often. They write positive reviews about treatment and nutrition. Their children are satisfied with their leisure time. The third positive branch receives the greatest number of positive ratings, which is located at the sanatorium "Yunost"( Krasnaya Glinka, Samara).Many positive posts and two other offices. Children after the end of treatment willingly communicate with each other.

A small percentage of negative parent responses consider the problem of early return of children to their homes. Usually their offsprings became ill during their stay in the health resort.

Sanatorium "Youth"( Samara) reviews from parents are not always as supportive as from children. Among the parents' posts there are negative, but they are mainly related to 2013.It mentions the lack of supervision of children( as a result of which they became ill), the rude behavior of staff in the canteen and the omissions of some procedures.

In general, the majority of reviews of both children and their parents are positive, they note qualified medical care for children, good conditions for rehabilitation, rehabilitation, good nutrition and skillful organization of children's leisure.