Diet for inflammation of the intestines: menu

Intestine is the common name for several parts of the gastrointestinal tract, each of which plays a crucial role in the digestion of food. In its function is the splitting of food by means of enzymes to the smallest particles. Therefore, any inflammation, regardless of the causes, is fraught with serious complications. Diet with inflammation of the intestine plays a crucial role.

Intestine is divided into two sections - thick and thin, which are named according to their thickness. In the small intestine, the food is ground into small components, which then break down in chemical composition. Here, there is an absorption of nutrients into the body. In the large intestine there is a formation of digestive waste and absorption of water into its walls. The intestine is closely connected with all organs that enter the digestive system. For example, it is from it that hydrochloric acid enters into the stomach, and bile enters the intestine. He is involved in the production of hormones and the defense of the immune system. Performing so many important functions, the intestines require careful attention. Inflammatory processes in it can be localized in different departments. The small intestine has three departments, each of which performs certain tasks. If the work of any of them is disrupted, inflammation of the small intestine begins. Diet in the treatment of diseases associated with this inflammation, is appointed by the doctor and represents a menu that includes mashed cereals, light soups, and most importantly - fractional meals in small portions several times a day. 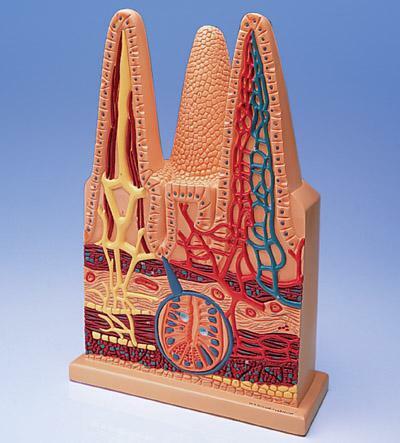 Inflammation of the duodenum, or duodenitis, occurs usually as a result of ingesting into it substances with high acidity from the stomach, which injure the mucosa. The duodenum is quite short, this is the part of the intestine where food is processed by the digestive pancreatic juice, so its inflammation is directly related to various diseases of the stomach or pancreas. In these cases, in parallel with the treatment of duodenitis, it is necessary to conduct therapy for diseases of other organs. Correct work of the duodenum is also important because it produces hormones for the digestive system. Diet with inflammation of the intestine contributes to the establishment of the functions of this department.

Sometimes a secondary duodenitis occurs when food that enters the duodenum can not pass further through the intestines due to adhesions or scarring. Often this happens after surgical operations on the intestine. The danger of this disease is that the initial stage of it passes completely unnoticed. As the disease develops, symptoms such as diarrhea, sometimes with blood, or constipation, severe pain in the stomach and hunger. Severe effects of duodenitis can be perforation of the intestine and internal bleeding. If there is no treatment for the chronic form, organ atrophy can occur.

Treatment of duodenitis depends on the form, stage of the disease and the causes that caused it. However, in any case, treatment should be accompanied by the strictest diet. Its principle is that the cooked food does not irritate the mucous membrane of the duodenum. Proceeding from this, it must be warm, not hot, frayed, unsalted and unfriendly. Allowed porridge, soups, non-acidic, soft fruit. Vegetables bake well. Depending on the form and causes of the disease, dietary recommendations may change. The question of what kind of diet for inflammation of the intestines is required for the patient, can be solved only by the attending physician. 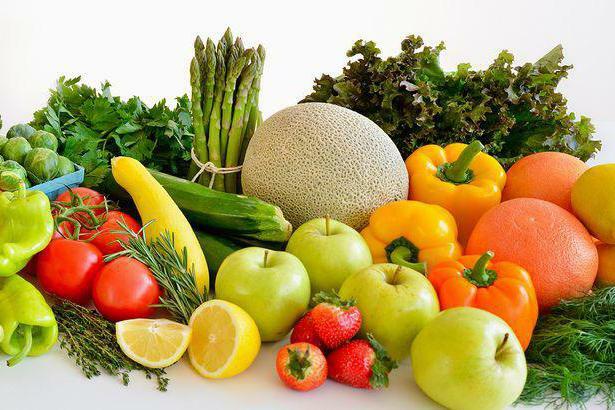 The jejunum may have a length of up to two meters. Its function is to develop the enzymes necessary for the further conversion of complex organic compounds into simpler substances, which are fatty acids, amino acids and simple sugars, which then enter the bloodstream. Inflammation of the jejunum is called jejunitis. Since the function of the jejunum is associated with providing the body with nutrients, impaired absorption can lead to its depletion. Treatment of the disease is usually carried out in a hospital and requires mandatory diet with a sparing diet.

Acute or chronic inflammation of the third part of the small intestine - the abdomen - is called ileitis. This is a fairly common disease that occurs more often at the age of 20-40 years. The acute form is usually characteristic of children and is caused by bacteria or viruses. The complexity of the disease is that it is impossible to diagnose with endoscopic methods, which causes errors in the diagnosis. 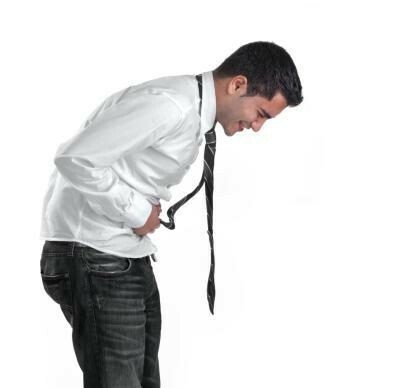 Treatment of the disease is usually carried out in a hospital, and drug therapy is accompanied by a sparing diet that excludes sharp or fried foods. Children are contraindicated in chocolate, and the diet for inflammation of the intestine in adults excludes alcohol, smoking. The menu contains lactic acid products, vitamins, proteins, astringents. The amount of fiber is limited.

Functions of the caecum

The large intestine also consists of three sections with its structure and functions.

The caecum is the first section of it, it has a vermicular appendix. In the function of the cecum enters the further digestion of food, which the main cleavage has received in the small intestine and from there entered the cecum. Here, too much fluid is absorbed. Very important and the role of the appendix - it provides protection from pathogenic microorganisms that are the cause of infections. In addition, the appendix reproduces useful intestinal microflora.

Inflammations of the cecum include tiflitis( inflammation of its tissues) and appendicitis. Treatment of tiflita requires antibiotic therapy, bed rest and a special diet. The diet for inflammation of the large intestine is administered individually, depending on the course of the disease. Products must be prepared for a couple. The main condition - they should not irritate the intestines. Useful jelly, porridge, with constipation - boiled vegetables, compotes, and with diarrhea - white, slightly dried bread, broths of low-fat meat. Fruits can irritate the intestinal mucosa, so their use is severely restricted. The diet for inflammation of the intestine in an adult differs from that of a child, which is associated with a different course of the disease.

Another inflammation in the caecum is the process in the appendix, which begins when the lumen of the appendix is ​​blocked by foreign bodies, causing the multiplication of pathogenic microflora, swelling of tissues that provoke pain and spasms in its cavity. Treatment in this case can only be surgical, otherwise the appendix will burst and there will be a peritonitis with a threat to life.

There is also a chronic form of appendicitis, in which conservative treatment and a corresponding diet are prescribed. Inflammation of the intestines, the symptoms of which give a blurred picture of the disease, can be mistaken for appendicitis.

The colon is a continuation of the blind and itself has several sub-departments. Inflammation of the colon can be caused by malnutrition and a sedentary lifestyle. Although some of the harmful substances are excreted from the body, most of them are absorbed into the intestinal wall and lead to serious diseases, such as colitis, sigmoiditis, diverticulosis and others. Treatment is carried out by antibacterial and antiviral drugs. Then the patient is prescribed bifidobacteria and other similar drugs. If there is inflammation of the intestine, diet and treatment with medications in many cases are supplemented by physiotherapy procedures.

Inflammation in the rectum is called proctitis. It occurs more often due to constipation. The cause of it may be infection, mechanical damage, improper nutrition. The disease is very dangerous, it can develop imperceptibly, and then suddenly manifest acute pain. Therefore, timely and correct diagnosis is of great importance. Treatment of proctitis includes such components as: 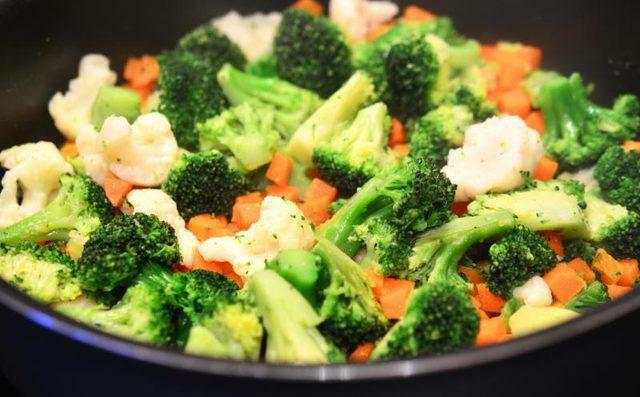 Drug therapy plays an important role, however it does not help without strict adherence to dietary recommendations. Diet with inflammation of the intestine excludes sharp, fatty foods, sweet and salty. Such food contributes to the appearance of constipation, which is unacceptable to restore the function of the rectum. The amount of fruit in the diet should also be reduced because of the risk of mechanical damage to the inflamed mucosa. In the menu it is better to include grinded meat, sour-milk products, light soups and well-boiled liquid porridges.

Hygienic procedures consist in the use of enemas and baths with decoctions of medicinal herbs, such as chamomile, string, yarrow, or with potassium permanganate. Enema is applied twice a day, and the bath is well used at night. After the removal of acute inflammation put enemas with sea buckthorn oil or tampons for the night.

The impact of stress on intestinal inflammation

Studies show that almost 90% of diseases in the human body are due to problems with the intestines or stomach. Modern food contains a large number of chemical additives, artificial fats and sugar. The digestive organs can not cope with such a volume of toxins and do not have time to remove them. Poisons for years accumulate and are absorbed into the walls of the intestine and stomach, poisoning the entire body, which causes many diseases and allergic reactions. Therefore, a diet with inflammation of the intestines and stomach should help to cleanse the organs of toxins. 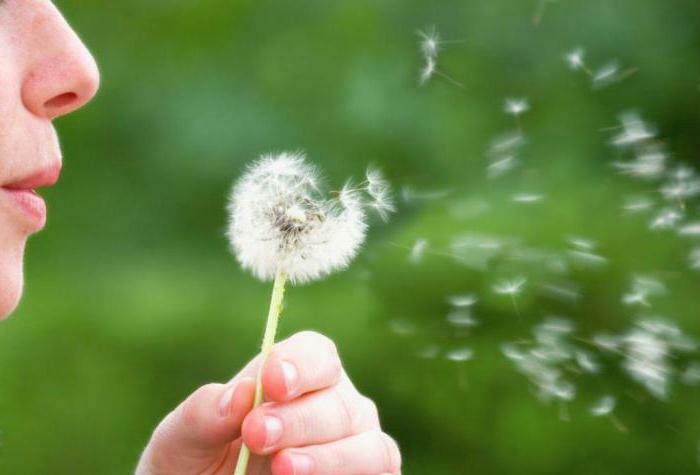 The gastrointestinal tract is similar to a tube that passes through the entire body. Some doctors represent the contents of the intestine and stomach as an external environment in relation to the rest of the organ systems. The digestive system supplies the entire body with food and energy, so it is so important that it functions properly. However, in addition to organic pathologies of the digestive system caused by a malfunction in the work of its organs, there are such functional diseases that are associated with stresses, nervous experiences. After such emotional overloads, disorders of the digestive system can occur in the form of diarrhea, stomach pain, and even vomiting. The occurrence of such symptoms after stress is explained by the presence in the stomach and intestines of a large number of nerve fibers, the impulses from which are transmitted to the digestive system. After the removal of stress, these symptoms also disappear.

The role of nutrition for intestinal health

Thus, the onset of diseases of the digestive system affects many factors, and essential among them is the food system. Therefore, in any case, the diet for inflammation of the intestine plays one of the main roles. The sample menu includes lean soups or mashed soups for the first, grinded lean meat, fish with boiled vegetables for the second, and also boiled porridges, compotes and kissels. Of great importance is the intake of food in small portions, which will protect the intestines from overloads. Diet with inflammation of the intestine in an adult suggests the conclusion of dinner for three to four hours before bedtime. 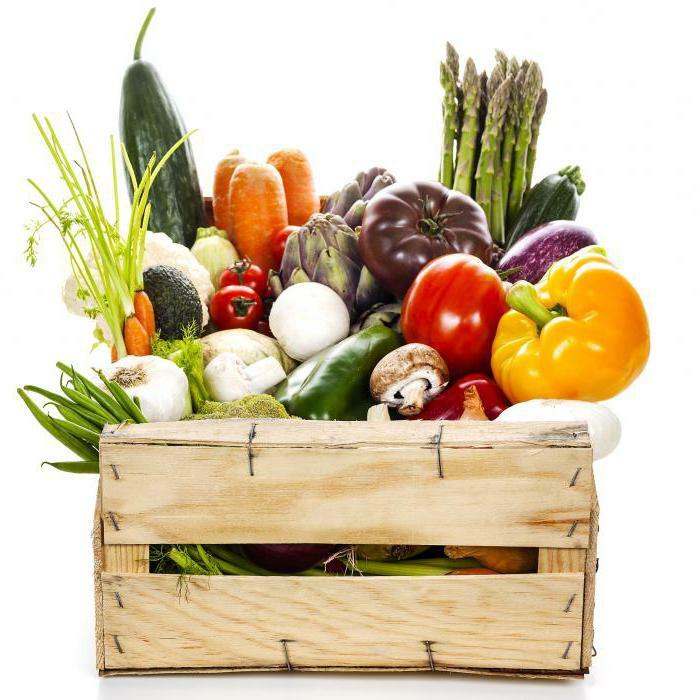 The human body is a complex self-regulating system in which every cell and every organ performs its function, and their coordinated work supports its life. The intestine is one of the main organs of the digestive system, since the final stage of food processing is associated with it.