Allomedin is a topical gel designed to protect the skin and mucous membranes from the negative effects of viruses that can cause inflammation and lead to the development of neoplasms of epithelial tissues. 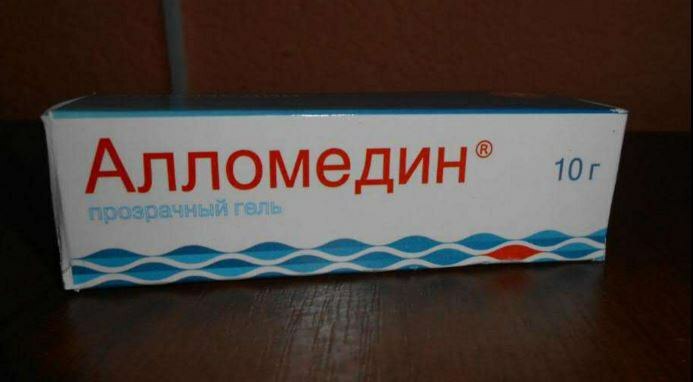 The drug is effective when the first symptoms of herpes appear."Allomedin" stops the inflammatory process, helps restore the natural appearance of the skin, relieves swelling, allows you to quickly get rid of itching and burning. If the initial stage of herpes development is missed, a full recovery occurs 3-6 days after the start of the drug use.

Allomedin is a gel based on allostatin and auxiliary substances, which include sodium hydroxide, ethylhexyl glycerol, phenoxyethanol, allantoin, water, carbopol. There are no complete analogues of the preparation containing the same active substance. It is a natural alloferon isolated from the immune system of insects. Allostatin has a harmful effect on viruses, its effect is due to the activation of the cytotoxic cells of the immune system.

Cells affected by the virus are destroyed, but the drug does not harm healthy cells. The action of the gel is aimed at eliminating the source of infection and stimulating the regeneration of the epithelium."Allomedin" is a gel that reduces the number of relapses, it is active against the papilloma virus with an active growth of the neoplasm. The use of this drug eliminates the possibility of forming new warts, genital warts and papillomas. 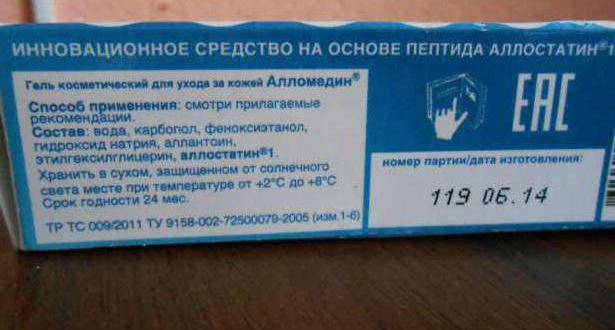 Indications for use of "Allomedin"

"Allomedin" is prescribed when infected with papilloma viruses, herpes and others that disrupt the healthy state of epithelial tissue. The drug is used to restore affected areas of mucous membranes and skin.

During pregnancy and lactation, the drug is used with caution and only after consulting a doctor. Treatment of patients with allergic diseases of the skin and children under 12 years with the use of a drug such as "Allomedin"( gel), the instruction for use also prohibits exercise without consulting a doctor.

Application of the gel "Allomedin"

For diseases of the mucous membranes and skin caused by viruses, you should definitely consult a specialist to prescribe drug therapy. 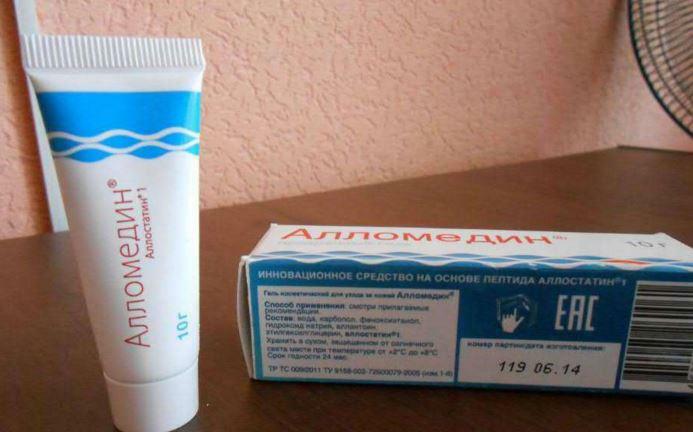 "Allomedin"( gel) instruction allows you to apply for damage of a different nature, the development of which occurs due to the effects of viruses. With herpes, which is accompanied by minor eruptions on the face, it may be sufficient 1-2 days for the application of the drug 1-3 times a day. In severe lesions, the use of a gel is required for 5-7 days from one to three times a day.

The gel is quickly absorbed in the places of its application, it has protective and regenerative actions.

The drug is most effective at the very beginning of herpes development, when symptoms such as swelling, redness, burning and itching are present. Sites of mucous membranes and skin on which rashes are present are covered with a remedy 2-3 times a day.

The herpes gel "Allomedin" is used 2 or 3 days for a lesion and 5 to 7 days for a genital if the eruption is eliminated. If there is a need for longer use of the drug, it is used until the affected areas are completely restored. Genital warts, vulgar warts, papillomas, located on the skin and mucous membranes, are also indications for the use of the drug.

If there is papillomas, the gel is applied for three weeks twice a day or according to the scheme provided for destructive interventions.

Molluscum contagiosum requires application twice a day for 1-2 weeks or according to a scheme for destructive interventions.

Before the destructive intervention, "Allomedin"( gel) should be applied 2 times a day for 3-6 days, after the intervention - twice for 5-7 days. You can use the drug until full recovery. 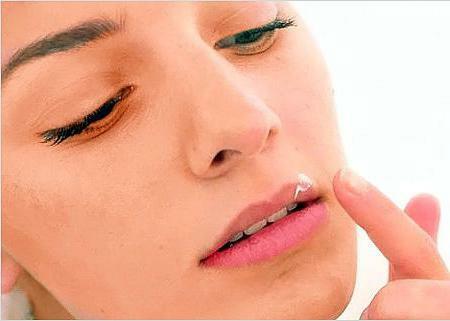 Some patients may develop new herpetic eruptions as a result of the use of the drug. The patient may think that the drug did not bring a positive result and worsen the situation, in fact at this time in the human body increases immunological activity.

It may seem that the condition has worsened, but at this time the foci of virus multiplication are determined, the action of the gel is directed to their destruction. The product ensures a persistent positive effect.

A latent infection caused by viruses can be a sign of a defect in the system of antiviral immunity. If you discover a side effect of the drug "Allomedin" you need to consult an immunologist.

The effectiveness of the preparation

The best effect is observed when using the drug immediately after the appearance of the first signs of herpes. If the disease is detected in a timely manner, the subjective sensations with which it is accompanied pass several hours after the application of the gel, further development of the disease usually does not occur.

"Allomedin"( gel) reviews can be attributed to the most effective means, whose action is aimed at protecting the mucous membranes and skin from viruses. In addition, the drug contributes to an increase in the disease-free period. 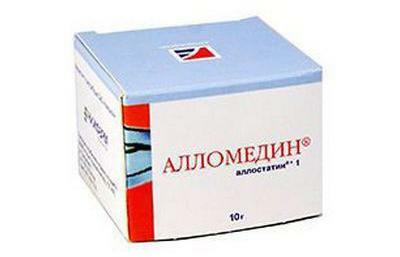 If the gel is used for papillomatosis, the reproduction of the virus is suppressed, inflammation is eliminated. The drug prevents the spread of the virus to healthy areas of the skin and mucous membranes. The gel does not allow the formation of new papillomas, reduces the likelihood of cancer development due to the oncogenic papilloma virus, which is important.

Reviews about the drug are different, the gel does not help everyone, some people do not feel any relief. Many "Allomedin" is suitable. Judging by the reviews, he not only removes the rashes, but also reduces the number of relapses, excludes heavy inflammation. Patients whose herpes were diagnosed at an early stage of development report that the next day the damaged skin and skin begin to heal. However, everything is individual, so it may take more time to recover.

When using "Allomedin"( gel) with HPV, the reviews show that it is not always effective. Similar opinions among people who were treated with this gel for a molluscum contagiosum. 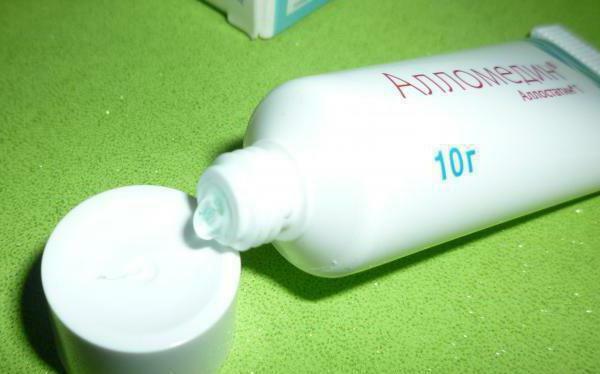 Based on such reviews, the following assumptions can be made:

There are no complete substitutes for such a drug as "Allomedin"( gel).The analogue can be chosen only by a similar pharmacological action and indications for use. To compare the original product with analogs, you should carefully read their active ingredients. It is not necessary to replace the gel with a similar preparation yourself, in this case the permission of a specialist is required. 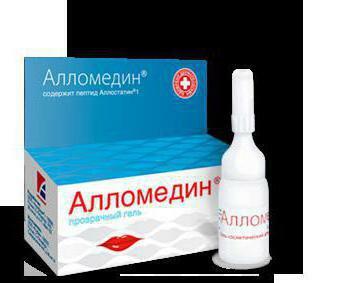